After much procrastinating, I have turned what was formerly the blog I kept while building the sabani in Okinawa to now a general blog about my work.  In the two year interim, various interesting boat-related things have happened, so I will begin by working through a backlog of material on various subjects.

The first still involves the sabani.  Just recently the JapanTimes did a very nice article about my work in Okinawa, written by Mick Corliss, an American writer living in Tokyo.  I had met Mick once, briefly, several years ago and we stayed in touch.  He decided to take his family for a New Year’s holiday to Okinawa and traveled all the way to Iejima to see me.

The sabani itself was transferred to the Museum of Maritime Science (Funenokagakukan) but that institution recently closed its doors.  A rebuilding of the museum had been planned but is now on hold due to the tsunami recovery.

In Okinawa the sabani races continue.  This year’s race was rescheduled due to an early typhoon, and the later start reduced the number of boats by almost half.  In the end 27 teams participated.  Thanks to Mr. Noby Kobayashi for these photographs. 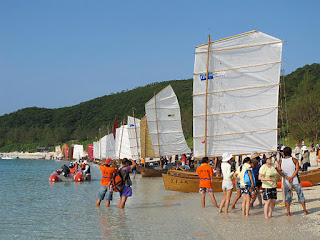 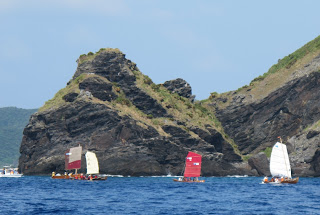 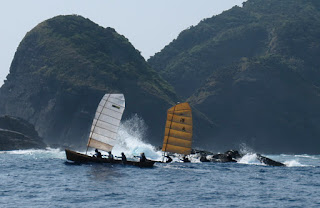 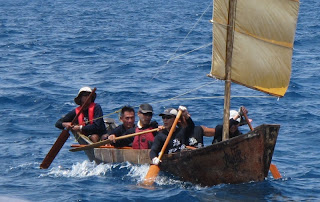 Posted by Douglas Brooks at 7:47 AM No comments: