2020 Note: This cooper is now retired but has been assisting younger coopers and clients make barrels. He is probably the person most knowledgable with the craft nation-wide, having done exhaustive study of the craft. A film was being produced about him which you can learn more about here: http://disappearingvillagefilm.com/tlc-home 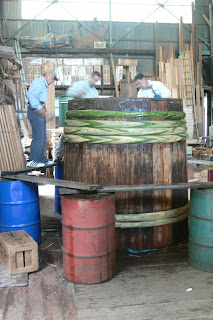 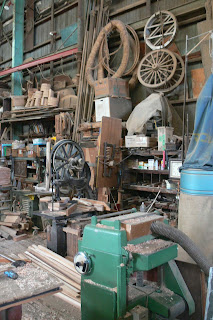 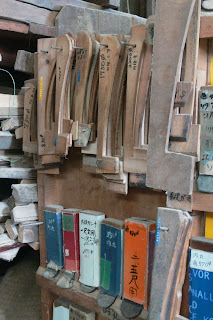 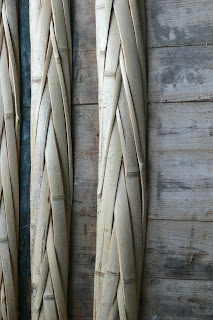 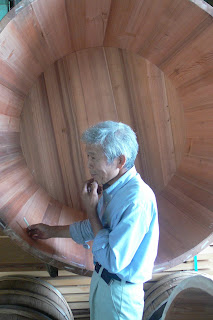 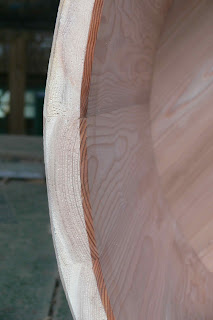 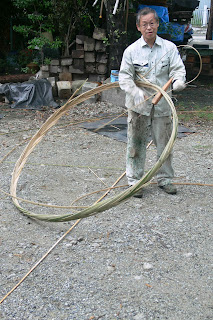 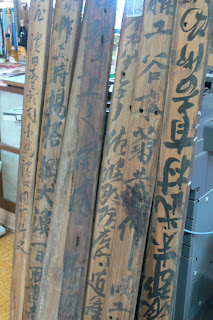 The firm's owner has been saving old barrel parts.  These are sections of the bottoms of barrels, with writing on their edges.  He's found all kinds of information recorded on plank edges, including date and location of construction, price, owner and even wages.
Posted by Douglas Brooks at 1:42 PM 2 comments:

I was invited to Japan this September to speak on rural cultural preservation at a conference in Kameoka, a small city outside of Kyoto.  My hosts were the Hozugawa Kudari (Hozu River Tour Boats) and Kyoto Gakuen University. 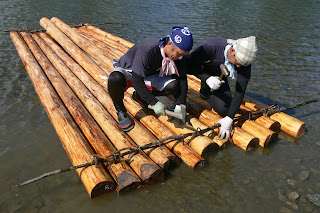 My first day in Kameoka I attended an all-day workshop on the Hozu River.  The boatmen of the tour boat company have formed a volunteer group to revive the craft of ikada, or log rafts.  These were built to transport logs down the white water Hozu River and deliver materials to Kyoto. 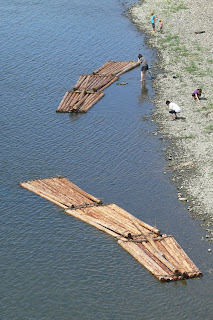 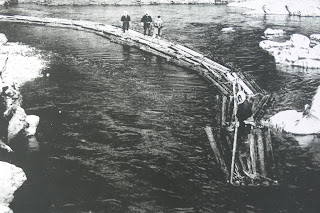 The group managed to find two men who had first-person knowledge of how these rafts were made and, more importantly, had the skills to navigate rafts downriver.  The ikada group spent the morning making three log rafts and teaching students and other visitors. 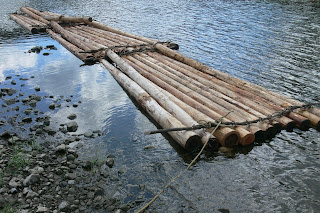 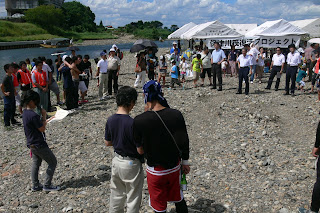 The afternoon was spent running a short stretch of river with children on board.  The group has run the full length of the river, and the video footage of their efforts is stunning. 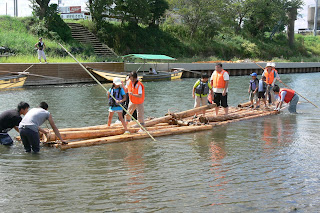 Posted by Douglas Brooks at 3:15 PM No comments:

I have several speaking engagements coming up.  I will be talking about my work in Japan at the Norwich Public Library in Norwich, Vermont on March 22nd; the South Hero, Vermont public Library April 18th; and then speaking at Maine Maritime Museum in Bath, Maine May 10th.  I've also been invited to speak at the University of Vermont to the Japanese Department (open to the public) sometime later in the semester.  I will keep this blog posted, or contact me via my website.

Organizations in Vermont, such as libraries and schools, can apply to the Vermont Humanities Council Speakers Bureau Series to have me come and lecture.  The VHC will fund an honorarium.

Douglas
Posted by Douglas Brooks at 7:27 AM No comments: