This is now my third blog posting about Nagatsu san, the saw sharpener in Kyoto, but he remains such an interesting part of my travels I can't help but write about him again.  Two weeks ago when I first arrived back in Japan I stopped by his shop to give him a gift: an antique Disston handsaw.  He seemed to appreciate it but a few days later when he attended our boat launching I was stunned as he handed it back to me.  He had cut entirely new Japanese-style teeth on the saw!  AND they cut on the push stroke!  It was absolutely stunning.  He handed me the saw and told me to try it out and come see him again. 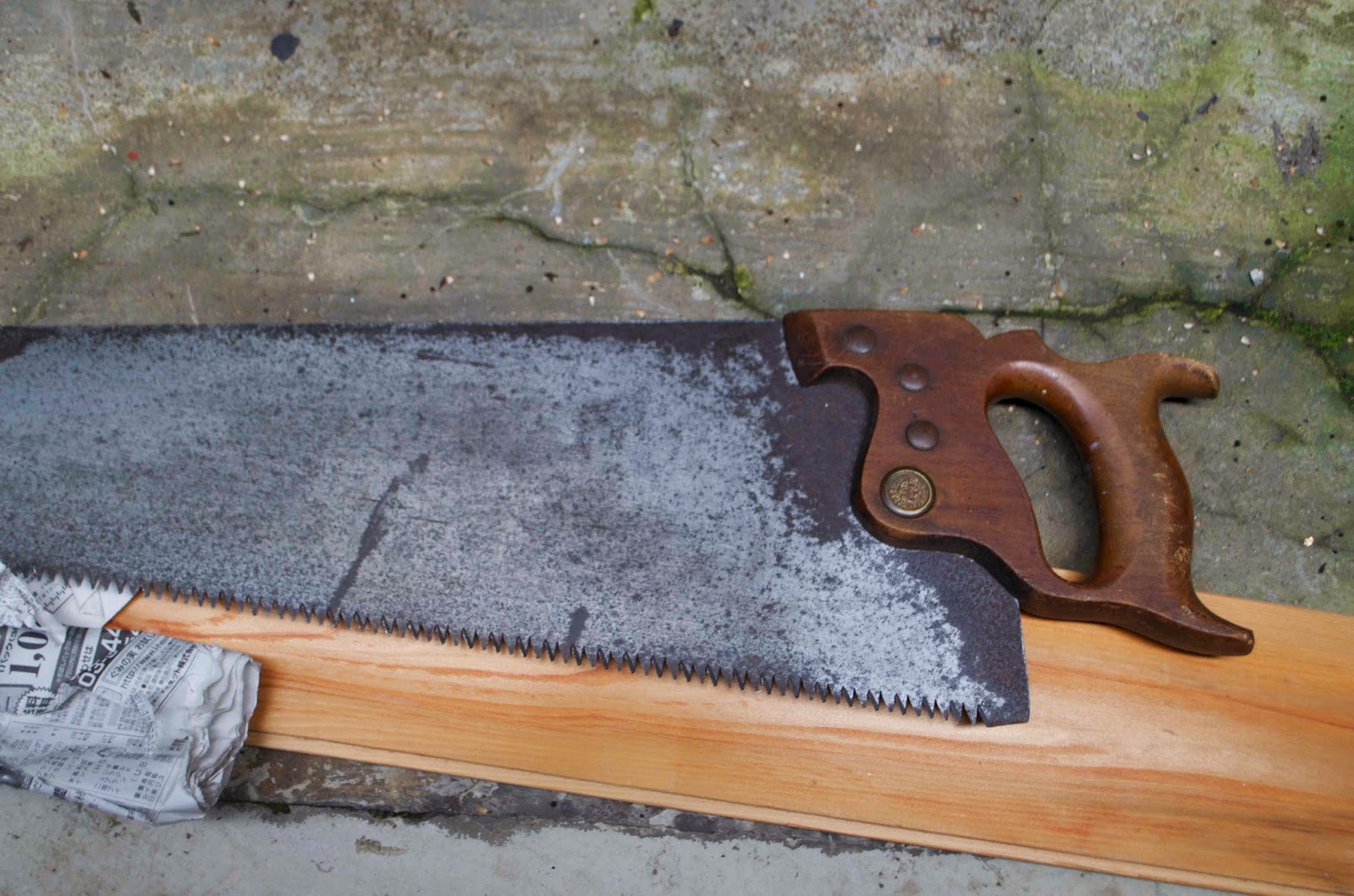 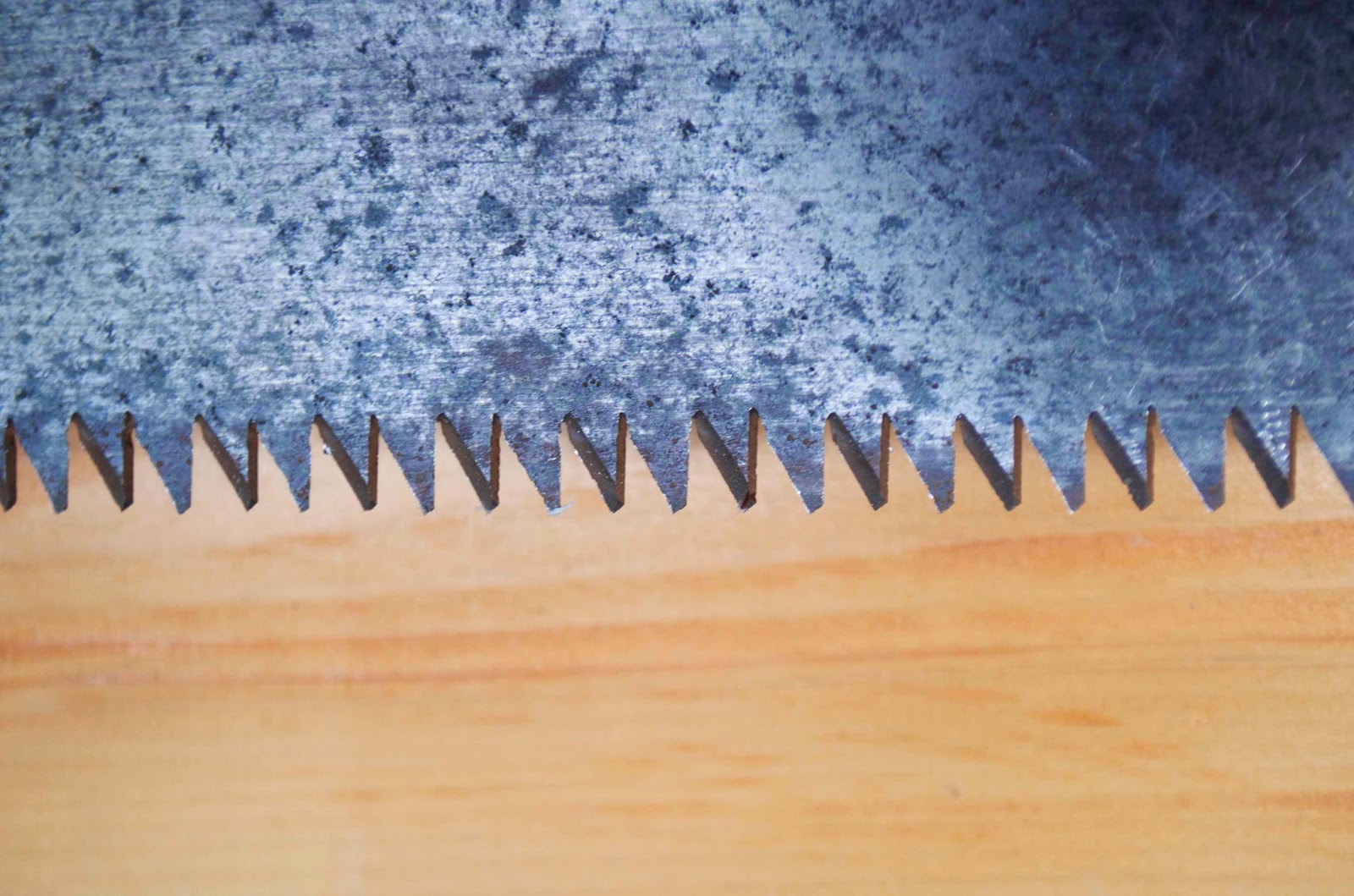 I got back to his shop my last full day in Japan and indeed the saw works beautifully.  However, he didn't like how the end of the blade vibrated, so he spent about fifteen minutes hammering the saw with various hammers.  I don't know how this works, but it stopped vibrating.  Then he gave me the saw, saying that he had enough stuff.  I asked him how many hours it took him to re-cut the teeth and he said it was two sessions of four hours each.  He also surprised me by saying he thinks the Western idea of push-style saws is superior to Japanese pull saws.  His reasoning is that pushing a saw requires just one arm.  One is generally working downward at a sawhorse or at a bench.  With Japanese saws the leg is involved holding the workpiece and the saws generally require two hands.  He thinks this is just more cumbersome.  I can't say Western-style saw teeth come anywhere near the quality of cut of the multi-beveled Japanese teeth, so what Nagatsu san did to this Disston is truly the best of both worlds. 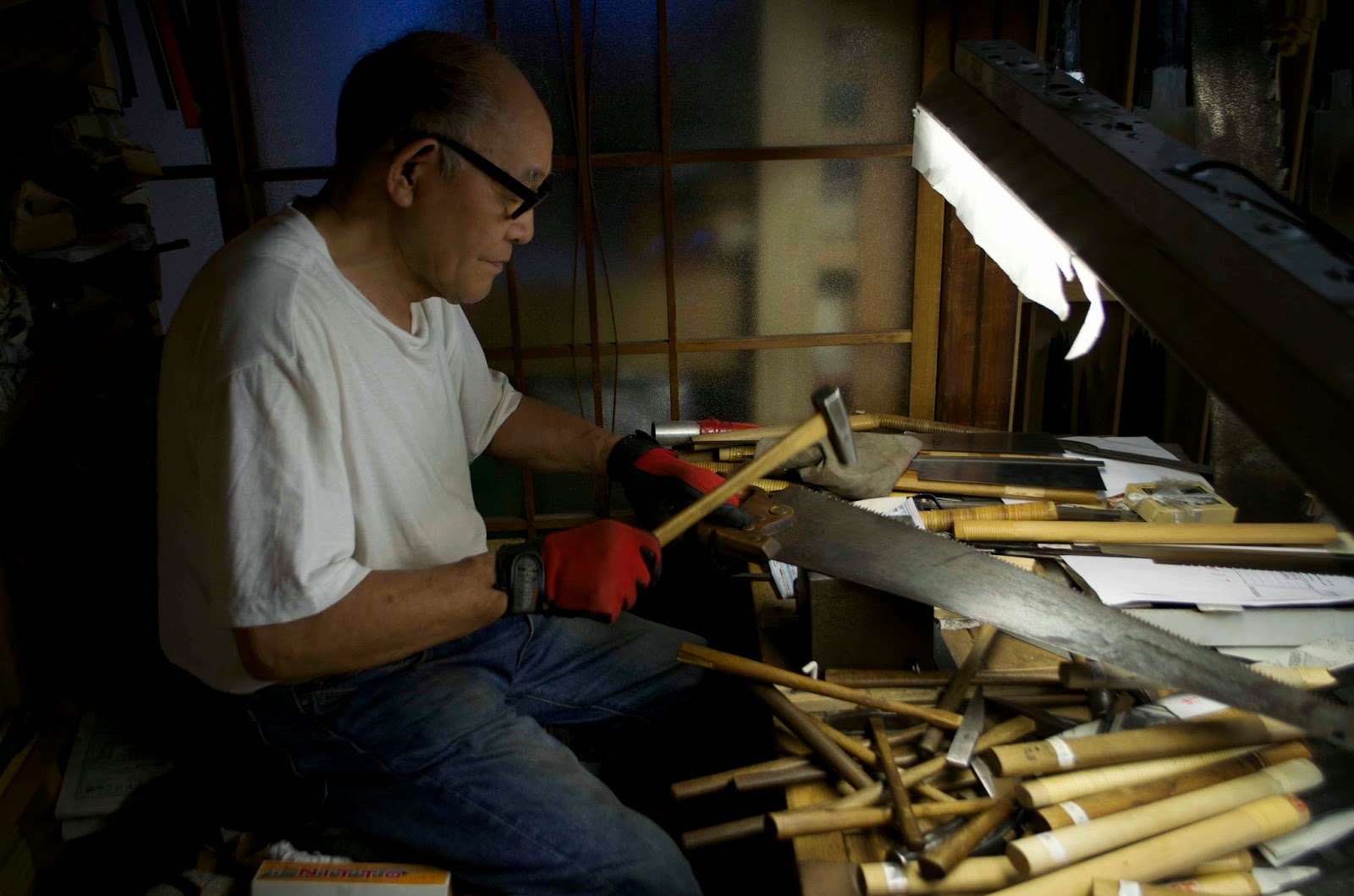 He also had an interesting plane made in traditional Japanese style with a throwaway blade.  I've seen Italian planes with razor blades and actually have an old American plane with the same idea, but nothing quite like this.  He said it could be sharpened a couple of times before discarding. 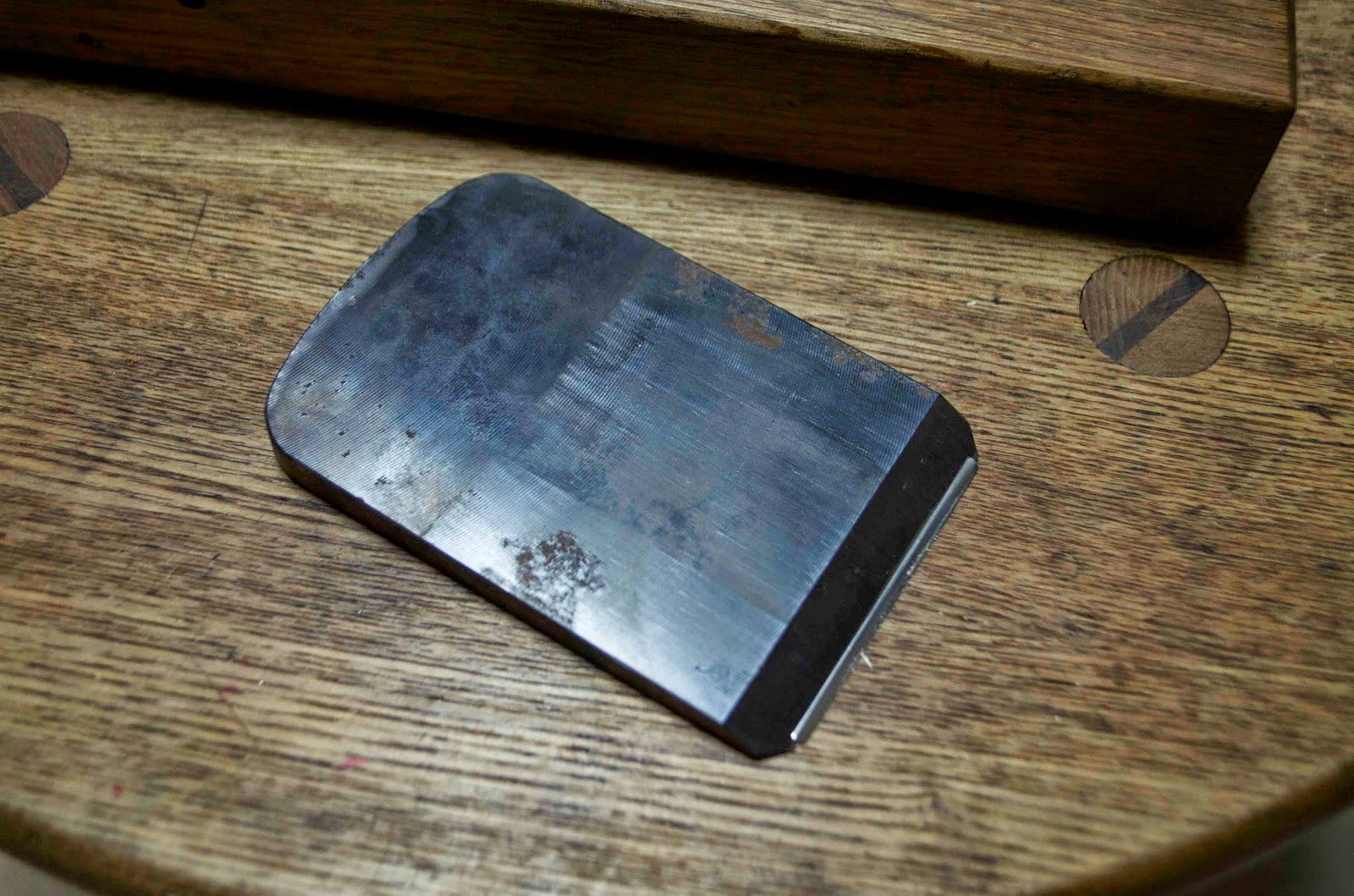 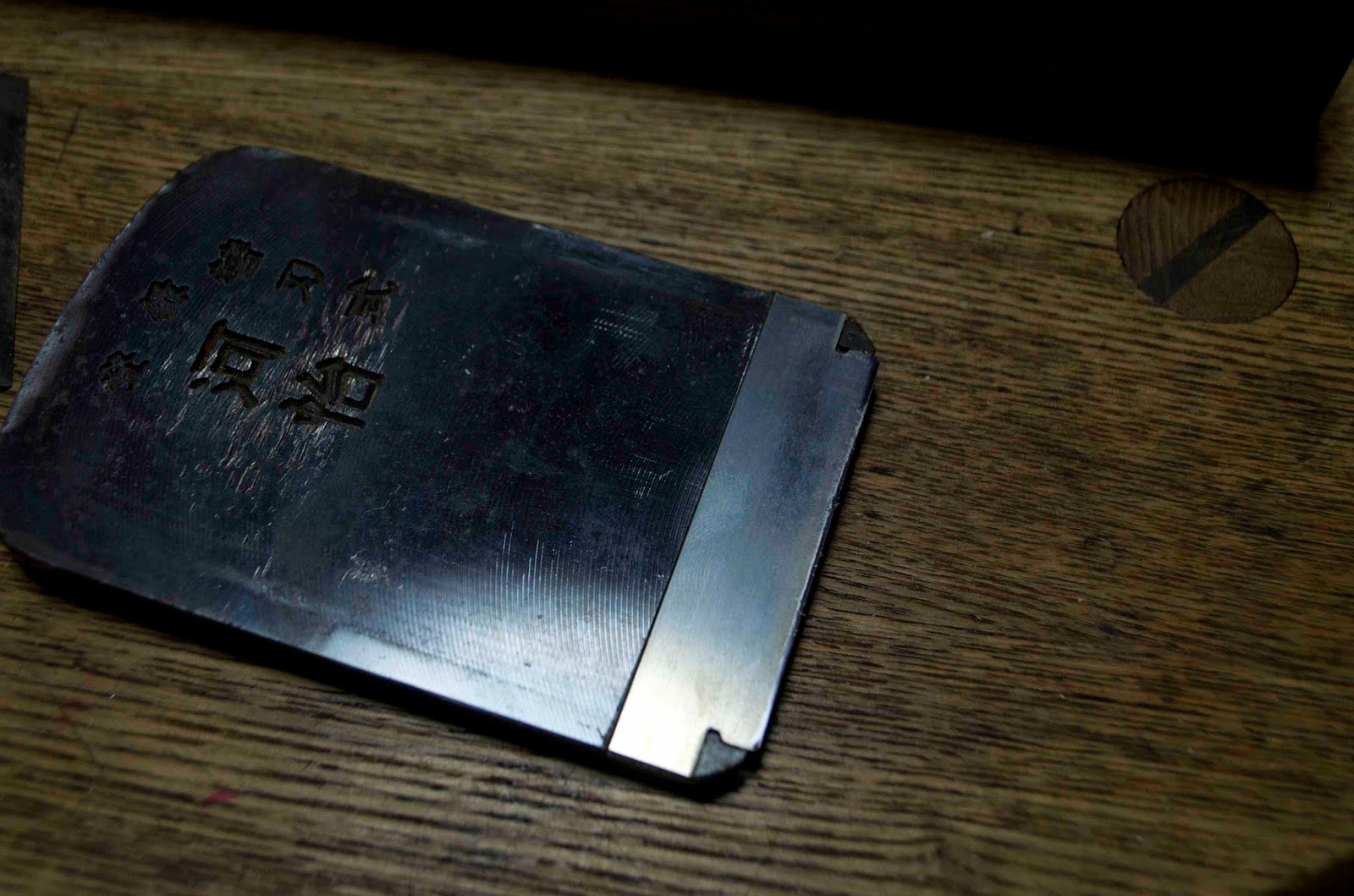 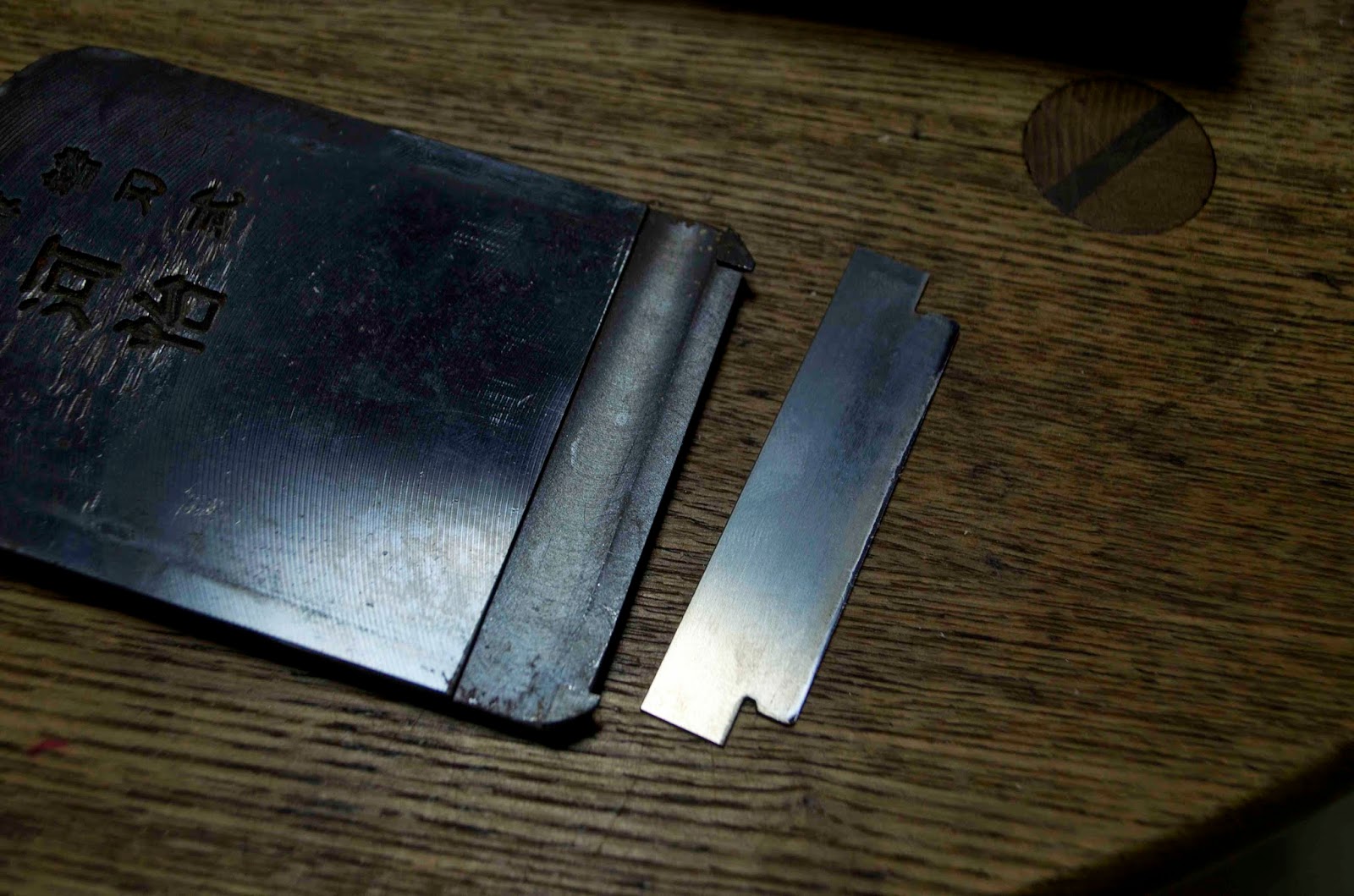 Finally, a few shots of Murin-an, a villa in northeast Kyoto featuring a teahouse and garden.  It was very pleasant and one of those rare Kyoto sights not overrun by tourists.  There were no more than five people there when I visited. 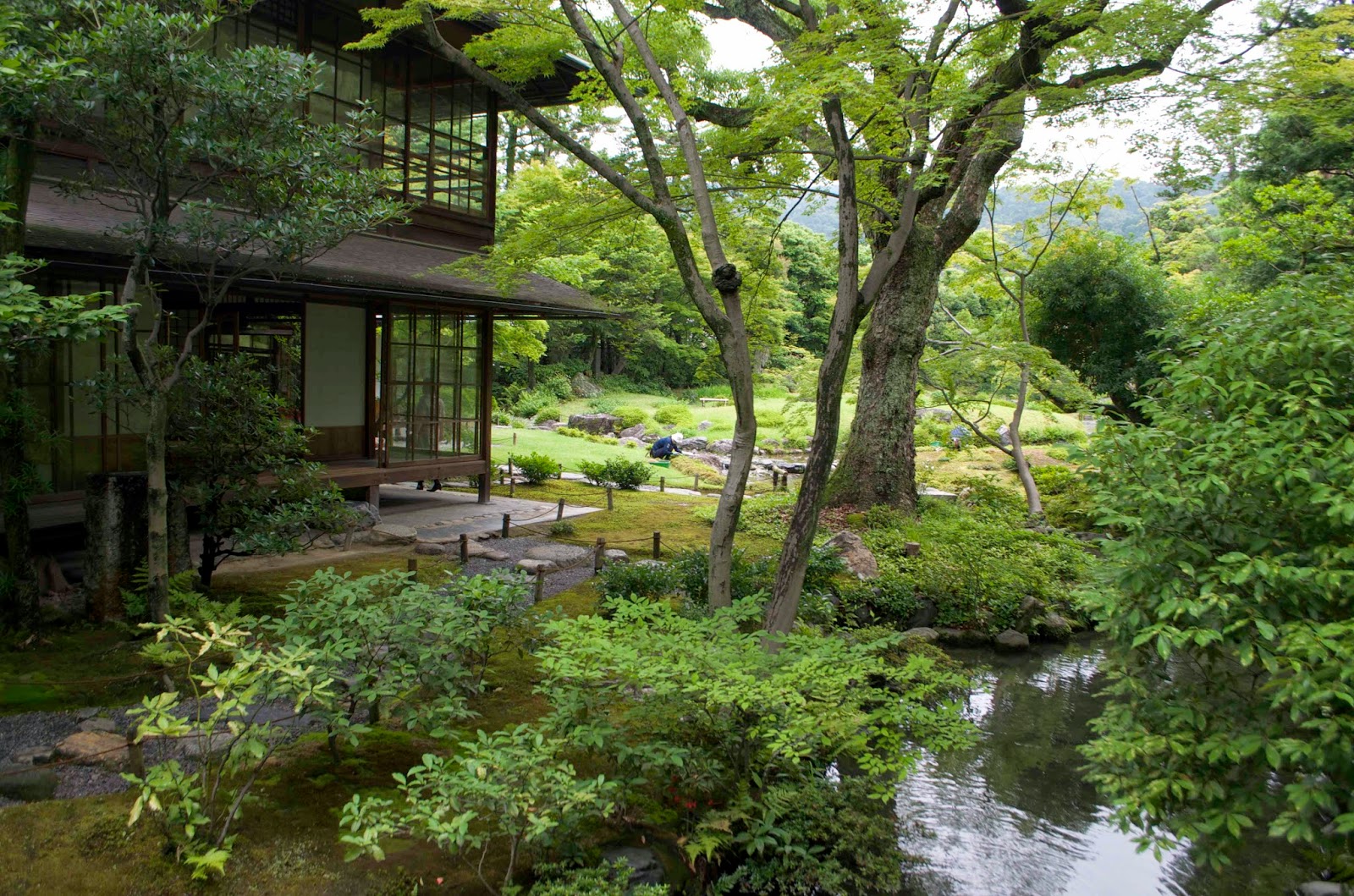 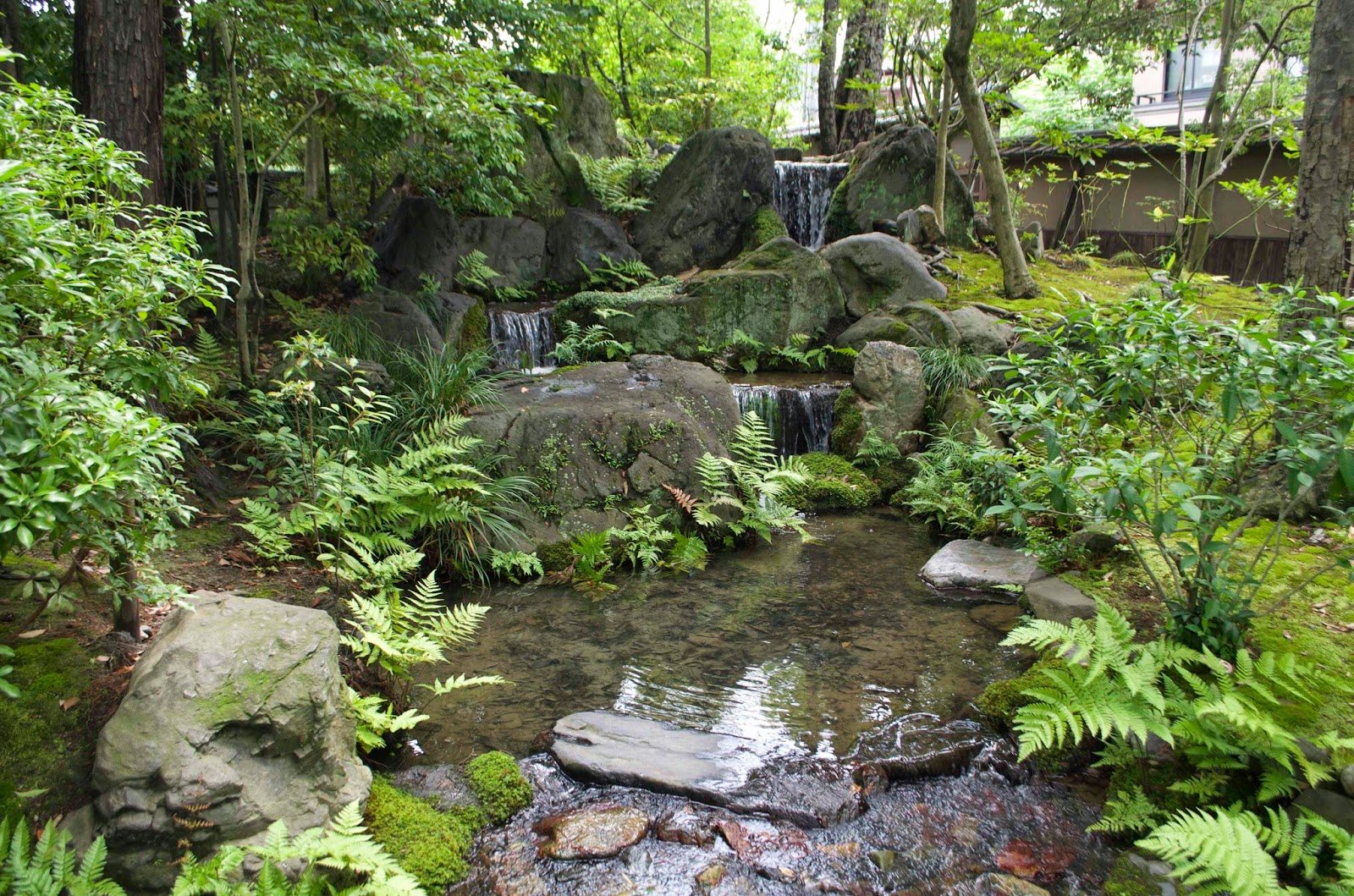 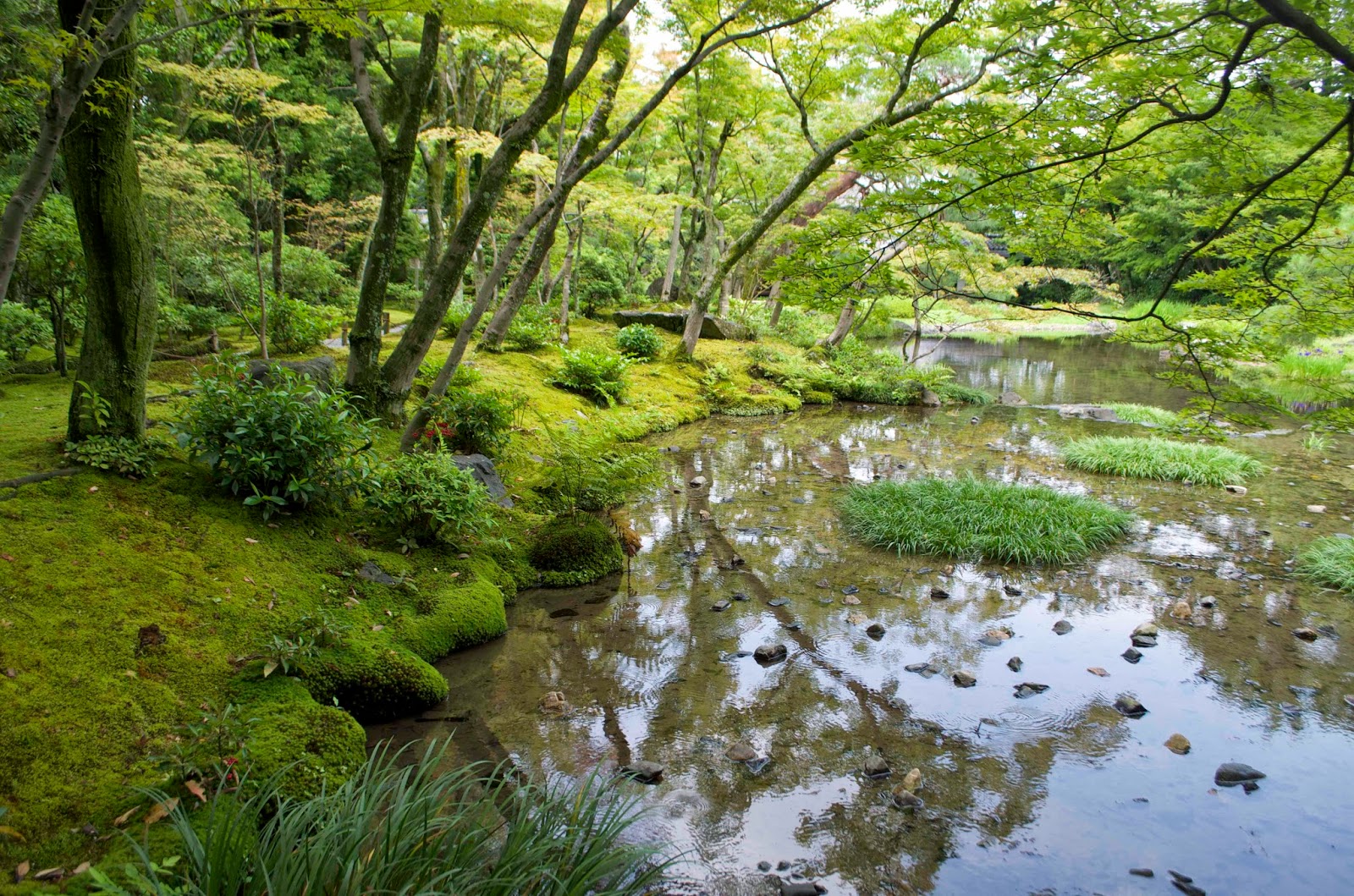 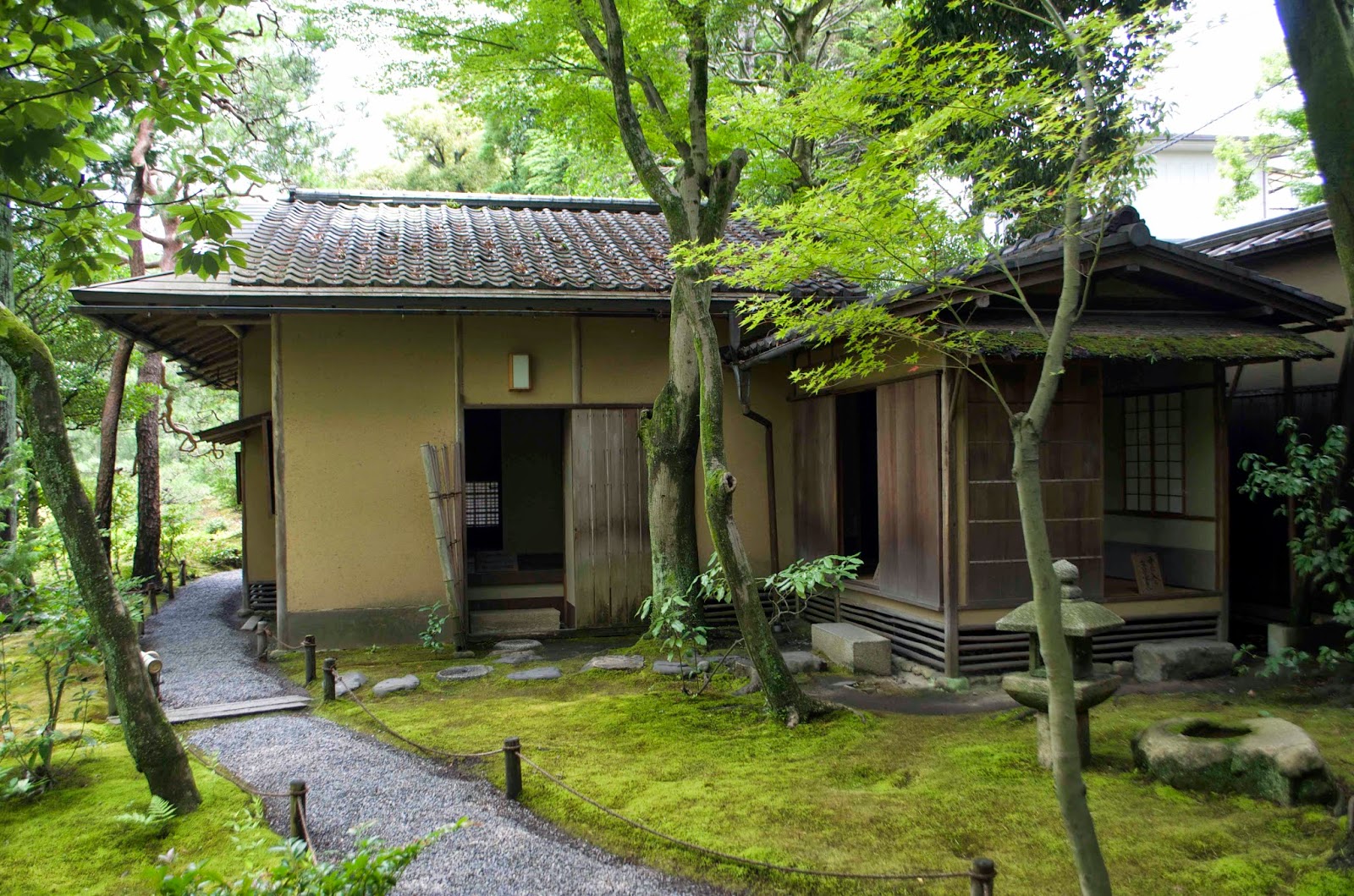