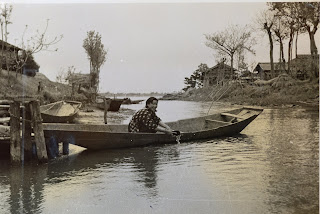 My Bates College Short Term class has wrapped up. I'll begin this post by sharing some historic photos of this type of boat. These were taken in Niigata Prefecture, probably in the 1950s. 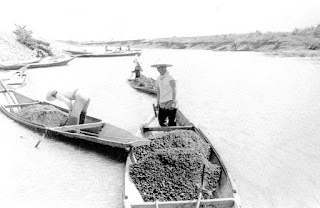 These boats were all-purpose vessels used by farmers and fishermen in the large delta of the Shinano River. Here men are dredging sand, a seasonal job as the river channels constantly silted up. Large post-War drainage projects allowed roads to be built, which made most of these boats obsolete as farmers purchased trucks. 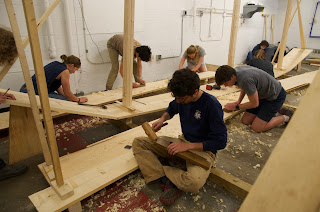 You can see the backbone of one of our boats and the two side planks. Each side plank was composed of four planks edge-nailed together. 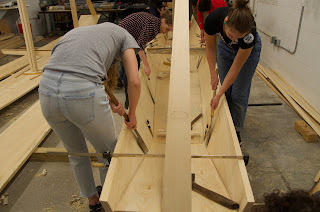 Saw fitting the seams between the side and bottom planking. 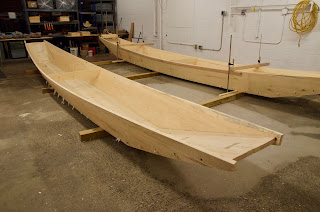 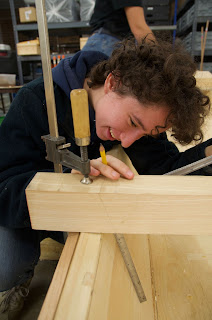 A student fitting one of the beams. These have a half lap joint where they join the hull. 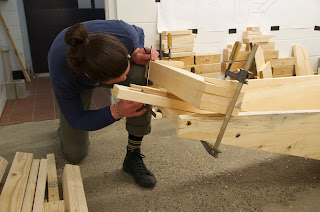 At the bow and stern blocking is installed to tie together the ends of the planking. Here a student does some creative clamping while scribing the shape. 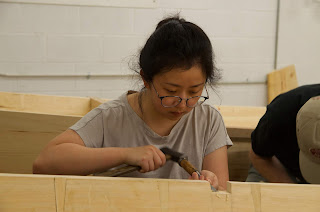 Chiseling the notch for the beam half lap. 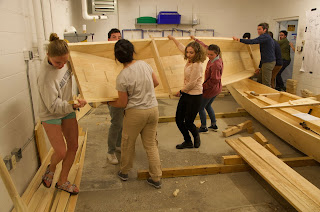 Someone suggested we check and make sure the boats fit out of our workshop space. 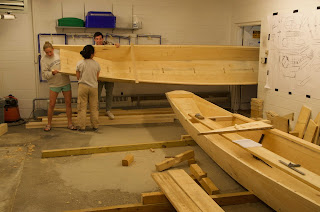 And so they did! 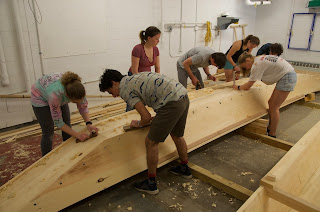 The last step was hand planing the sides and bottom. 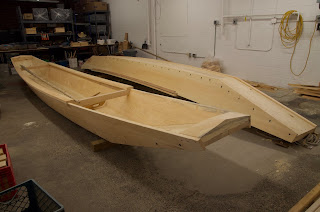 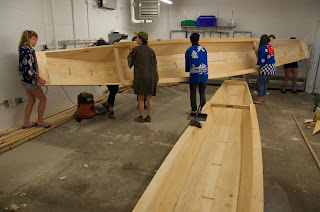 Final trip out of the workshop. The students are wearing happi coats and traditional Japanese jackets. 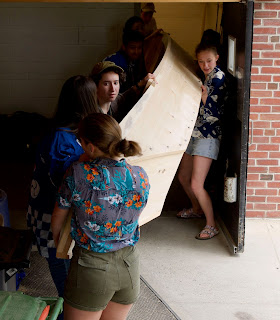 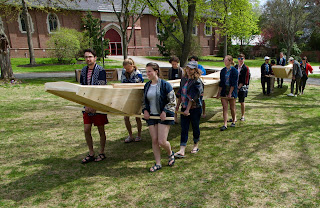 They carried the boats across campus to Lake Andrews, known on campus as the Puddle. 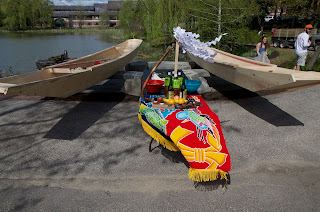 Our Shinto alter and our two boats. The ceremony was Shinto-based and featured a marvelous sailor's folk song sung by Ian Sawyer-Lee, a Japanese musician. 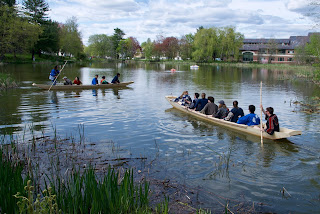 Boats in the water (on-the-water photos by Angela Robins angelarobins.com). 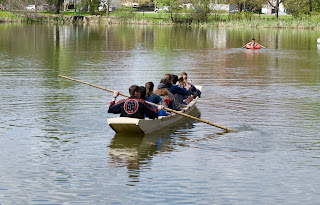 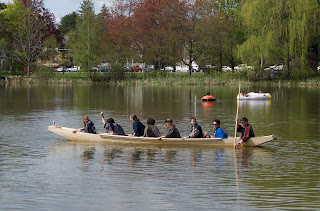 You can also see a short video of the launch here and Bates College published this article on the class and our launching.

Posted by Douglas Brooks at 9:46 AM