This month I taught my fourth Winter Term at Middlebury College in Middlebury, Vermont. Previously I have built traditional Japanese boats with my students but this year, in consultation with Pieter Broucke, Dean of Art and Architecture, we decided to teach a structure. I chose the Japanese teahouse. Like my previous classes, the real subject (for me, anyway) was introducing students to the pedagogy of Japanese apprenticeship, something I know a little bit about, having studied with nine boatbuilders from throughout Japan.

As much as we can, we maintain a completely silent workshop. I try to give the briefest of introductions each day and then the students work in silence. Outside of the workshop they have readings about Japanese carpentry and apprenticeship, they journal and write papers. The idea is to try and create the kind of environment I have had to work/study in in Japan. 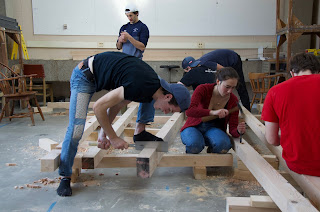 Except for an electric drill all work was done by hand. 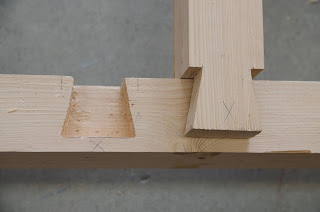 Half lap dovetail for our tie-beams. 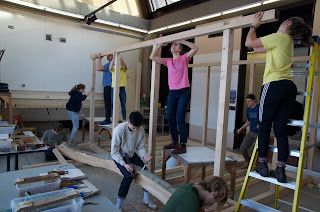 We did an initial partial assemble in our workshop. 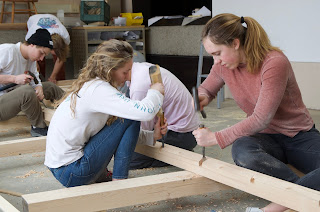 Mortising the ridge beam for our rafters. 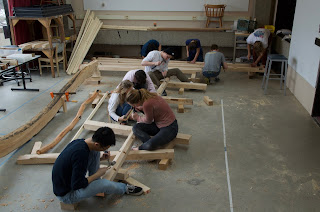 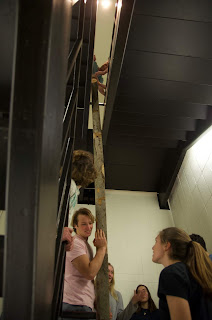 Our main carrying beam was very heavy, and had to be taken down the stairwell to our final site. 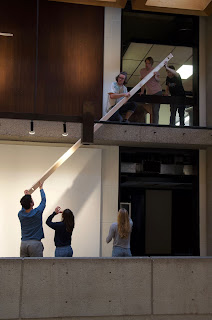 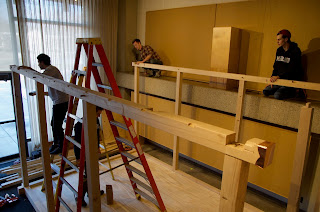 The finished teahouse frame was erected in the main lobby of Johnson Memorial. 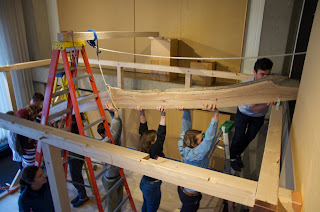 The main beam was lifted in place by hand. The rope and block were for safety. 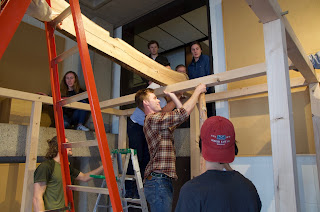 Fitting the natural post, which was buckthorn cut from College lands. 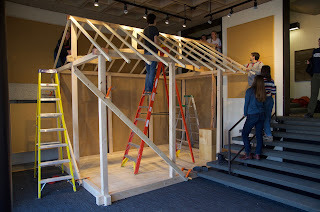 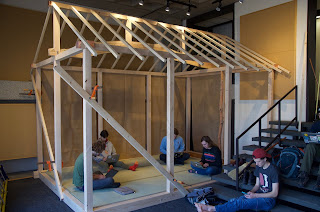 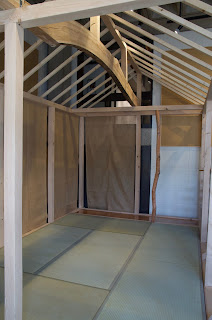 I designed a very simple teahouse around a six-mat tatami floor. At one end we incorporated a natural post bordering our tokonoma display alcove, which has a cherry floor. 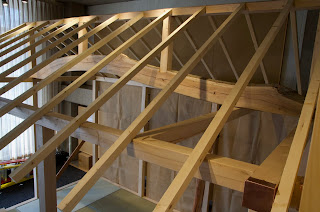 A look at the main beam with posts supporting our ridge. 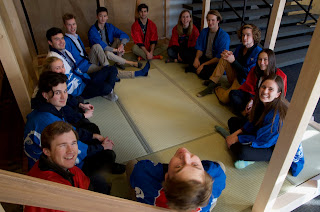 The class waiting for our dedication. 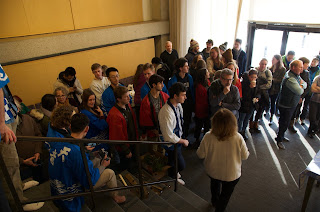 We had a crowd of about seventy-five people. 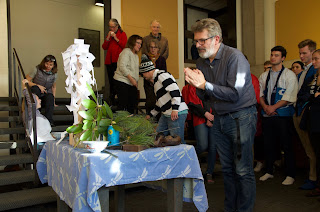 Pieter Broucke at our Shinto alter. Our first ceremony was for the carpenters and involved purifying them and the structure through some common Shinto rituals. 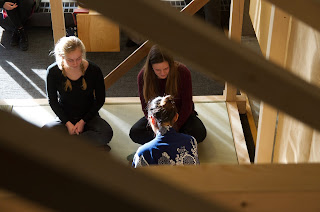 Then Ms. Yui Kato, an exchange student from Tokyo and a licensed tea master, conducted a tea ceremony. 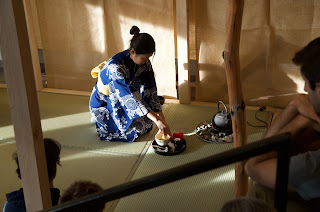 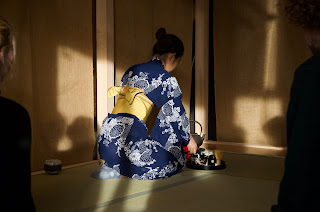 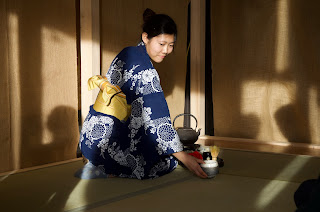 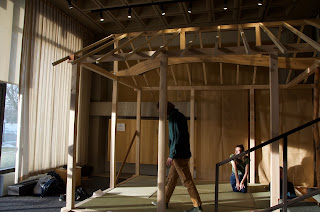 We are exploring simple ways to infill the walls of the teahouse, including a combination of burlap hangings and shoji panels. 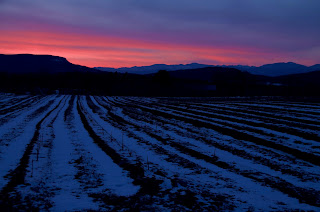 The view on the way home after the last day of class.
Posted by Douglas Brooks at 5:03 PM