Last night we had a keel-laying ceremony for our boat, exactly one week after starting.  Mr. Orino, curator of the Seto Nai Kai Museum (one of Japan’s best maritime collections) had researched the traditions for this ceremony.  He bought a large sea bass and a bottle of sake, and we supplied a dish of rice.  Boat ceremonies come in all forms and he acknowledged that every boatbuilder would have some individual tradition.

A Shinto priest could obviously officiate, and I have taken part in ceremonies involving priests, but the boatbuilder can also conduct the ceremony.  It was very simple: I was to remove my shoes and kneel on the keel and facing forward pray for the success of the project.  Then I was to pour sake on the keel plank at the middle, port and starboard in that order.  That’s it! 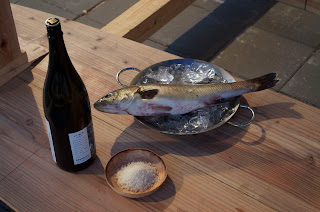 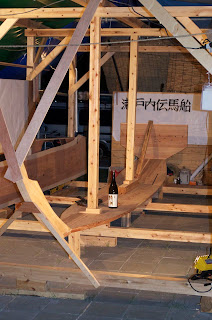 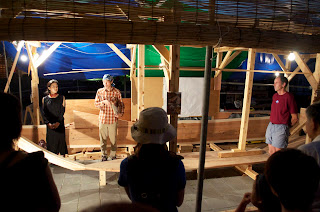 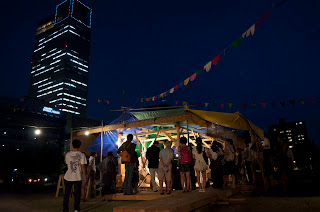 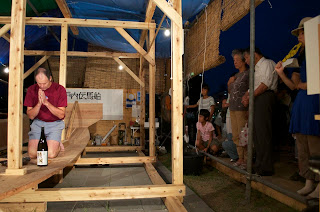 I had invited the two Bengali shipwrights to join me and I said if they wanted to offer a prayer I would be honored.  They responded by doing a simple ceremony they sometimes conduct at a point in the boatbuilding.  The head shipwright dribbled water on the back of our stem, carefully rubbing the entire surface.  He then cut three horizontal lines in the back of our stem with his chisel.  Touching his forehead to the spot he stood up and touched each line with his finger and then brought his finger to his forehead.  The second shipwright did the same, touching his lips.  One is Muslim and the other Hindu but I don’t know if that explains the slight difference.

I was told by their interpreter that all Bengali ceremonies focus on the bow, or the head of the boat.  The significance of three lines is that boats are invariably “even” meaning they are built in twos and fours (two of each plank, and so on).  Cutting three lines avoids the same numerical pattern as the construction, therefore concentrating the symbolism. 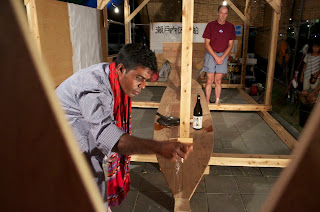 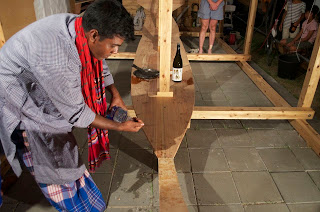 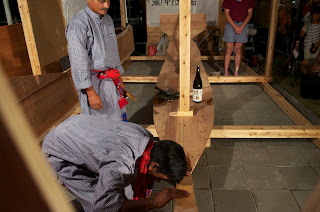 Posted by Douglas Brooks at 2:50 PM