I returned a few days ago to Kyoto for the opening of the exhibit on the boat I built last May at the Mizunoki Museum of Art.  Yesterday was the opening and today I am conducting a Shinto launching ceremony as we float the boat in the Hozugawa. 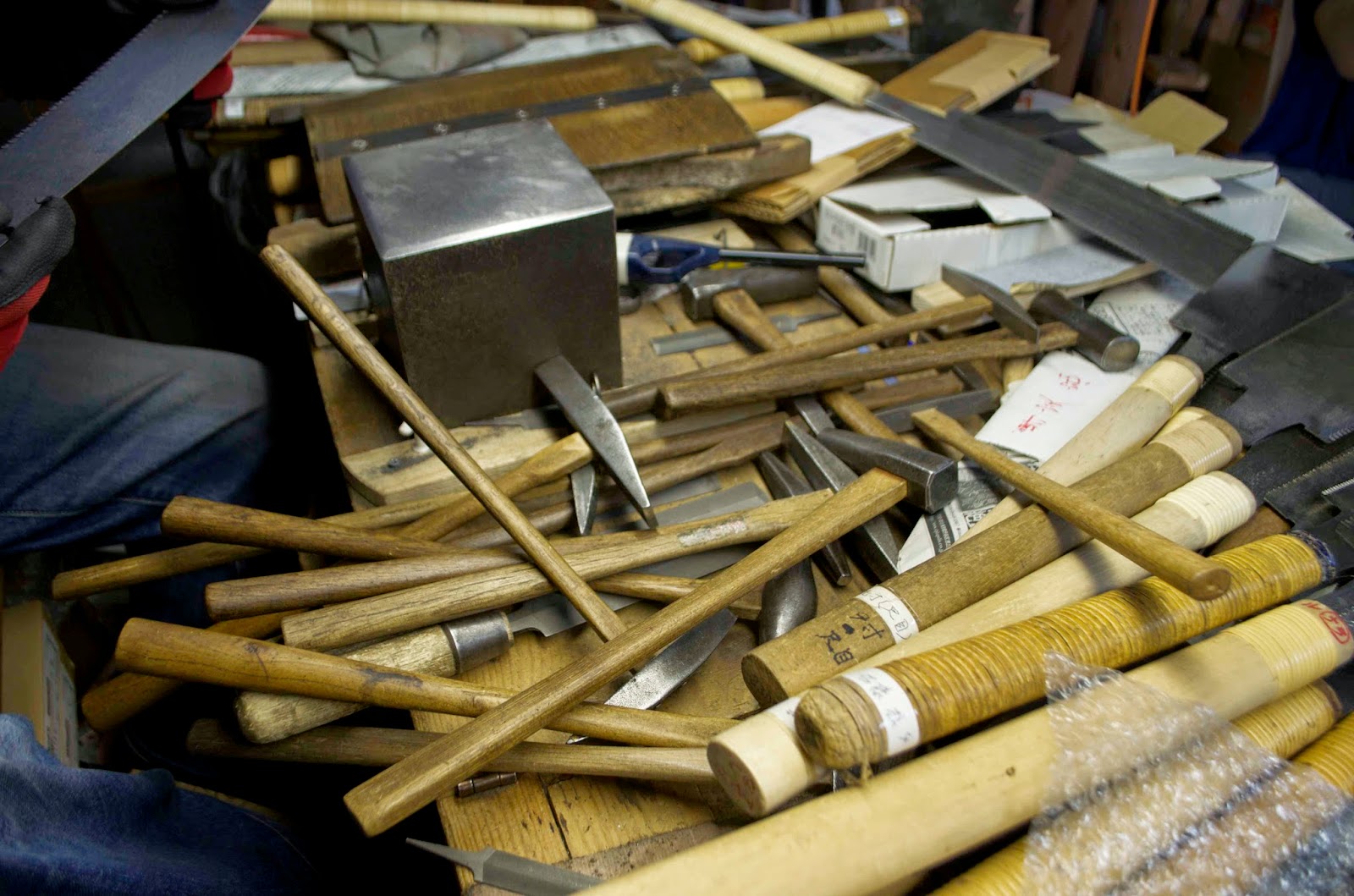 At the shop he demonstrated how he fine-tuned the edge of a saw, by hammering carefully at various points in the middle of the body of the blade.  This stretched the metal and changed the contours of the edge.  He used a wide variety of hammers, from flat-headed ones to ones with sharp points.  He had me use the saw before and after and indeed, it cut much smoother when he was finished.  We chatted for quite awhile about what he had done but as far as asking how he knew where to hammer the steel, he laughed and told me, "That can't be taught." 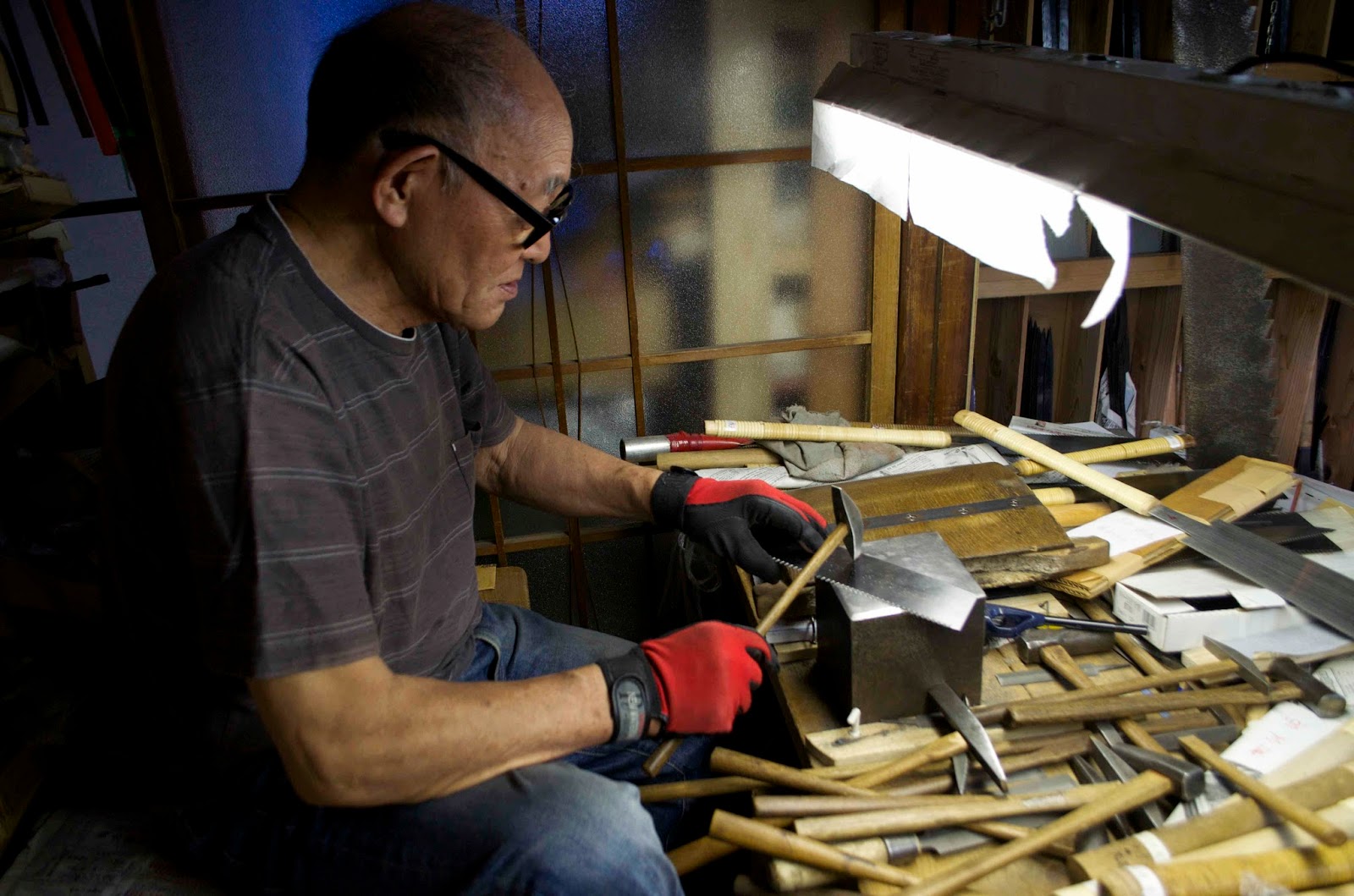 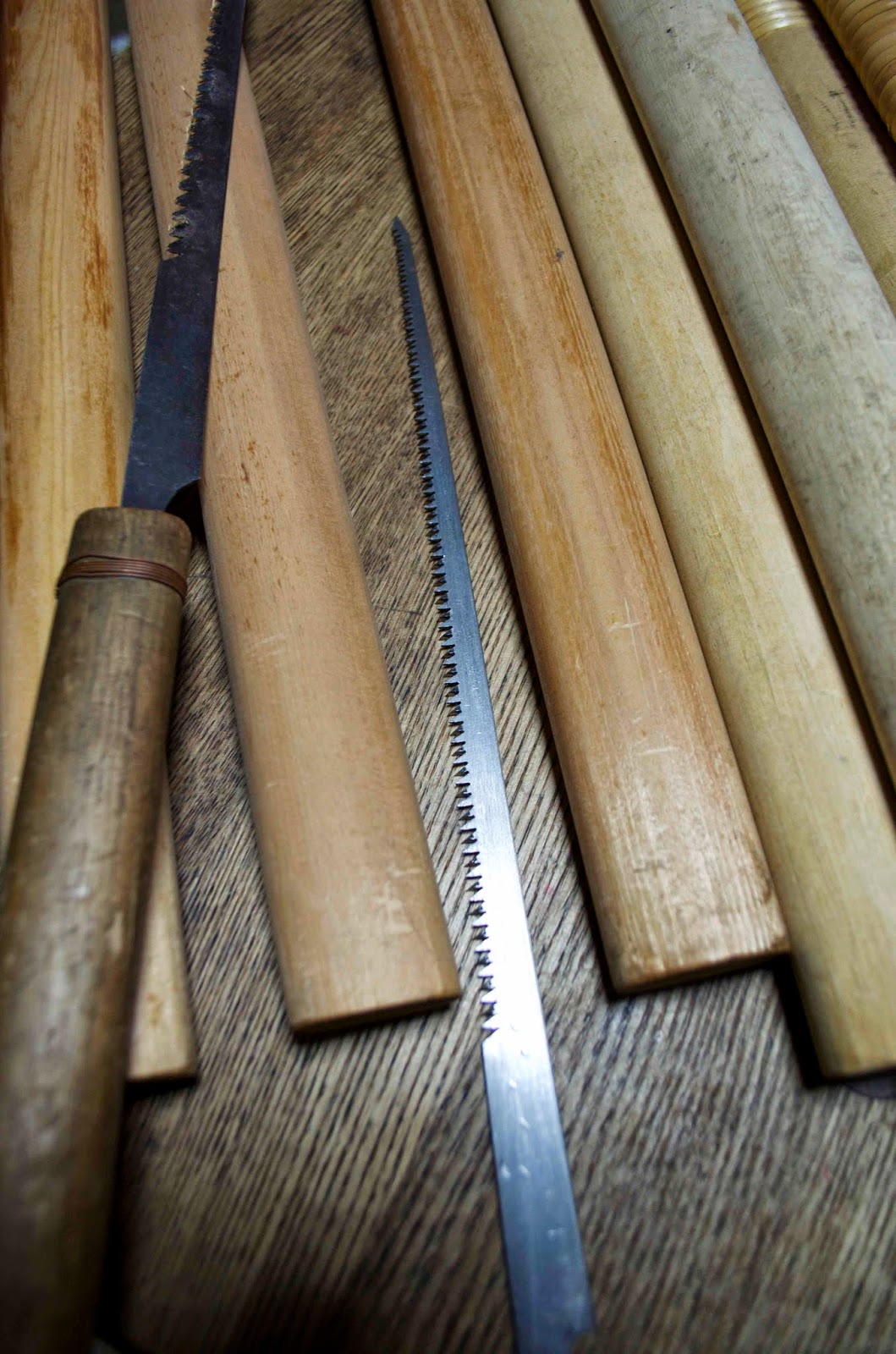 He used a long keyhole saw to adjust the opening of the saw handles for my three new saws.  I admired the saw so much he promptly gave me a new one. 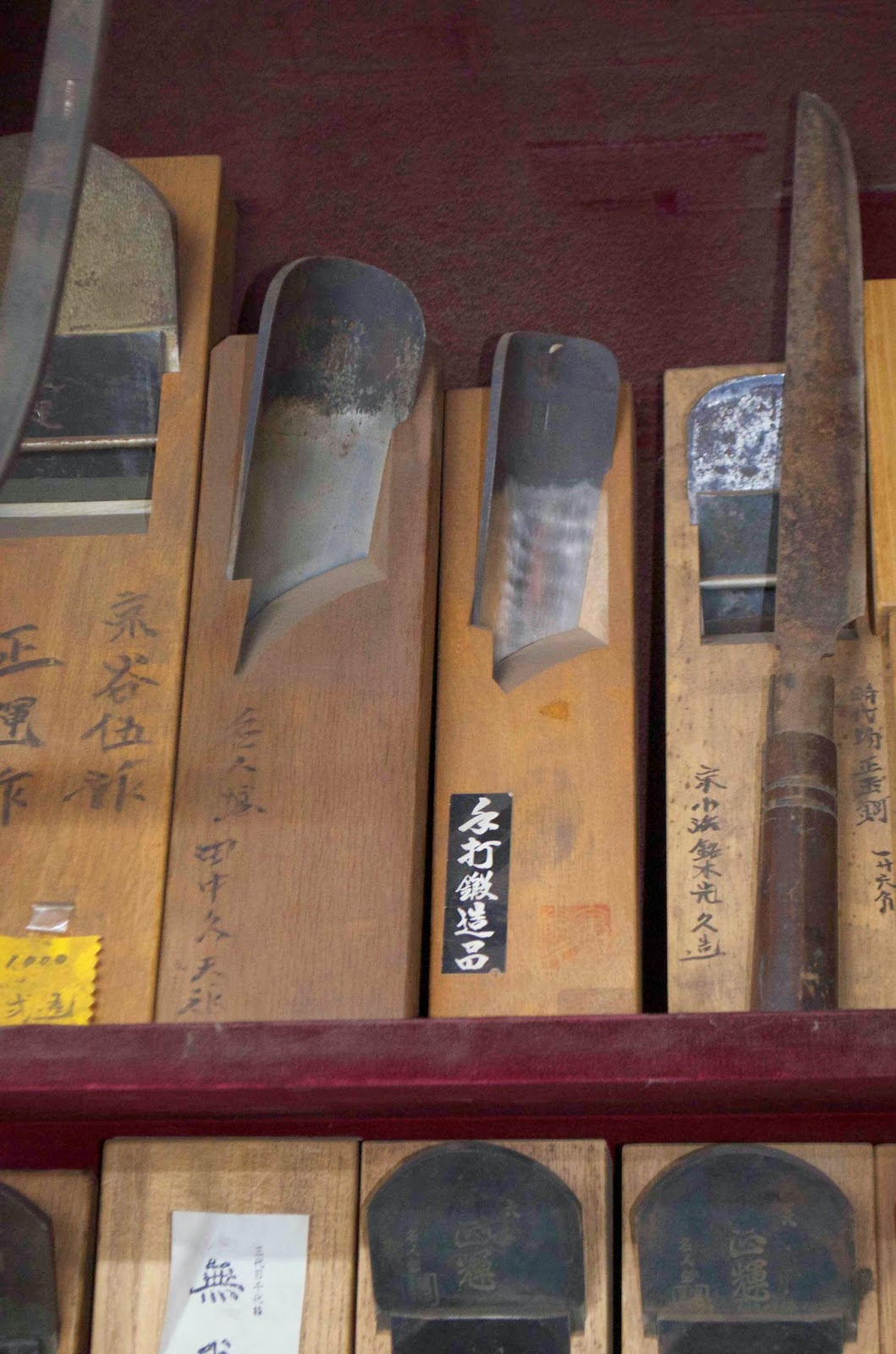 On the way home I found a hole-in-the-wall tool store full of phenomenal tools at sky-high prices.  One of the sharpening stones was $3,000.  Then I saw these two planes that had curved blades.  They were a type of moulding plane and cut a concave shape.  I was briefly interested in one of the cheaper planes he had, but it cost $200 so I passed.  I didn't even bother to ask the price of these amazing planes. 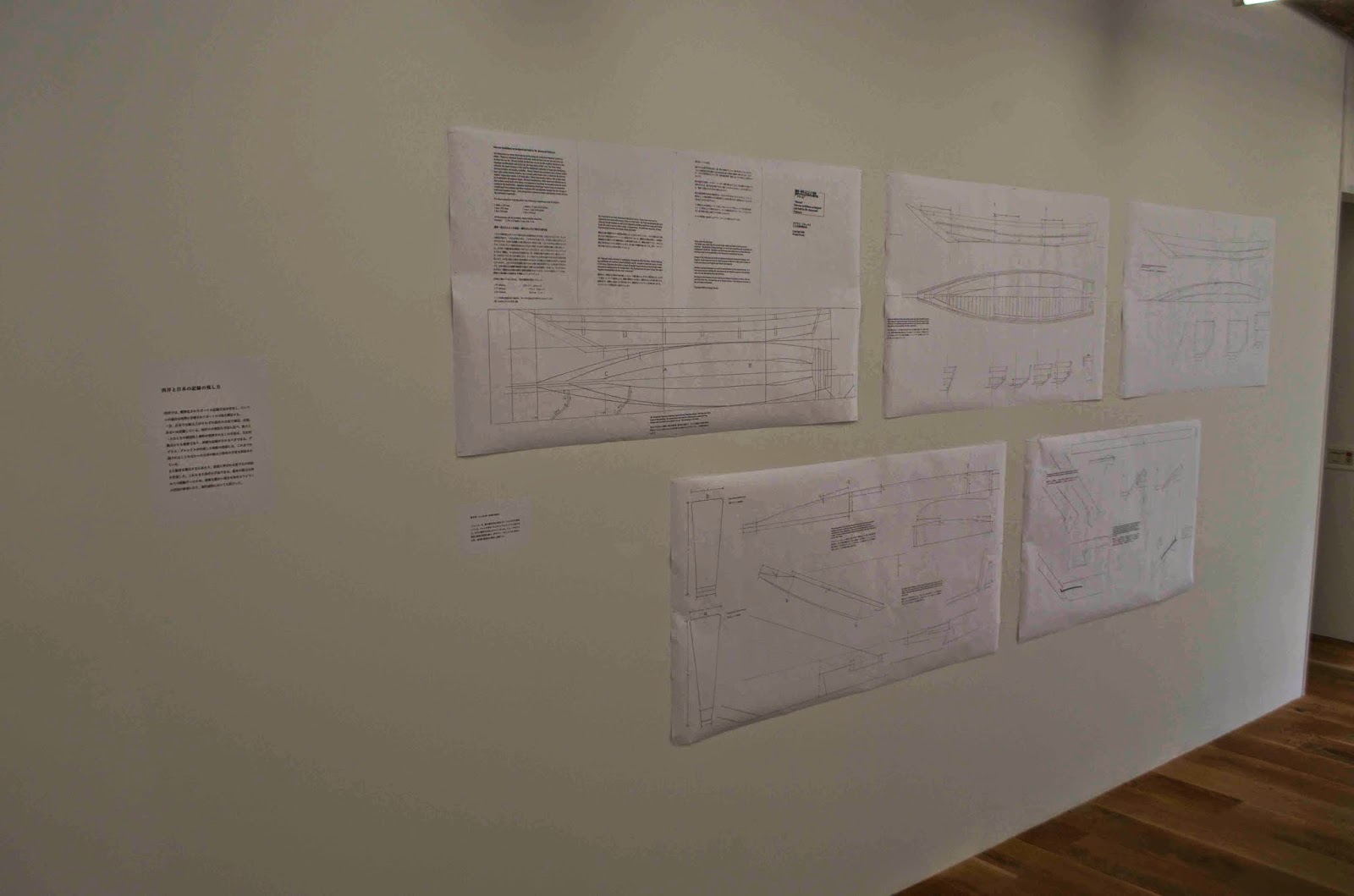 The exhibit features some of my drawings of Japanese boats. 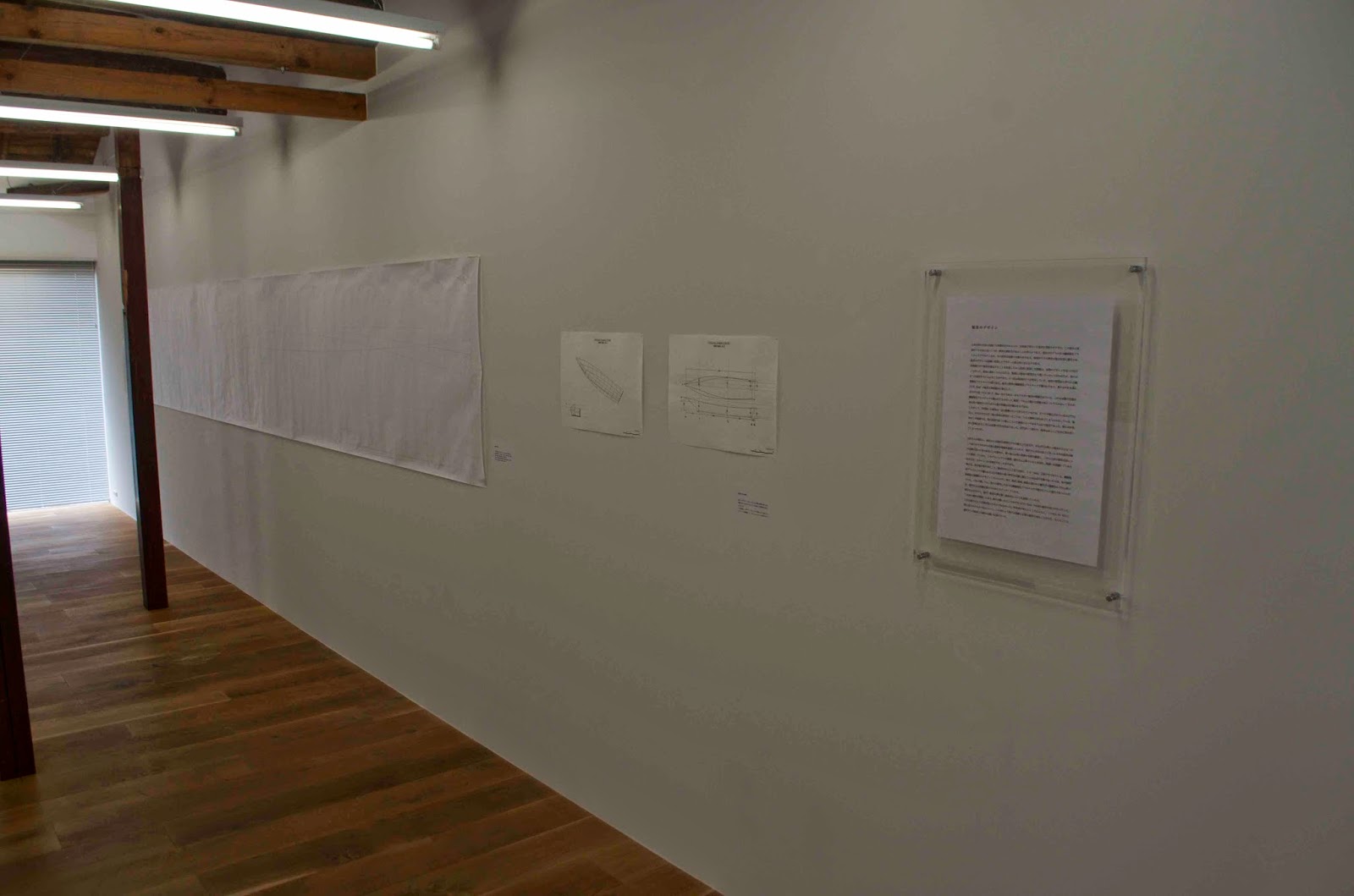 Visible is the lofting of the ayubune. 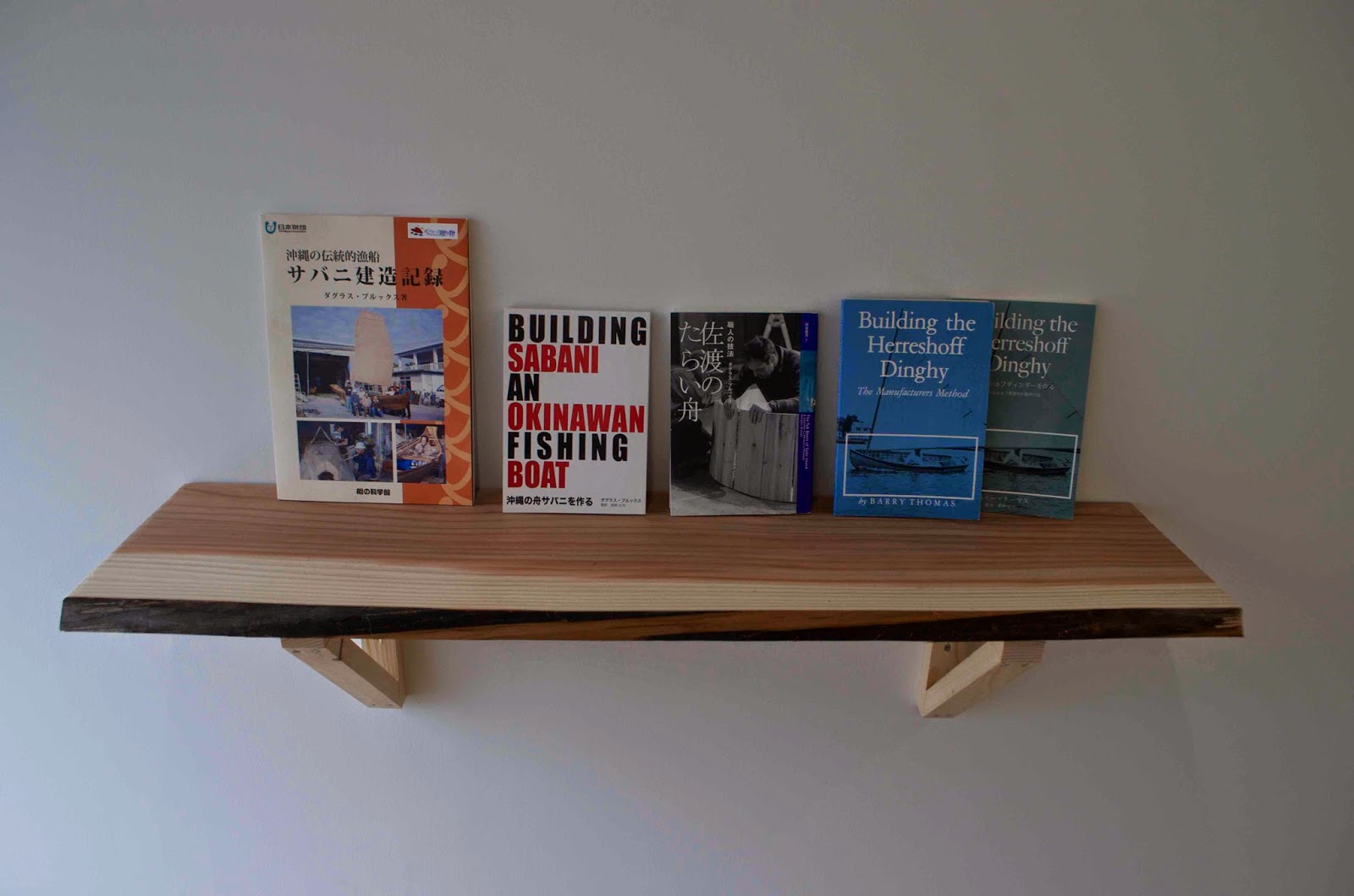 Books for sale: the three on the left are mine; on the right is Mystic Seaport's Building the Herreshoff Dinghy by Barry Thomas and a Japanese translation of the book by my friend Koji Matano, who was also the translator, editor and designer of my newest book on building the Okinawan sabani. 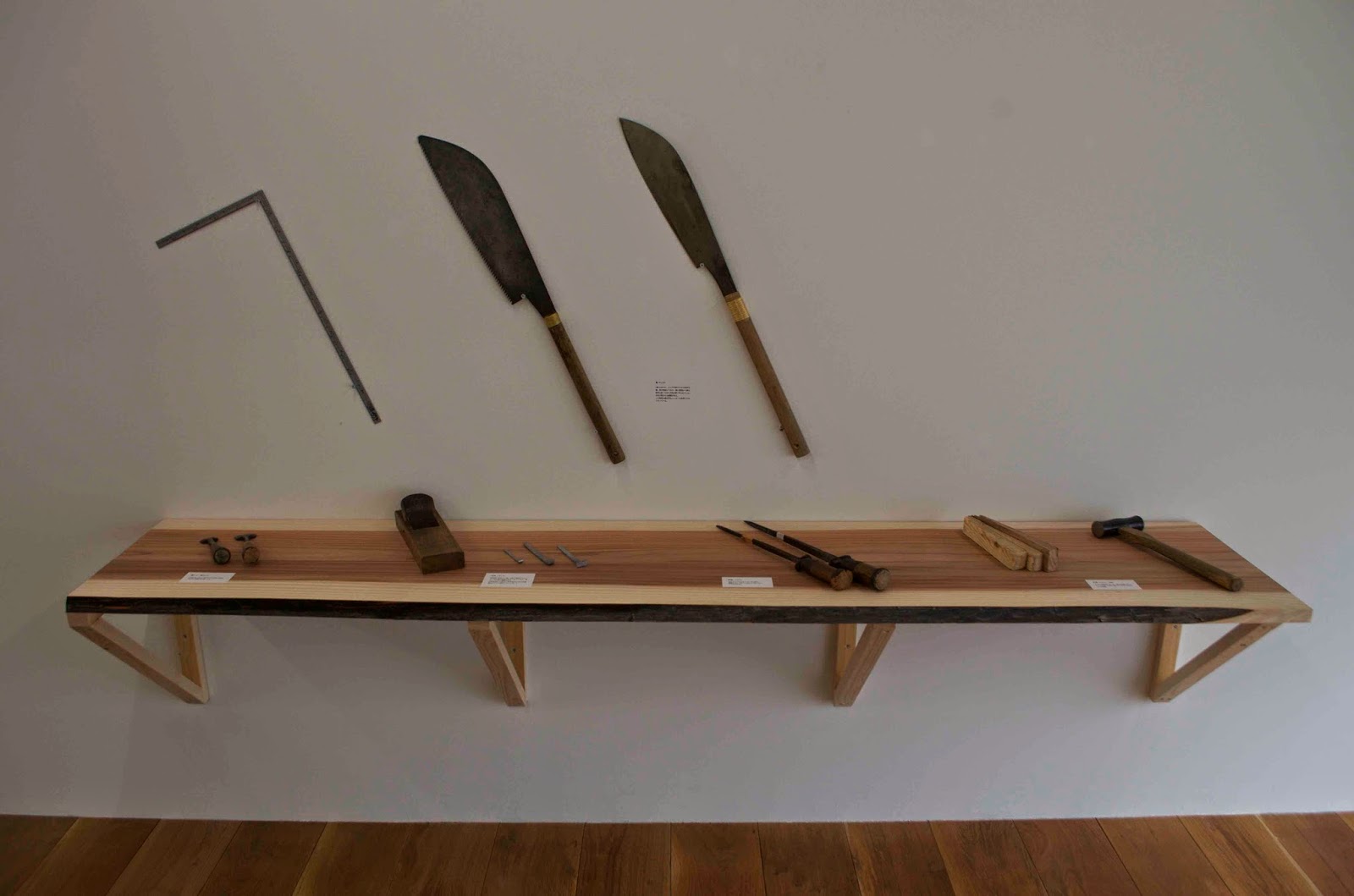 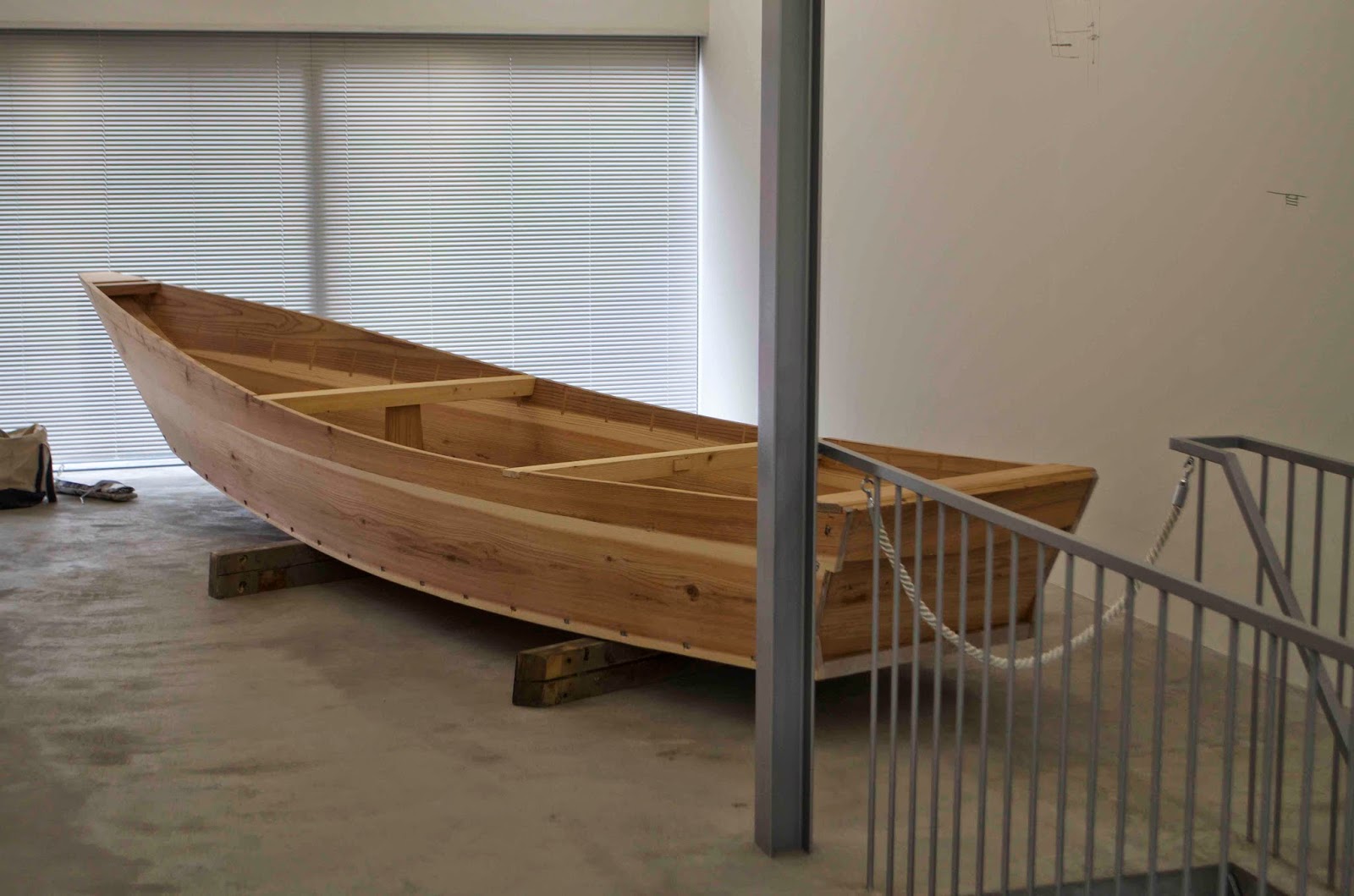 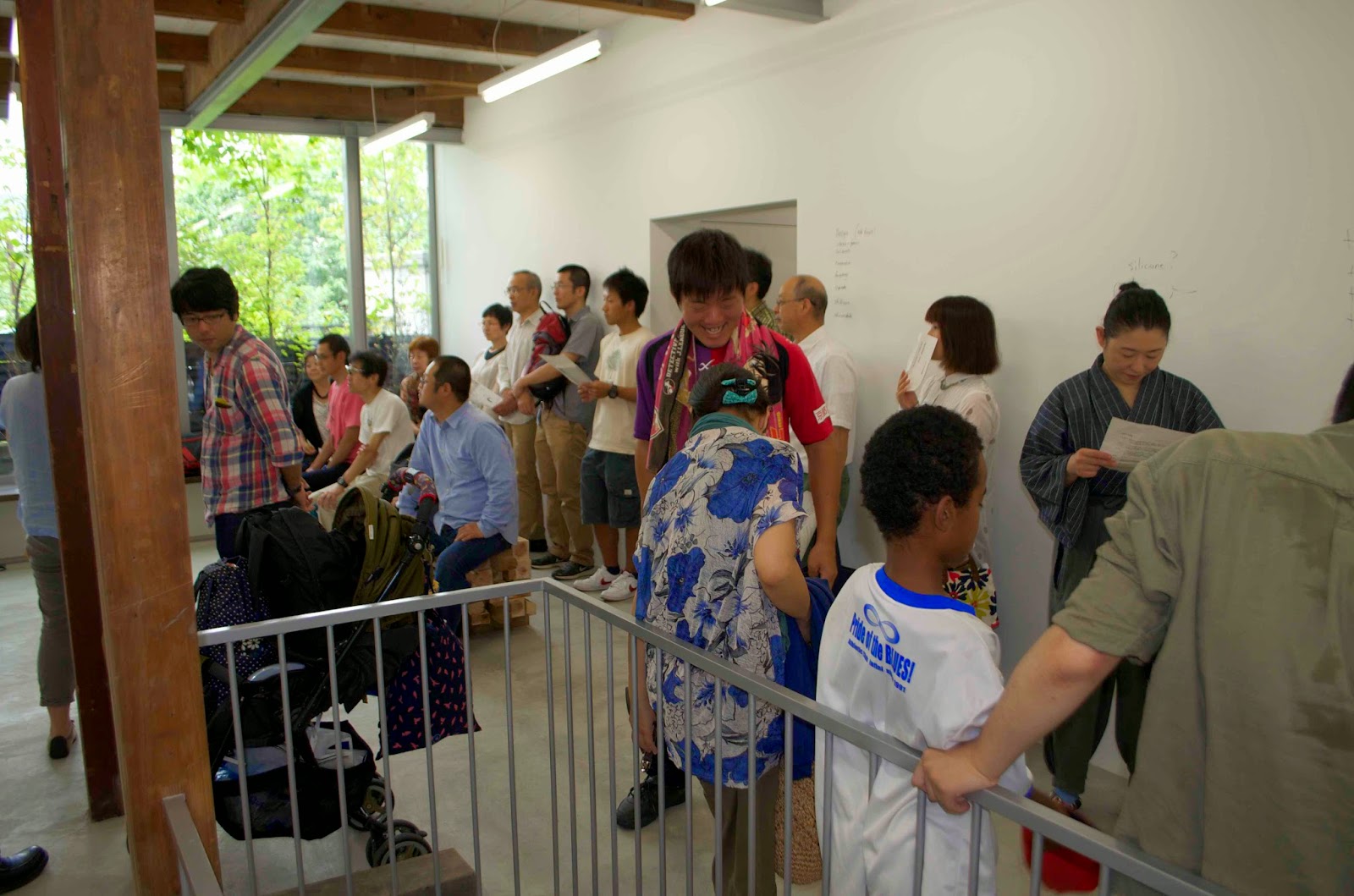 The exhibition opening and gallery talk was attended by about sixty people.