A reader posted a comment about my blog posting on the saw sharpener.  He attended one of his workshops in Belgium and wanted his address.  Yes, you can mail your Japanese saws to him in Japan for repair and sharpening.  His contact information is:

I will share one more anecdote from my visit to Nagatsu san's shop.  We were talking about boatbuilding and he said, "I have some special boatbulding chisels."  He then brought out the chisels shown here.  I thought he meant tsubanomi, the special long, narrow chisels used to pilot holes for Japanese boat nails.  But he insisted that these chisels were also made only for boatbuilding.  I looked at them and noticed how thin the blades were, and what an incredibly shallow bevel they had. 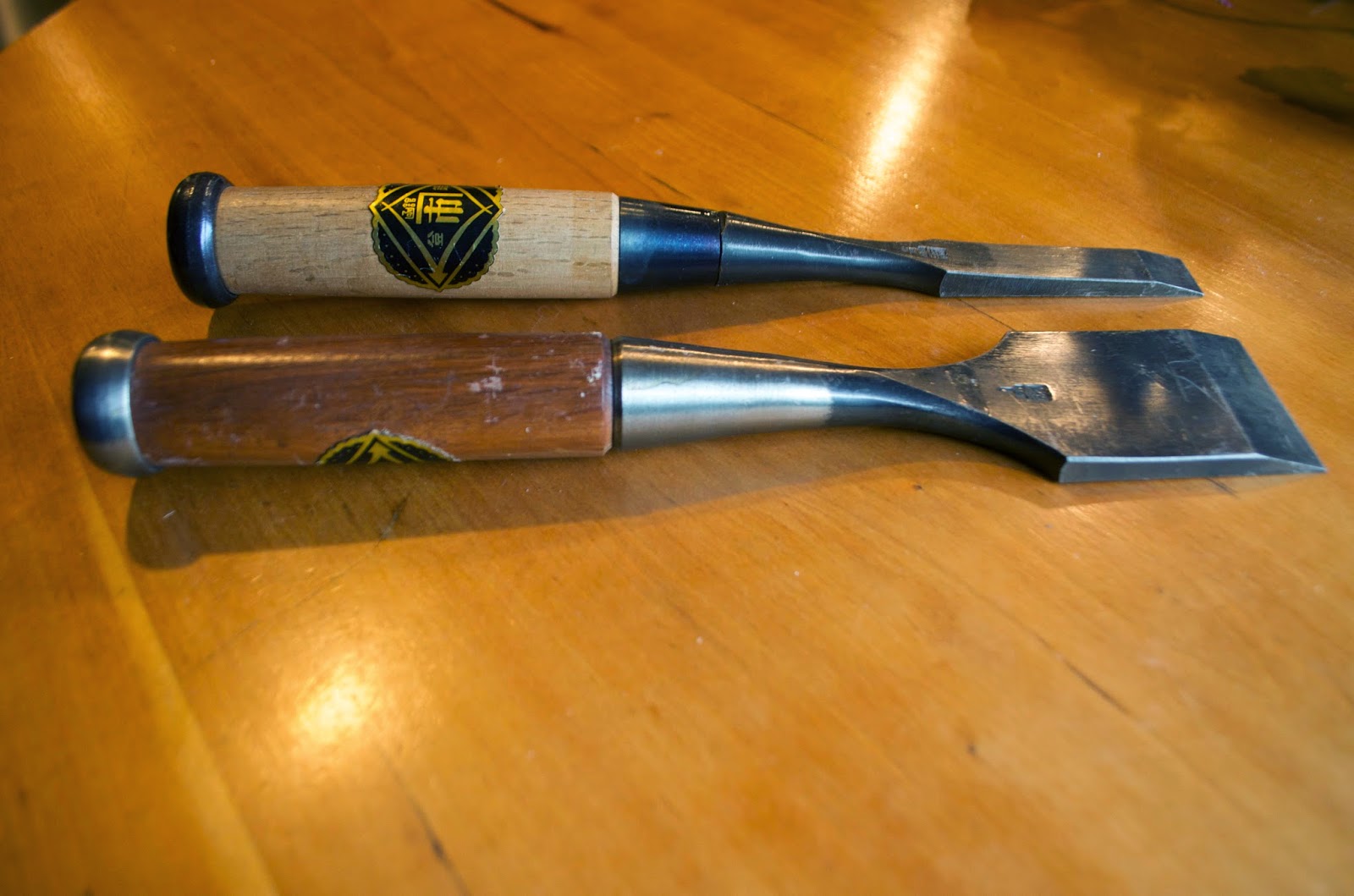 Nagatsu san went on to explain that he got these from the maker in Hokkaido (where boatbuilding traditions vary somewhat from elsewhere in Japan).  He said he knew the maker well, since he is originally from Hokkaido. 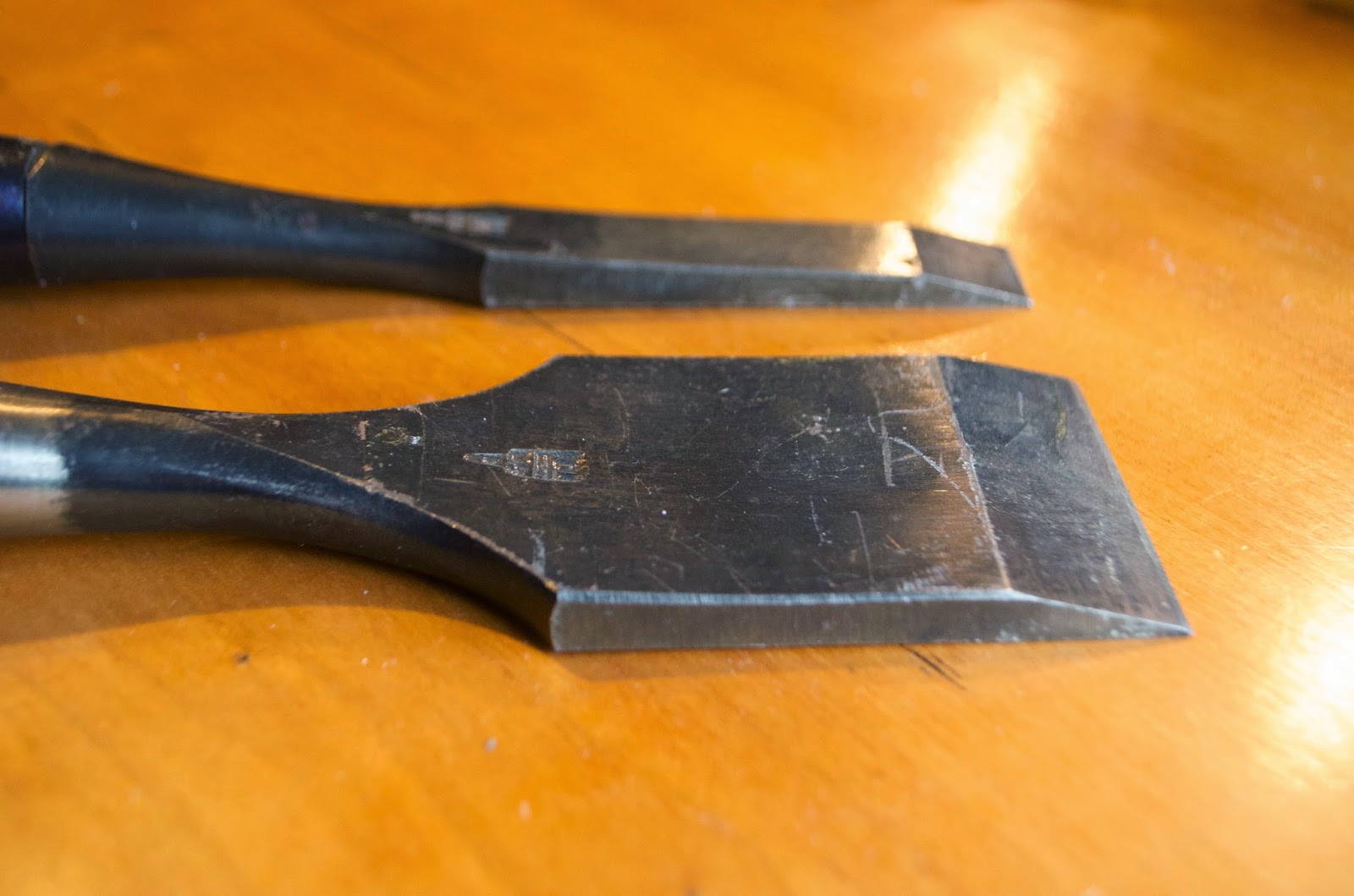 He pointed out that these chisels were entirely tool steel, and were not forged with softer steel backs like regular Japanese chisels (hence the thinness).  As we talked I suddenly realized these chisels were perfect for cutting the mortises for the nail heads.  These are cut across the grain and this chisel's shallow bevel is perfectly suited for that kind of cross-grain work. 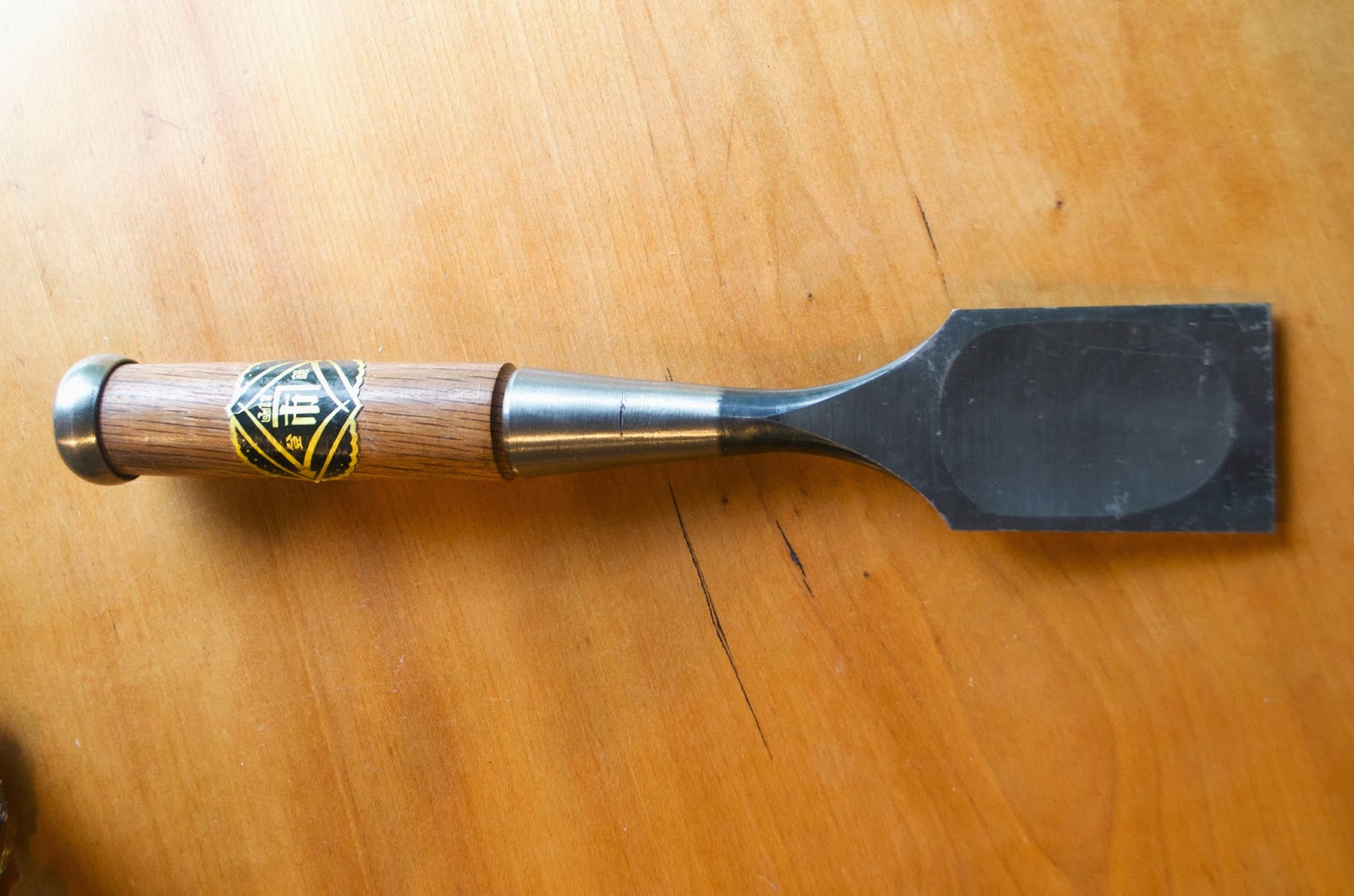 They have hollow backs like all Japanese chisels, to facilitate flattening (less steel to remove).  When I realized how perfect these chisels were I asked Nagatsu san how much they cost.  He didn't answer me, and we went on to other topics.  I repeated my question a couple more times before Nagatsu san said, "You're a boatbuilder, so I'd like to give them to you."  An amazingly generous and entertaining man.  He insisted on sharpening the boat building saw I bought and I look forward to seeing him again when I pick it up in late June.  I return to Japan for the opening of an exhibit on the boat I built.
Posted by Douglas Brooks at 7:01 AM