I had a real day off yesterday, and was eager to explore the region, particularly the dirt road that follows the river downstream, so I managed to borrow a bicycle and headed off. 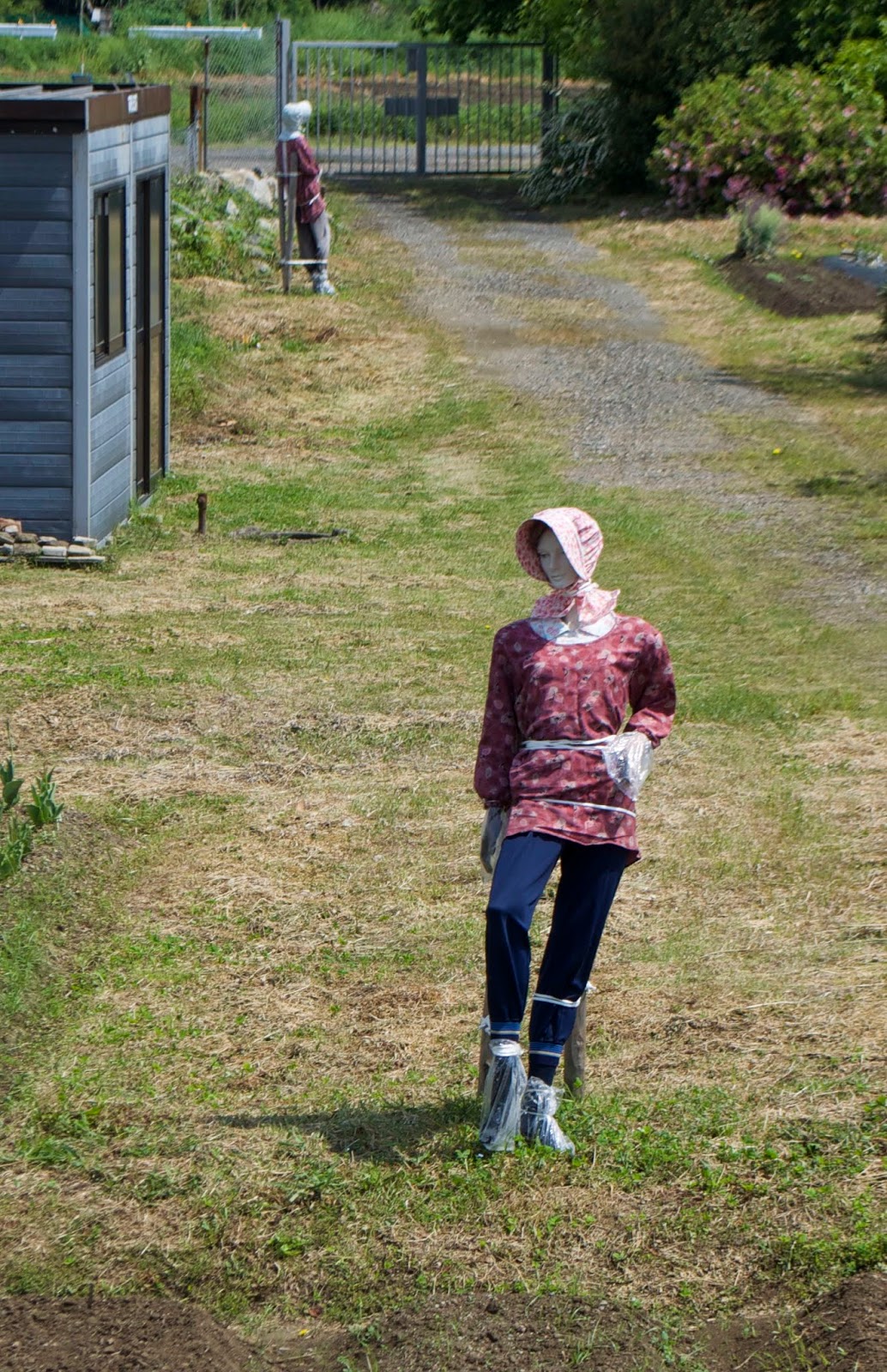 Past the fetching scarecrow on the edge of town. 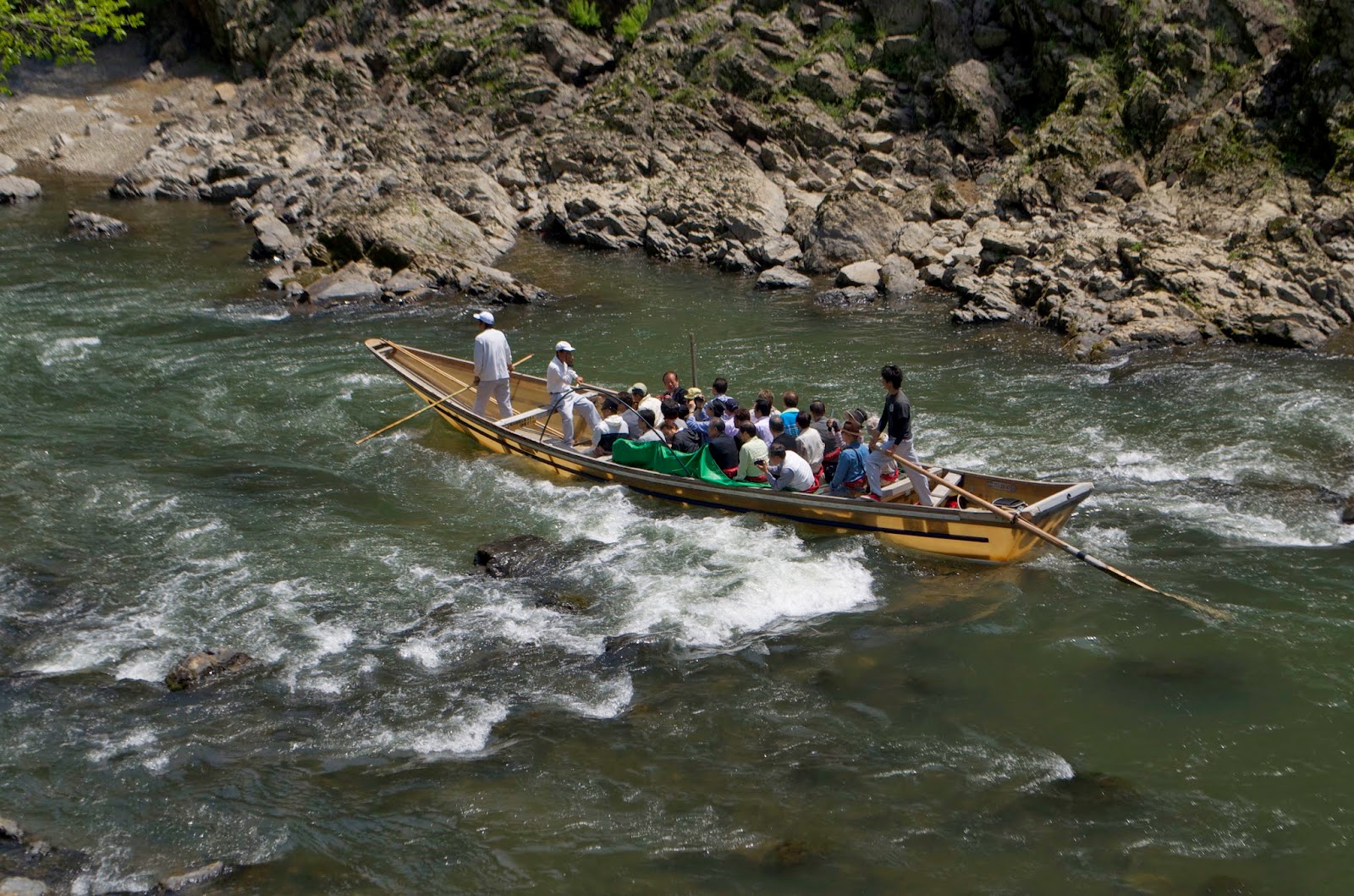 A river boat was on its way downstream and I kept pace for awhile. 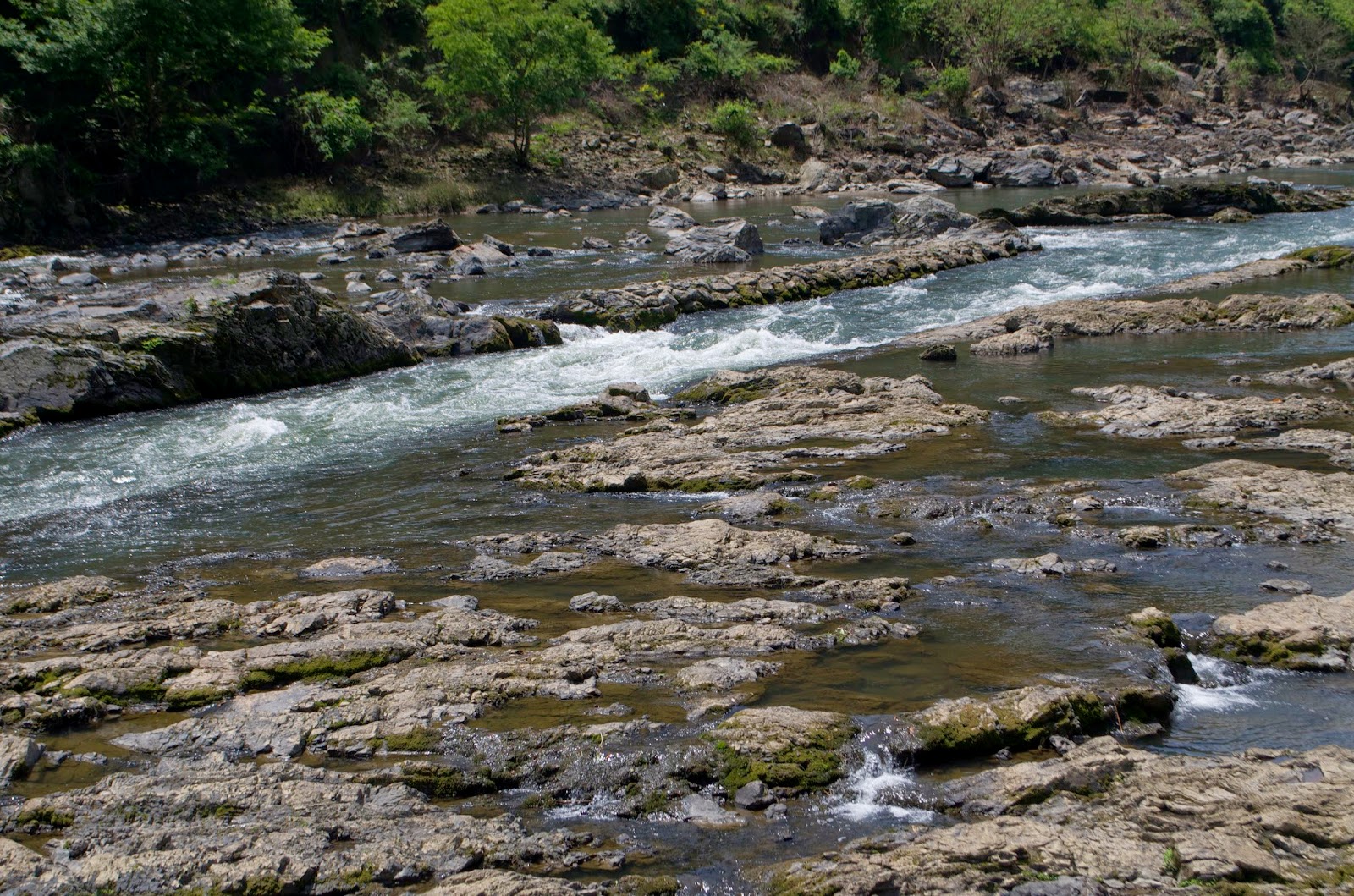 Over the last 400 years they have built channels and eddies to both help boats get down and make it easier to pull them back.  Yes, they used to pull the boats over 12 km back upstream. 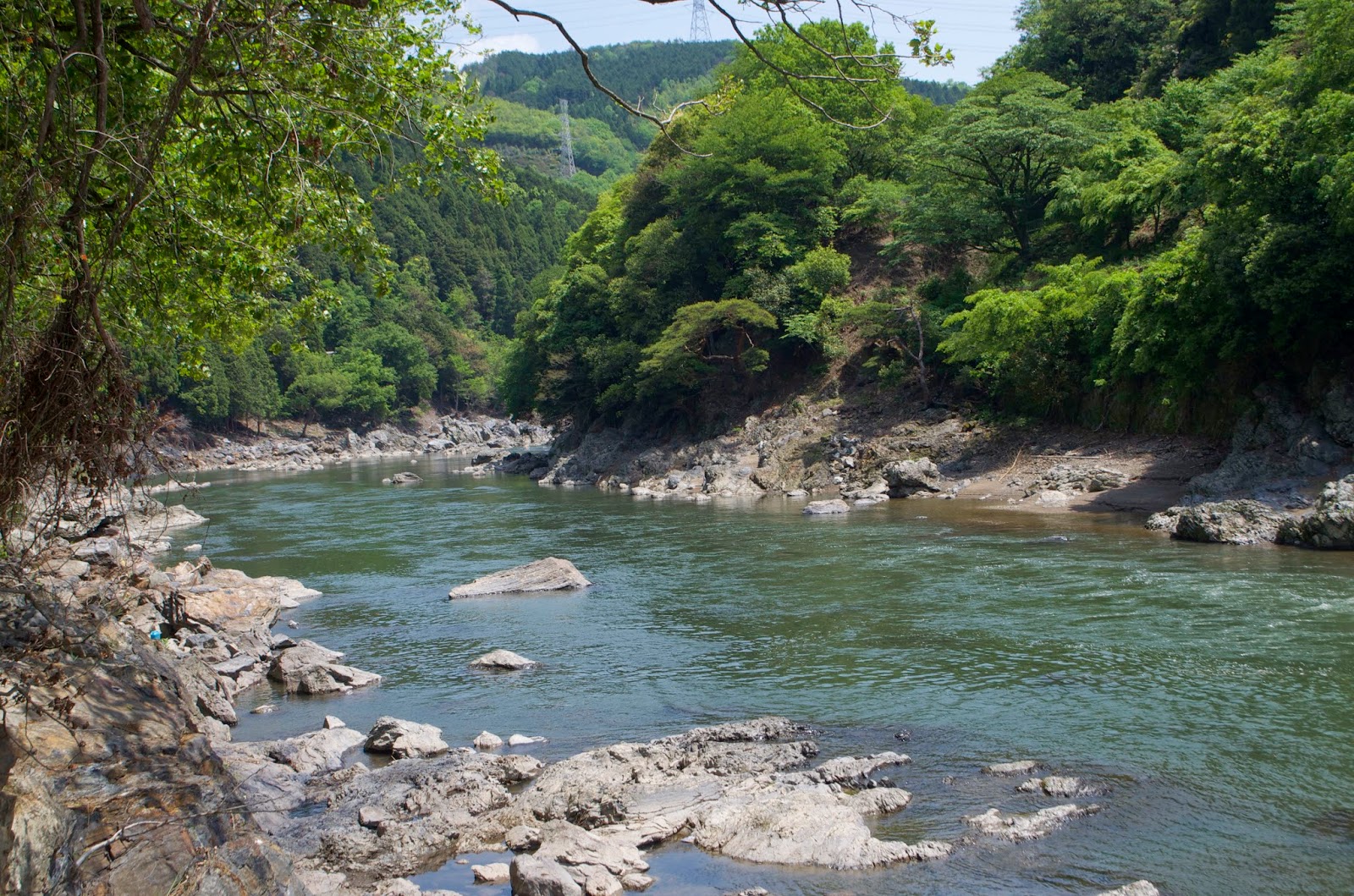 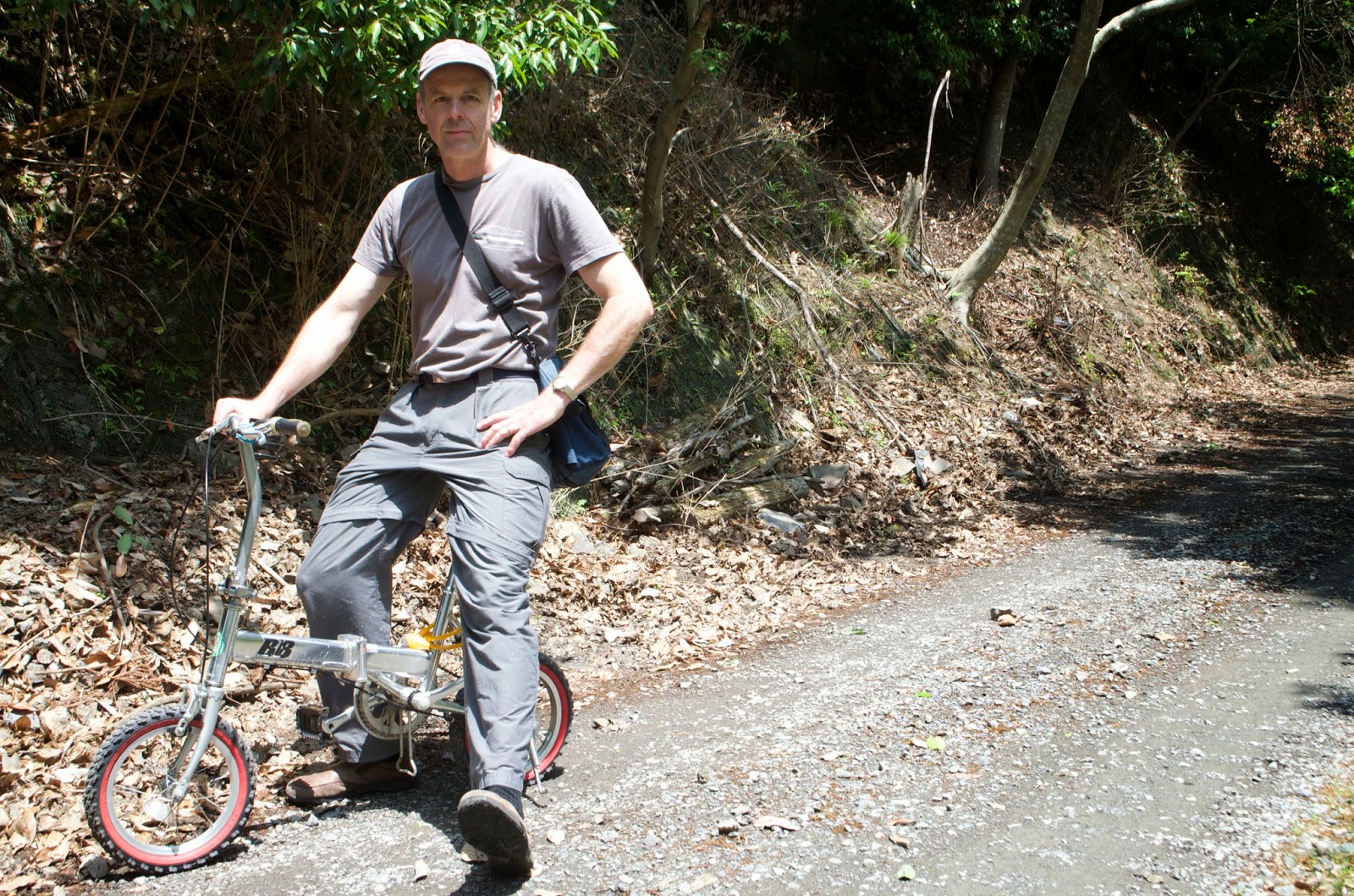 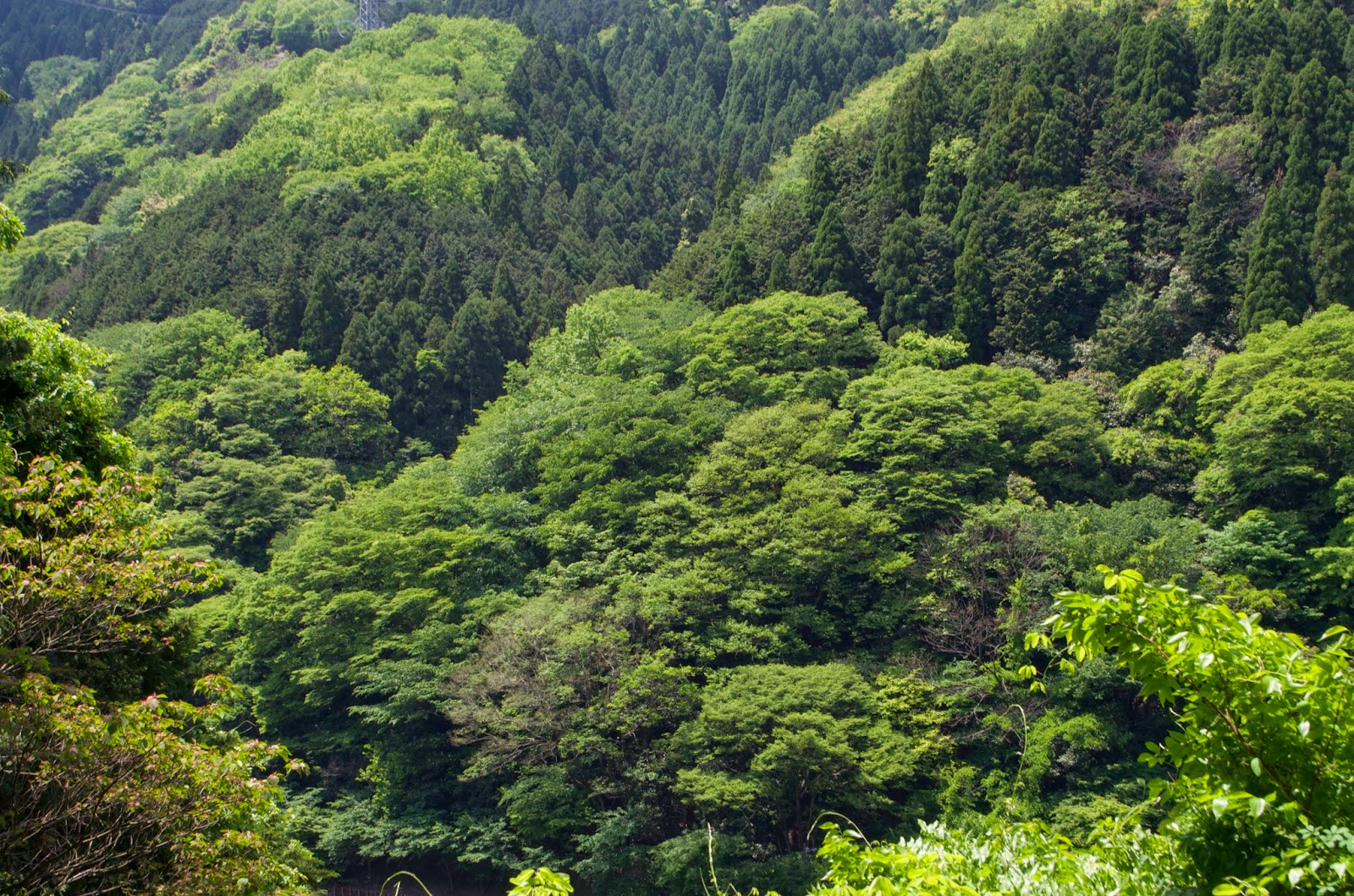 Japanese forests are a palette of colors, patterns and textures. 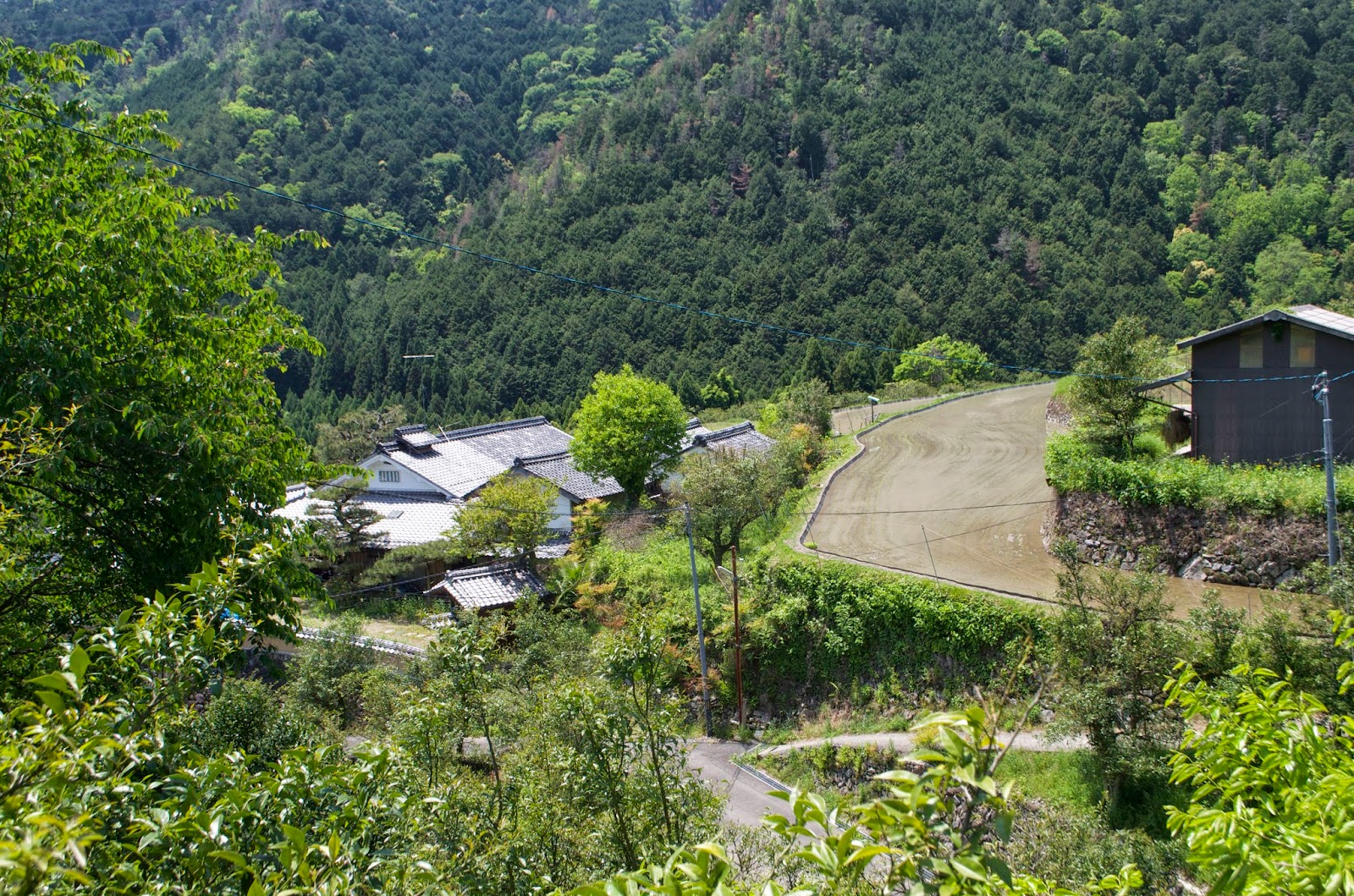 The road veered away from the river and sent me up an over a formidable hill.  I found a rural train station and the agent suggested I climb even higher, through one village, and then take a road that ran down another river right back to Kameoka.  So I headed off, mostly walking the bike uphill. 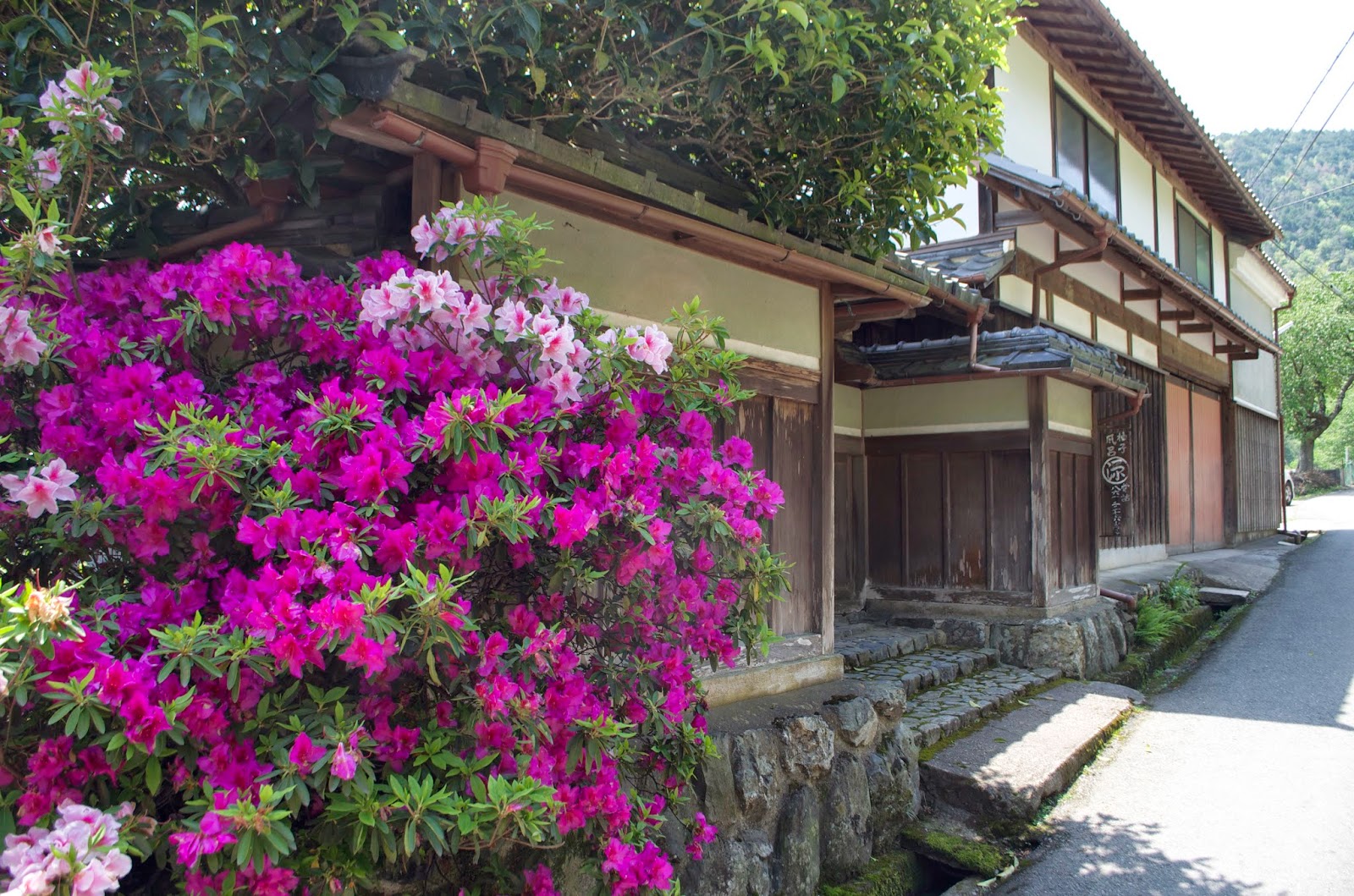 It took about 40 minutes to reach Mizuo, famous for growing a citron called yuzu.  A beautiful little town hugging the mountainside, with ancient terraced orchards. 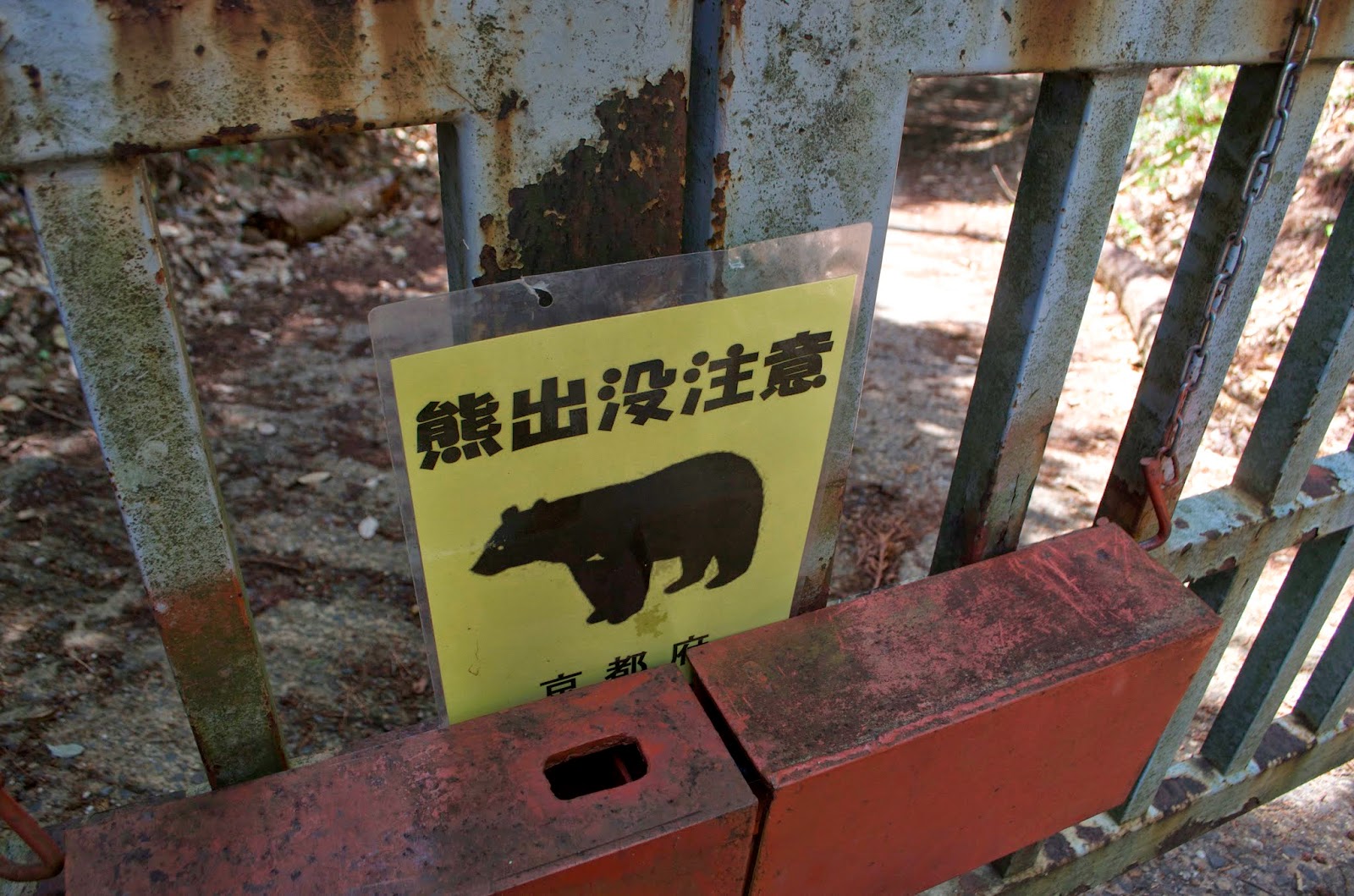 I climbed another half hour and found my road, with this sign at the gate. 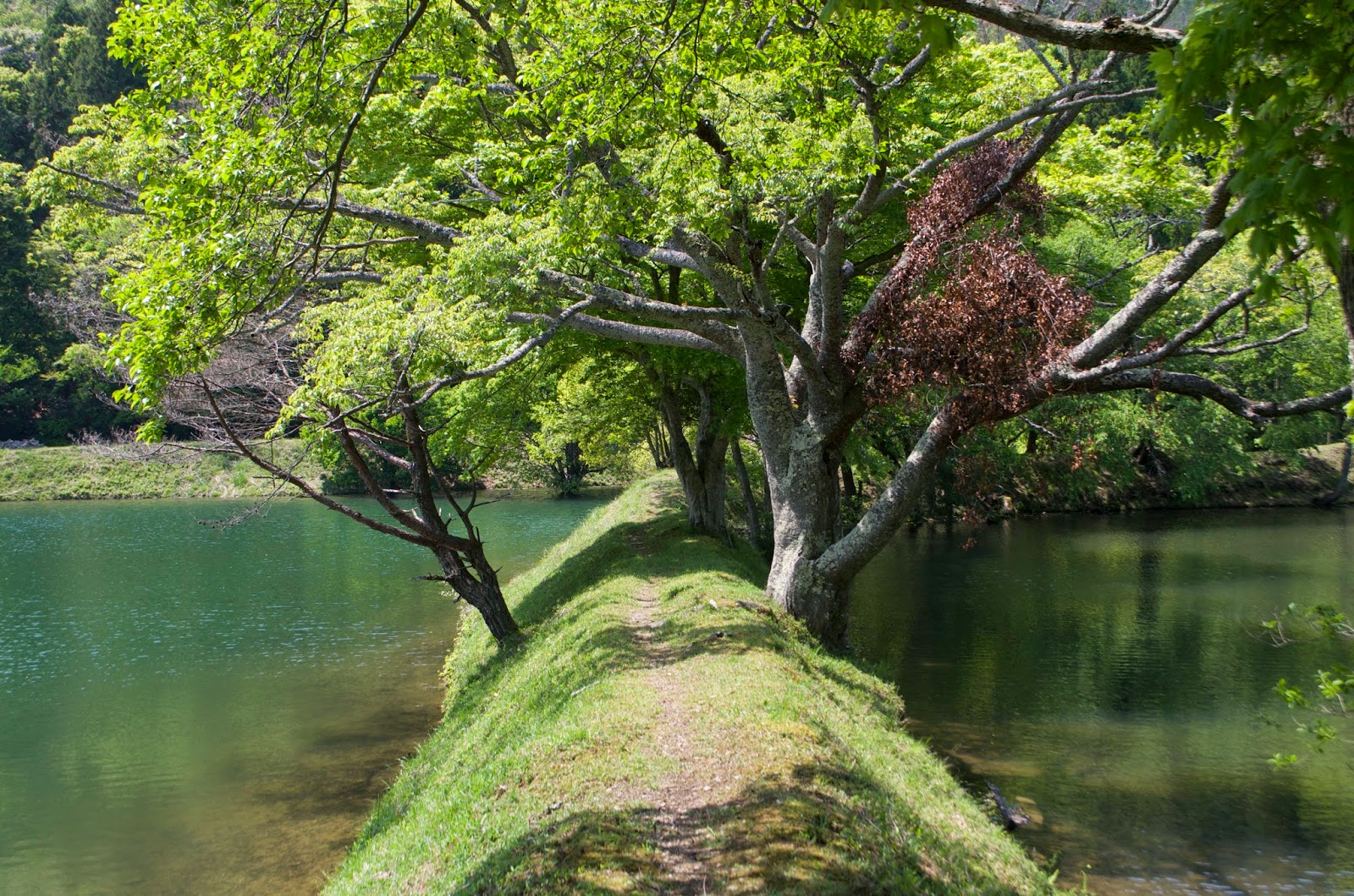 After a quick initial descent I came upon a series of mountain ponds that provide drinking water for Kameoka. 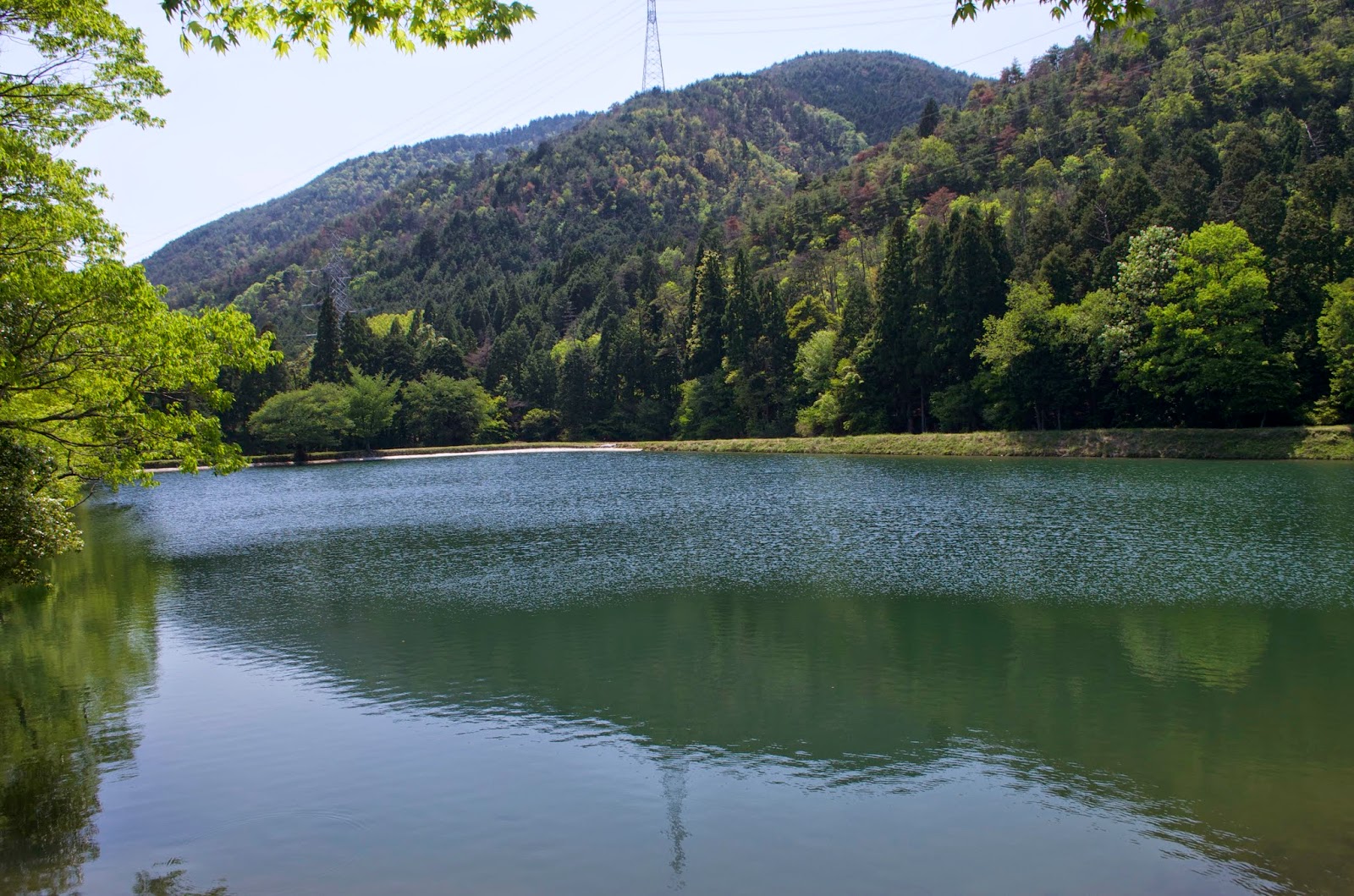 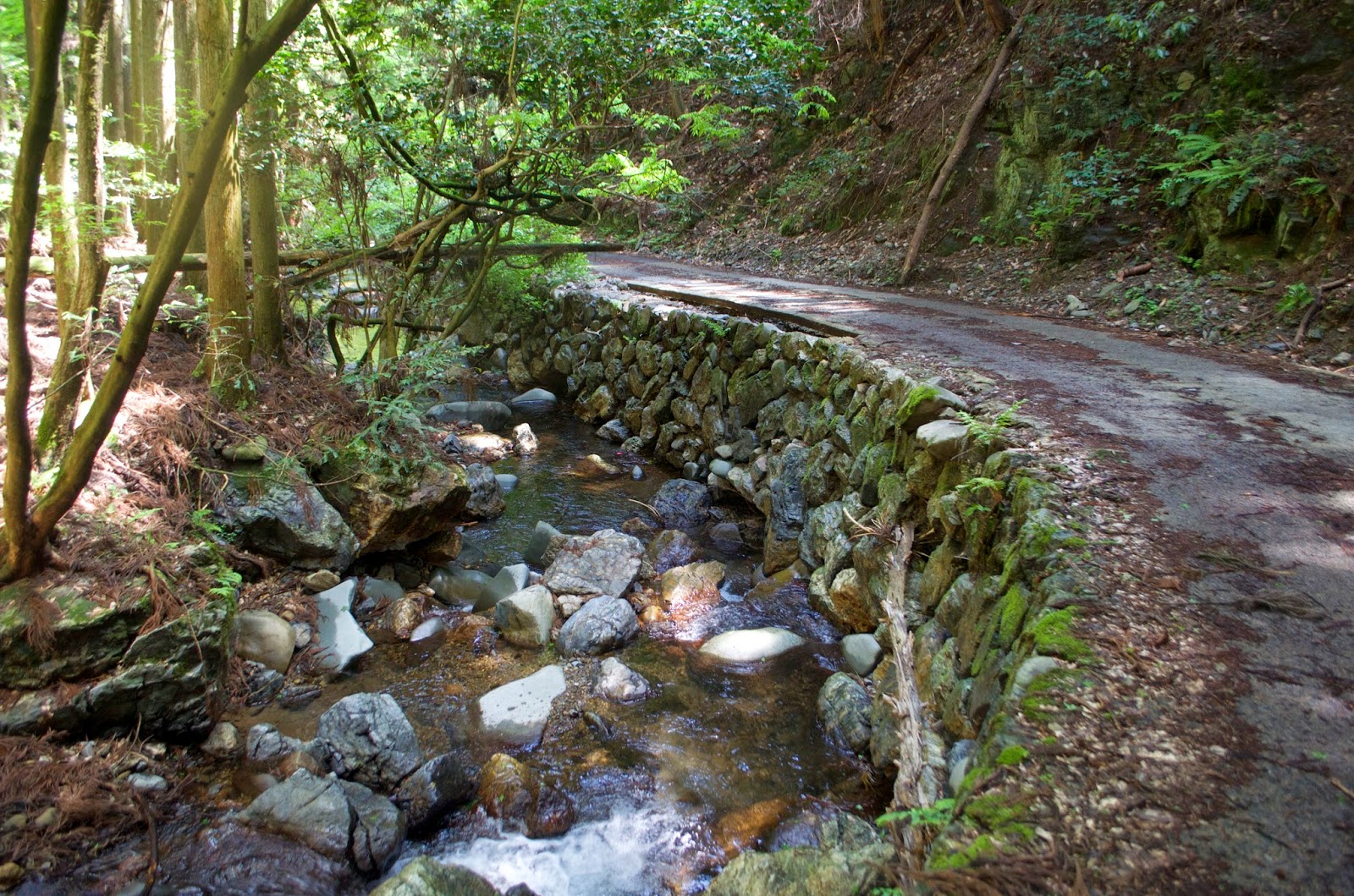 Then it was all downhill from there, just like the guy said.  I coasted down, riding the brakes for 30 minutes straight. 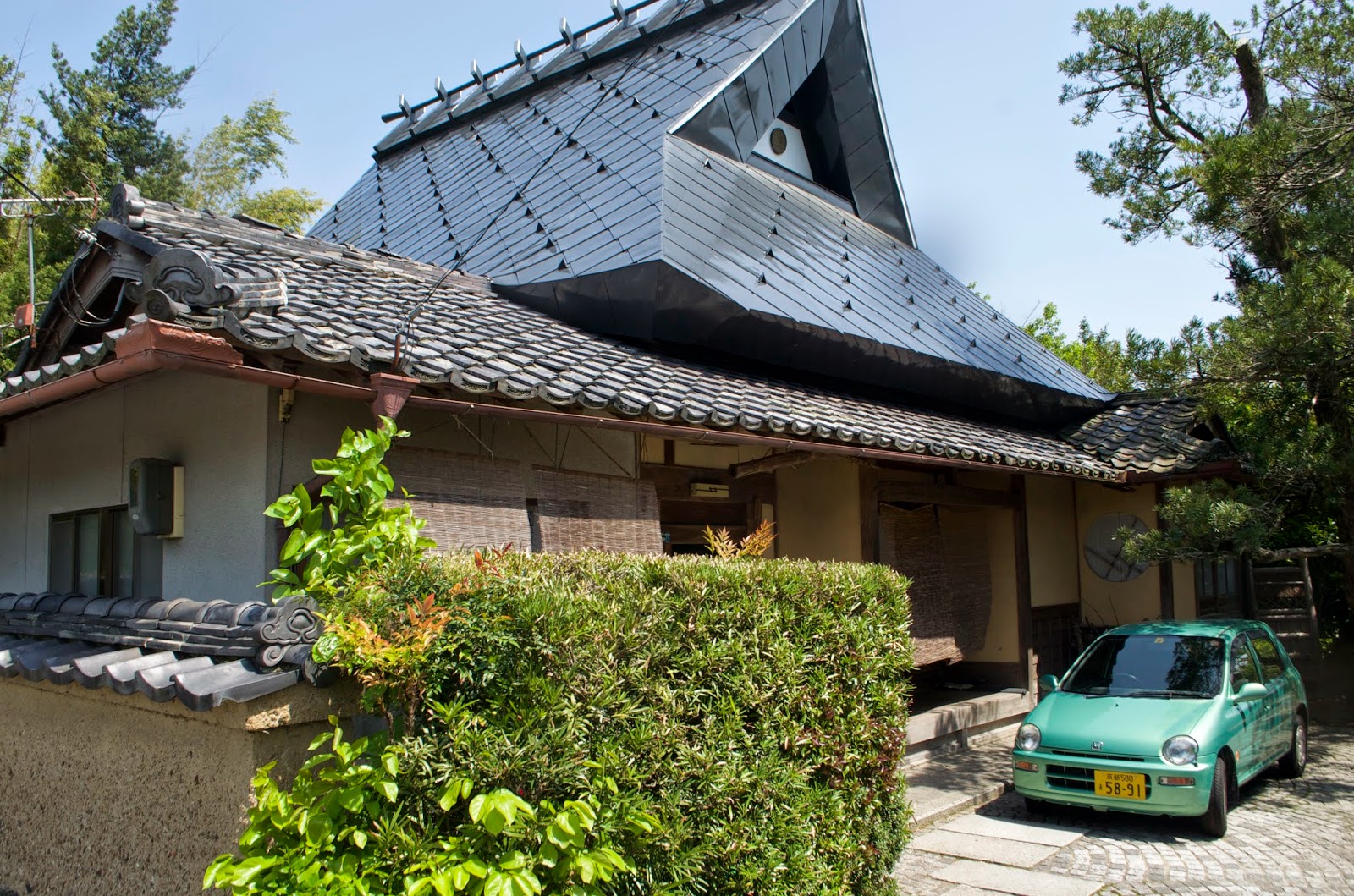 And I arrived back in the Hozu neighborhood, full of traditional homes like this thatched-roofed house, now covered with tin. 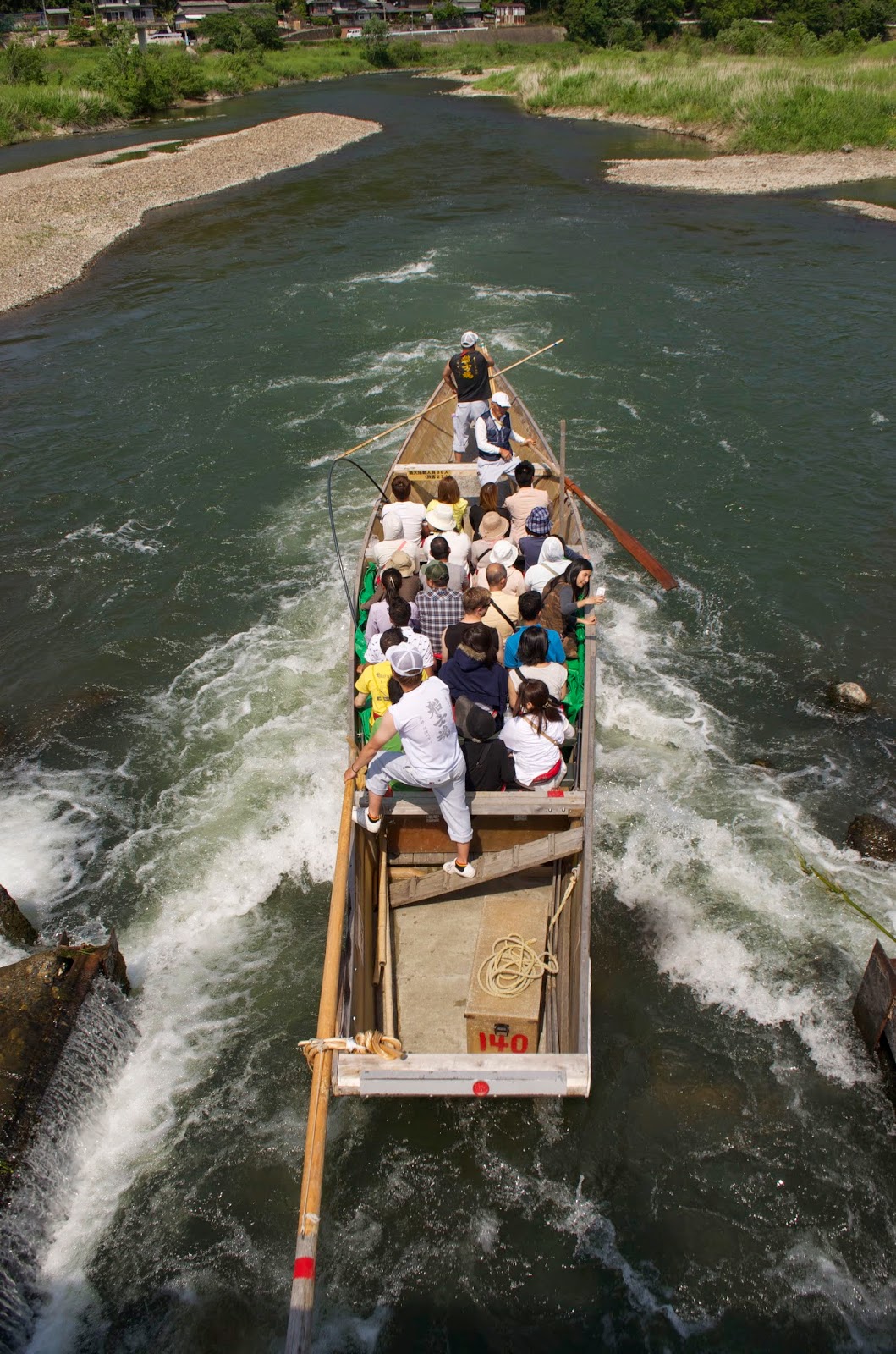 And over the bridge into town just as another tour boat headed downstream. 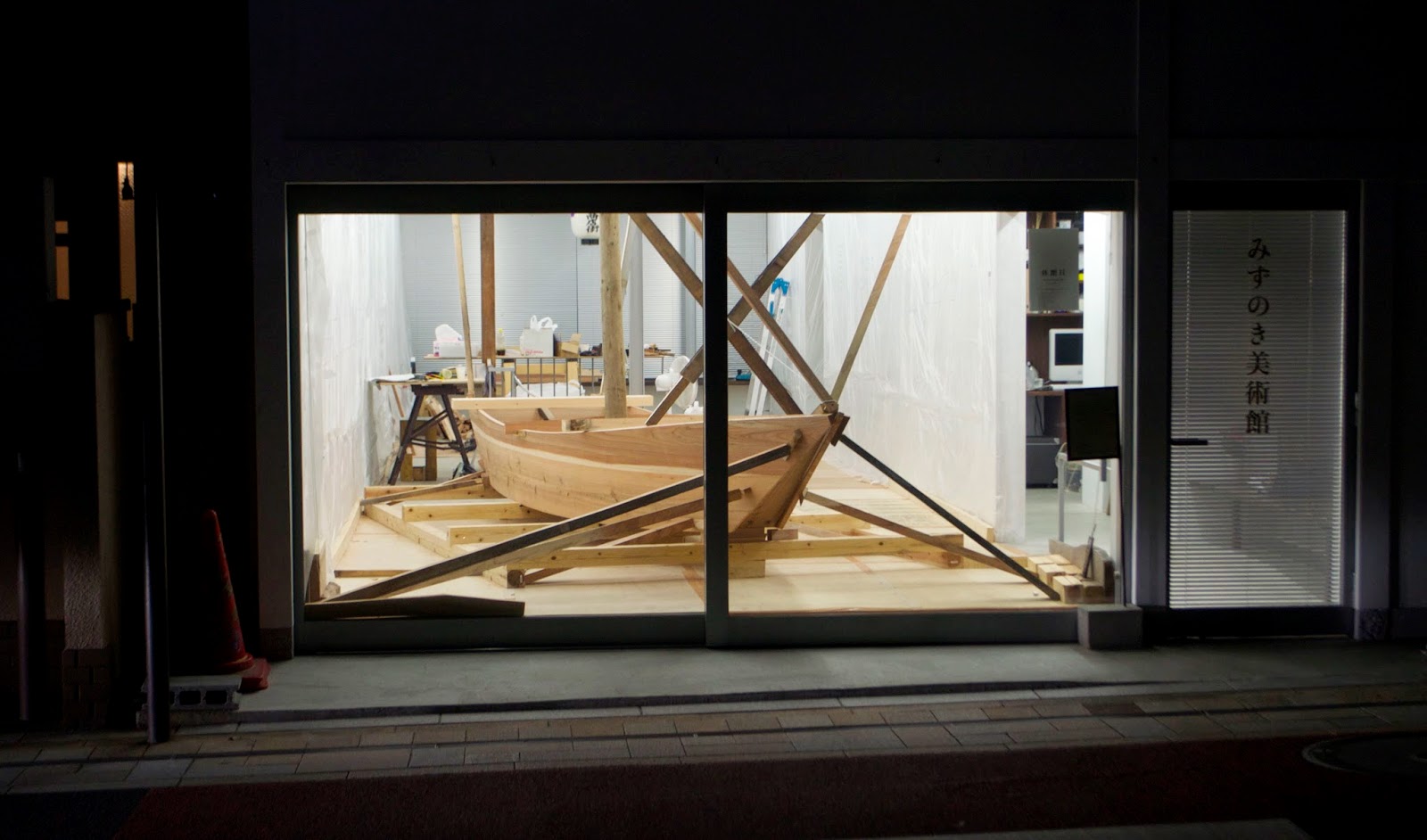 That night we had a party across the street from the museum. 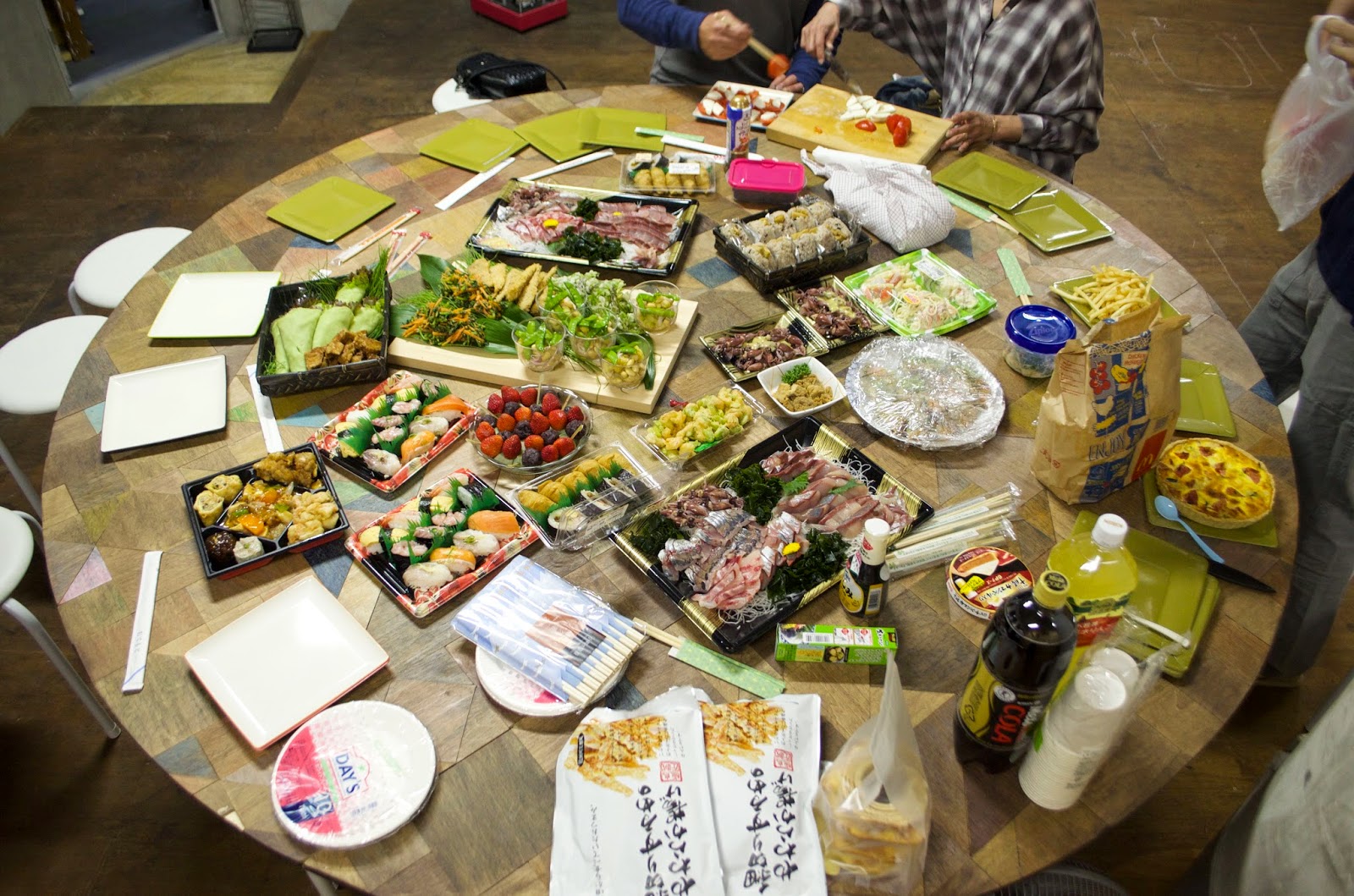 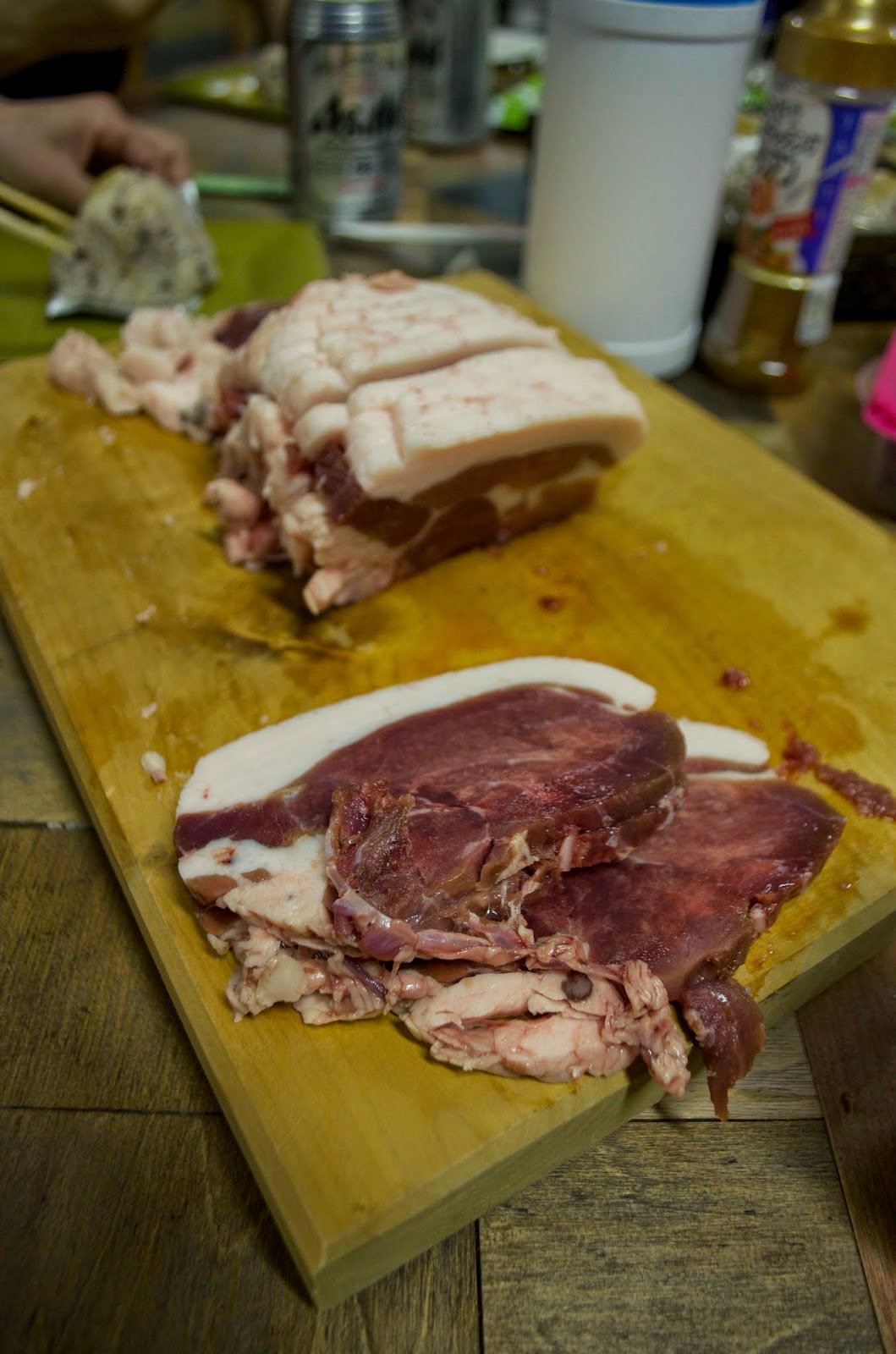 Posted by Douglas Brooks at 3:26 PM