The other day we took a walk over to see the local blacksmith.  He stopped by to see us and I wanted my students to meet him.  Its an experience, as he's quite a character and an amazing craftsman. 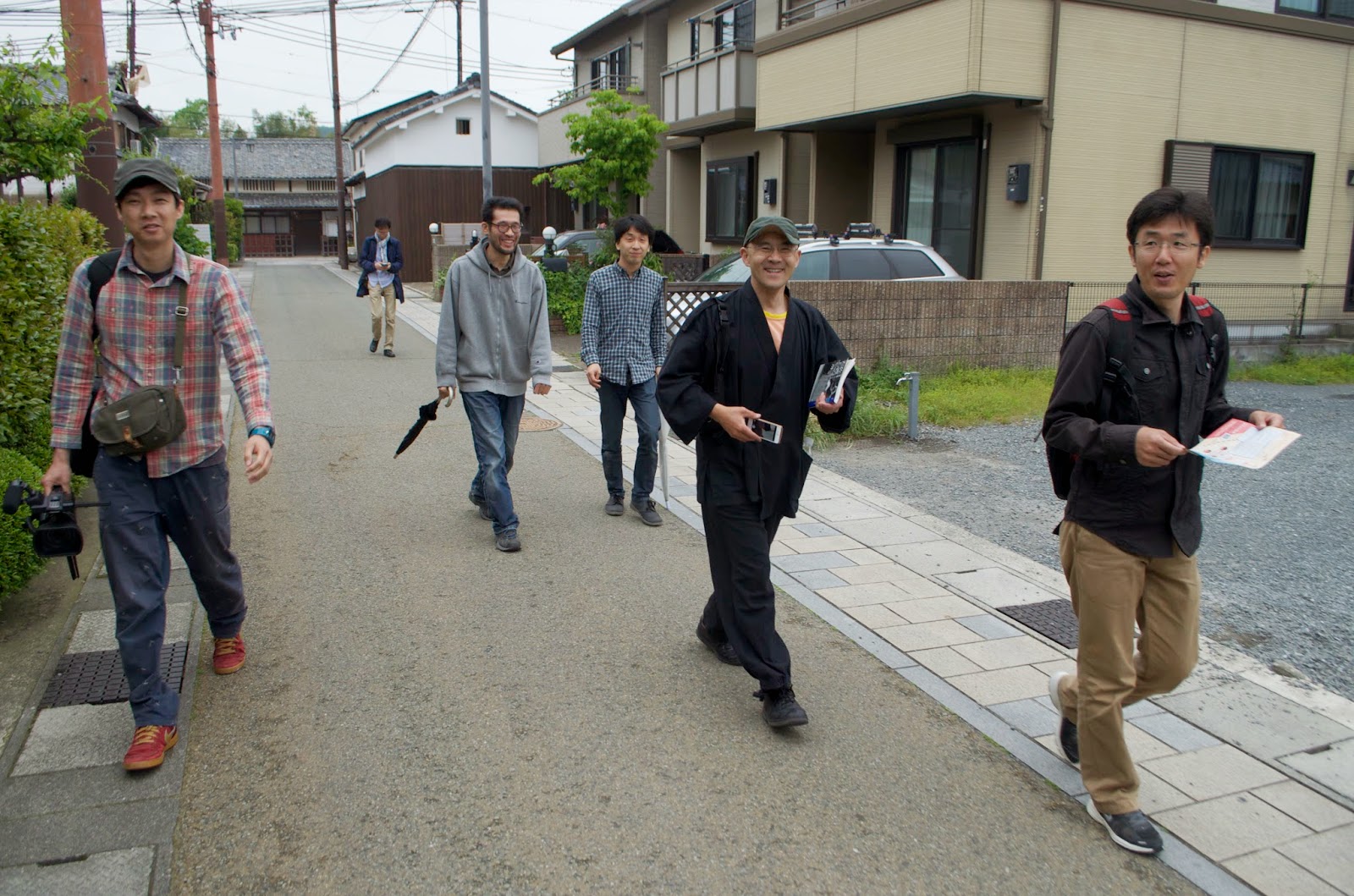 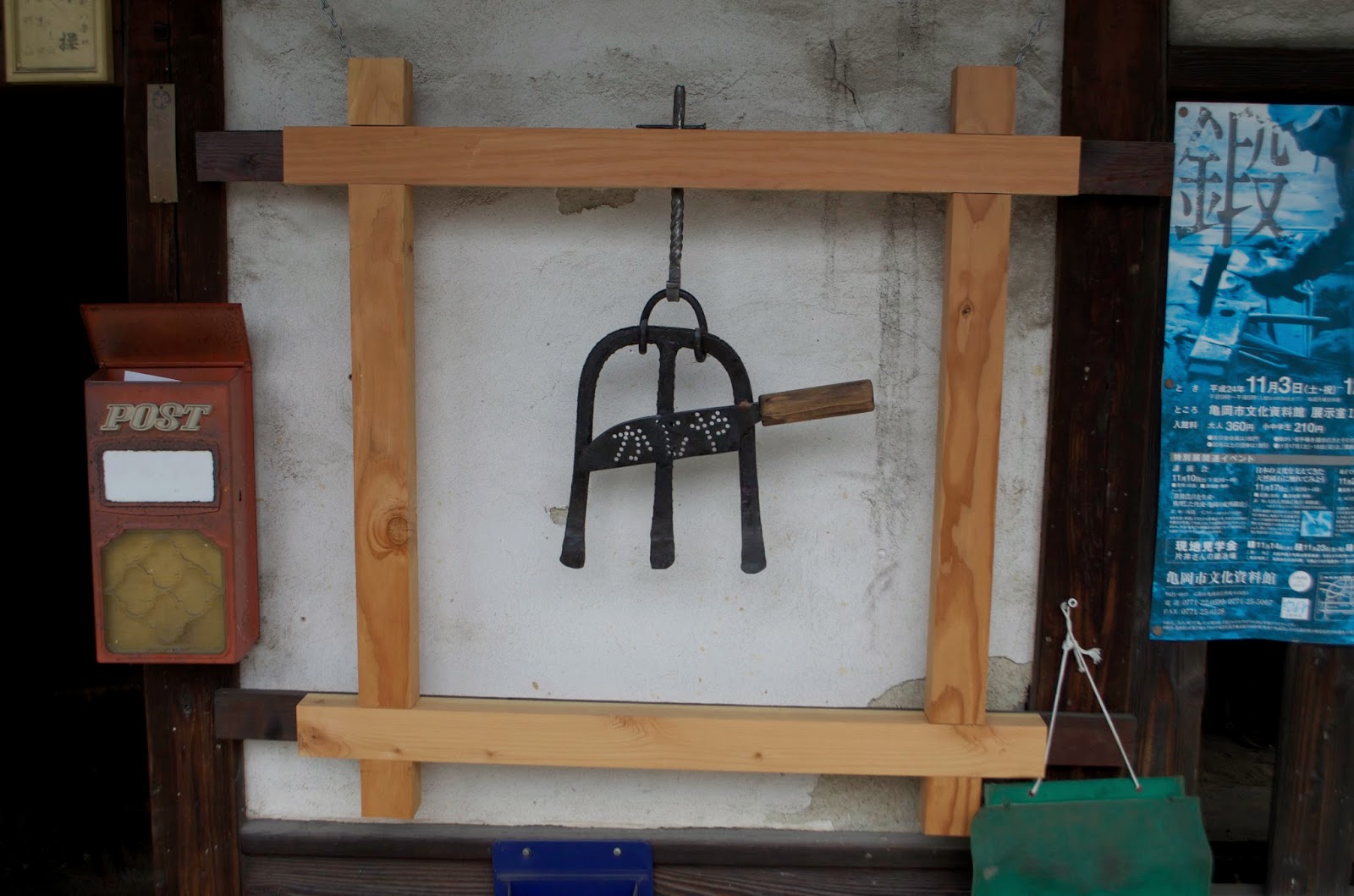 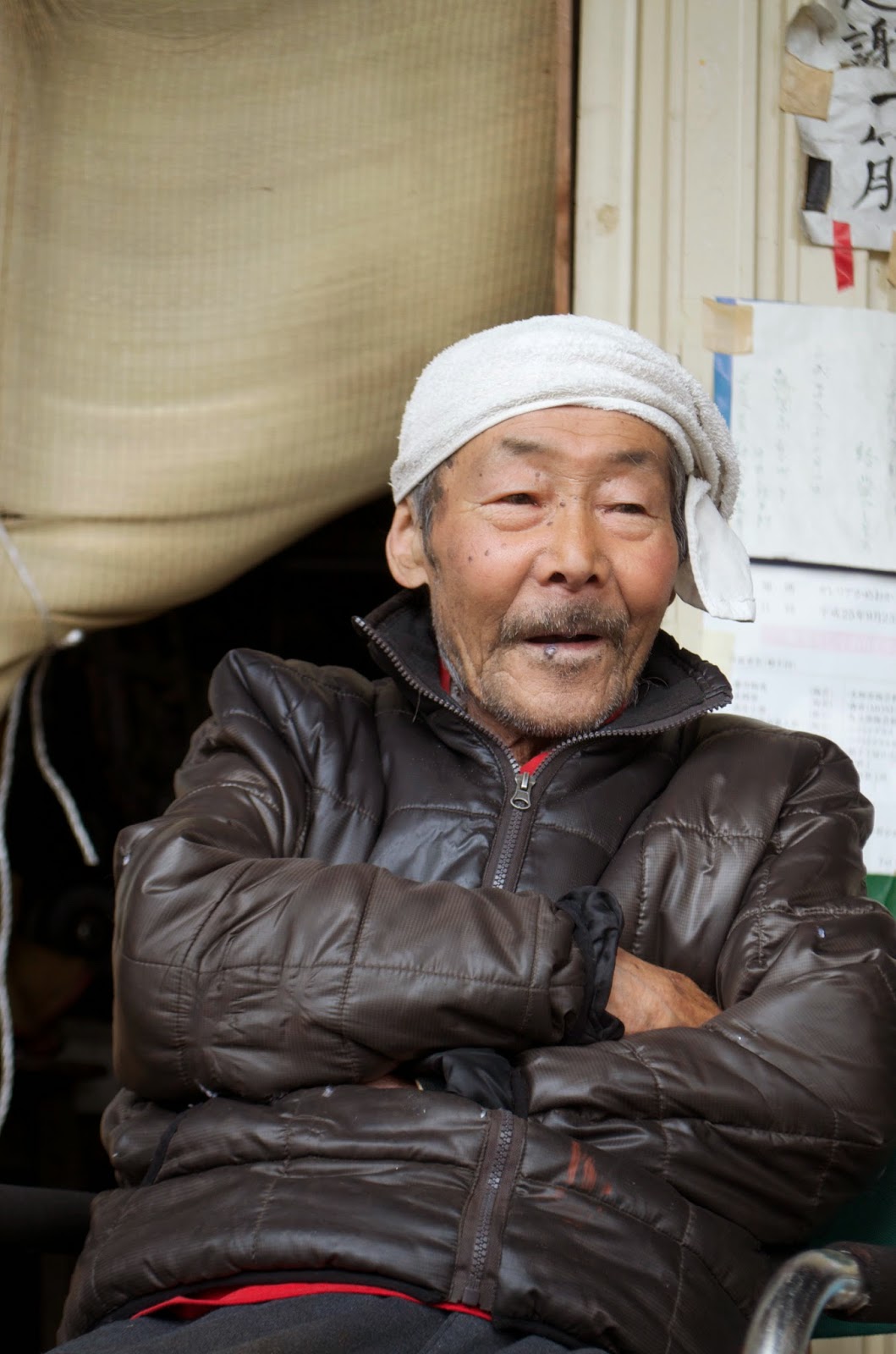 Katae san chatting with us.  His father was a blacksmith and he talked about what hard work it was, particularly his job of shouldering tools and riding his bicycles among the rice paddies trying to sell their wares.  He told me when times were tough he wanted to quit but through the study of Buddhism he persevered.  He repeated over and over again that now, at 82, he is completely happy. 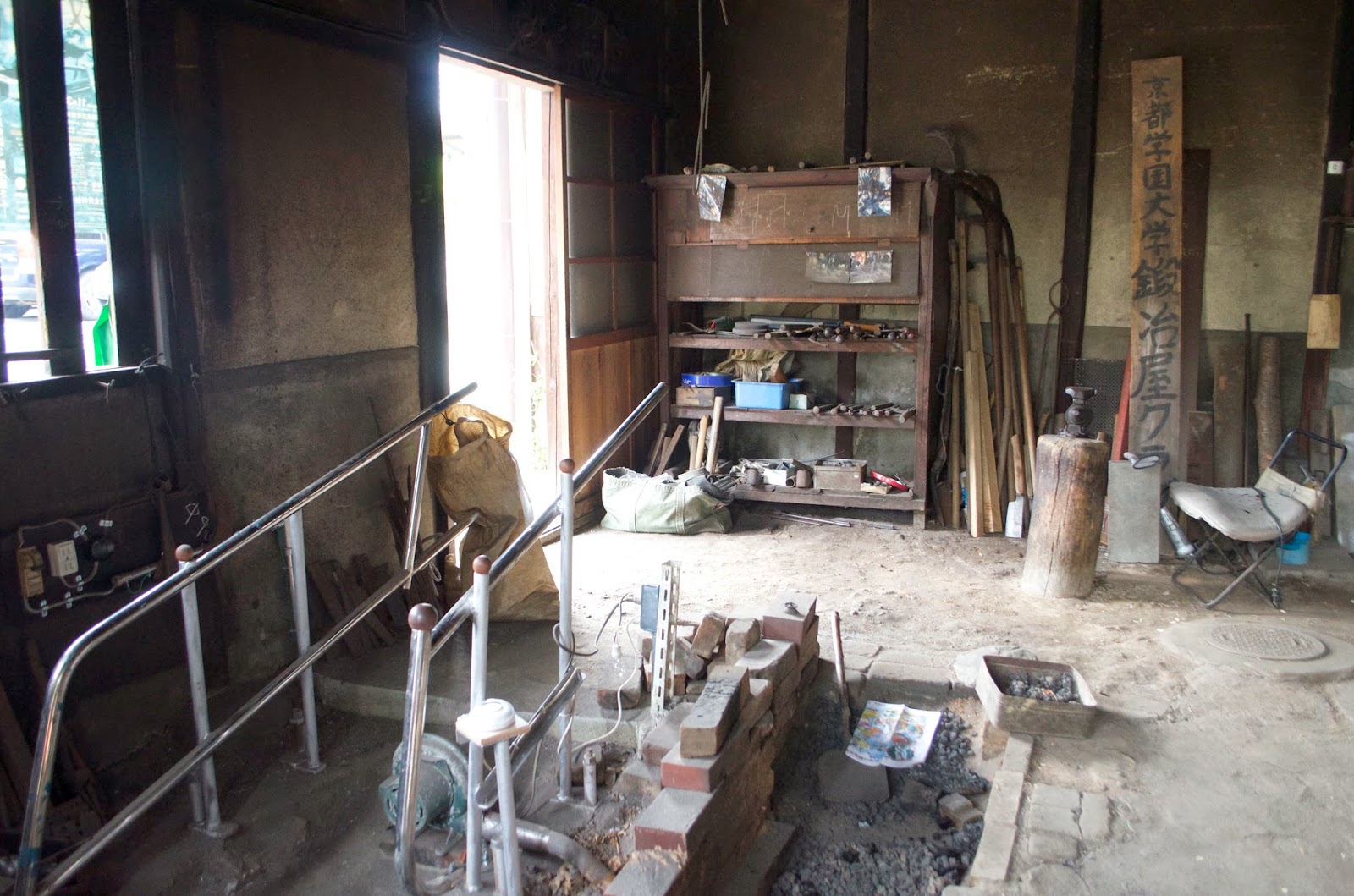 His shop is like something out of the Edo-period.  Note the rails installed so he can get down to the forge. 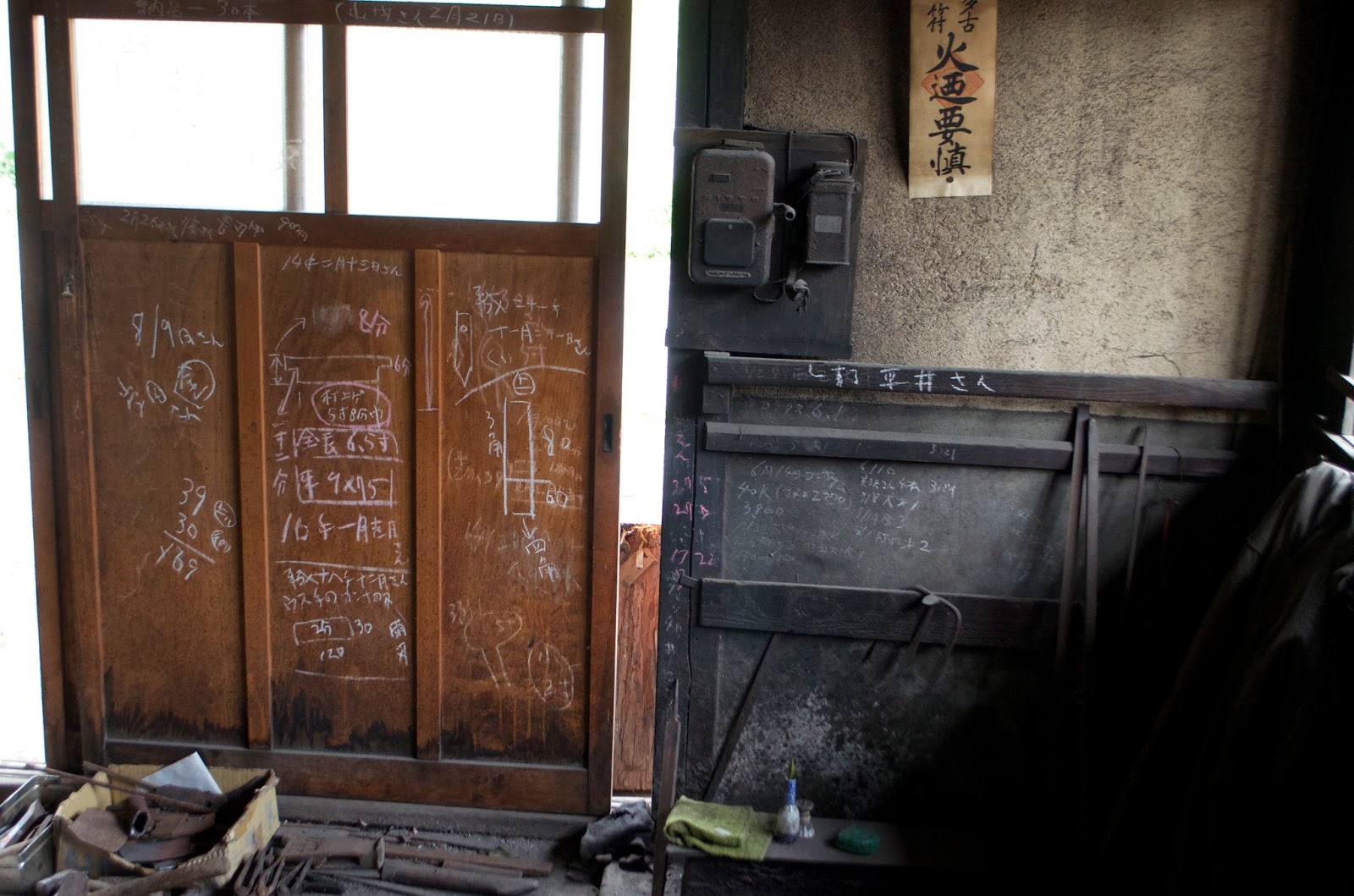 Notes on the shop walls. 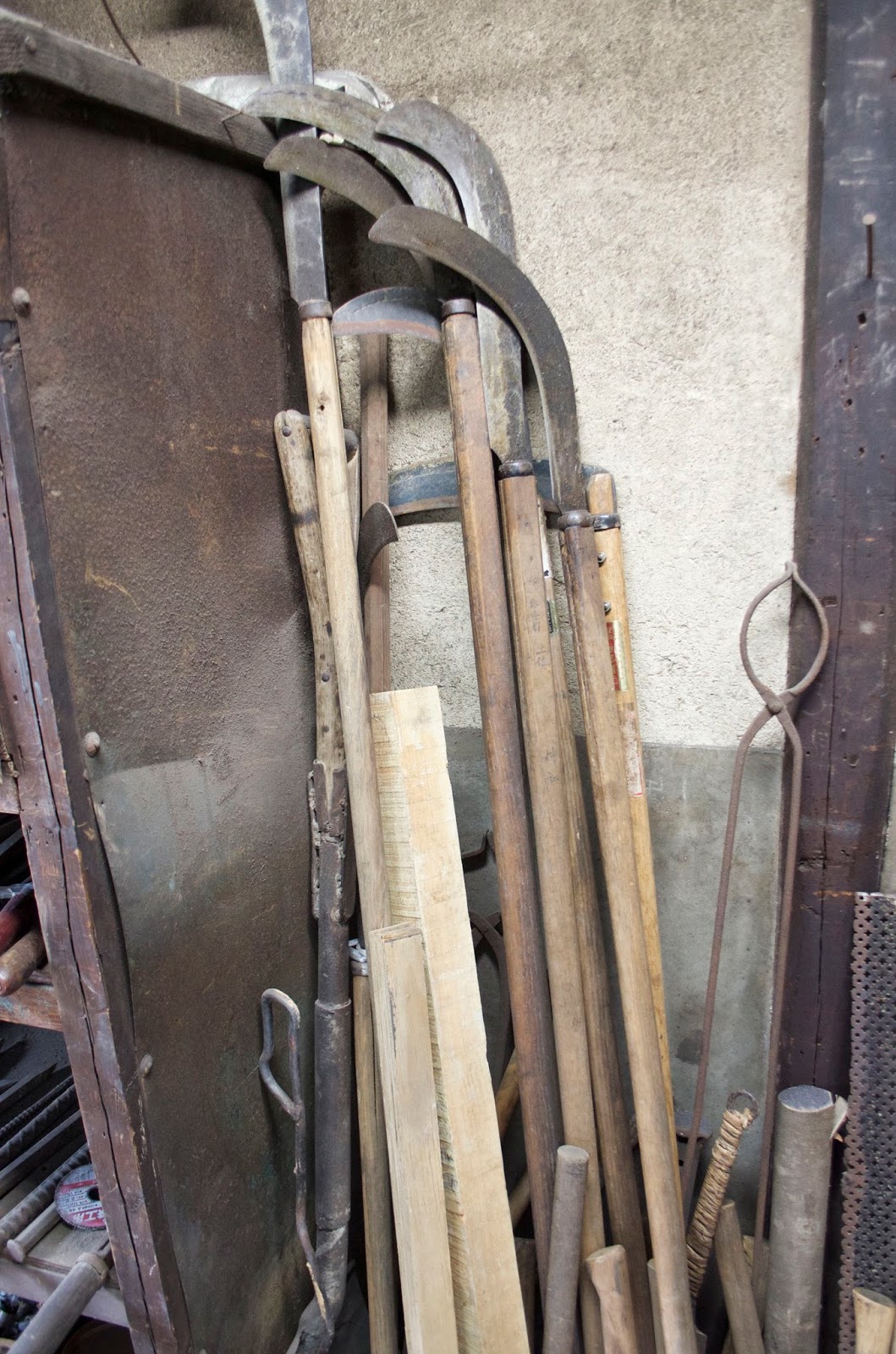 He said he specialized in farming tools and axes. 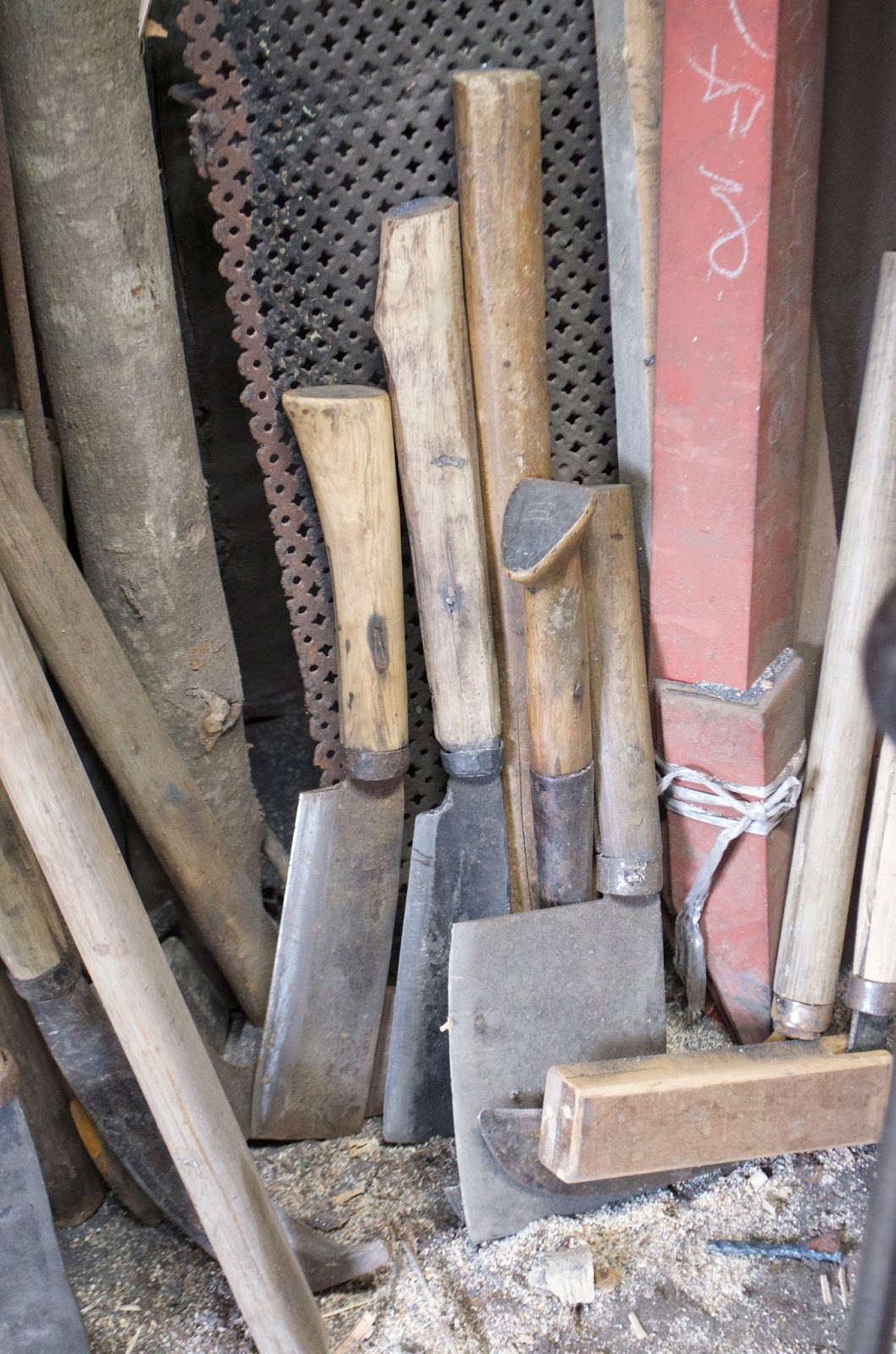 Here are some hatchets. 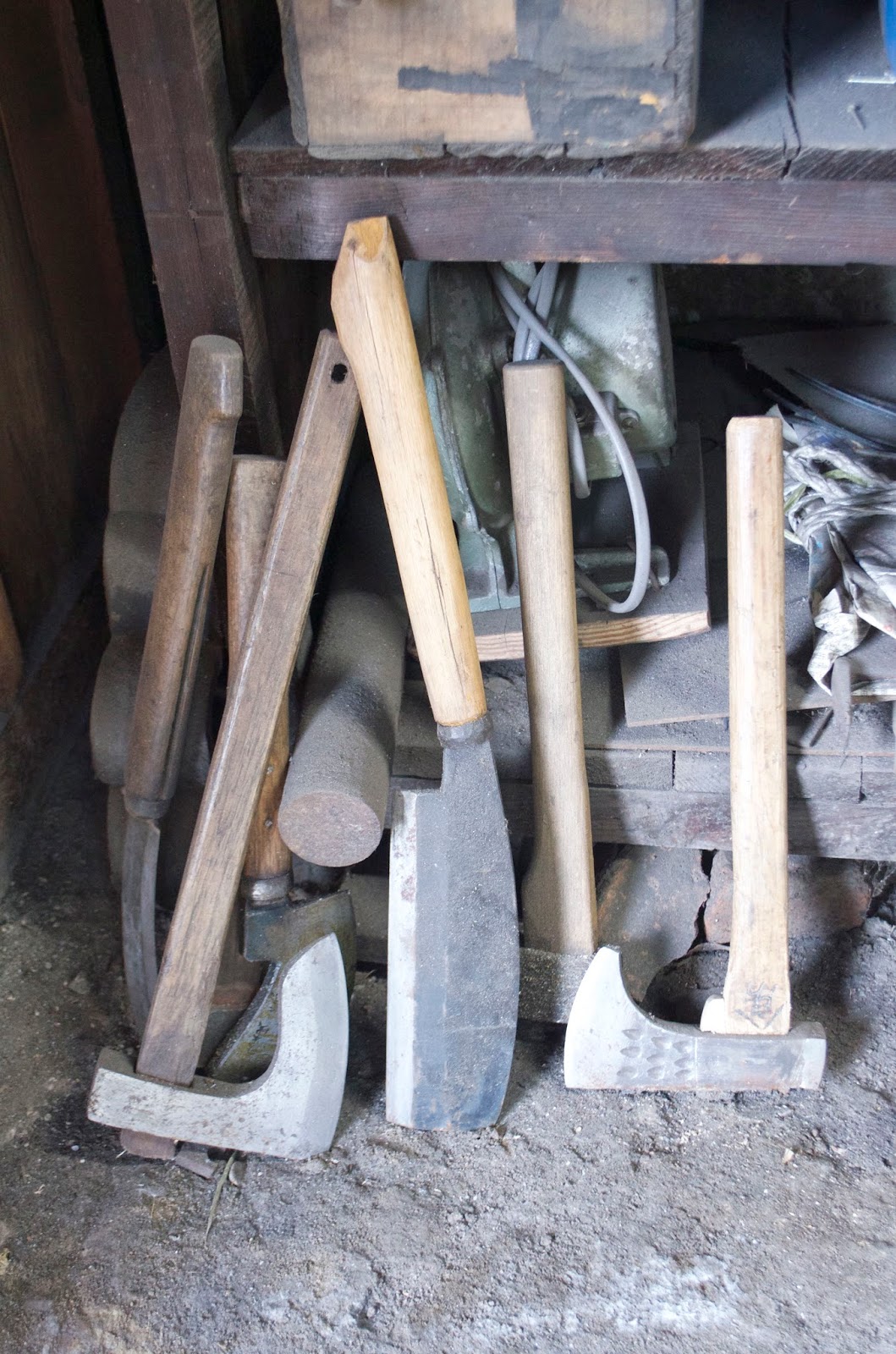 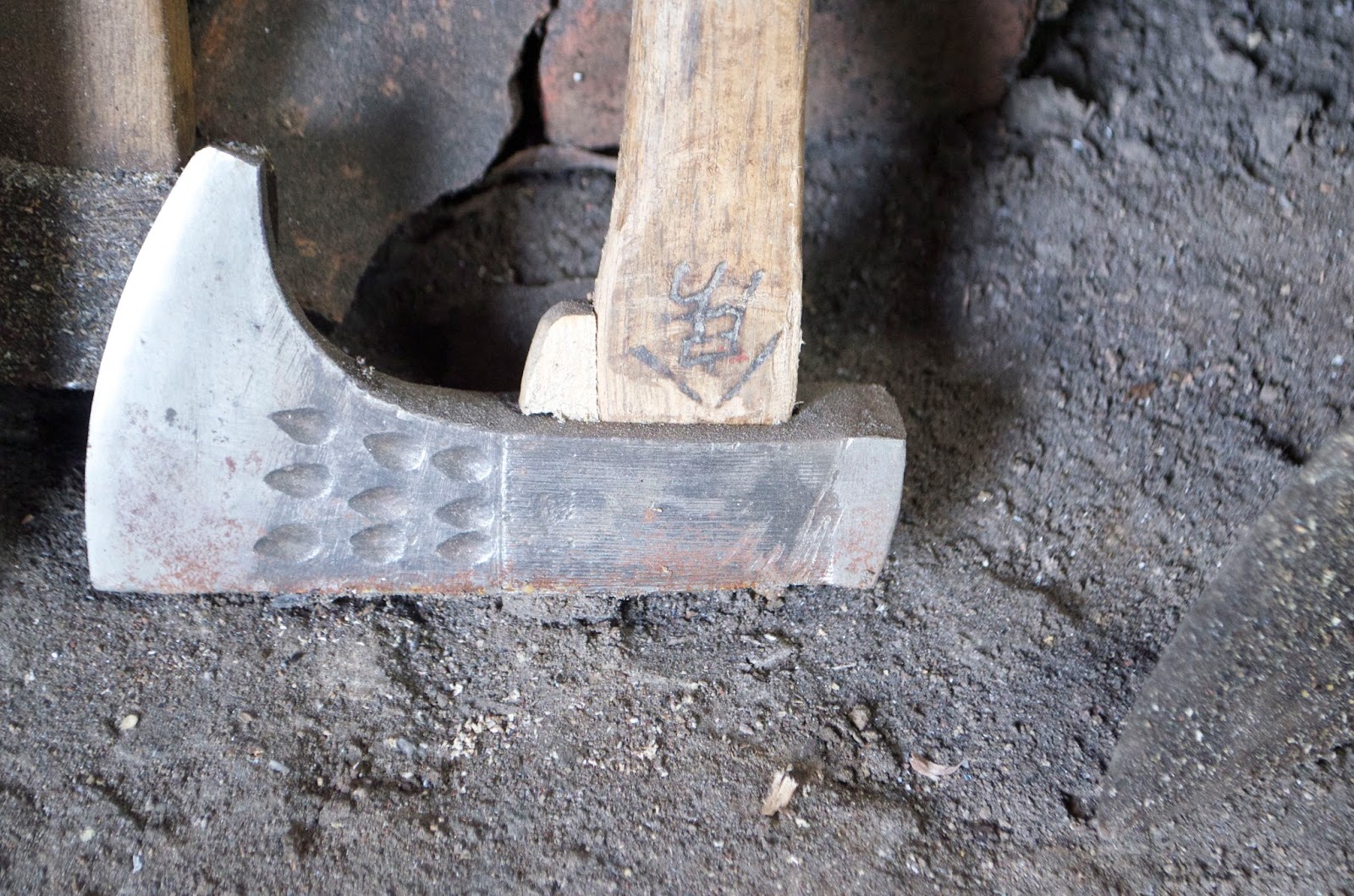 The axes were gorgeous. 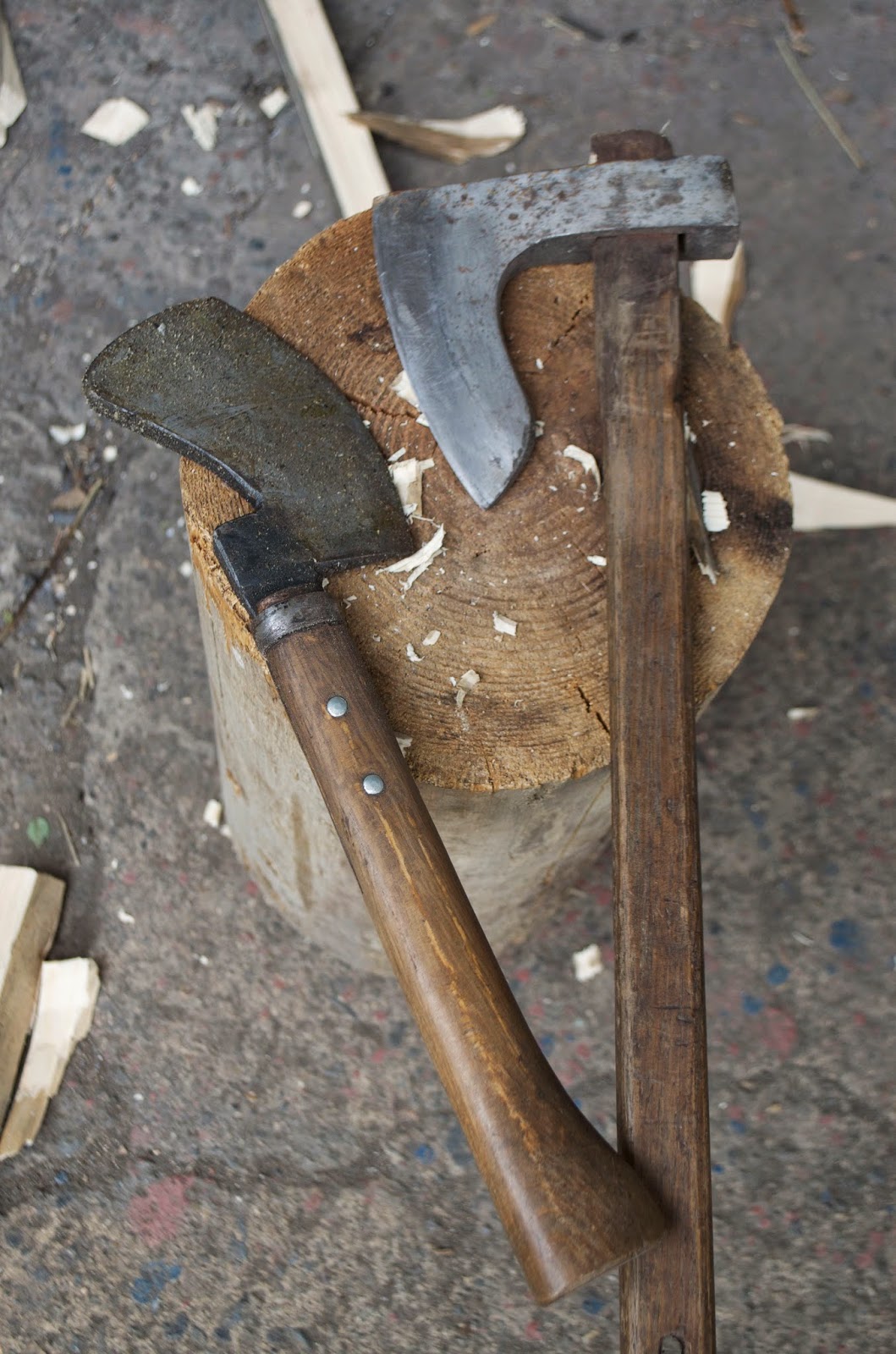 He explained that the gull-wing style axes are only used for flattening a log into a square timber, or any other place you might also use an adze.  He said you cut using the center of the blade and the gull-wing design is to put weight above the cutting area for better balance.  The other tool shown here he said was for trimming branches, and is swung upward.  I didn't get its name but I've never seen one before. 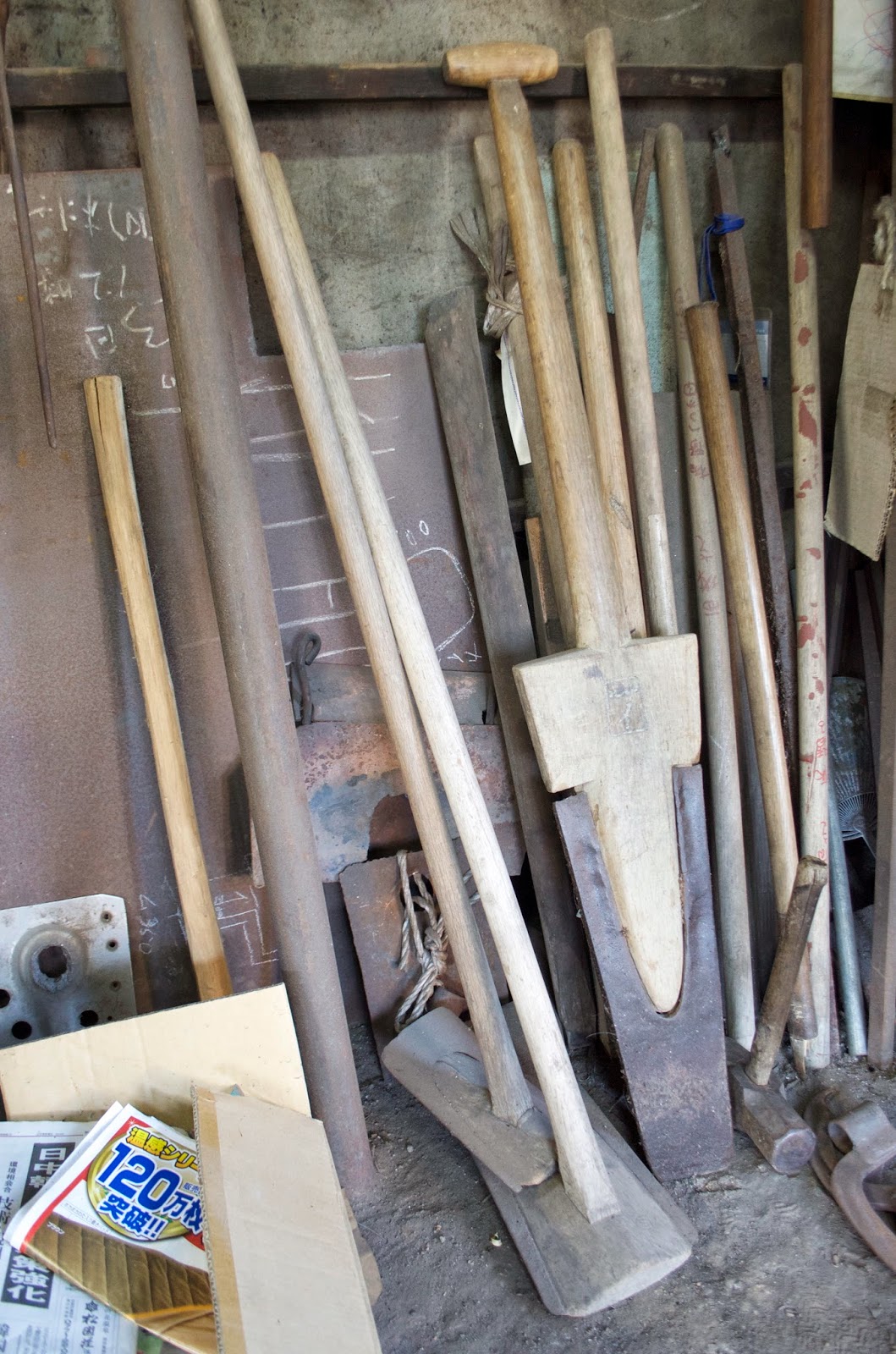 More farming tools for digging ditches in the rice paddy and trimming the edges. 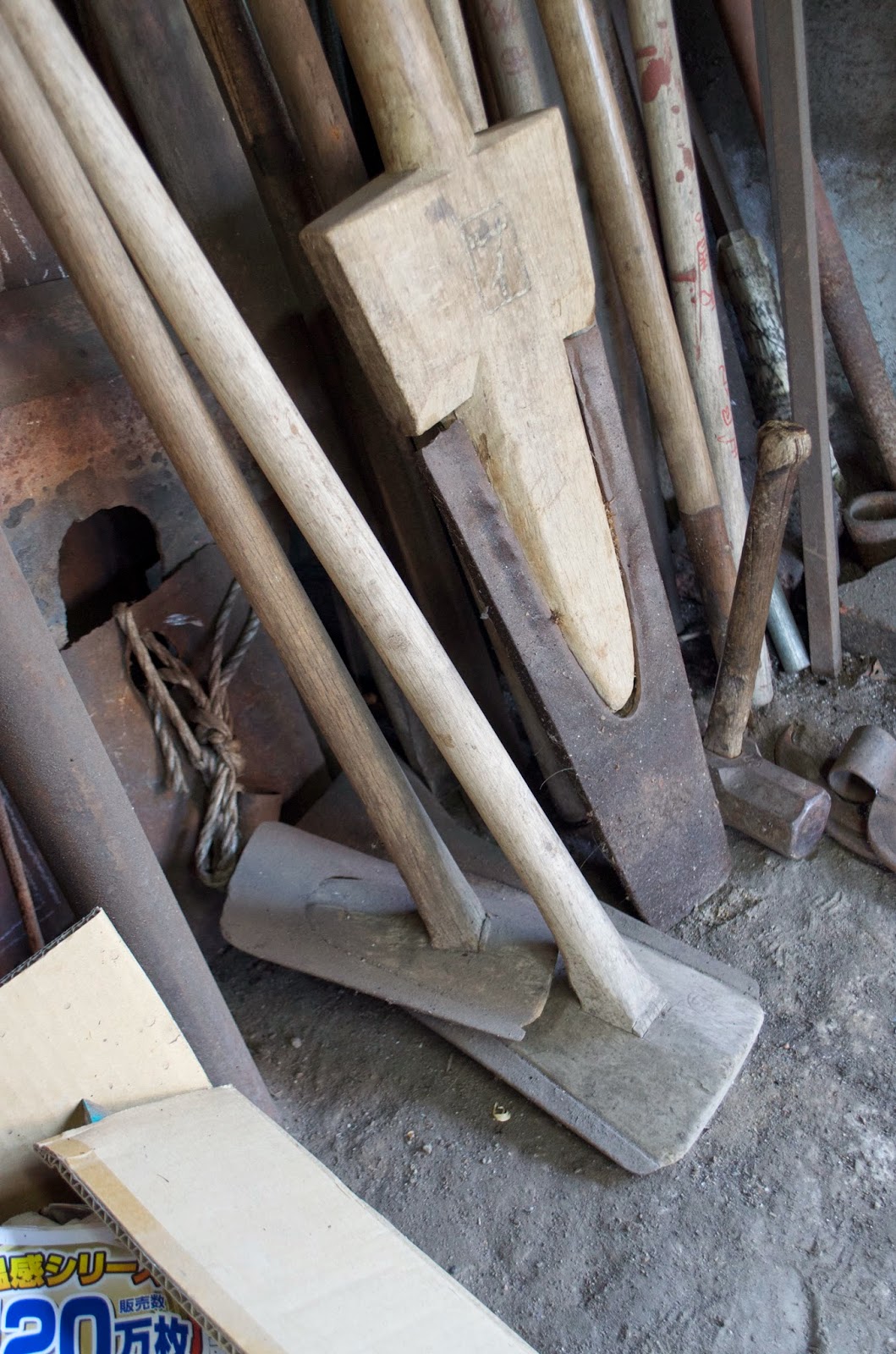 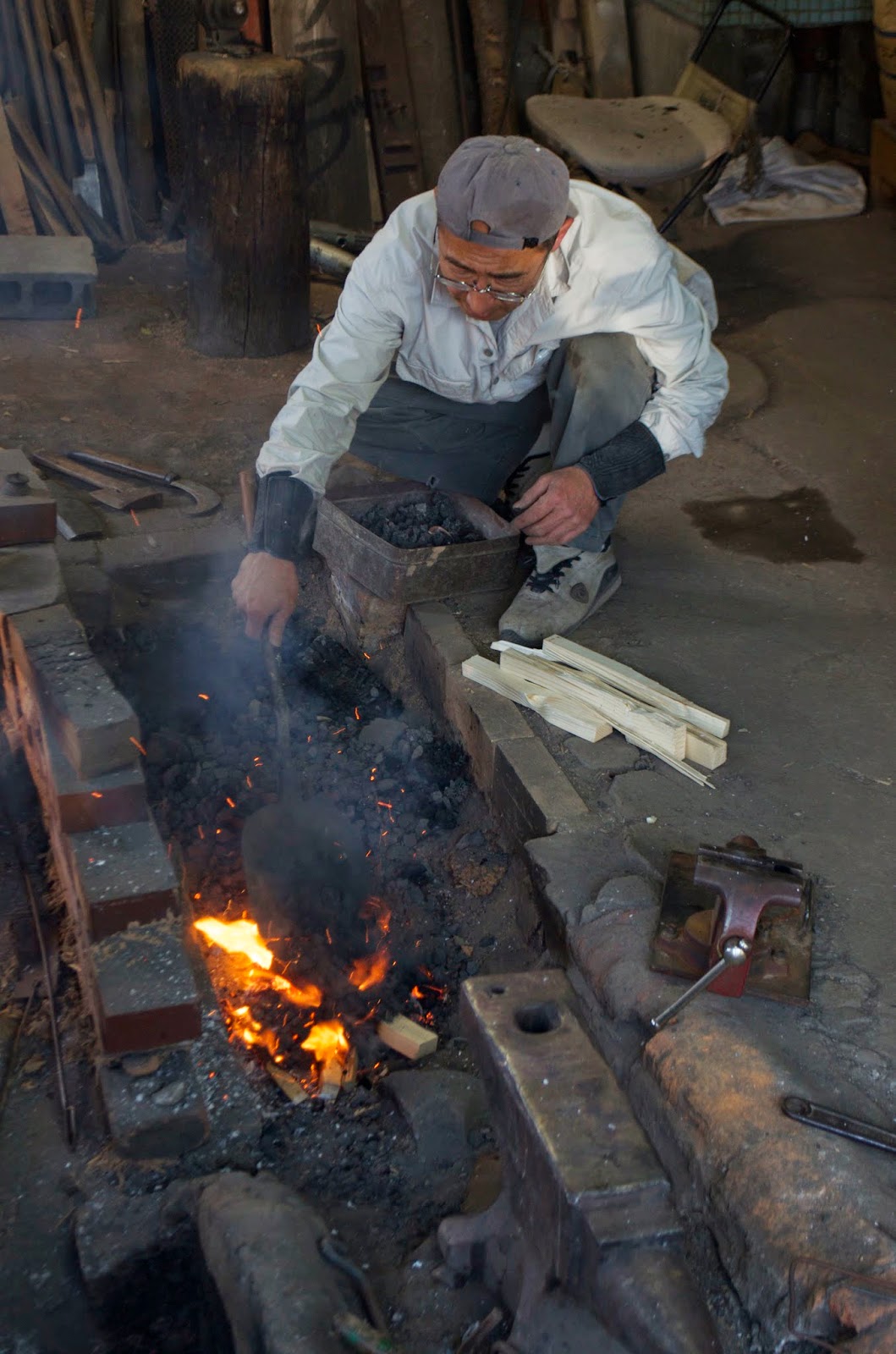 Katae san's greatest satisfaction has come from teaching blacksmithing, and on weekends his shop is a de facto clubhouse of people working with metal, including students from the Kyoto University Blacksmithing Club.

Posted by Douglas Brooks at 3:26 PM