Kansei means the finish, and I've been asked when that would be and today is the day.  I need to do a few small things to the boat and its done.  The museum is flying me back to Kameoka for the opening of an exhibit based on the boat June 28th and we will launch the boat in the river on June 29th. 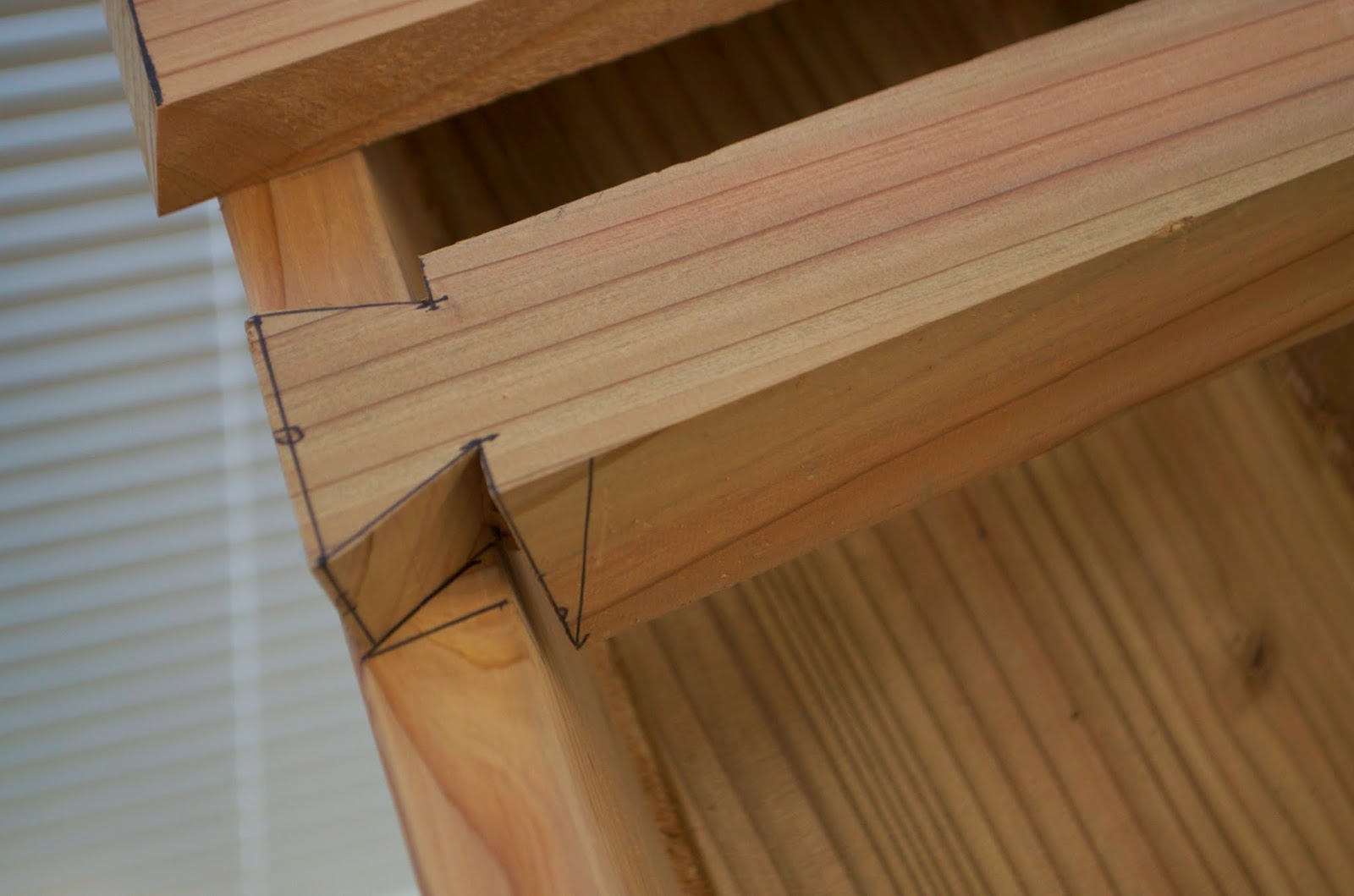 Tricky layout for the forward beam, which has dovetailed ends and must fit against tapering planking. 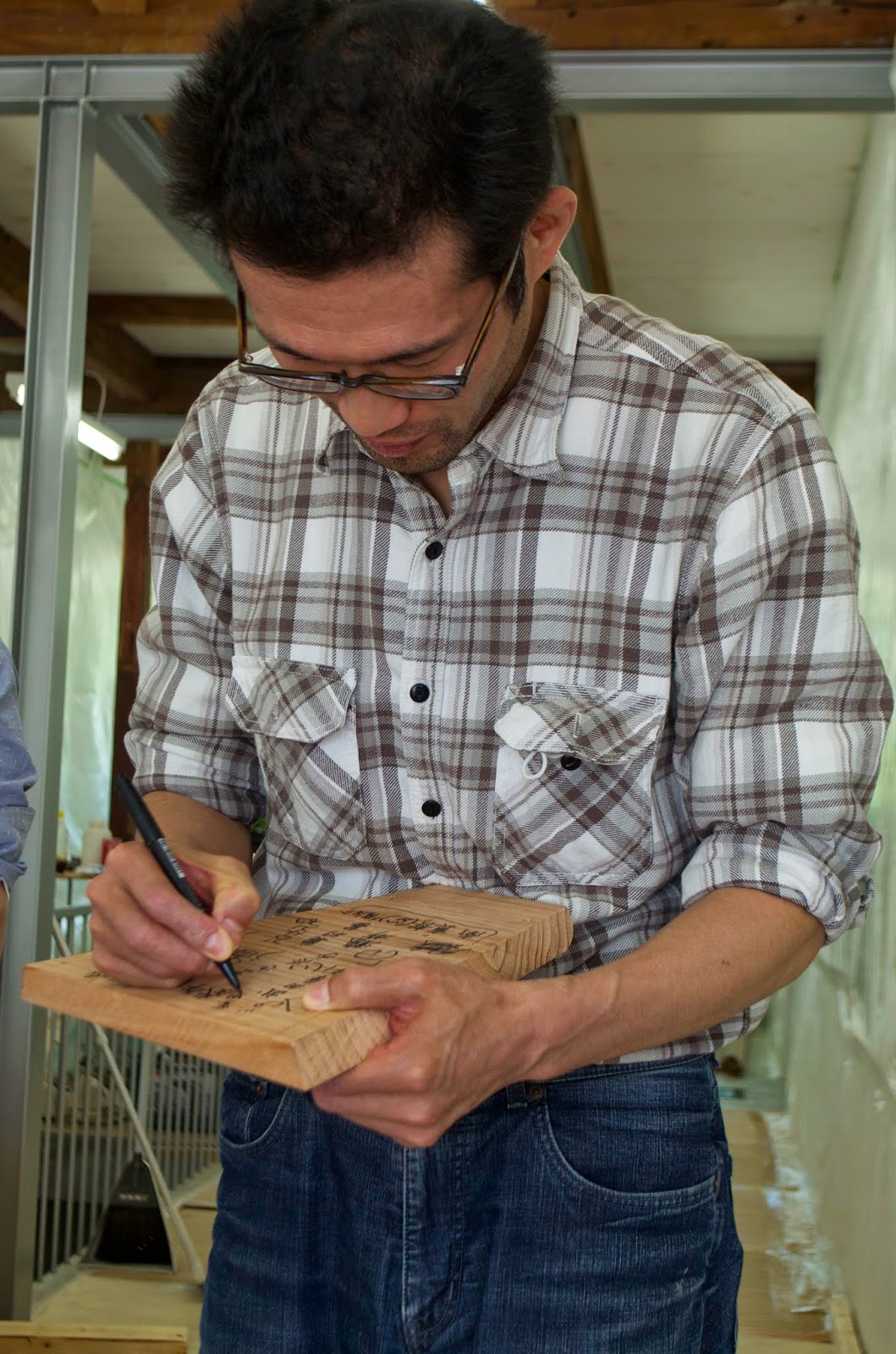 I asked my students to sign under the foredeck. 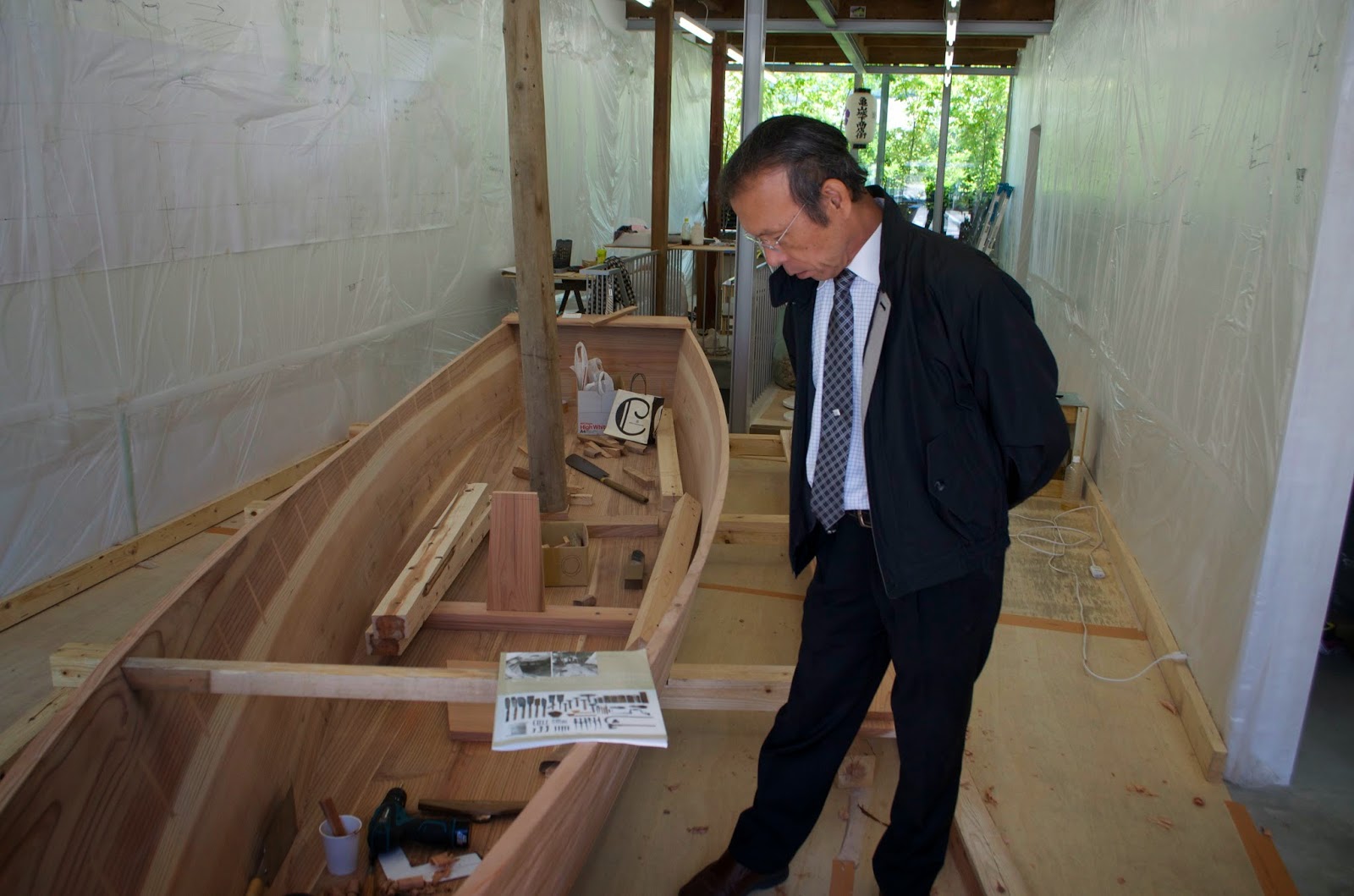 Urakawa san, the last wooden boatbuilder of this area, came by our shop.  We and met his daughter by accident.  He worked with his father builder boats like this and the larger downriver boats.  Around 1980 the company switched to fiberglass so the bulk of his work was in plastic, but he had a lot of stories to tell and more importantly, gave us some valuable construction details for our boat.  One of my problems was that the only original boat I had looked at was covered in fiberglass so many details were hidden. 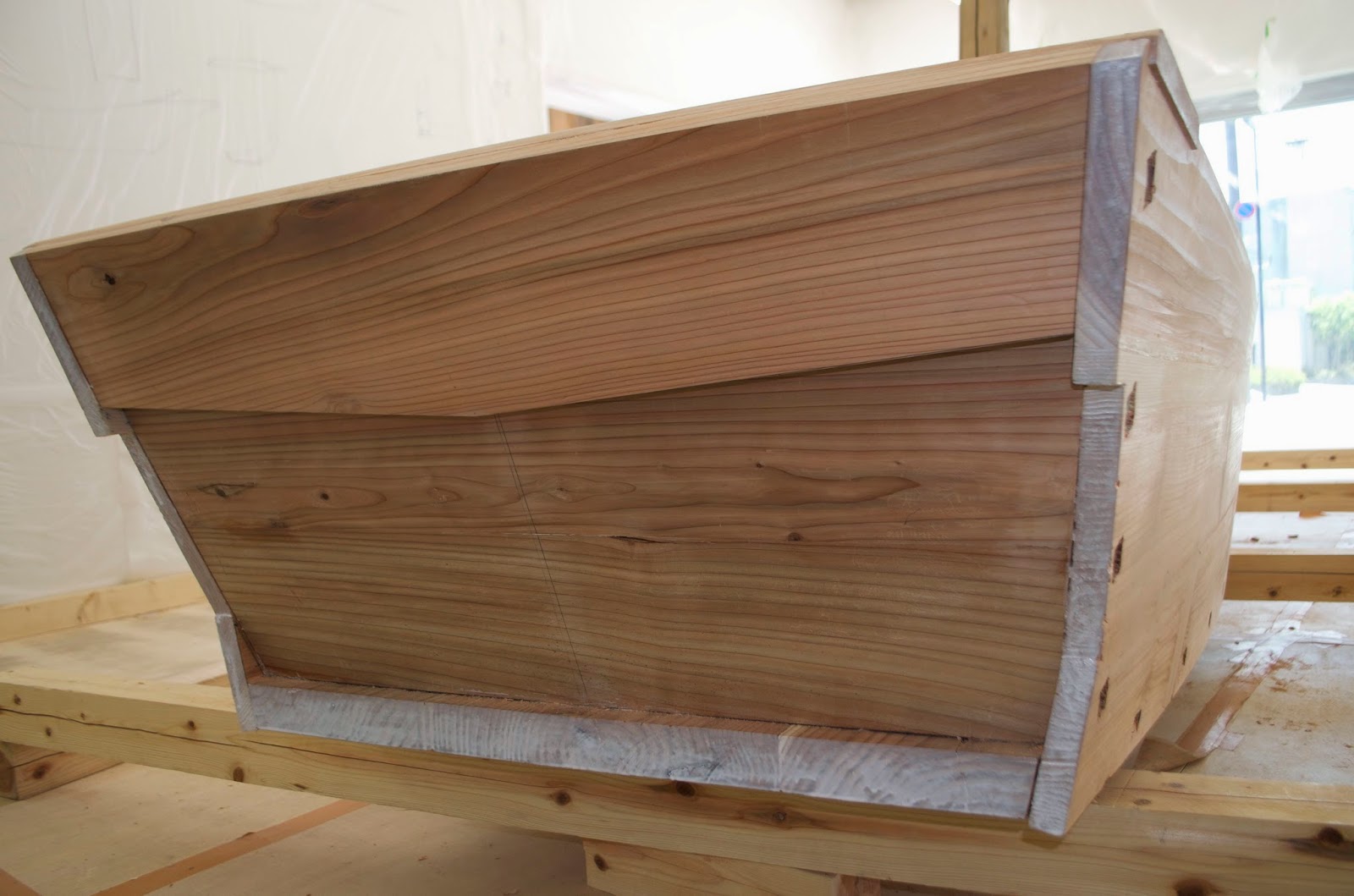 He pointed out that the plate running across the top of the transom should pass over the plank ends.  There really wasn't time to fix this. 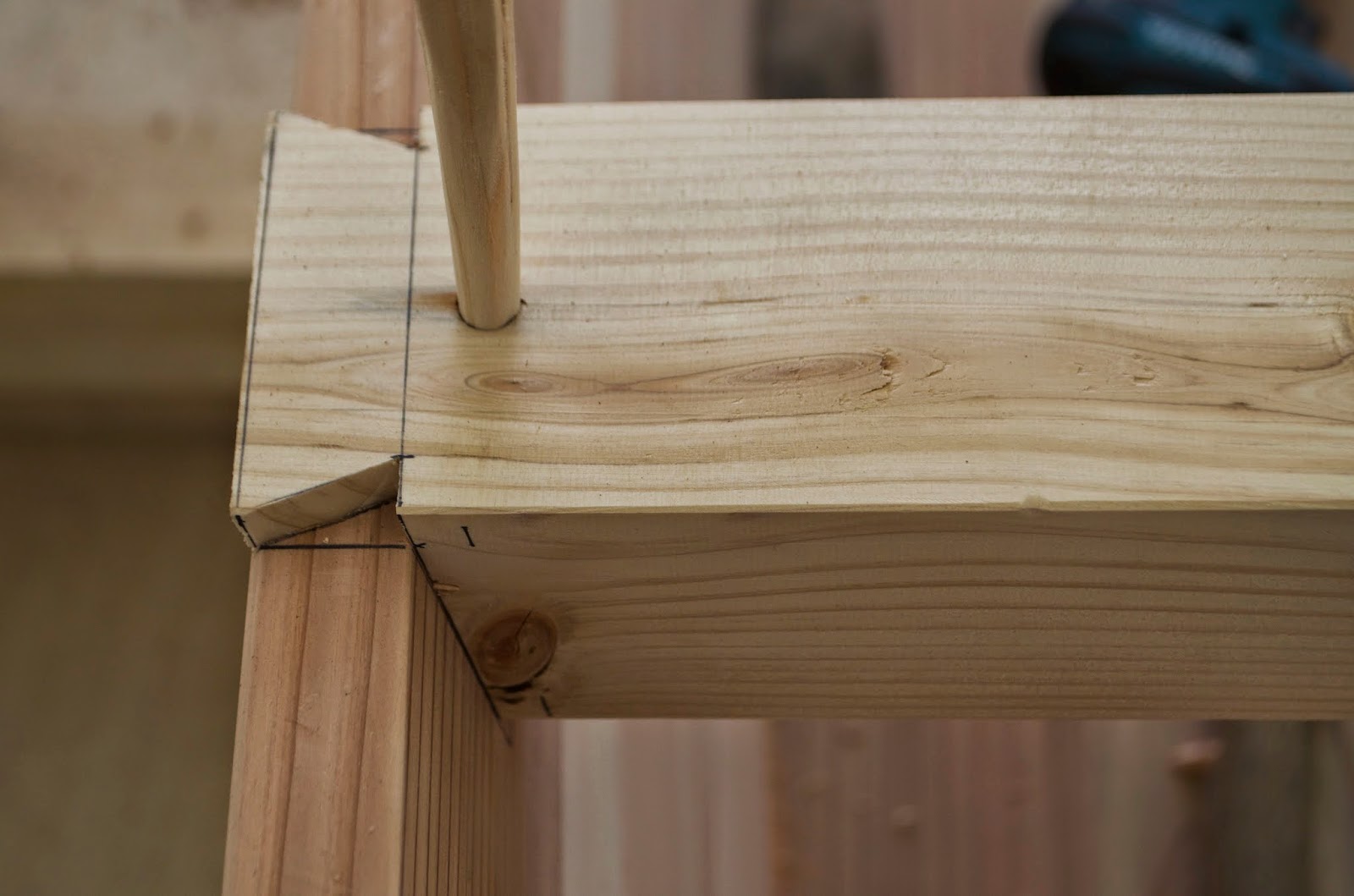 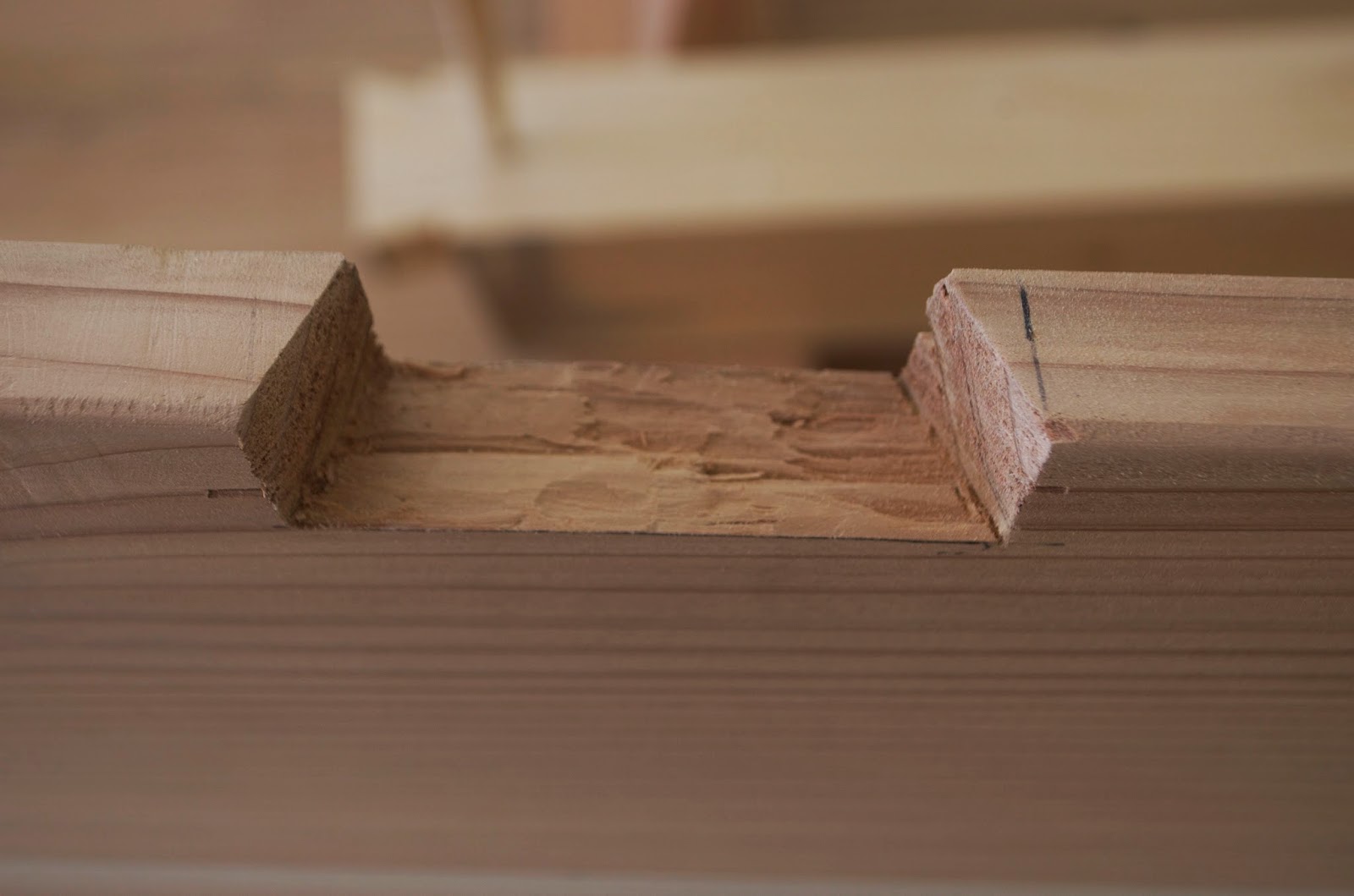 The beams are shouldered to the inside of the planking and have a half lap dovetail.  We are in the process of plugging bolt holes and knots in the hinoki.  These are recycled timbers. 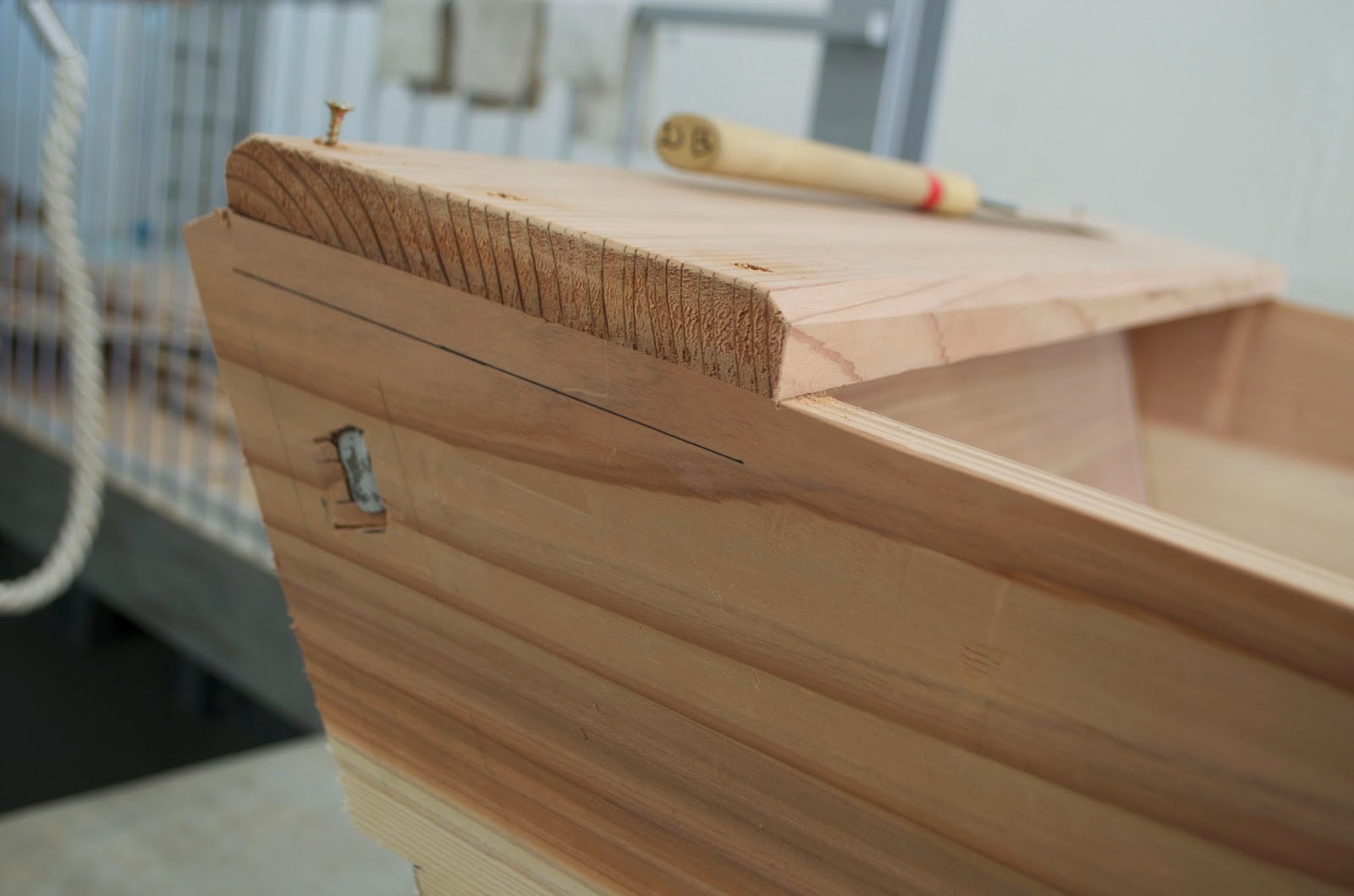 Urakawa san said this aft deck should be recessed into the hull, so I scribed that and made the change. 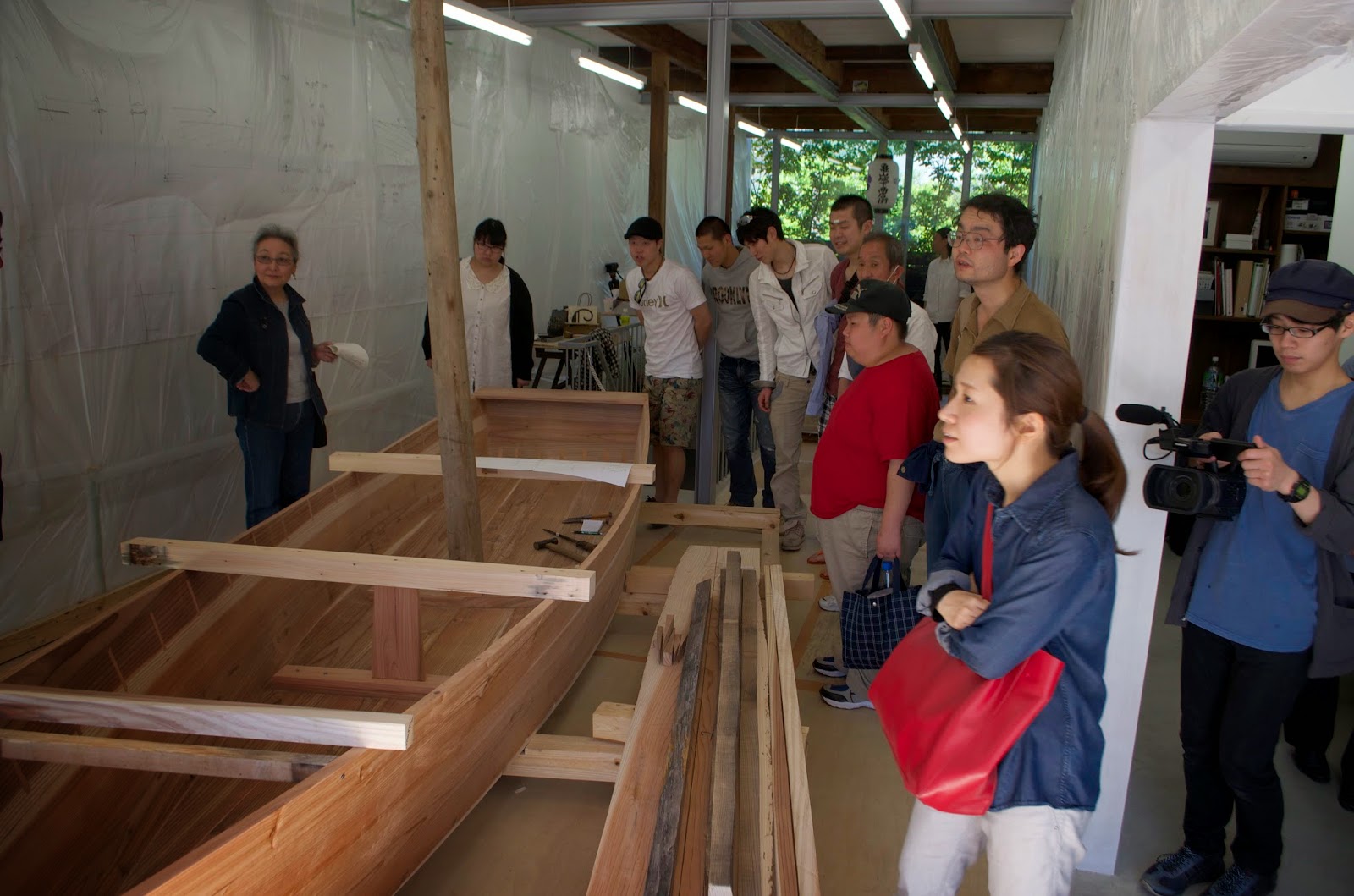 I led a public demonstration and slide lecture Saturday afternoon.  We had a good crowd.  I demonstrated sure awase, tsubanomi and we nailed a couple of planks together. 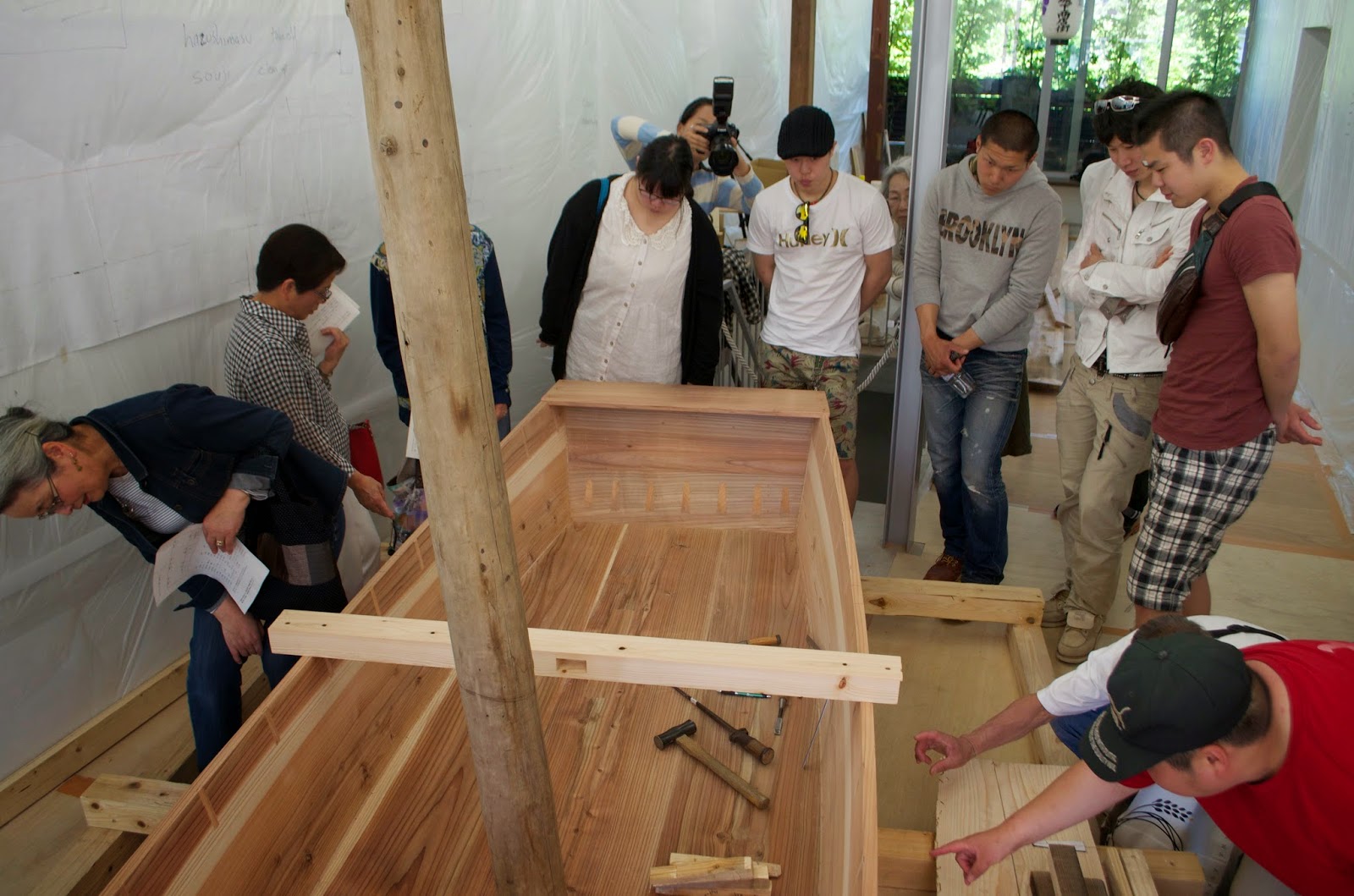 The four young guys in the center are temple carpenter apprentices from Kyoto. 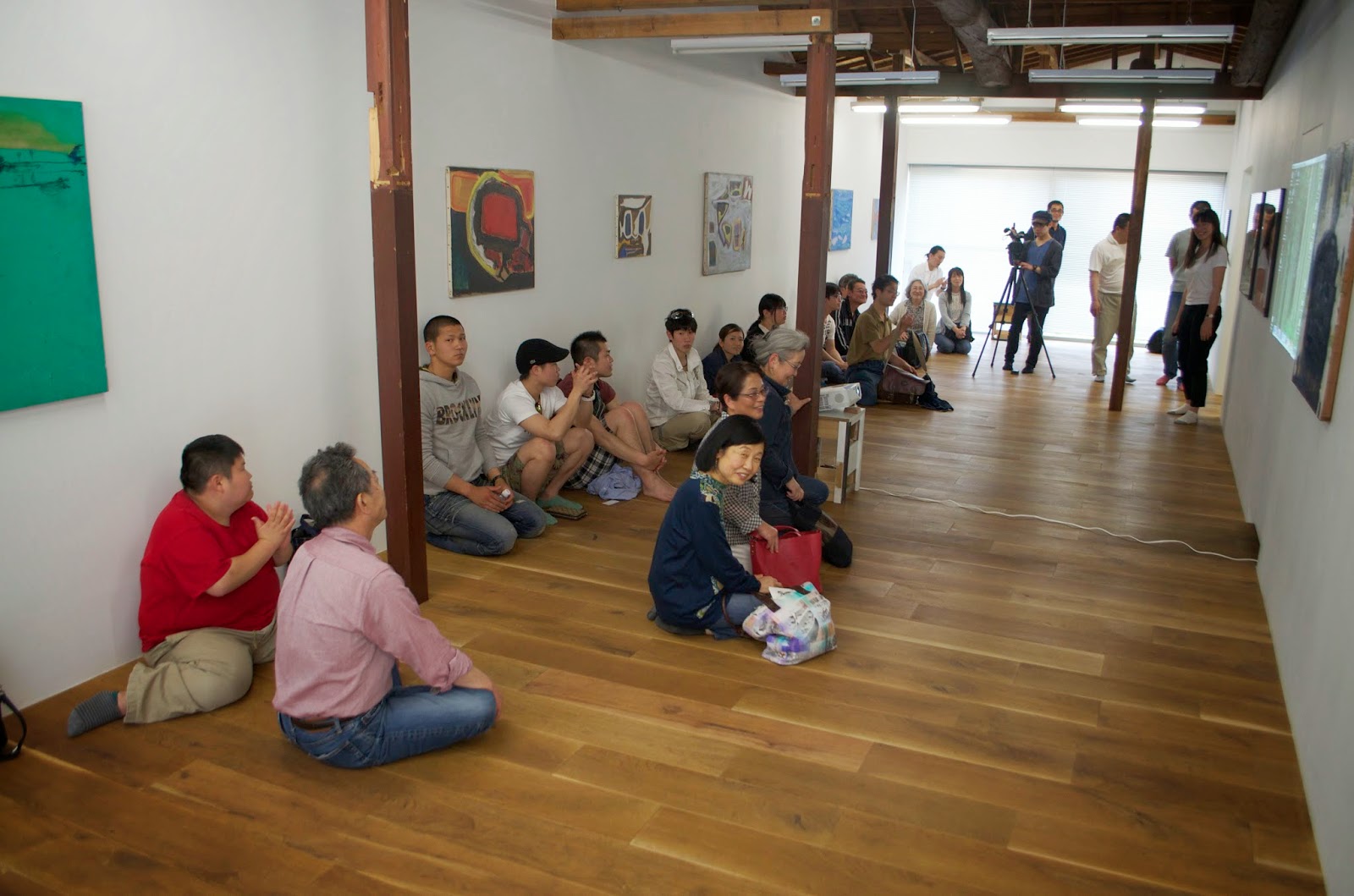 Slide show on the second floor. 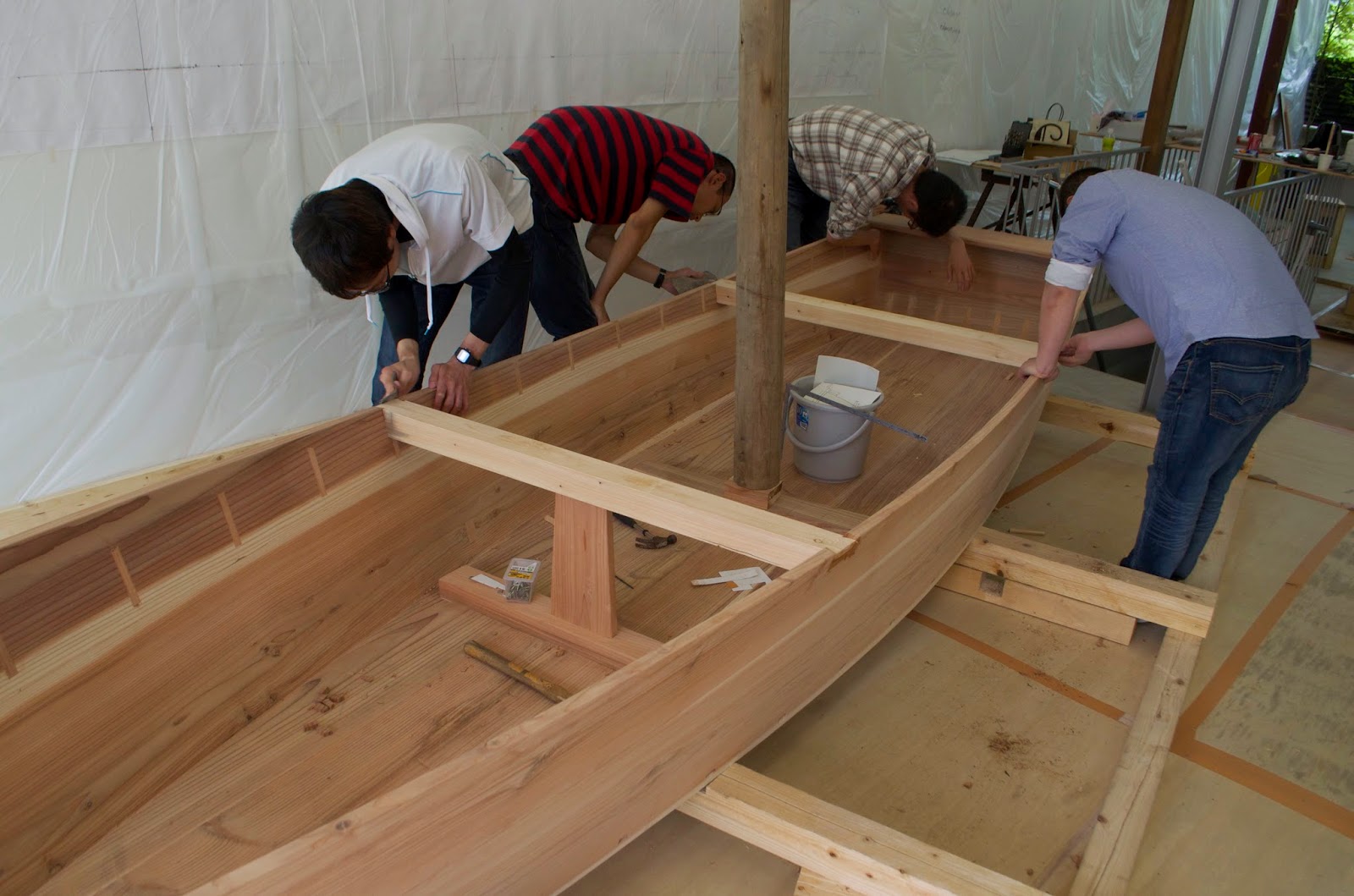 Lots of sanding at the end. 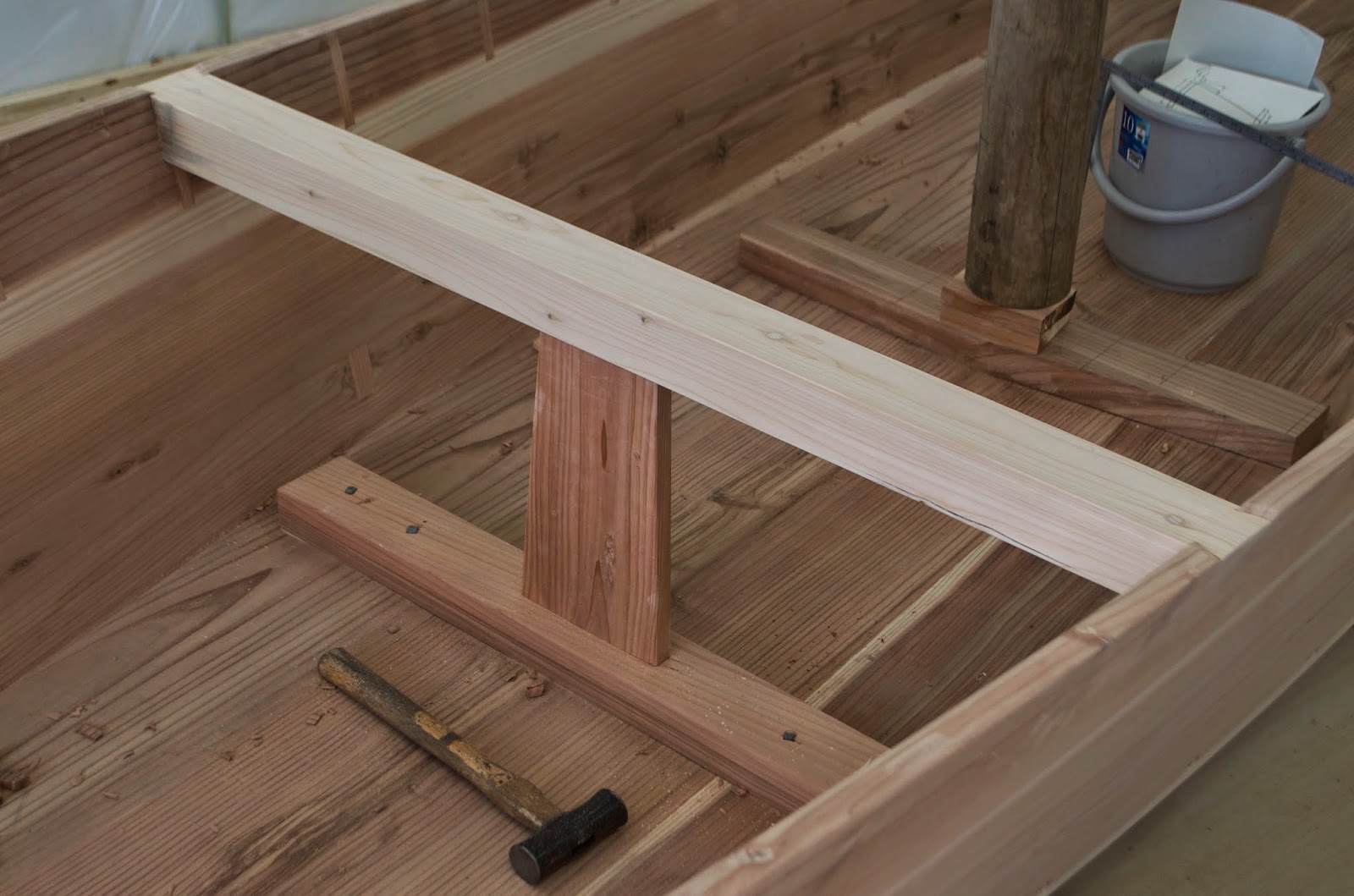 The forward beam is tied to a single floor timber with a panel. 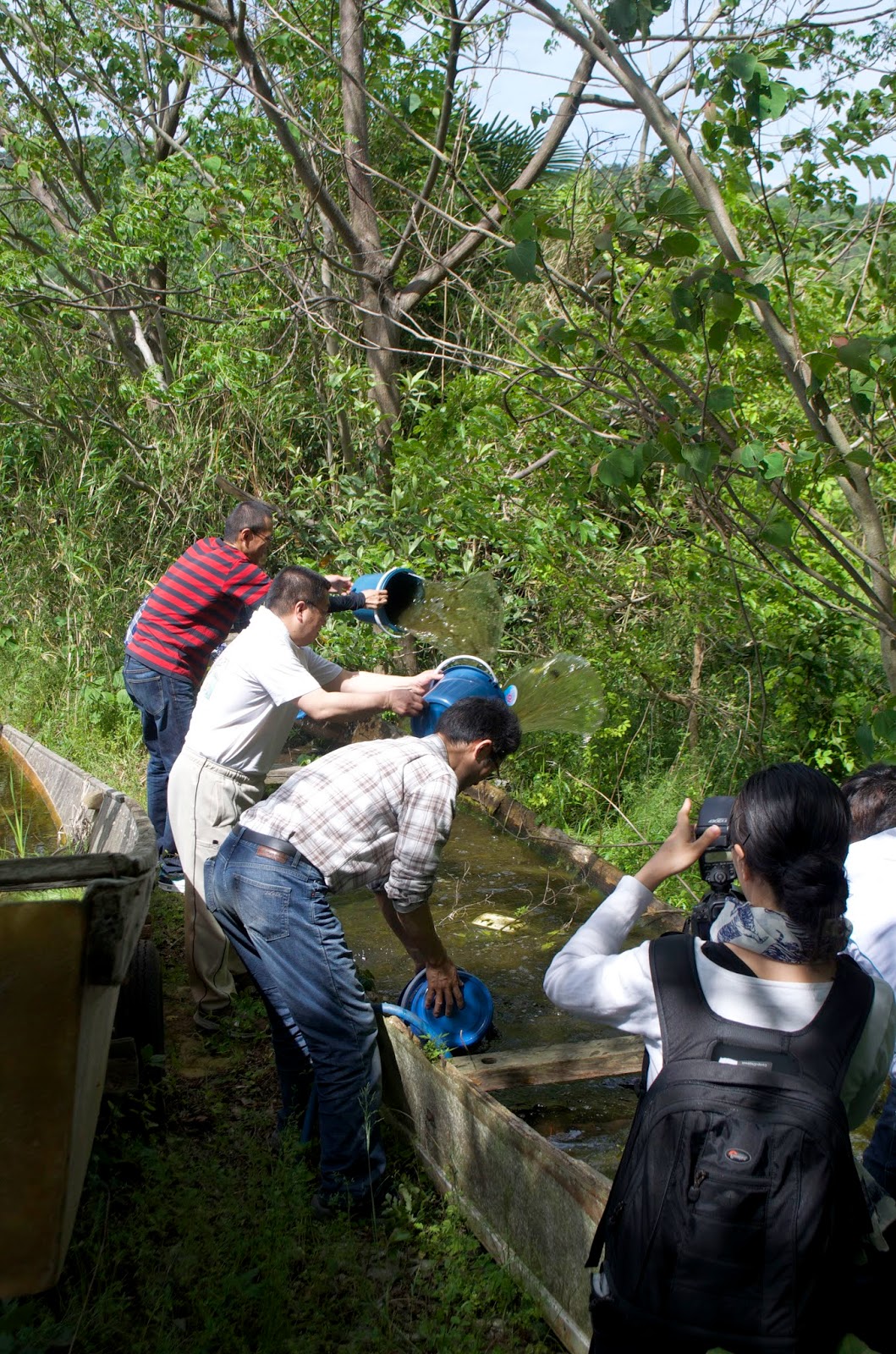 My last day with the students I used their help to measure an old ayubune that Urakawa san confirmed his father had built.  It was full of water so until it was empty I had no way of measuring the curve in the bottom.  This boat had been fiberglassed so I am confident its kept its original shape. 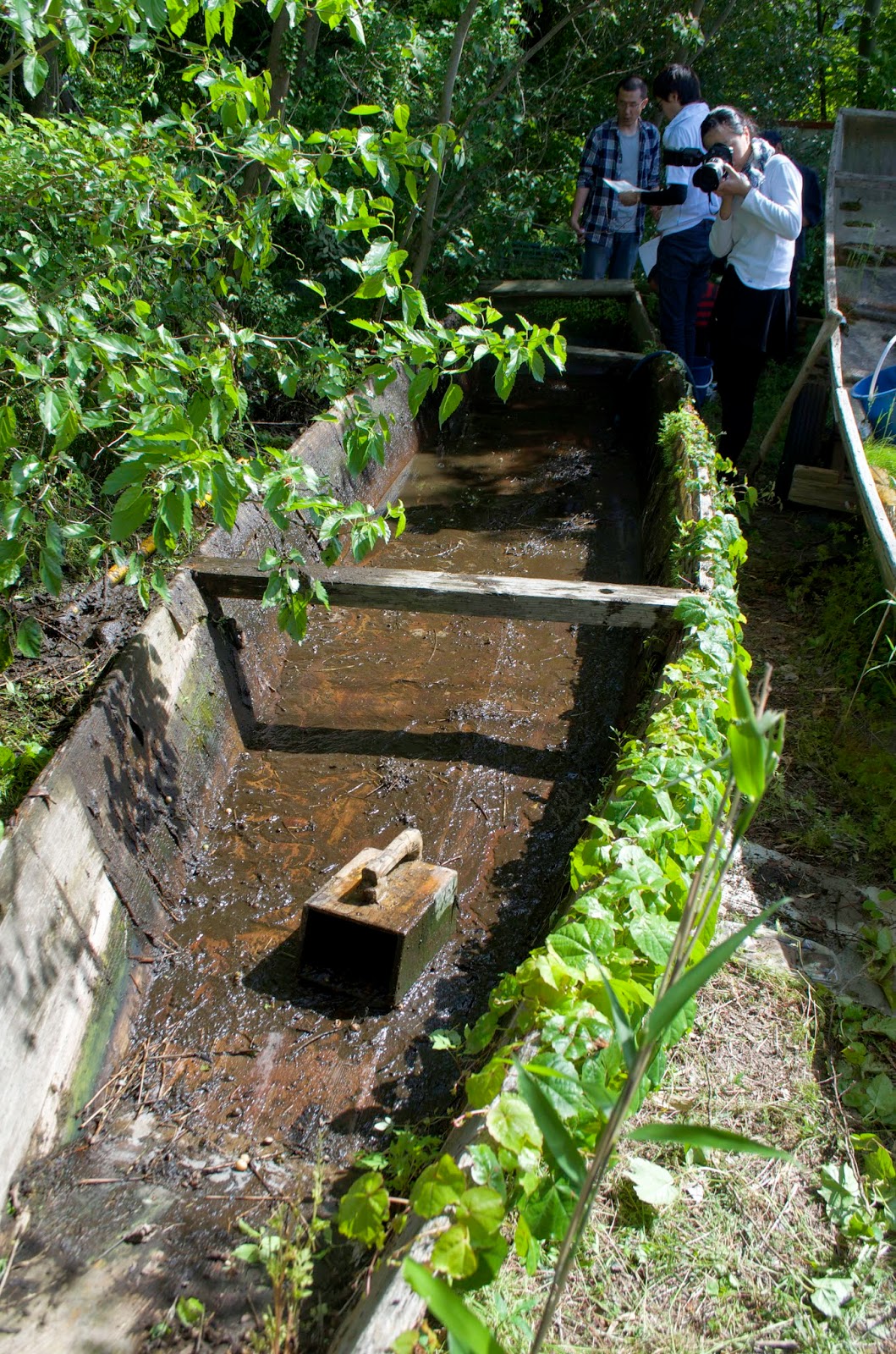 Wouldn't you know under all the water and muck we find the bailer. Despite the mud everyone seemed to enjoy the lines-taking. 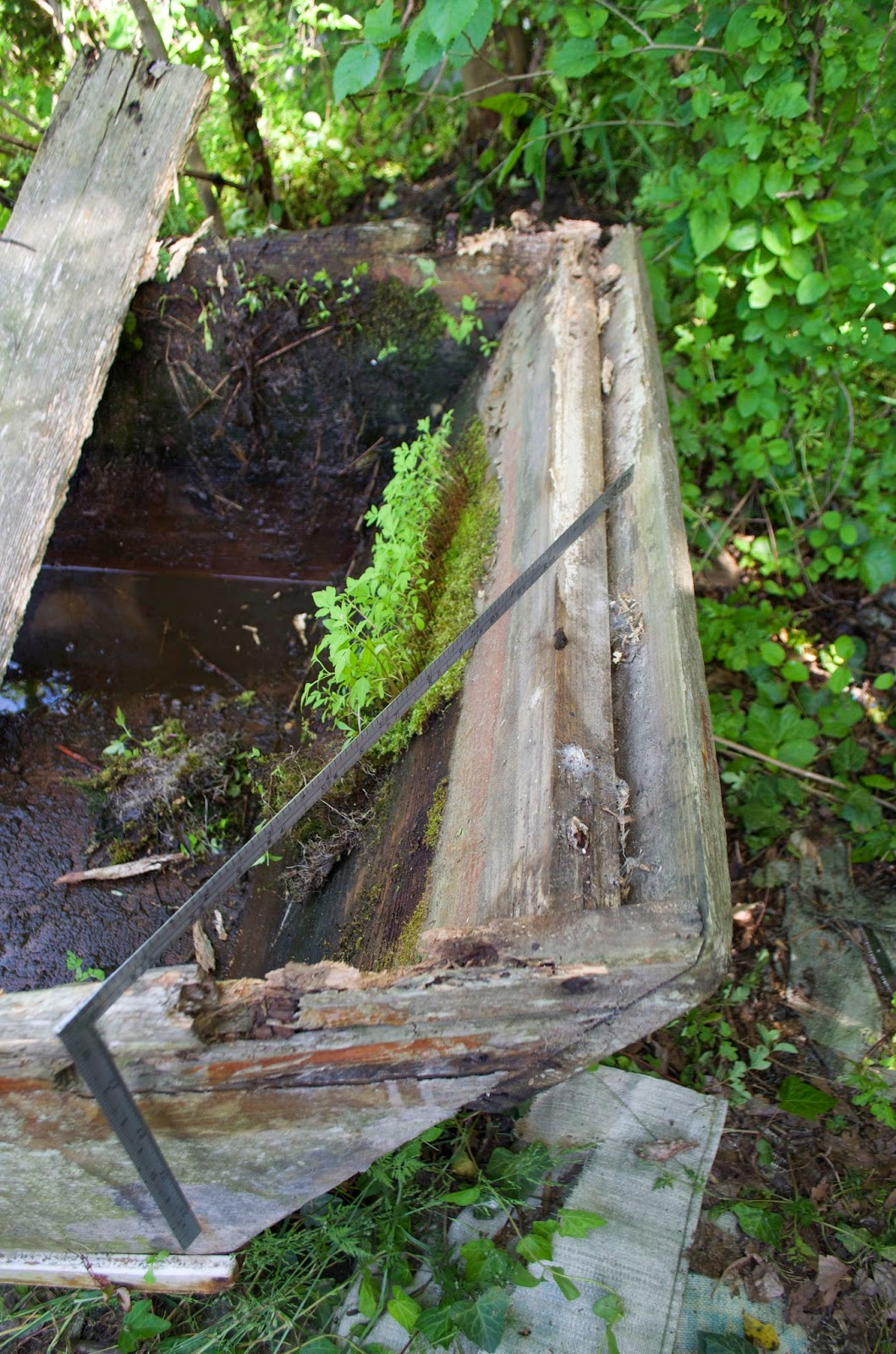 One little details was uncovering (we pulled off some fiberglass and the stern deck came off) at the stern how the back plank overlaps the plank ends, just as Urakawa san told us, plus there was a gap left between the back board and the transom. 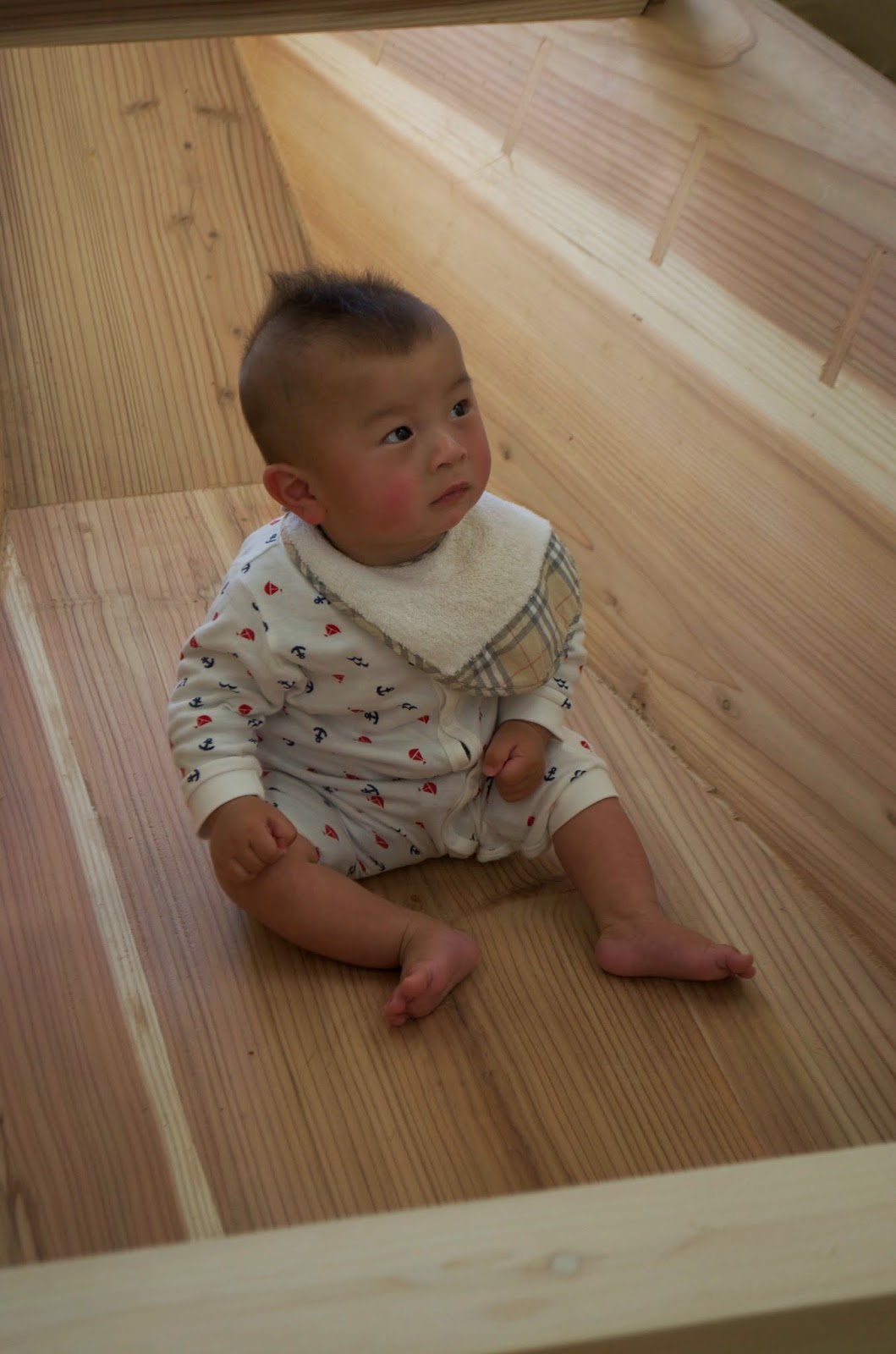 Back at the museum we had more visitors, including the boat's first passenger. Group photo.  These guys did such a great job considering three weeks ago they had never touched a woodworking tool.  Really impressive, and they were great fun to work with. 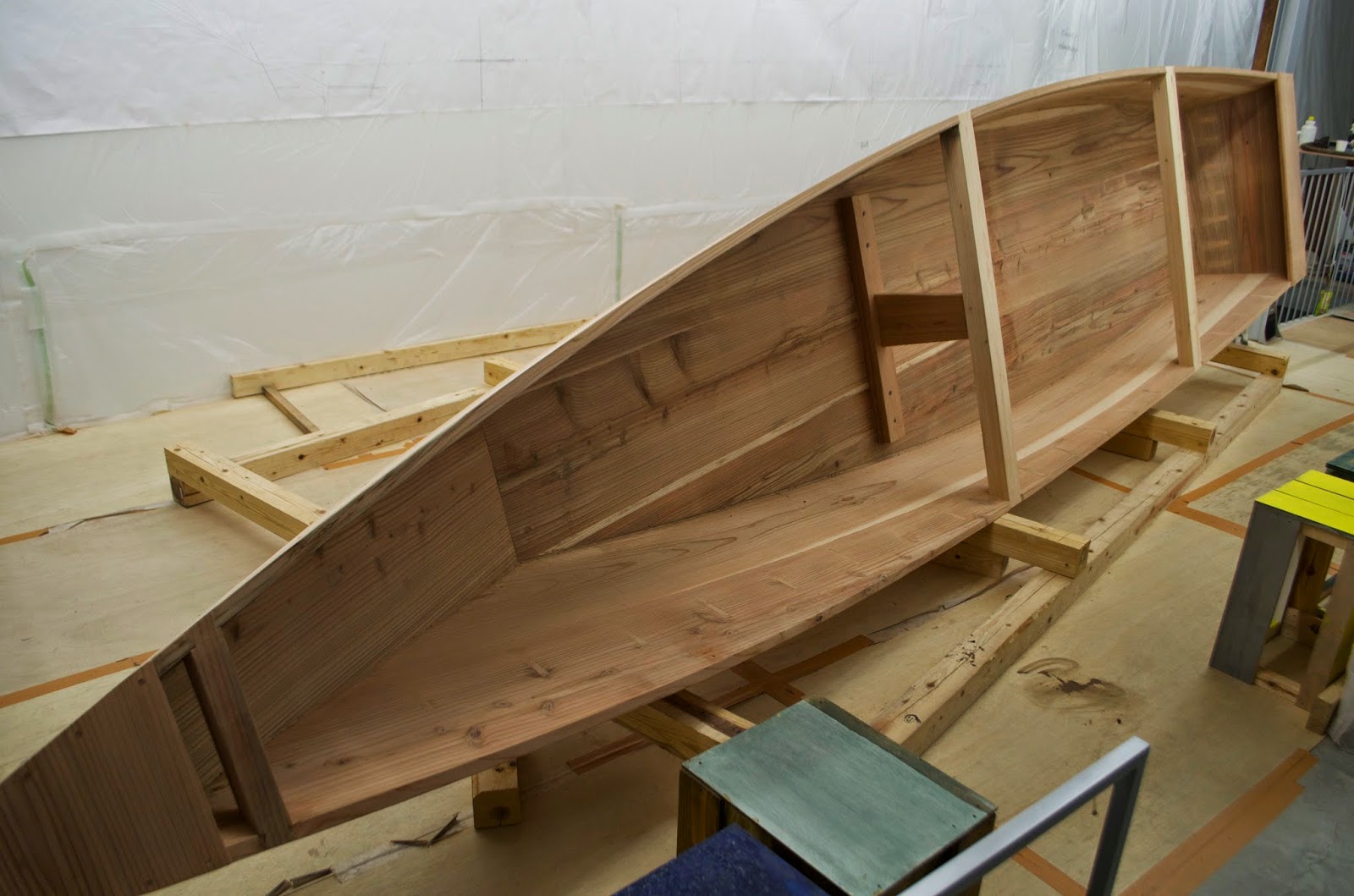 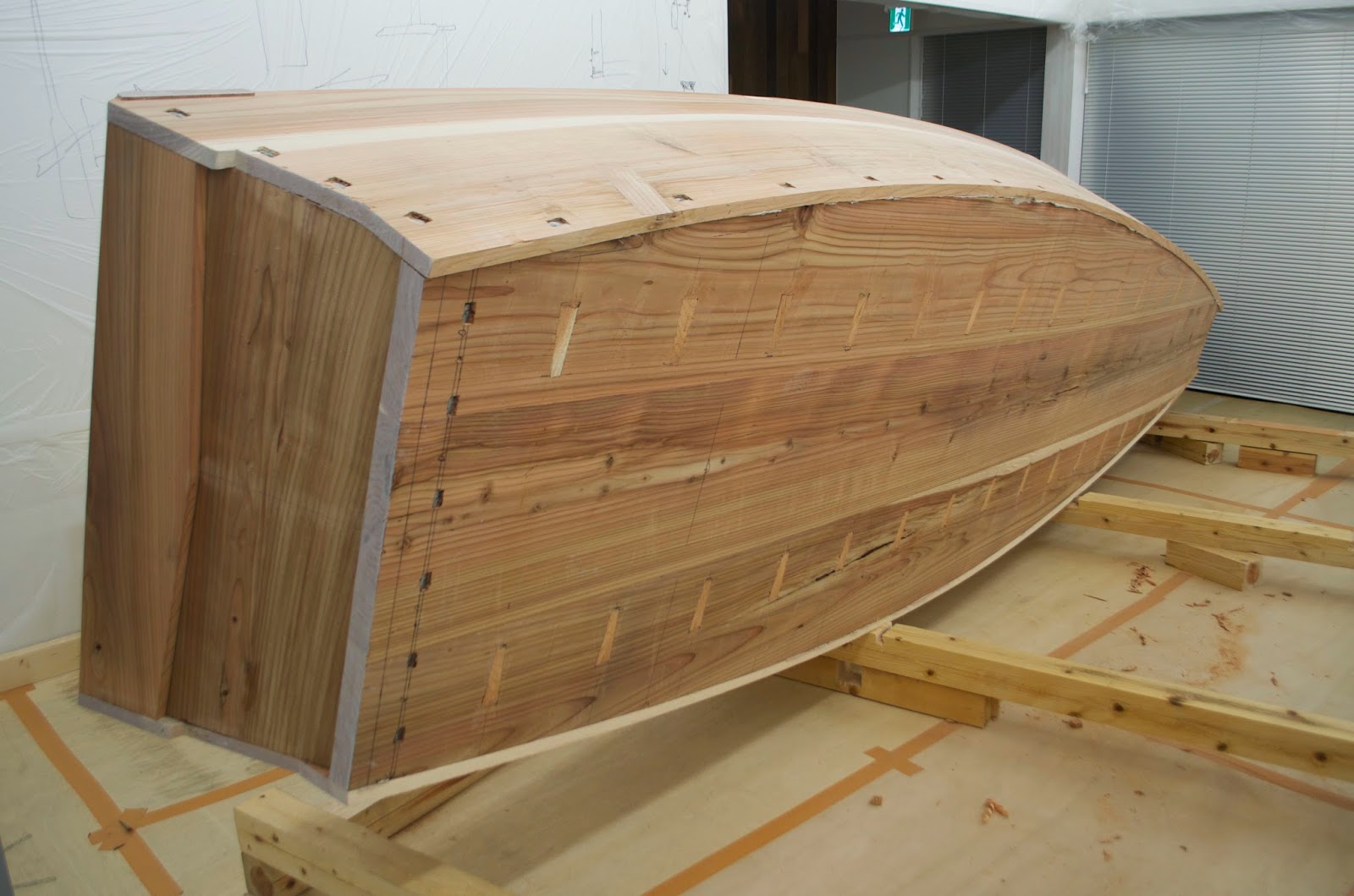 That evening I came in and took the main prop down and tipped the boat over for a look.

Posted by Douglas Brooks at 4:07 PM