Post-Launch and the Tenryu River

A couple of photos here of our last view of the cormorant fishing boat. After the launching we helped the new owner take the boat upstream to his landing, where he will be using it for a combination of commercial fishing and public programming. 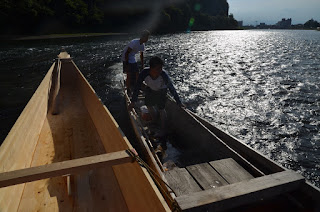 We lashed the boat alongside the owner's outboard-powered fishing boat and motored upstream. In the rapids we were forced to pole and push. 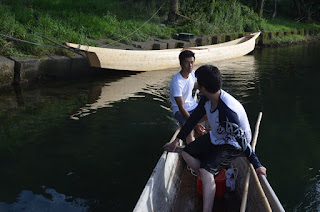 The boat's new owner is in the white shirt. Satoshi san, our student, looks back at our boat. 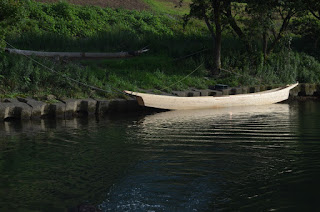 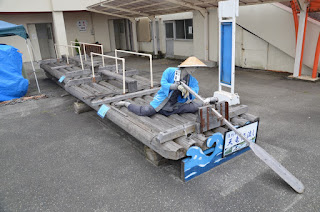 I then traveled to the Tenryu River, Nagano Prefecture, to visit the Tenryugawa Kudari, a downriver boat company which still uses traditional wooden boats. Believe it or not, they've experimented with a form of log raft tourists can ride (note the grab rails and bench). Taking passengers down a white water stream on something like this seems risky, but there is already a company in Wakayama Prefecture which does this. 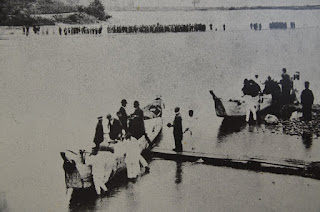 The river has a long history of tourism. These boats look not too dissimilar to the cormorant boat we just built, and the firm's boatbuilder claimed the Tenryu River's boatbuilding traditions came from the region where I was just working. 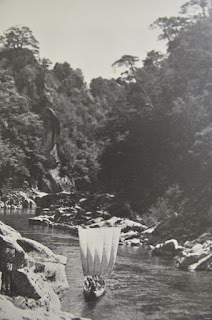 Lots of commerce historically ran downriver, and boats used the prevailing winds to help get back upstream. 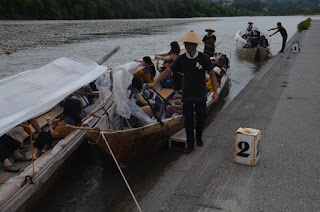 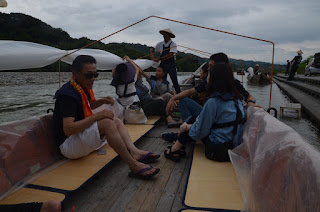 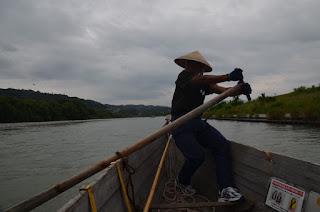 The bowman operates a long paddle like an oar. 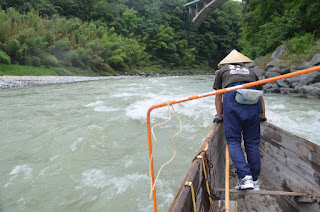 Entering one of the rapids. 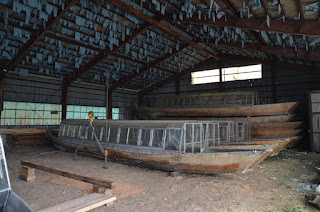 The next day the firm's boatbuilder took me to see a storage shed where usually every winter he builds one new boat for the fleet. These are the tour boats outfitted with shelters for winter tours. 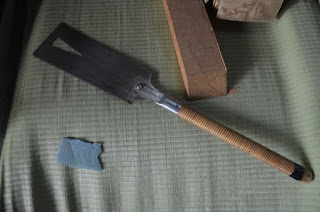 His saw was interesting in that it had a cutout, which is said was to reduce surface area and friction. Its the first time I've seen this. 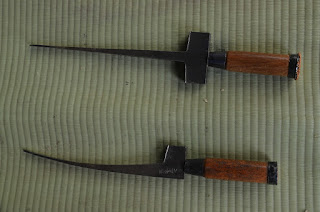 He claimed the region's boatbuilding techniques came from the Nagara River where we'd just built our boat, but he used the more standard flat-steel nails and also the typical chisel for piloting nail holes. 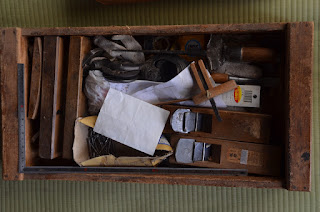 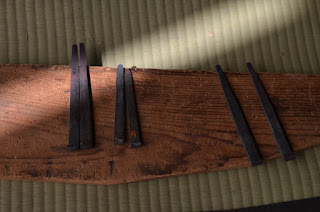 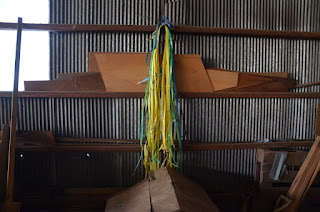 He uses no drawings, relying on memorized dimensions and this set of patterns. He won't be building a boat next winter but definitely the winter following. I have an idea it could possibly be a workshop for those interested in learning traditional Japanese boatbuilding. I've spoken to them and the company is interested in such a partnership. We'll see about putting a program together.