By the way... I'll be demonstrating boatbuilding techniques next Saturday at this event in Brooklyn:

We had a unique opportunity, thanks to Masashi san, to visit a traditional hand-painted flag factory in Gifu City. These flags, called tairyoubata, are used in celebrations of all kinds. Fishermen traditionally bought them to decorate their boats at launchings and New Years. The bulk of this company's work are hand-painted banners presented to sumo wrestlers by their fans and sponsors. 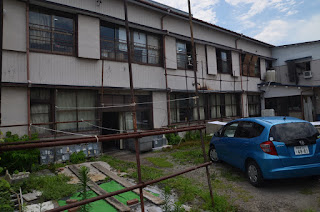 Twenty staff work here designing, painting, and sewing these flags. The company's president is the sixth generation of his family to run the business, which has been making flags for 140 years. 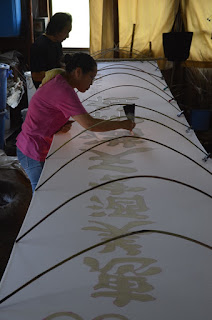 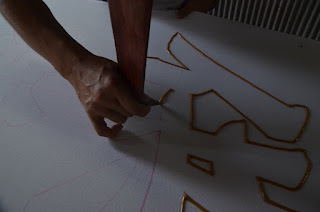 Workers ink the outline of the calligraphy, which has been sketched on the cloth using a water-based ink which will wash away. 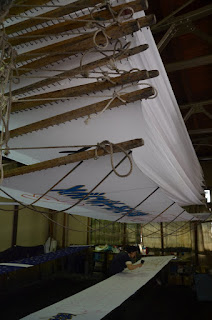 Partially completed banners hang to dry. Nagoya is one of the venues for Japan's six major sumo tournaments and with one coming up the company was busy. The owner told me he has plenty of work, saying enough other traditional flag makers had quit leaving plenty of work for the remaining firms. 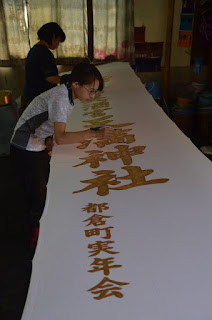 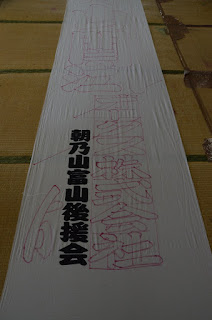 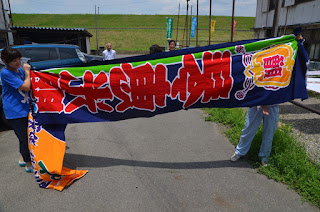 A completed long banner. In wintertime these are sometimes washed in the nearby river. 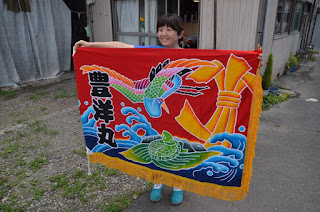 Amazingly the owner gave me this flag, saying it was a reject (you find the mistake!). I especially like it because the two motifs of the crane and tortoise are the same typically carved on the carpenters' inkline. They are common symbols of longevity. Amazingly, these banners average just $250. I am stunned at such a low price for such amazing work.