With the bottom assembled and bent to shape, it was time to pick up my plugs which were mass produced at the main shop and plug all the nail mortises. That was fifteen cedar plugs in each side plank and sixty hinoki plugs in the bottom. 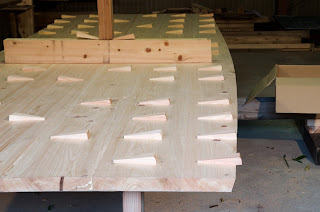 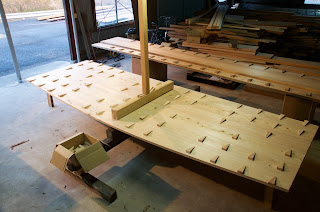 It was quicker to just saw off the cedar plugs with a handsaw then hand plane them flush. I had asked the owner of the company if he could find an adze so I could quickly cut down the hinoki plugs but he couldn’t get one, so I used my large chisel and cut them close to the surface, then used an electric plane, and finally my hand plane. I went over all the surface quickly with a sander when I was done. 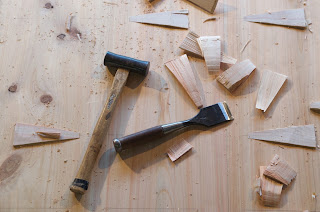 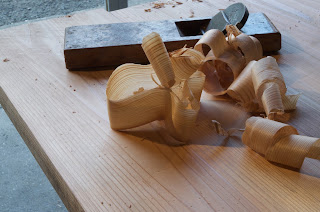 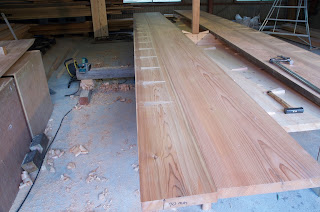 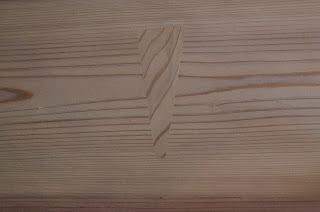 I am using the same method used on the previous garden boats and through-bolting the transoms straight down. This mean I had to cut a pocket in the transoms. 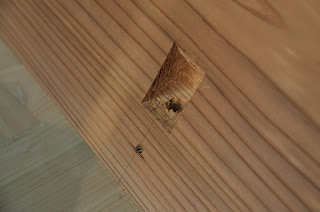 The boat has three bench seats, each supported by a pair of bulkheads. The seats are just set on top of the bulkheads so the space under the seats can be used to store life preservers. I put in the two middle bulkheads, lagged from below through the bottom. 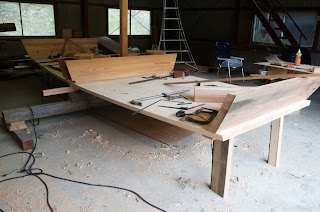 With transoms and center bulkheads installed, I bent the two planks around the boat. As you can see it was a creative use of clamps, though in truth I did most of the bending with a rope; the clamps are just holding the planks in place. I wanted to line the planks up and then I can mark where to trim the planks off as well as mark the fastening locations. I will be using traditional flat-steel nails along the bottom and long lags at the transoms. 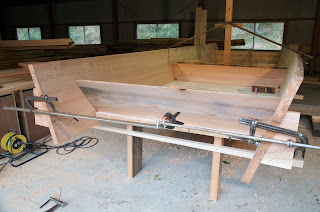 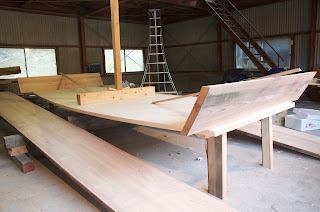