From Boats to Barrels

Putting up two blog posts in less than an hour. On my second day off I went to Shodoshima with two friends from Takamatsu. I had been invited by a group of people learning traditional barrel-making. They belong to a group called KiOke, which means "wooden barrel."  See their website here.

They had discovered my first book on making tub boats on Sado Island, which is essentially barrel-making, so it was fun to meet them and be energized by a group of enthusiastic young Japanese committed to learning a traditional craft.

They have one key person with experience. They've been gathering every January for the last four years at Yamaroku soy sauce factory and building the company new barrels. 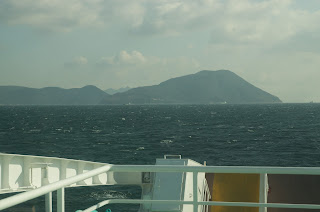 Shodoshima coming into view from the ferry. Actually the island fills my horizon where I am living and working right now. 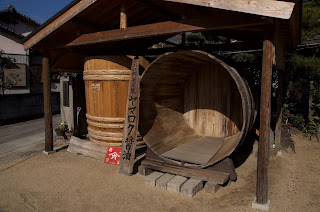 The entrance to the company, which is over 150 years old. 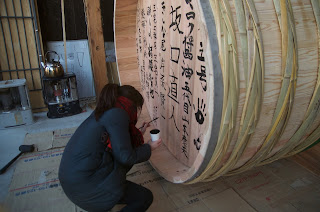 They were signing the bottom of their latest barrel when we arrived. 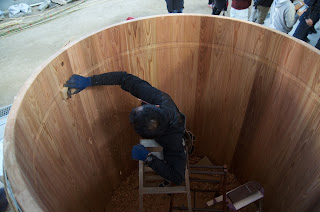 This man is making a shallow groove as a rabbet for the bottom of another barrel. 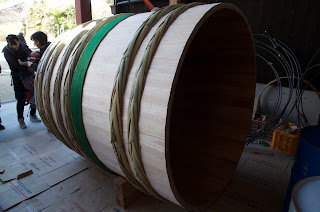 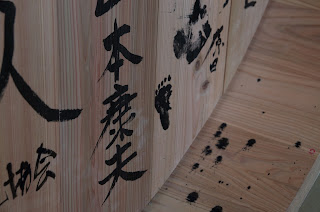 A mother inked her baby's foot and signed. 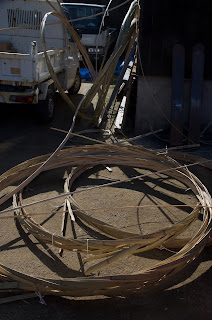 The braided bamboo hoops used to hold the barrels together. This is the trickiest part and it was really interesting talking to the cooper about the difference between the hoops he makes and those I made for tub boats. 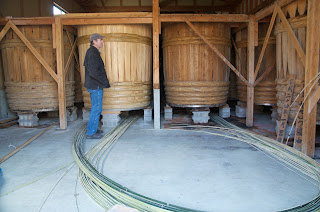 To give you a sense of the size, I am standing next to a barrel made last year. 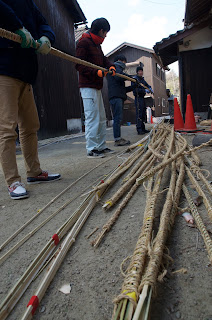 Volunteers wrapping strips of bamboo in rice straw rope. This is slipped inside the hoop and pads it out. The hoop is braided of what is essentially a flat material, so it has a convex cross-section. 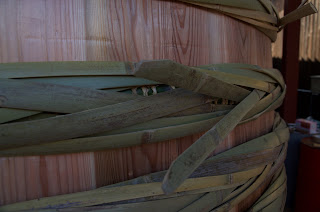 You can see the padding inside this hoop. 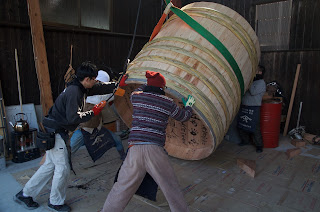 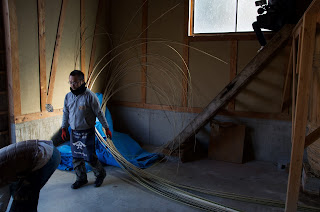 They store their bamboo, cut last month in the soy sauce warehouse where its cool and moist. 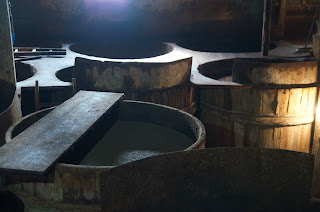 What it looks like on top of the barrels. This is where the soy sauce maker works. This company has sixty barrels and just one maker. 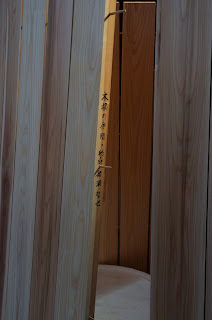 You can see a pair of the bamboo nails that holds the sides planks together. Also, the signing along the edge is a traditional among coopers. My tub boat teacher did it too, writing sayings of good luck for his customers. 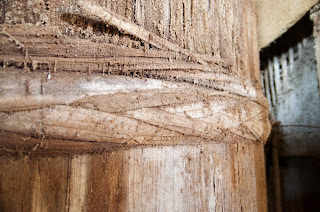 The oldest barrels on the premises are 150 years old. Hoops don't last that long and have to be replaced every decade or so. The spores or bacteria (or yeast?) that allows soy sauce to ferment quickly grows on the exterior of the barrels. The maker explained that each soy sauce has a different flavor because of the environment in which its made. 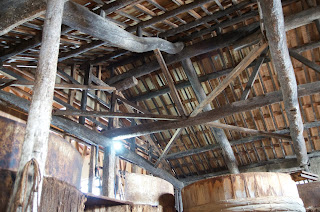 He said the warehouse building is 200 years old but the timbers were obviously recycled. He suspects they came from an older soy sauce factory because the spores invade the beams, therefore they are very valuable to reuse. 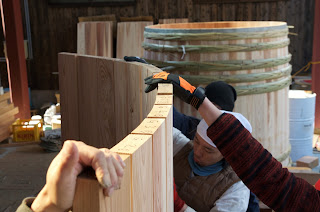 As soon as the new barrel was moved they started assembling another one. 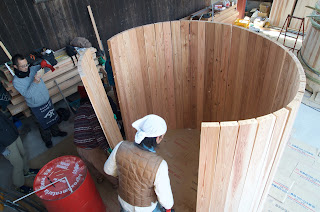 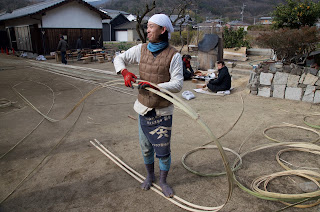 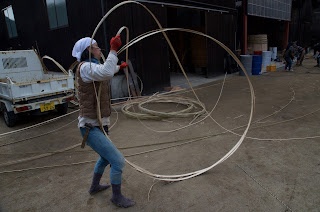 He's very fast. Again, it was great talking to him. One thing I noticed immediately in conversation was his terms for coopering were different than the terms I learned from my teacher. He's from Tokushima, quite a ways from Sado Island.

One of the friends who accompanied me on this trip, David Billa, offered to take me to Ogijima in two weeks. This island has only 200 people, but is up from a population of just 120 thanks to a concerted effort to encourage immigration. I am eager to visit another island in the Inland Sea.

Posted by Douglas Brooks at 1:05 AM