As readers of this blog know, whenever I start posting about a project I inevitably find something unrelated to write about. This post is chasing my introductory post by less than a day.

So today was my first day off and I took a long bicycle ride around the surrounding countryside. One can read about the decreasing population of Japan but to be here and experience it is really something else. The village where I am living and working has one retail business, a small grocery store run out of the owner’s home. I was told to phone and ask them to open. I pedal back and forth through the town and see almost no one. The elementary and junior high school were shuttered years ago. It seems as though as many as half the houses are empty.

About a half hour cycle away toward the city I found this huge, abandoned property and I poked around for a fair bit. It was surrounded by walls with gates front and back. I took the last shot in the family cemetery on the high ground behind the place. The large perimeter buildings I suspect were for storing rice. There are also two shrines on the property. My favorite shot is of a crumbling end wall which I think becomes an astounding piece of sculpture. This is truly a remnant of a feudal Japan, as this must date from the Meiji era and whomever owned this home probably owned all the farmland for miles around. 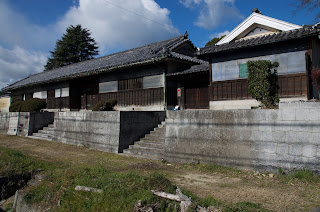 That is NOT a concrete wall by the way; its stone fit perfectly. 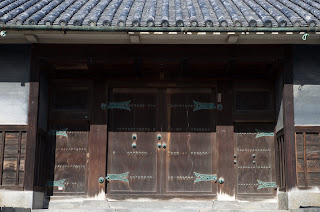 The entry gatehouse. Those are human-sized doors on either side. 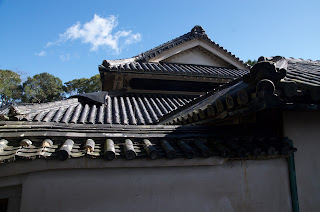 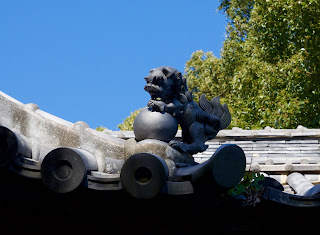 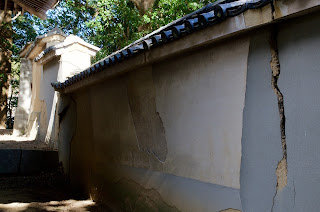 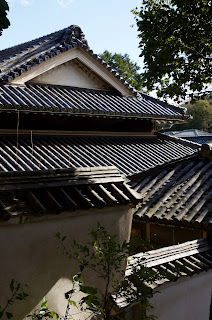 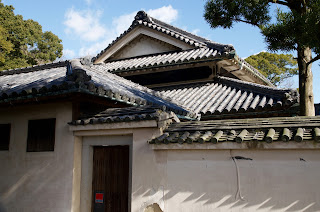 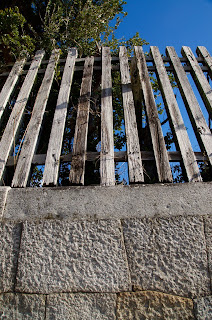 Note the fitting of the stone. 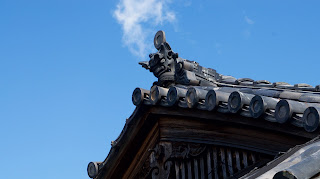 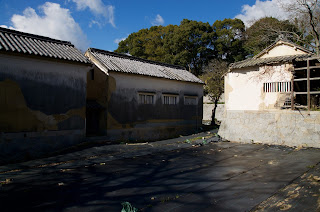 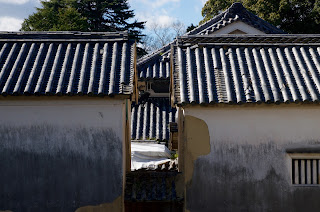 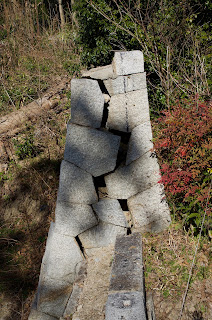 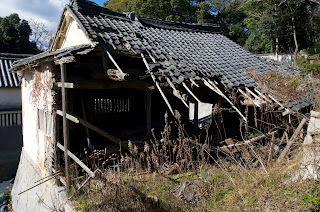 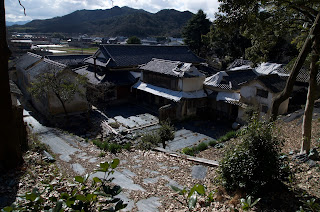 This shot just about encompasses the entire property, except for the two shrines. 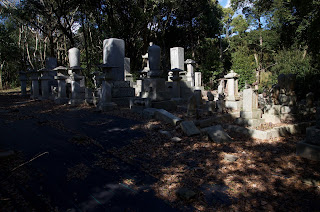 Just up the road I noticed a giant wooden barrel. The building housed about half a dozen seven foot tall barrels, along with many smaller ones. Most were in great shape. You get a feel for just how much mud and clay is used in traditional Japanese construction, in the walls embedded in a bamboo matrix and on the roof to bed the roof tiles. The adjacent house was abandoned and features black plastering, something you don’t see very often. Some nice mill stones were sitting in the grass. I tried all the neighbors to see if I could find out what these barrels were used for, but all the adjacent houses were abandoned as well. 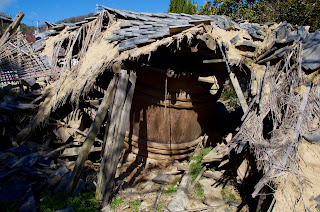 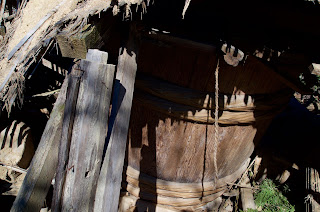 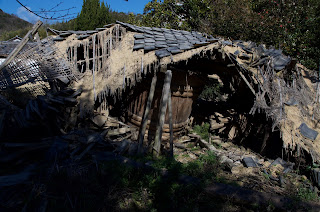 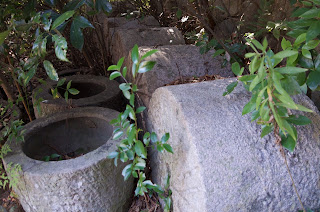 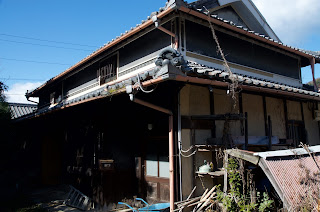 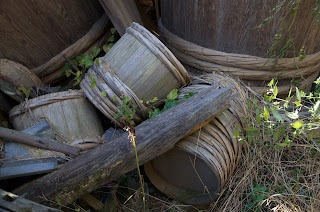 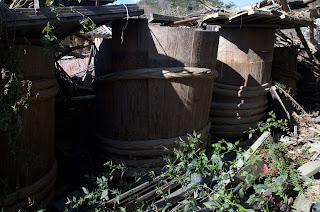