Now fitting out the interior of the boat. But first needed to fix that one nail. 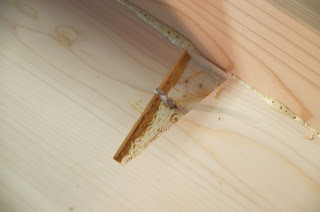 I cut away a mortise exposing the nail shank, 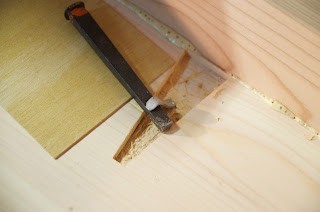 Then bent over the tip... 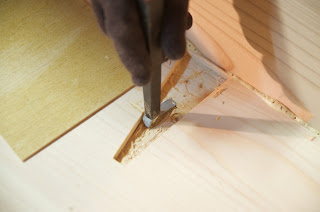 ...and clenched it back into the hull. The Japanese do clench-nailing in some situations. I asked one of my teachers what he called it and he said there wasn't a name, then finally decided on one. If I remember correctly the word is "shimitsukeru." 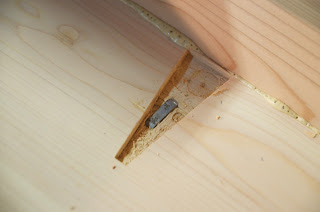 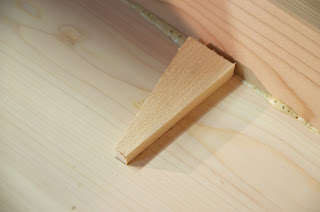 And covered it with a plug which I trimmed off flush later. The yellow foam visible coming out of the seam is Gorilla Glue. Japanese boatbuilders used to put lacquer on plank edges before fastening but switched to glues because the product was so much cheaper. Boatbuilders have always told me the same thing: the glue is just there to keep the seams closed so dirt can't work its way in, something they would have seen over time in the pre-glue era. No one believes the glue could hold the boat together though I think with modern glues in some small boats it would work. Most boatbuilders I have worked with have used a urea-based glue consisting of a thick white paste with a mild acid accelerant, similar to Aerolite, a British glue I used years ago. I brought a bottle of Gorilla Glue with me (phenomenally expensive and hard to find here) because I like it a lot better. The urea glues are pretty nasty to work with and I can't risk someone reading the instructions for me and getting the mix wrong. 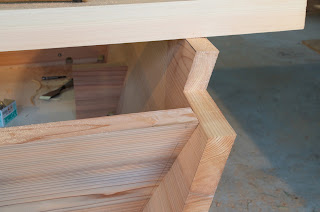 Notched the plank at the ends for the hinoki beams that spans the hull. 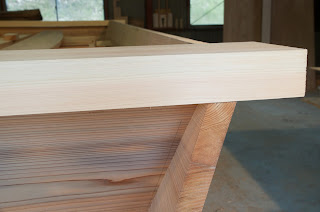 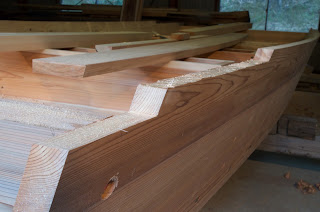 Then notched further aft for the decking. 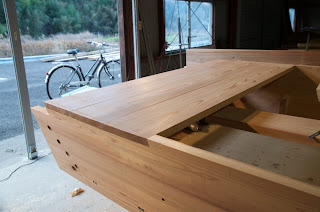 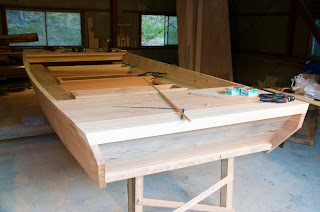 I trimmed the plank ends and need to refine it. Its suppose to be a curve. 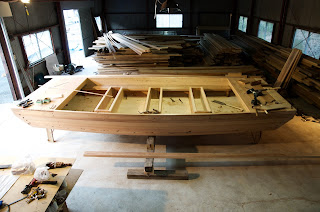 Three bench top seats land on top of the pairs of bulkheads.