Today was launch day, or a “test launch” to see if the boat leaked. Two representatives from Ritsurin Koen garden showed up to represent the customer. We gathered the younger employees of the company to lift the boat up onto a flatbed truck and drove it down to the main shop, which is right next to a tidal lagoon behind the harbor. 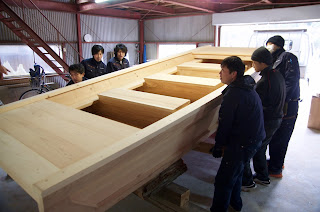 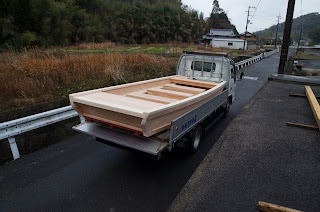 While we waited for the crane Mr. Oka showed me some historic photos of his father and his boats. His father apprenticed with a local boatbuilder at age fifteen and went out on his own at age 21. He was drafted two weeks before the end of World War Two. In the first photo he’s on the right in the foreground. He had been building small boats only in the village next door but right after the war he began working for several months in the spring building larger salmon fishing boats in Hokkaido. I’ve heard this in other places in Japan; boatbuilders doing seasonal work up north. I think post-war Hokkaido’s population was starting to grow but there weren’t enough skilled tradespeople. There was also seasonal work in the sardine fishery. 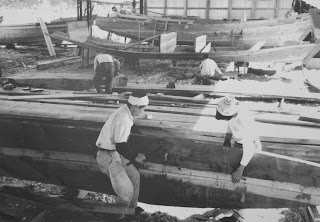 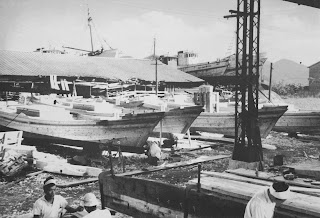 The local boatyard here next to Oda Mura. 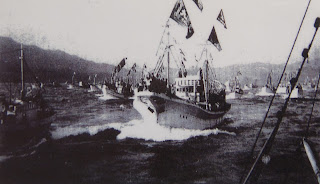 Salmon boats in Hokkaido. By age forty, however, he retired from building wooden fishing boats due to competition from fiberglass and transitioned his shop to building ship interiors, what they do now.

An old man came out of the shop next door to admire the boat. I'd been told the factory made nori, or the sheets of dried seaweed used in making sushi. I once built a traditional nori gathering boat and knew how nori was dried in the sun on little bamboo panels. I'd never seen a modern operation with a machine that cleans, mixes, spreads, and dries nori in one operation. 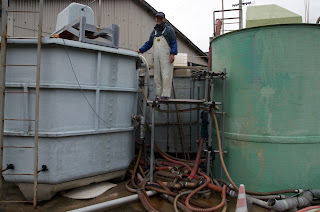 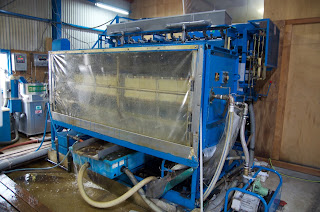 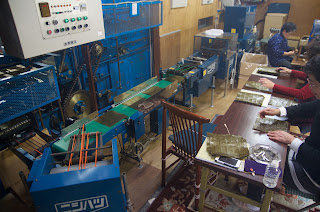 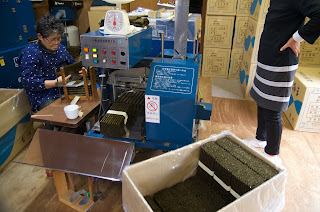 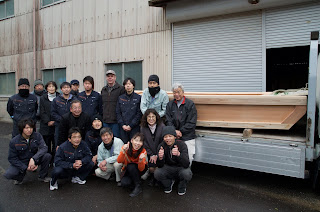 We took a group photo with all the staff just before the crane arrived. The boat went in the water and Mr. Oka sent an employee aboard to check everywhere for leaks. He didn’t find any. I don’t chalk this up to any superb skills on my part, just judicious attention paid to any potential problem spots for leaks. The crane operator told me the boat weighed 400 kilograms, or 880 pounds. I would have guessed a couple of hundred pounds more! She draws about four inches of water. 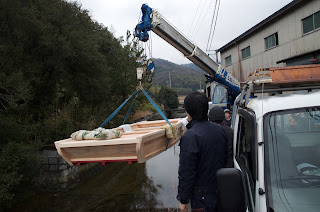 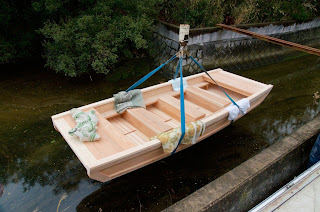 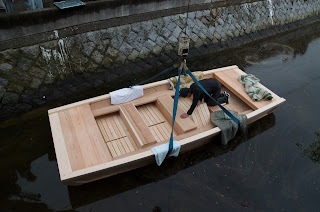 By early afternoon it was all over and I decided to take a bike ride out in the countryside where I had run the day before. There were some great old houses I wanted to photograph and one large temple. Above the temple was a shrine and since boat ceremonies are always Shinto-based I left an offering in gratitude for a successful project. 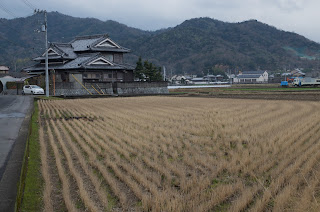 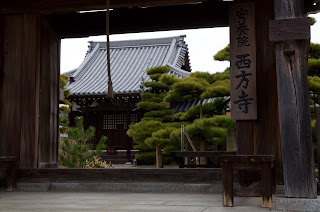 View through the temple gate. 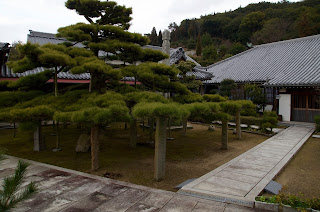 I've never seen a tree supported with stone pillars before. 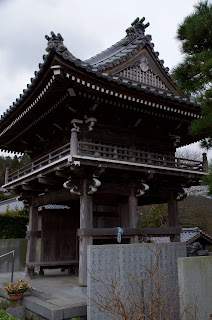 Another view of the gate. 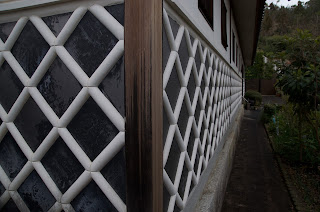 A particular kind of plaster wall treatment, reserved for the wealthy. 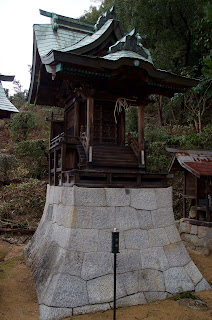 The tiny shrine on the hill above the temple, with a tiny collection box in front. 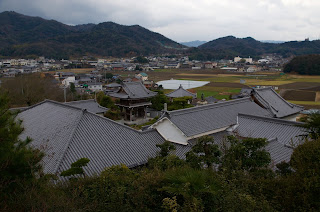 View from the shrine overlooking the temple and the valley.

I wanted to photograph this great barn and storehouse complex, situated in front of a grand house. The house is occupied and well maintained, but they are obviously letting the outbuildings go. The very definition of wabi-sabi, the idea of a beautiful state of decay. These buildings show every part of the traditional construction: the timber framework, the bamboo wattle, the first earthen plaster, and the final coat of hard, white plaster. The lovely little bamboo window was on an outhouse. 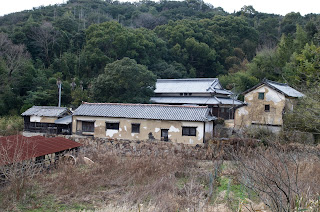 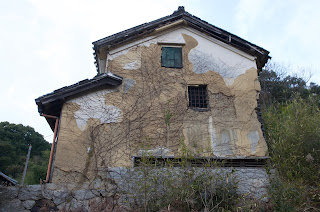 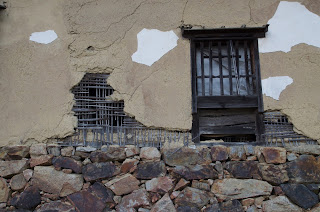 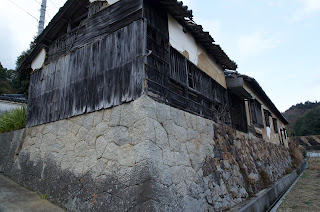 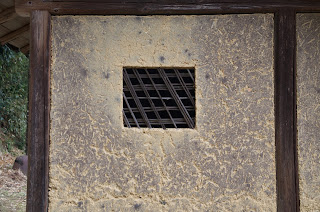 A final look at my view, gazing across the Inland Sea to Shodoshima. Tomorrow morning early I catch the bus to Kyoto for a long weekend, then its home to Vermont. While in Kyoto I am hoping to visit a mine where they cut natural sharpening stones. For my teachers who had them, these were always the most expensive tools they owned, generally $1,000 to $1,500 apiece. If I get the tour I'll post about it. 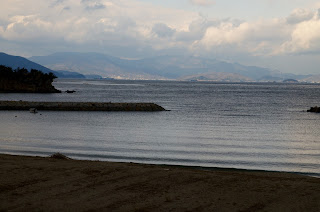 Posted by Douglas Brooks at 2:30 PM