I've had a busy September, first driving from Vermont to Port Townsend, Washington to attend the Port Townsend Wooden Boat Festival, where I did a Japanese boatbuilding demo and gave a slide lecture. I'd last been to this festival exactly twenty-five years ago when I brought a boat I built for a museum in Vancouver, Washington. You can read about that project here. 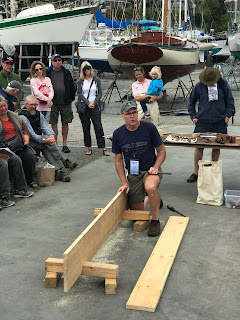 Here I am conducting my demo. First I fit the seam between two planks using a special set of boatbuilding saws, then I edge-nail them together. Its a highly refined process and all the seams in a traditional Japanese boat are fit this way. 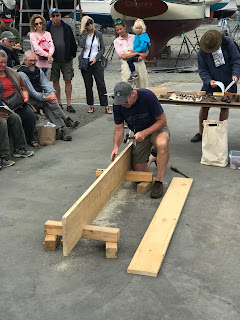 Here I am hammering the edges of the two planks before fastening. This crushes the wood fibers and once the boat is launched and water makes the planking swell these edges will expand, further ensuring a watertight fit. The process is called kigoroshi, or "wood killing."

I drove because I needed to bring cartons of my book to sell. After pricing the costs of shipping books, flying, renting a car, etc. It made sense to drive. At the last minute I loaded six crates of maple syrup made by a friend here to deliver to his daughter's home in Kettle Falls, Washington where he markets them at her local organic food co-op.

I was absolutely stunned by the growth of the wooden boat scene in Port Townsend since I had last been there. The Northwest Maritime Center is a huge facility with workshops, classrooms, offices, and supporting commercial space that oversees the Festival and other events. The Festival itself was impeccably well-run and worth anyone's time and effort to attend, up to and beyond driving 3,000 miles. Below are some photos from the trip. 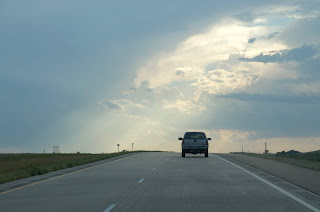 The view over the dashboard in North Dakota. This turned into a massive thunderstorm that evening. I drove I-80 past Chicago onto I-94 then I-90 across North Dakota, Montana, and Idaho. 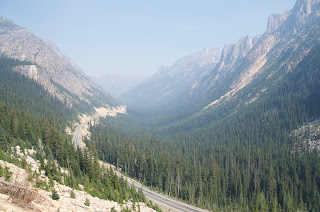 In Spokane I turned north to Kettle Falls, then decided to take Route 20 due west and through North Cascades National Park. I'd heard this was a spectacular and under-appreciated park and the scenery was gorgeous, though obscured by the smoke from forest fires. I drove through thick smoke from Coeur d'Alene, Idaho until I left the park, probably eight hours of driving, across several ranges and through the Okanagan Valley. The last stretch of Route 20 is actually the ferry to Port Townsend. 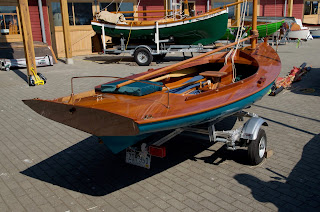 I was interviewed for a podcast while at the Show. The subject was the story of my research work on traditional Japanese boatbuilding. 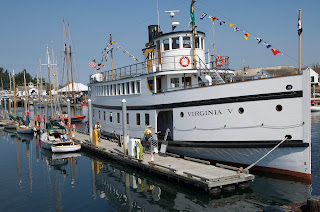 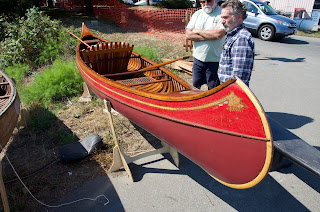 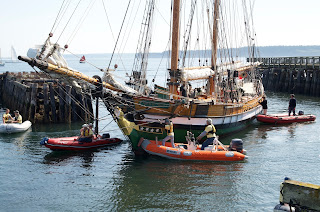 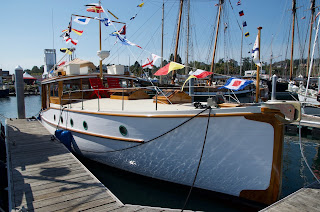 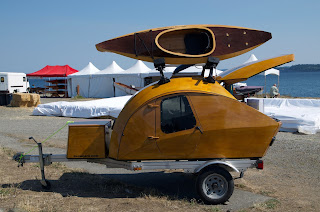 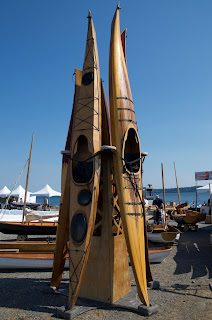 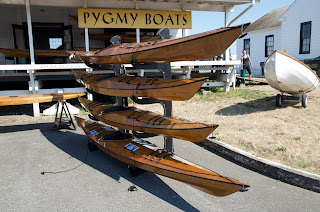 Pygmy Boats' headquarters is right at the boat basin in Port Townsend. 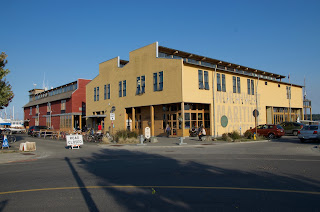 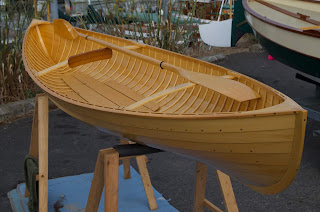 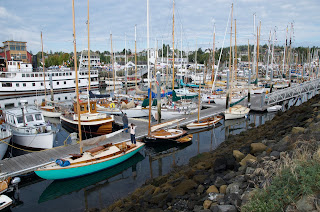 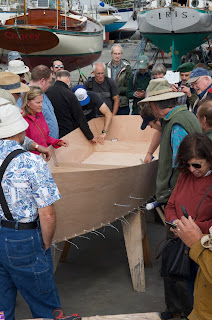 A stitch-and-tape boatbuilding workshop. My own demonstration was packed with spectators and my lecture was also well attended. Book sales were brisk enough to cover all my expenses, a major relief. I will be returning to the Pacific Northwest to give lectures again in March, 2019. 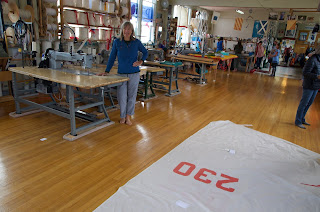 Carol Hasse has run her sail loft on the Port Townsend waterfront for forty years. Her work and advocacy for wooden boats is well-known in the region. 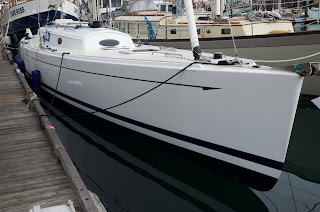 You'd never believe it was wood, but this, along with many other boats in the show, was built by apprentices at the Northwest School of Boatbuilding. 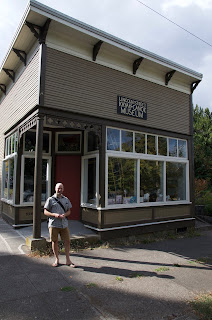 From Port Townsend I drove down to Portland and met my old friend Harvey Golden, who researches traditional kayaks and runs his own museum. He has two major books published on his research, which is honestly mind-boggling in its scope. 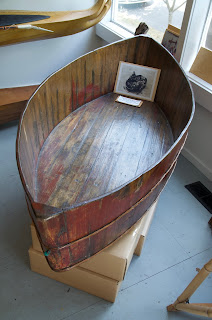 In his collection is a Chinese tub boat, reminiscent of the type I studied in Japan. 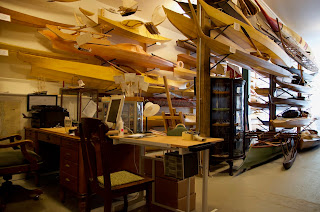 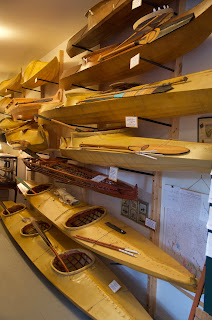 Harvey apprenticed with kayak builders in Greenland and has traveled the world studying and measuring historic kayaks in museum collections. Most of the boats you see in the museum are replicas he has built.

I flew home from Portland for two weeks, then back to attend the North American Japanese Garden Association conference at the Portland Japanese Garden, then got back in my truck and drove back to Vermont. Next blog post covers the garden conference.

Posted by Douglas Brooks at 6:57 AM