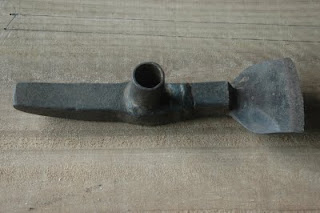 We've spent over a week hollowing out our two planks.  These planks began as nearly 2-1/2 inch thick planks, twenty-five feet long.  We've removed almost half their volume, leaving basically a rim around the edges (representing bow, sheer, stern and bottom) and leaving within the planks what will become the thwart risers (what supports the seats).  As we did this work (and believe me, it was work).  But probably nothing like the old days, when Shimojo san used the adze, above, to do most of this work.  He told me that the blade was made from the spring of an American military vehicle and that it was his idea to weld the farming tool to it, to give the adze more weight and make it easier to use. 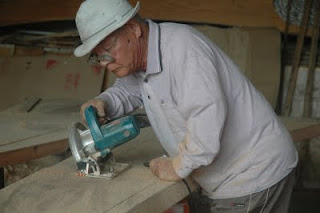 We began the process by cutting the edges of those parts of the plank we were not hollowing out.  With the blade depth and angle set very carefully we cut those edges. 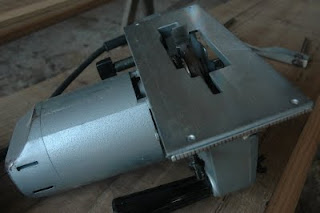 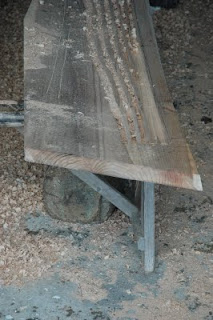 This monster cut almost a one inch wide swath.  It is no fun to push (we cut to the full depth with each pass).  We cut a series leaving material between each pass so we had something to lay the tool on as we tried to come back and cut the remaining material out. 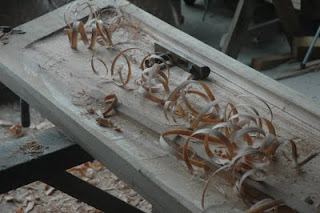 Beyond that the work was primarily with hand tools, including planes, gouges and chisels.  Shimojo san's son used an air chisel.  Finally we turned to a grinder and then sanders.  I believe that today we finally finished it off. 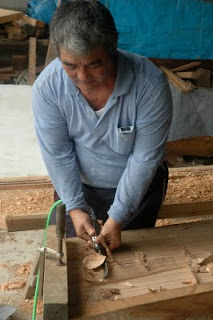 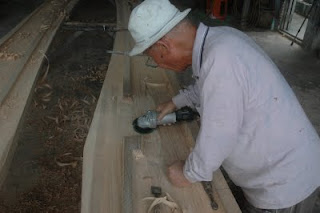 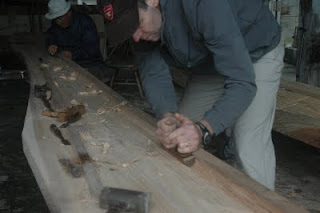 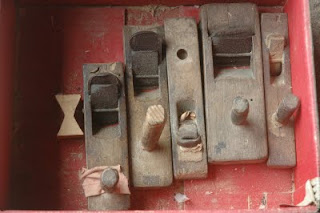 Given all this work, I was given over to fantasies of building up these planks out of two layers, essentially adding the gunwales, risers, etc. to a plank.  When I went to the sabani races I saw boats built this way.  The style is called "nanyouhagi" meaning "southern ocean joining" or, basically, the foreign way.  After asking Shimojo san about it he shook his head and said one word: "Bad." 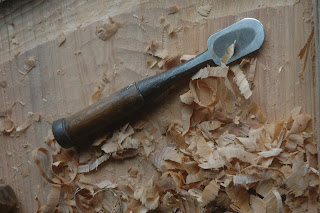 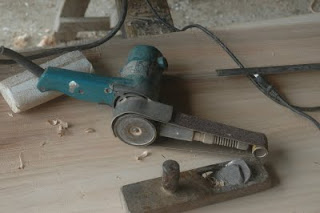 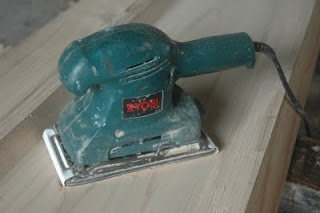 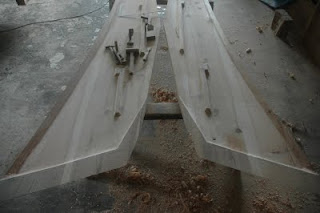 If you click on this final image and enlarge it you will get an idea of what we've done.  Basically we hollowed half the thickness of these planks.  I was surprised when we finally moved them today at how much lighter and more flexible they have suddenly become.
Posted by Douglas Brooks at 1:58 AM