The title of this entry means, "Slowly, please."  That's been our watchword the last three days as we've slowly begun bending our planks.  The first day on the job the boat builder was telling me that we would be pouring hot "oyu" over the planks to bend them.  Japanese sometimes say "oyru" for "oil" so for a few days I thought he meant hot oil.  Who was I to argue?  Then I figured out that oyu is boiling water.  In the old days his wife would tend a pot and they would burn all the shavings from the adzing and planing of the planks.  It was her job to keep running in pitchers of hot water to pour over the planks.  Now we are using a diesel flash boiler and a hose. 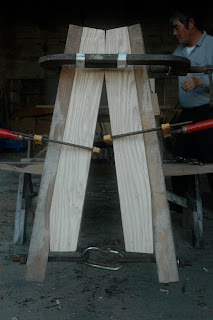 Here's the view of the bow joined together. 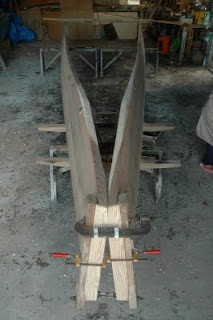 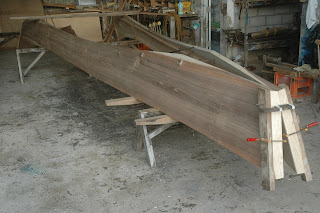 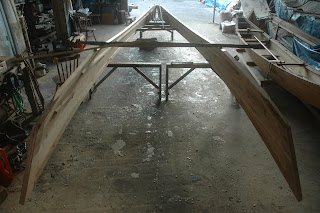 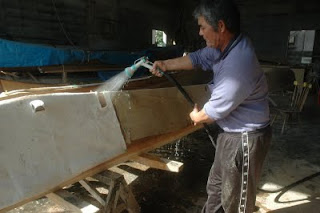 Spraying the hot water is something we've done every few minutes for days now. 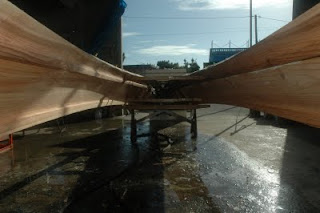 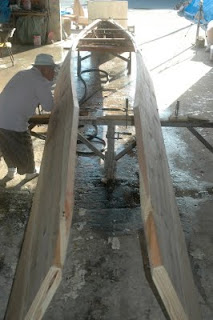 It took over a day to get to this point, with lots of clamps, bars, and turnbuckles used. 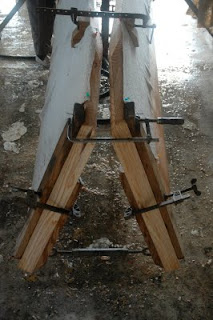 This is the view of the stern.  The large turnbuckle at the bottom is used to spread the planks. 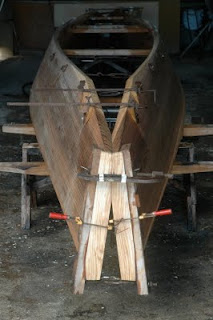 We used a handsaw, making many, many passes, running between the planks to create the faying surfaces at the bow.  Sabani have very narrow bow transoms instead of a stem. 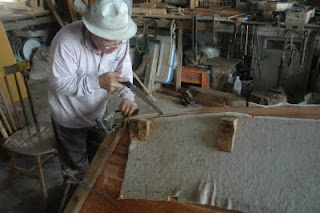 Here is Shimojo san doing the same sawing at the stern.  He says it is his signature that his sabani's planks come together a few feet forward of the transom. 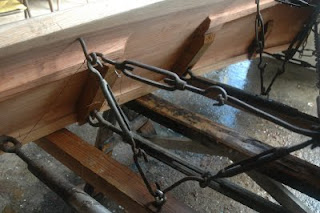 Here's a closeup of some of the rigging for this bending process.

Posted by Douglas Brooks at 1:35 AM