Heading north through Kyushu my next stop was Hita, Oita Prefecture. Cormorant fishing boats are used on the river here, like elsewhere in Japan, now just for summer tourists to watch. I agreed to meet a friend’s father who lives nearby and he had some contacts at City Hall who helped us locate one of two local builders. This man then met us at the river and we looked at a boat he built. Mr. Matsumura had been a truck driver who became interested in boatbuilding. He told us the last professional boatbuilder stopped working thirty years ago and he and another craftsman have kept things going. The boat I decided to measure was one he built twelve years ago and he said it was exactly like the former builder’s boat, but he added since then he’s changed the design slightly, widening it a little bit to give the boats more stability. He also uses common wire nails and screws instead of traditional boat nails. 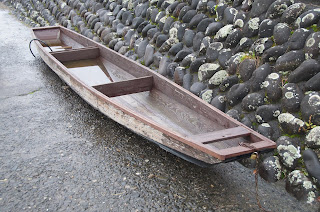 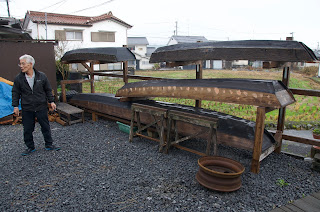 He took us to his house where he had boats in a variety of sizes, including tiny three meter version he says is for one person. I decided to measure a small one, perfect if someone wanted a Japanese style dinghy. 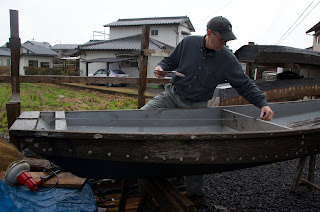 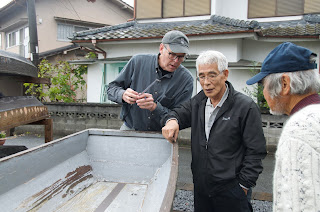 Talking to Matsumura san while my contact looks on. 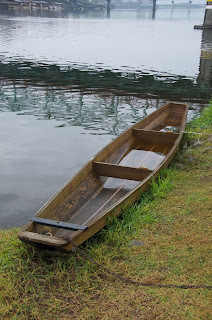 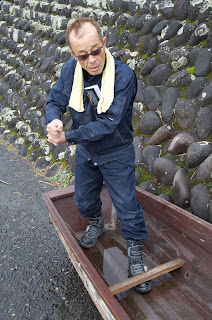 While I was measuring the cormorant fishing boat one of the fishermen came by. He showed us how he stands far aft when poling the boat, and wedges his foot under a beam in the bottom. 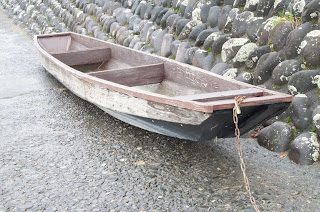 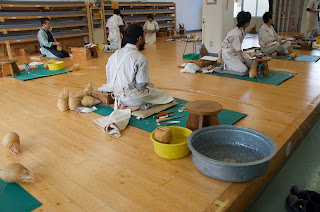 After measuring I left for Beppu, a city nearby where I planned to stay for the night. For several years I’ve been corresponding with Stephen Jensen, a Middlebury College alumnae and the first foreign graduate of the Oita Bamboo Crafts School. English readers interested in bamboo crafts will enjoy scrolling through his blog; he offers a lot of great information in English.

I am very interested in how crafts are taught in Japan, especially in light of the crisis facing crafts taught through a traditional apprentice system. It turns out the bamboo school has been in existence since 1939. For the most part, western-style craft schools are a very recent thing in Japan, so this was a surprise. Earlier this trip I met a furniture-maker near Mt. Fuji who is opening a woodworking school he hopes will be based on many principles of apprentice training. My own college Japanese boatbuilding courses seek to marry training styles of Japan and the West. 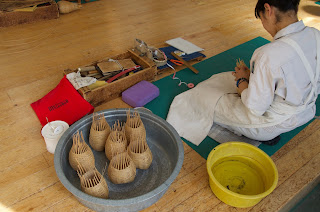 The current program is two years, with twelve students admitted. The program is tuition-free, though students have to buy specific work clothes and a set of tools. From the short tour I got I could see the influence of the apprentice way of learning. First year students spend months at the start simply learning how to split and prepare bamboo. They finish the first year learning how to make a series of small baskets, typically one type a month. Only when they have mastered the basics do they move on. After a full year of instruction they begin to experiment with their own designs. 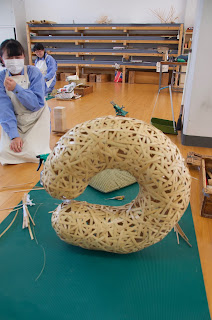 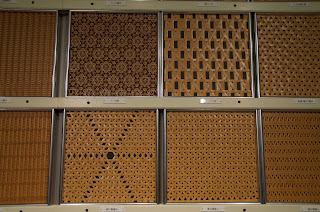 Examples of high quality bamboo work in an adjacent gallery. 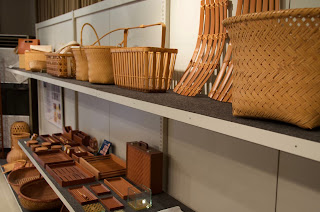 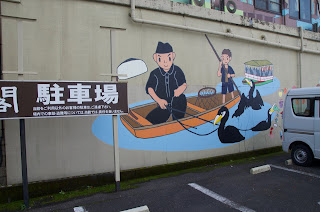 From Beppu I traveled to Asakura, Oita to see the cormorant boats there. What I found were boats identical to those I saw in Hita, and indeed, when I talked to one of the boatmen he told me all their boats were sourced from Hita. He was an elderly man, and said he had no memory of boats actually being built in Asakura. One major difference is the fishermen in Asakura use outboard motors, so the boats have some framing aft to accommodate the motor. 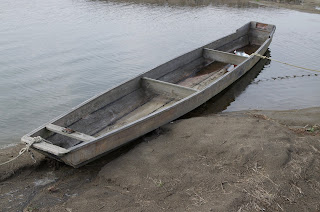 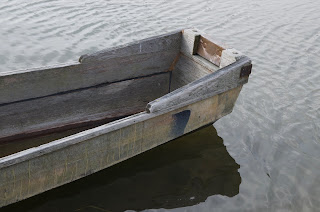 A close-up of the framing supporting the outboard motor.

The next day I reached Iwakuni. Early in the trip I’d seen the cormorant fishing boats here and met the builder but did not have time to measure one. These are the last boats of this type I am seeing in Japan this trip, so I spent the afternoon measuring one along with one of the small ayu fishing boats that were laying nearby. This boat was quite similar at first glance to the boat I measured upriver on the Takatsu River. 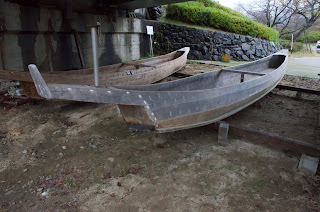 The cormorant boats share the same basic shape as the boat I built in Gifu last year, though they are made entirely of cedar and are shorter. They also have three planks per side rather than four. The bottoms are also completely flat athwartships, unlike the slight curve from side to side in the Gifu boats. A boatman came along and we chatted. He quickly acknowledged a direct link between the Gifu boats and these. 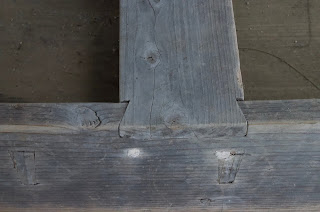 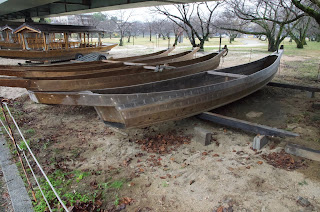 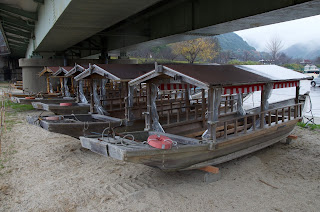 The boats that carry tourist who watch the fishing are quite lovely too. They are also a similar style to the ones used on the Nagara River in Gifu and Seki but the boatman pointed out here the bow rises higher due to the river conditions. 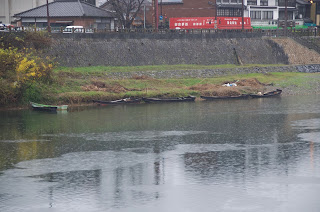 Small fishing boats along the river. 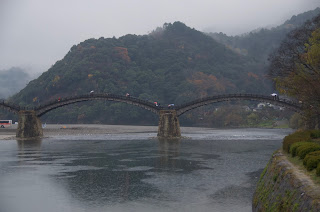 Iwakuni is most famous for its arched timber bridge. 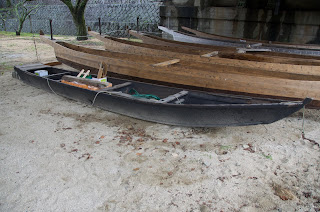 The small fishing boat I measured. 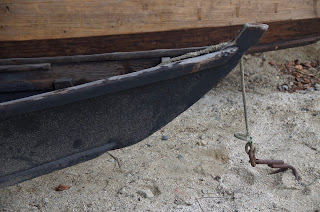 Now off to Guilin, China in a few days where I hope to see the cormorant fishing. Stay tuned.

Posted by Douglas Brooks at 5:02 AM