I am now in Asia for seven weeks of research in Japan and China. This trip is sponsored by the Asian Cultural Council of New York and is a follow-up to my research last year building the cormorant fishing boat in Gifu. The goal of this trip is to meet and interview river boat builders, specifically those who build cormorant fishing boat. While Gifu is by far the most famous place in Japan associated with this fishery, its also done in about ten other spots in Japan. Now all cormorant fishing is done as a spectacle for tourists, but this was actually a bonafide commercial method of catching ayu, a small sweetfish, well into the 20th Century. In China I will be visiting Guilin, one of the most famous spots for cormorant fishing, where again it takes place today only for tourists. Finally I will visit Shanghai and go to Ningbo to see one of China’s largest maritime collections.

This trip will fill a significant hole in my research. Until last year I had never studied with a builder of river boats, and I had only met a handful of such craftspeople, as my travels have been almost exclusively along Japan’s sea coasts. My first six teachers built sea boats only. What I have learned to date about river boats builders leads me to believe they are far more isolated than the craftspersons I have previously studied. In some ways this isolation creates even more variety in the craft, which this trip should illuminate.

River boats are attractive to me, not just for their aesthetic and cultural value, but because they are in my view the ideal boat for teaching Japanese boatbuilding. They are relatively simple compared to sea boats, so they lend themselves well to short-term workshops. The wide, plank bows seen on most river boats relieves the bending necessary for the side planking, eliminating the need to bend by fire, something not conducive to the typical classroom. To date I have taught four kinds of river boat designs in my classes.

I landed in Tokyo and on my first day visited my second teacher in Urayasu. Mr. Nobuji Udagawa and I built a bekabune together. He is now 88 and its hard to believe its been seventeen years since we worked together. Then, at age seventy, he could work circles around me, forty years old at the time. I also visited the family of my third teacher Mr. Kazuyoshi Fujiwara. He passed away last spring at age 94. Again, a remarkable craftsman and human being.

I left Tokyo and headed across Japan to Niigata, where my friend Ms. Yoko Arakawa met me and we then headed up the Shinano River. She had arranged for me to meet two boatbuilders, one she had met several years ago and the other a man I learned about and had been corresponding with via his daughter-in-law.

First we met Yoko’s contact Mr. Nakagawa. He is 81 and a second generation boatbuilder. He did a five year apprenticeship with his father, who initially was very busy building small rice field boats until lagoons were drained to build road after the War. Nakagawa and his father built 10 large korembo cargo boats, up to 75-feet long, and 10 smaller sanpasen. For the larger boats they switched from wood to steel about 1970. Since then he’s built wooden boats now and then for organizations and events. 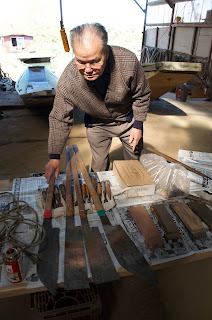 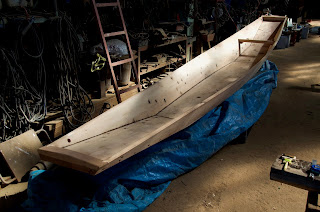 Nakagawa san listed the various types of boats of the region: koyashibune (night soil boat), nagabune (literally “long boat”), korembo (large cargo boat), shikibune (one piece bottom), itaawase (literally “plank built"), honryoubune (literally “real fishing boat”), and sanpasen. He bought his cedar locally; he said rich people had large trees on their properties. There were two types of sawyers: those who cut the trees down and those who ripped them into planks. Large trees would be ripped in half in order to transport. I measured the small boat he had just built. A new larger boat he had just fiberglassed he built for $8,000.

From there we drove to Katayama san’s house and had a good time talking to him, seeing his shop and looking at one of his older boats by the river. He is a third generation boatbuilder. He stopped building boats around 1960 when demand fell off, but before that he was building as many as four boats a month in the busiest period of 1945-1950! The types included kobune (24 feet), nagabune, and doutakabune (large cargo boat). He bought his wood locally, usually cedars 6-8 feet in circumference. Power came before he was born but he only used hand power tools. After 1960 he worked as a tategu-shi (interior joiner) and now makes picture frames for a famous artist. 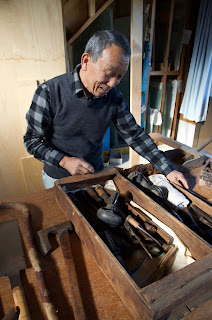 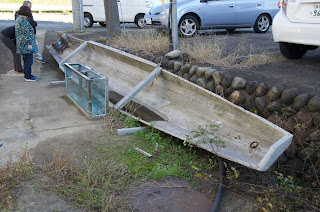 Then we went to see the korembo boat replica, built 11 years ago at a cost of $70,000. It is 6 ken long (36 feet) but in the old days they were as much as twice as long. The planking was all full length! The precursor to these boats was the doutakabune, which were 40-60 feet long. 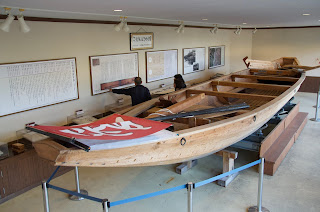 Last year while working in Gifu I attended a furniture symposium in Nagoya. There I met Mr. Tak Yoshino, one of Japan’s most famous furniture makers. Specifically he is famous for his Zen Chair, a remarkable design intended to support the body with perfect posture. He custom fits his chairs to each customer. After attending law school Tak apprenticed with a furniture maker and then a National Living Treasure sashimono maker. Sashimono craftspeople make small wooden items like boxes. For the last thirty years Tak and his family have lived at the base of Mt. Fuji where he has a shop, teaches workshops and has two apprentices. He has begun the process of building what he hopes will be an international woodworking training center. Like me he is asking himself how craftspeople can be supported, in particular how to create a new generation of craftspeople. The concept of crafts schools is a very new one in Japan, where the crafts have heretofore been nurtured by a traditional apprentice system. 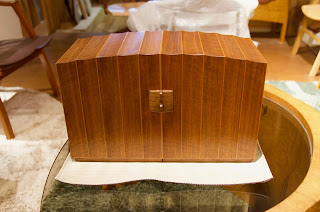 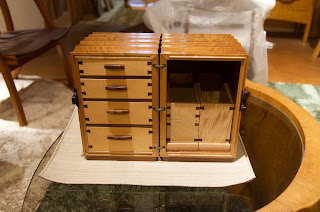 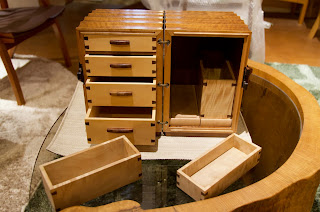 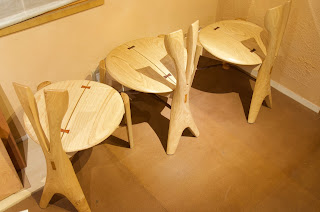 Tak and his wife were wonderful tour guides. We traveled around his home in Kawaguchiko for a day, first seeing a minka (farmhouse) museum in a small village. The house is 300 years old and the waterwheel is fully functional with a grinding wheel for grain. 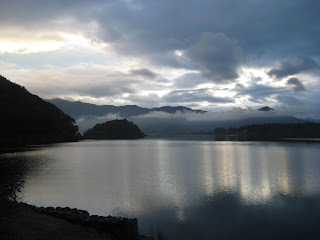 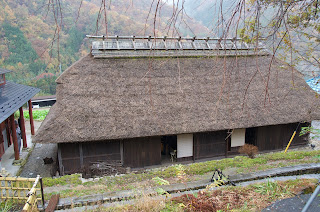 We then hiked the forest at the base of Mt. Fuji. This is infamous as the location of many suicides but Tak san objected to its reputation, saying it denigrated what is otherwise a beautiful and unique landscape. The forest represents 1,200 years of recovery from a massive lava flow, and the flora show interesting adaptations. The trees are primarily cedar and they grow incredibly slowly in the thin soil. We hiked to a small hill which has a completely different forest because the lava flowed around it. The hill is an apex forest primarily of beech. 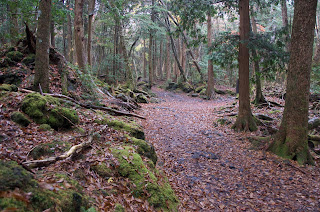 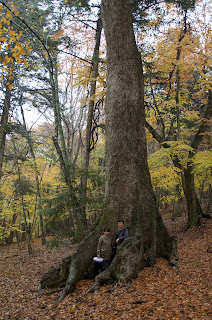 Finally we visited a 1,200 year old shrine founded in 865 after the eruption of Mt. Fuji. The Emperor decreed that the local community establish a shrine in order to appease the mountain. The original shrine was destroyed by fire and rebuilt in 1606, and then this structure was disassembled, repaired and rebuilt in 1960 for the 1,100 anniversary of the shrine. It is famous for its seven massive cedars which date back to the shrine’s founding almost 1,200 years ago. The seven trees are all over 40 meters tall and range from 10-20 meters in circumference. 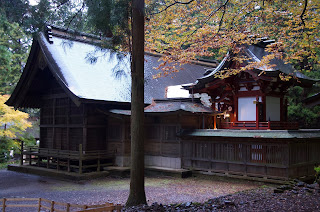 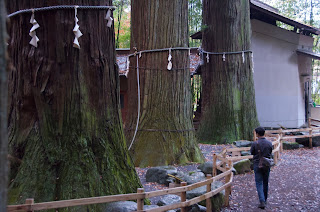 That evening I give a slide presentation at his house. It was overcast during my trip but the morning Tak drove me to the train station suddenly the mountain appeared. 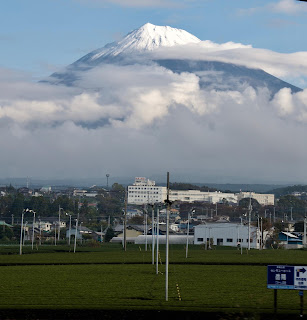 Posted by Douglas Brooks at 5:25 PM