Spent much of the day yesterday in Oodochi, a small town outside of Kochi City where an exhibition of traditional artifacts was stage in a school gymnasium. Three boats from the collection of the Prefectural Museum of History were on display and it was an opportunity to measure them. They were built by two of the men I met the day before, Nakawaki san and Kayou san. 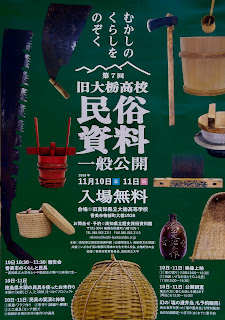 Poster for the day's event. 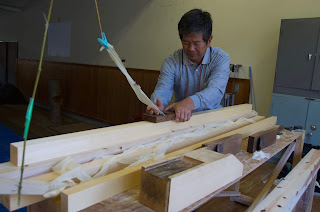 At the entry a man was demonstrating planing. These contests take place throughout Japan and have enthusiastic clubs that compete to see who can make the thinnest shaving with a hand plane. He invited me to try. 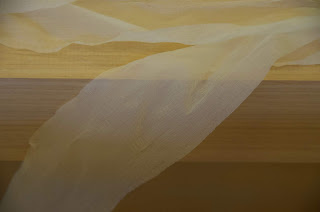 The translucent shaving I produced. Not really a big deal since he had done the sharpening and setup on the plane. 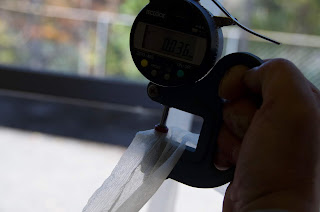 He measured my shaving with his micrometer: 36 microns thick. He told me in a contest he created a 3 micron shaving, and its honestly hard to believe of something less than one-tenth as thick as this. 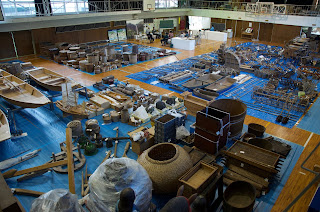 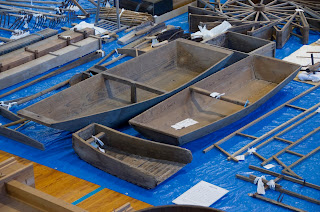 These are tabune, or rice field boats. They were loaded with tools or rice and pushed like sleds. 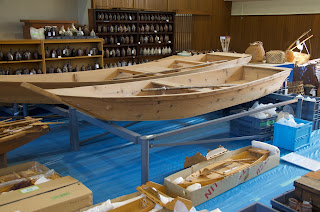 Here are the boats were came to see. The museum commissioned them from the two builders. 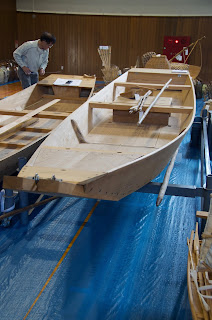 I measured the two smaller boats, 13-1/2 feet and 20-feet long respectively, both built by Nakawaki san. 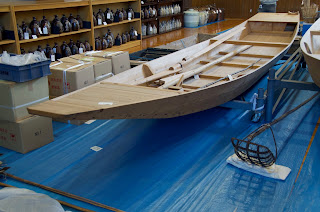 I mentioned in an earlier blog post how Mr. Kayou wouldn't talk to us. He built this boat and its details were extraordinary. It is one of the most finely-built boats I have ever seen. Kataoka san measured it. 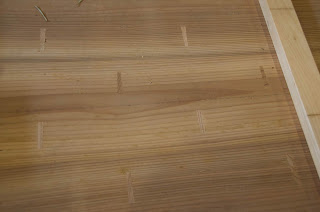 A look in the bottom at the nail plugs. 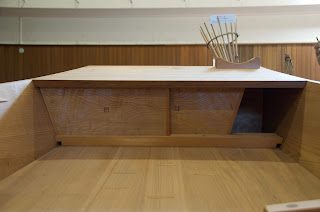 All these river boats we have seen have a simple door hinged to the top of the aft deck. Kayou's boat has two sliding doors made of highly figured panels, hand-planed to a glass-smooth finish. 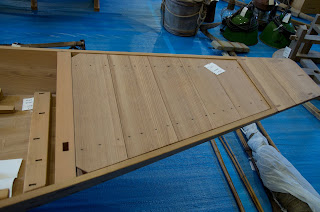 A look at the forward deck. All the fits are perfect. 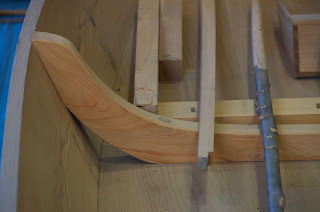 A pair of grown knees serves as the main frames of the boat. 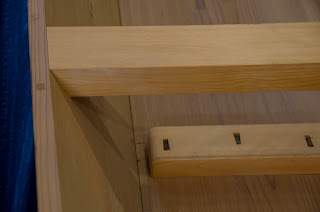 His beams at the rail are through tenoned. I neglected to photograph the visible tenon but the fits were perfect. 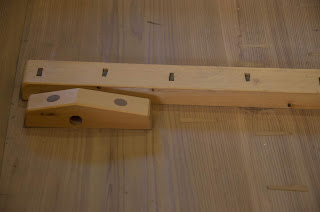 His floor timbers are clench-nailed into shallow mortises. 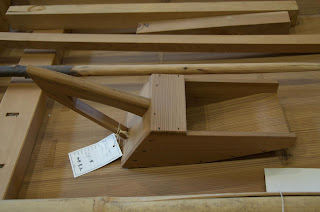 The bailer has an interesting lamination for the bottom of the handle. 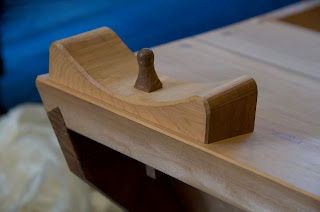 This is the rogui, the post the sculling oar pivots on. What struck me was the curved block for the oar to rock side to side. Kayou built this boat for the museum at the end of his career and it may be he decided to show off his skills. Its hard to believe he would lavish this kind of attention on an ordinary fishing boat. There is a phrase in Japanese ude no mise dokoro, or "time to show off your skill." He succeeded here.