Yesterday I drove from Miyoshi out of the mountains to Masuda, a small city on the Sea of Japan. I decided to forgo the expressway for the secondary state roads. It took over twice as long but it was a gorgeous drive. 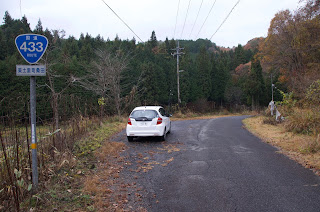 I was surprised, however, when State Route 433 became a one lane road. 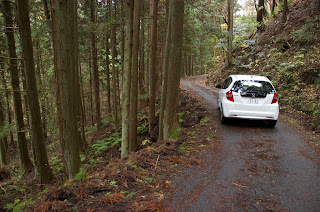 My compact Honda Fit barely made some of the hairpin turns, and thank goodness no other car came the other way or one of us would have been backing up for a mile or more. This one lane stretch took me over a pass and lasted for several miles. 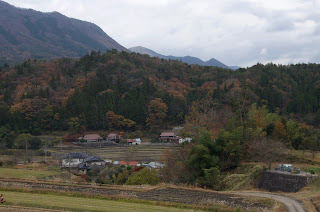 Back on the open, two-lane road, I traveled through one lovely village and hamlet after another. 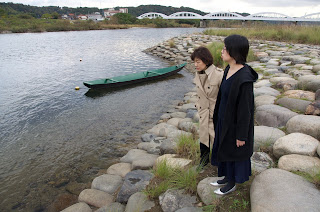 In Masuda I met my contacts, Reiko and Eriko. Reiko is a volunteer guide with the Takatsu River Foundation and Eriko is her friend. Reiko had found a fisherman, Mr. Takamori, for me to meet. He has two boats and happily let me measure the larger one. He said fishing with cormorants here ended about twenty years ago but they used the same type of boat he uses. 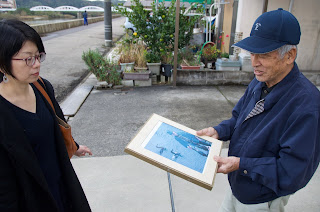 It turns out Eriko's husband's grandfather was the last usho, or cormorant fisherman. She went home and got a photograph of him. 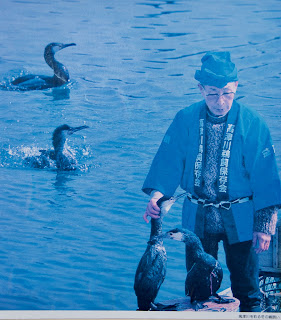 What surprised me was learning he fished without using a leash, relying on voice commands only. Takamori said they would use their birds as decoys to catch young birds, and they would release older birds back to the wild. Also, he said this fishing had only a slight history as a tourist event. Imagine, these were commercial fishermen using birds. 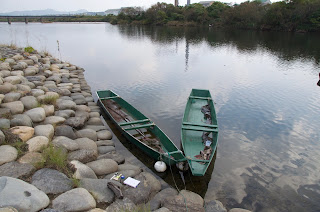 Takamori's boats were built by Mr. Sasai, who is now 85. He built these about five years ago and they are his last boats. I obviously hoped to meet him but Takamori said he was ill, so I didn't press this. 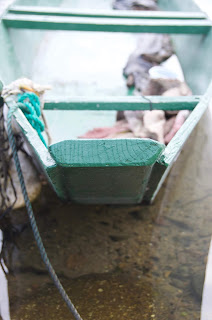 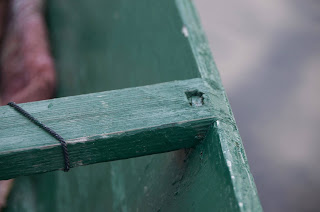 The beams notch into the sides with a dovetail joint. 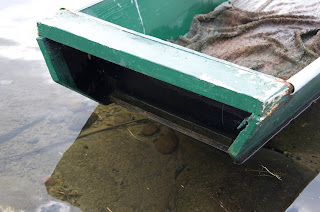 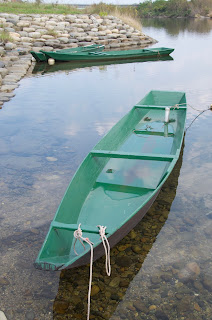 Takamori explained his neighbors boat was rigged for pole fishing, not net fishing like his boats. The major difference are the double beams in Takamori's boats. He said his boats were the type the usho used. 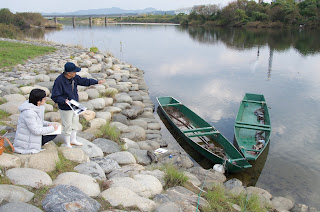 Eriko and Takamori arrived just as I wrapped up measuring his longer boat, which is 21-feet long. He called them hiratabune, which means "flat-bottomed boat." 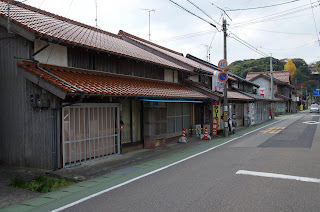 One of the old main streets near the river. 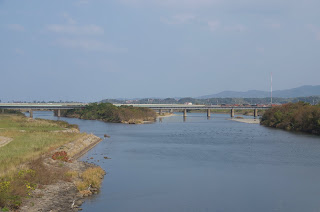 Takamori fishes the lower river down to the mouth. 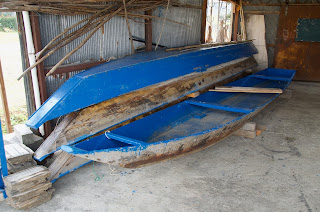 Reiko and Eriko made some phone calls trying to reach the boatbuilder's apprentice, a man now in his 70s who builds boats upstream. He was out but we looked in on his shop where I saw a brand new boat. At a warehouse were more fishing boats. We met with the head of the fisherman's union who said about 800 people are active seasonally fishing for ayu, a sweetfish. Most are using a rod from shore but the net fishermen use boats. He and Takamori had said the boats were shorter upstream due to differing conditions. 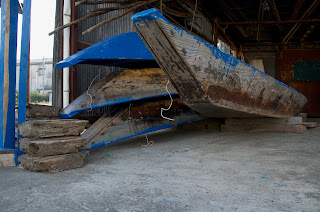 I was going to measure one of these boats but it was only marginally smaller than Takamori's. Since these were out of the water, however, I was able to get more construction details and confirm the thickness of the bottom planking. 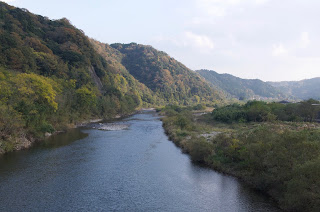 A view upstream on the Takatsu River. Its not dammed, efforts having been fought off by local residents. Its said to have some of the purest river water in Japan.