After two months of work it was finally time to leave Iejima.  The sabani is destined to be shipped to the Museum of Maritime Science in Tokyo and Shimojo san felt that a launching ceremony was most appropriate just before the boat left.  Since the museum had yet to finalize shipping, I could not stay and see the ceremony (thought I interviewed Shimojo san about exactly what he would do).  Hopefully the wife of the U.S. Army sergeant in charge of the island's detachment will be able to attend and photograph the event for me, and I will be sure to post something here about it.

I was invited by a group of sabani sailors down to the capitol city for a dinner and a look at some sabani and I was given two liters of real shark liver oil to take back to Shimojo san.  He applied it to the boat over the tempura soybean oil we had used.  These final photos show that finish.  It was taking a long time to dry and it did NOT smell very good! 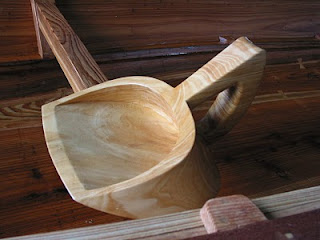 Shimojo san finished the bailer (called yutui in the local dialect) and put a coat of lacquer on it. 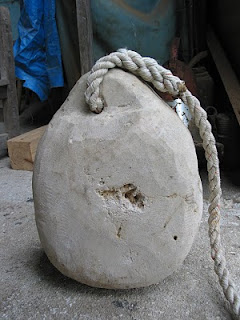 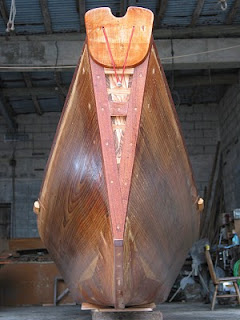 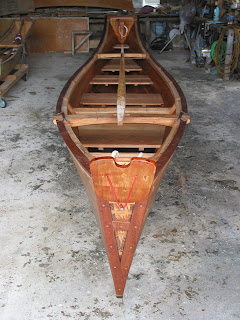 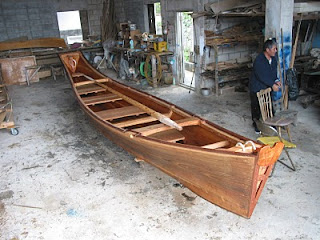 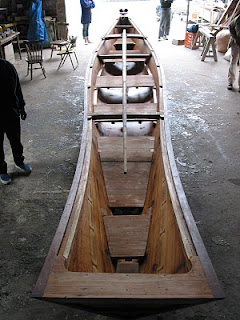 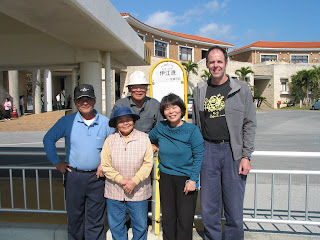 Me with Shimojo san, his wife and two of his children at the ferry port just before I boarded. 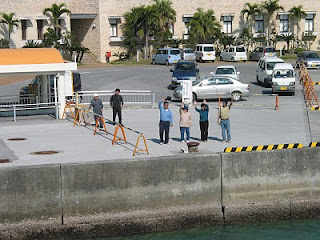 Waving goodbye from my last landfall, a Japanese tradition to see guests off at the point of departure.  I wish Shimojo san and his family the very best of health.  The last bit of local dialect I learned was a phrase that goes: "Since we have met we are now friends."  Shimojo san an his family exemplified those words and I cannot thank them enough for their generosity and kindness.

Thanks as well to the Center For Wooden Boats in Seattle; the Asian Cultural Council of New York City; and the Nippon Foundation and Museum of Maritime Science of Tokyo for their support of this work.  I will have more postings soon about sabani, including some photos of a very intriguing boat I saw in the Okinawan Prefectural Museum of History in Naha City.  So for those interested in sabani there is more to come here.