Copper covering is not used universally on boats throughout Japan, but its often seen, particularly in more urban area.  I’ve been told this had mostly to do with how wealthy the fishermen were, and whether or not they could afford it.  The chokkibune I built in Tokyo had a lot of copper covering: the nail heads, any exposed endgrain, beam ends, and most seams above the waterline.

As far as authenticity, we may have gone a little overboard with our copper here, but what we did does represent what is done in Japan.  We cut shallow mortises around the nail heads for copper, and I covered the steam rabbet.  We covered exposed endgrain in the framing at the stern and also capped exposed beam ends.  Its a nice affect, and the next time you look at Japanese wood block prints you will immediately recognize what the rows of neat rectangles are.  In those days they were often painted black with ink. 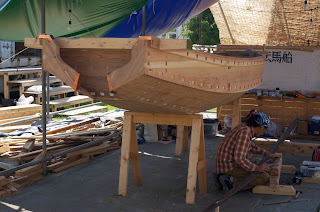 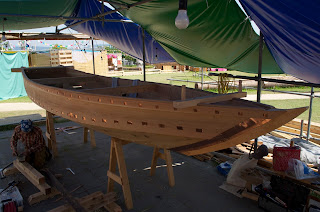 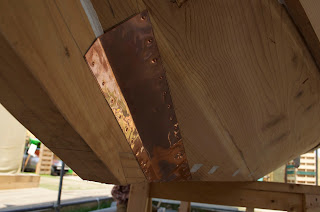 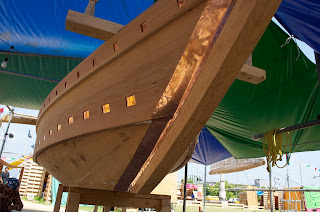 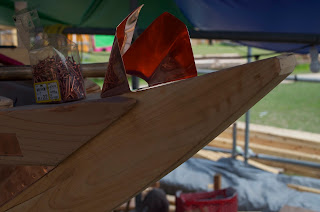 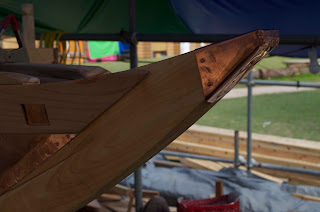 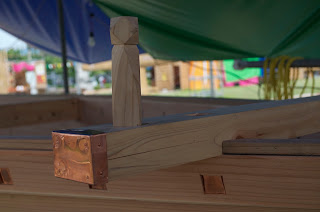 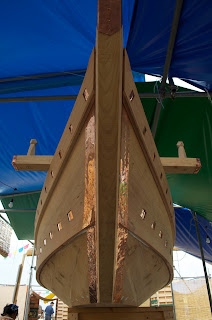 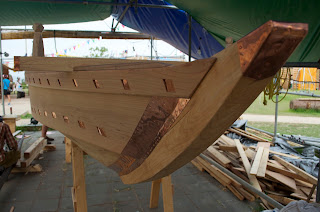 Posted by Douglas Brooks at 4:24 PM