Tuesday Koji, Takumi and I, along with our recent volunteer Shiten, drove over to mainland Japan to see Tsuda san, the 84-year old boatbuilder I first met in this region ten years ago.  In many ways he is responsible for my being here, because when I learned that the Setouchi Festivale was looking for foreign artists to collaborate with local craftspeople I wrote him requesting his help.  He had aged considerably since I first met him, but he finally agreed.  Our project was accepted but then his health deteriorated to the point where he had to move to assisted living.  Luckily the festival organizers decided to keep the project.

Our trip took us over the Seto Nai Kai Bridge, at the time it was built the longest bridge in the world.  I last crossed it twenty years ago, not long after it opened.  The views of the Inland Sea are gorgeous, and we had a beautiful day.

Almost from the moment we sat down with him Tsuda san was asking about our boat, how it was constructed, and making sketches explaining how he built boats.  It was an interesting conversation and we learned several things.  Tsuda san would have been great to have at the project for his expertise.

I quizzed him on how he conducted his launching ceremonies.  The local museum curator has been advising us, but interestingly Tsuda san’s traditions varied from what the curator had been describing.  I have decided that in his honor, we will follow faithfully Tsuda san’s protocols.  I will describe that in a future blog posting.

We have a typhoon bearing down on us, so our Saturday launch is in jeopardy.  Nevertheless I am responsible for installing certain shrine objects in the boat, so that will happen regardless. 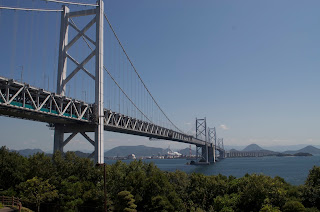 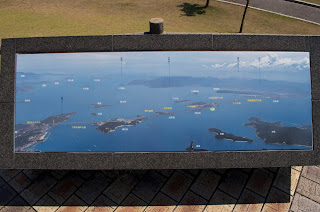 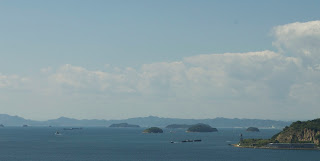 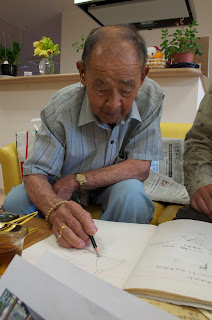 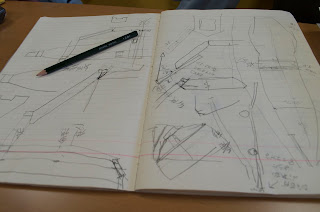 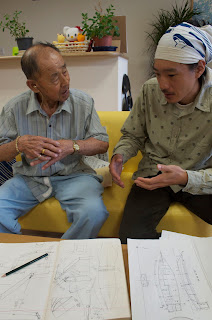 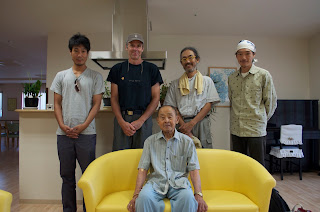 Posted by Douglas Brooks at 5:33 PM