We get some interesting visitors to our workshop.  One morning a man came, sat down, and watched us working in complete silence.  I finally made an overture to him and he mentioned that he had been a house carpenter.  I invited him to step into our shop for a closer look and he picked up my plane, looked carefully at it, and then marched over to our sharpening stones, took the blade out and began to sharpen it.  When he was done he sharpened another plane.  Then he grabbed my bag of tsubanomi (the chisels we use to pilot nail holes) and he sharpened all of them.  He’s been back a couple of times since and always watches us wordlessly.  I noticed last week he’s working as a parking attendant for the Festivale.

One of the Bengali instrument makers came over with a partially made guitar and asked Takumi if he would use his power tools to rough out the top where he will be carving a bird.  Several of the other Bengali craftspeople have asked about our power tools, as evidently many of them have no access to them in Bangladesh.  This man told us he works sometimes as an itinerant instrument maker, traveling among villages to make and repair instruments.

Yesterday a very small, older man came by.  He made motions of sawing on the boat and I asked him if he was a boatbuilder.  He said he built large plank-on-frame wooden ships in a local shipyard and he showed us photos of the models he currently makes.  The construction of ferries must have been a huge business here since the Inland Sea is dotted with islands big and small.  He seemed charmed by our project.  Several other people have reminisced about their childhoods living on the islands, sculling small boats like the one we are building. 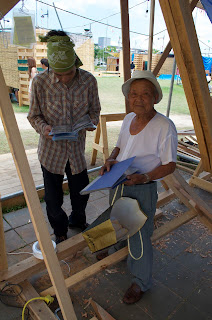 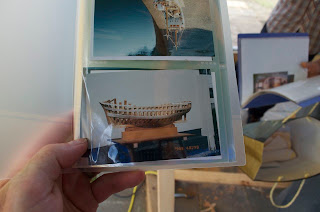 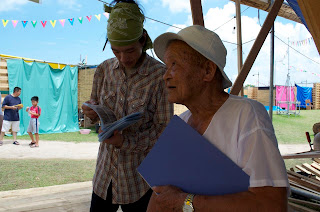 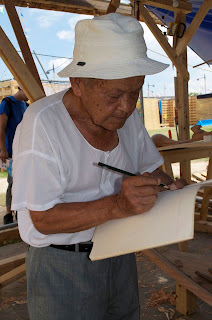 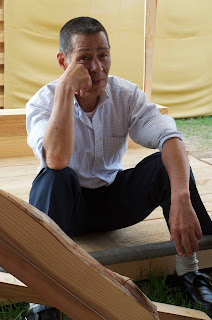 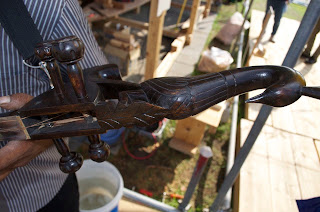 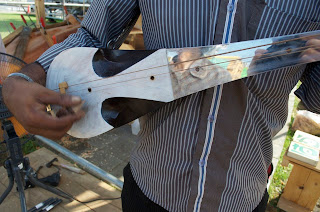 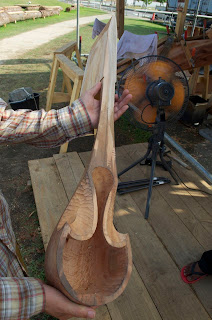 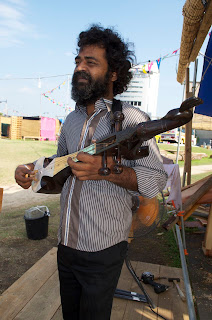 Posted by Douglas Brooks at 6:17 PM