My friend Shinya Tominaga drove me here yesterday, a couple of hours outside of Tokyo, to visit Mr. Ichiro Tagami.  He is the last builder of hobikisen, one of the most dramatic boats in Japan.  These were trawl net fishing boats, sailing sideways under a huge sail to pull their nets.  I met Mr. Tagami on one of my earliest trips to Japan, and its been twenty-two years since I last saw him.

Today, hobikisen sail out of two ports.  The boats set their famous sails and tourists follow and photograph from larger boats.  Hobikisen were working boats until 1965 and amazingly I just learned that the tourist boat phase began the year before I met Tagami san.  I am here in part because there is talk of having him build another one.  He's in his eighties now and there is a realization that his methods need to be documented. 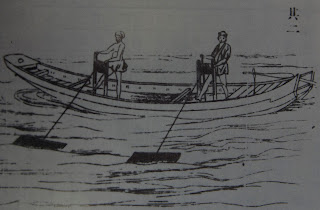 The old days, when fishermen used winches off their anchored boats to pull in their nets.  About 90 years ago the hobikisen method was developed.  The word means, literally, "sail pulling boat." 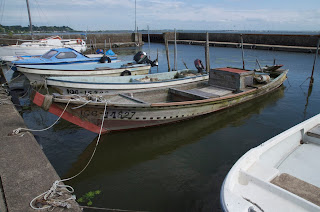 Nice motor boat built by Tagami san that I found.  He told me he's built about 100 wooden boats in his career. 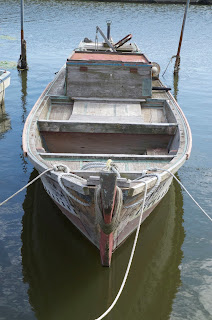 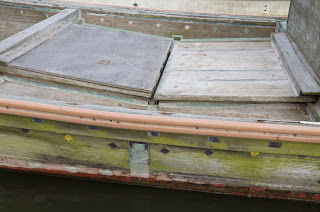 Detail of the scuppers on either side, lined with copper. 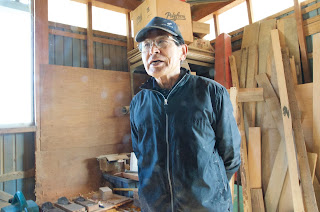 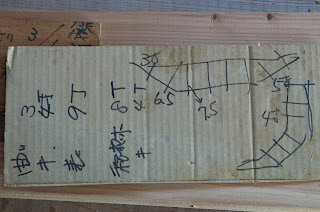 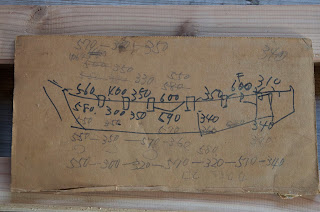 He showed me some of his sketches, but he works largely from memory. 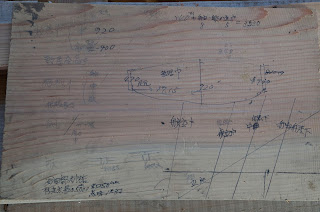 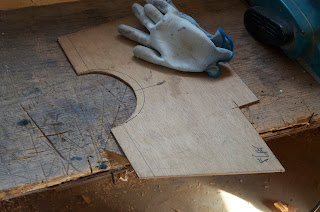 A pattern he uses that only he understands. 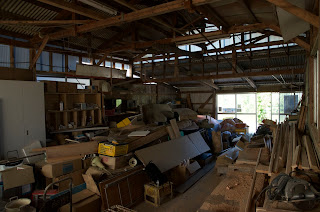 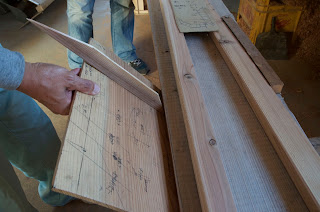 He showed me how when setting plank angles he props the garboard against the keel and slips a pattern into the gap.  His patterns have the proper angle for this joint.  I've never seen this method before. 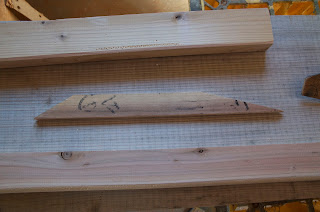 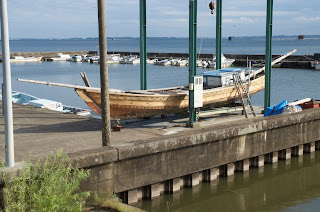 Here's a hobikisen pulled out for repairs.  It was built right about the time I first met Tagami san. 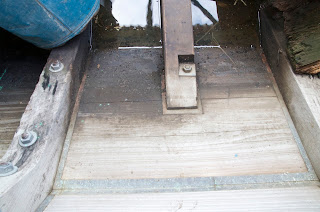 Sawn frames of keyaki (left and right) and a floor timber (center). He lines the edges with copper plate. 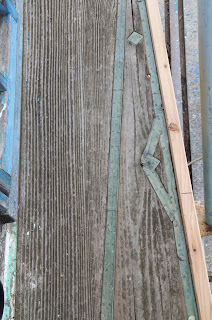 Copper plate on deck covering a seam and a crack in the wood. 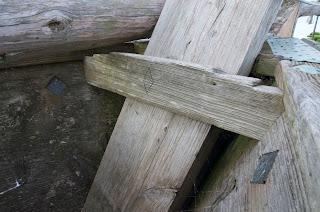 He carves this simple diamond mark on the forward beam of his boats as a signature. 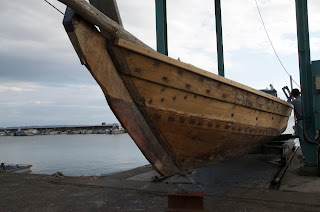 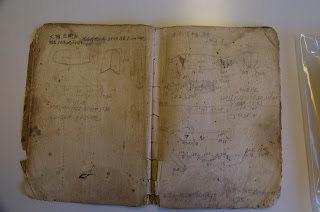 He is a third generation boatbuilder and he showed me his father's and great uncle's notes. 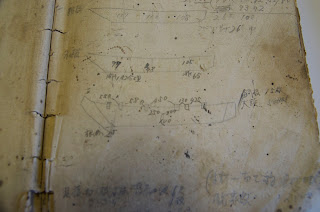 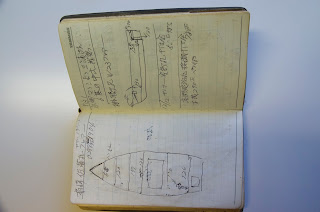