Taito City calls itself the heart of "Old Tokyo" and its a very interesting neighborhood of very narrow streets and a growing arts scene.  Tokyo's oldest and most prestigious arts universities is located in Taito and yesterday I met my friend James Jack, who graduated from this school and now teaches there, for a walk around.

One of the interesting galleries is a converted bathhouse.  But despite selling itself as "old Tokyo" it seems the last remaining traditional wooden houses are disappearing fast.  James walked me around and pointed out new houses where several old ones had been torn down, and we came up the process. 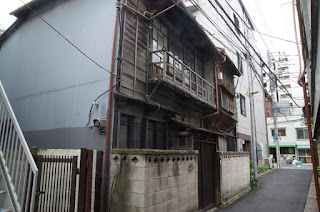 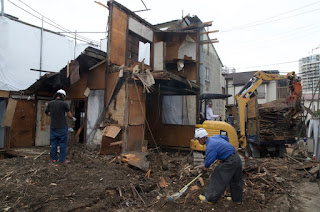 The guys tearing this down thought it was built right around WWII. 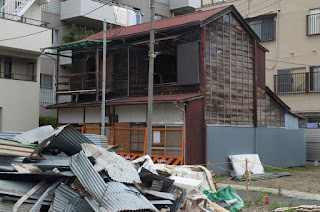 Its neighbor is slated to go next. 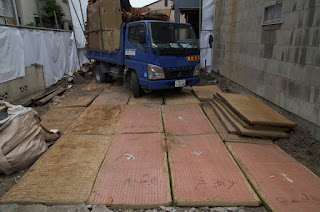 They used the tatami mats as mud pads for their truck. 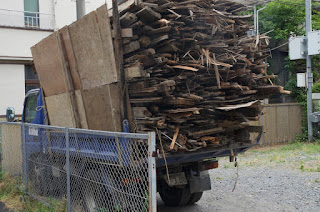 These house parts will be burned at a public bath to heat the water. 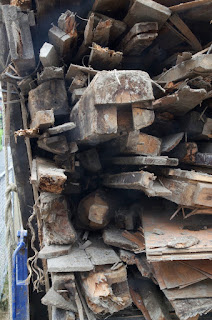 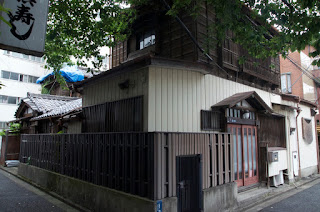 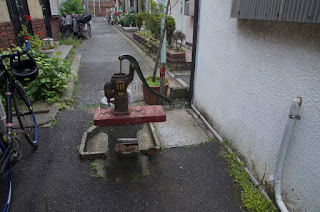 James pointed out that in this new development two historic public water pumps were saved because of regulations.  The houses aren't protected but the pumps are. 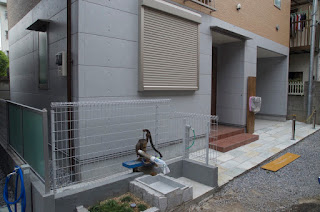 The other pump, and in an ironic twist, the synthetic siding of this house is made to mimic poured concrete.  Anyone who has spent time in Japan has seen plenty of concrete so maybe its not surprising to find it replicated as "fancy" siding. 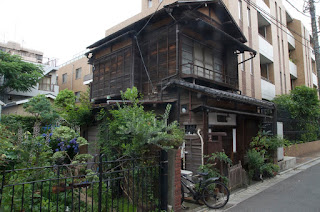 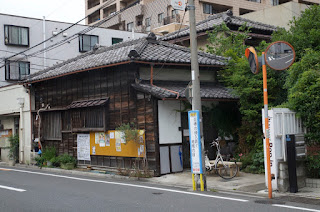 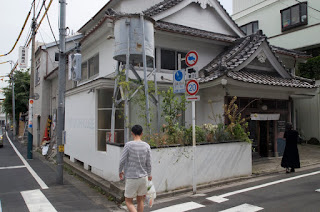 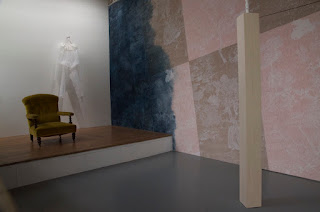 ... and the current exhibit. 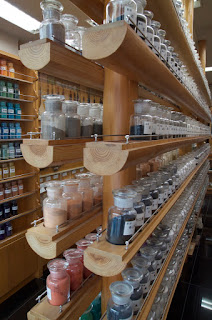 I was intrigued by this store's shelving then realized these are all jars of paint pigment. 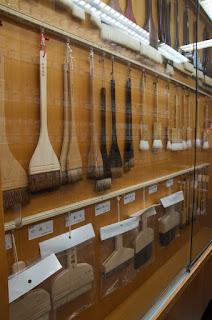 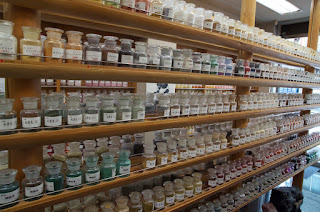 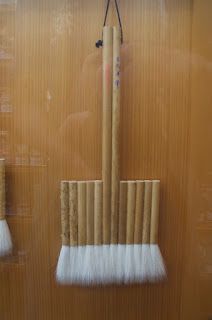 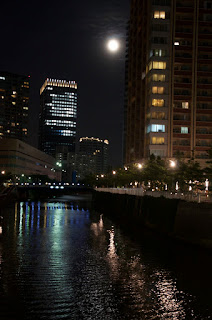 Posted by Douglas Brooks at 5:50 PM