I sometimes jokingly call myself a wasen jishaku (Japanese boat magnet) to the amusement of my Japanese friends.  On the day-long drive to Tokyo yesterday we did run across a tourist boat company in a Geibikei Gorge in Ichinoseki City.  Traveling through the mountains I was struck by some of the massive old farmhouse complexes, but we pulled over for the gorge.

This company has been in business for about 90 years.  One of their sendosan, (boatmen) builds one new boat every year, and he said the design has remained unchanged, perhaps a bit bigger. 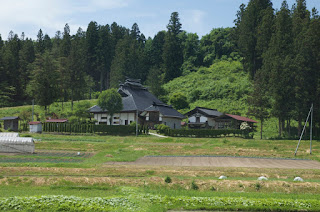 A farmhouse complex, with house, barn, storage and a fireproof storehouse, or kura. 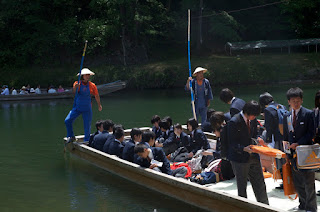 Two sendosan (one a woman) waiting to take a school group through the gorge.  The business when we were there seemed heavy on school groups. 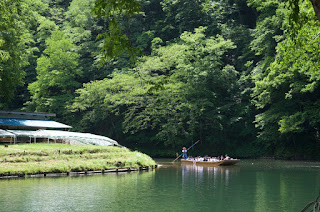 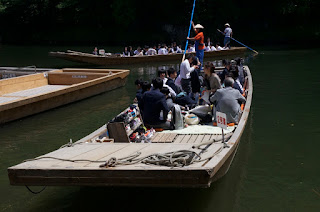 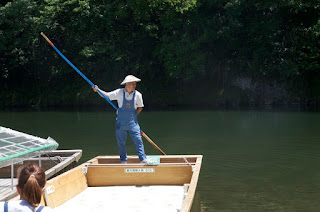 The man we talked to who said he builds one boat a year. 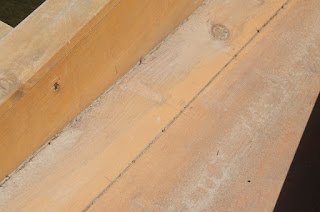 You can make out the traditional plug for edge-nailing the planking.  He told us his methods are traditional. 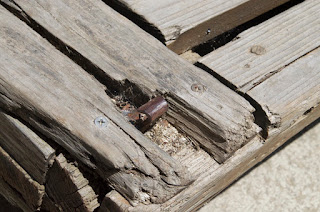 A look at a nail with kind of a rounded over head.  The boatbuilder said they had no problem sourcing nails because there was a blacksmith locally who made them. 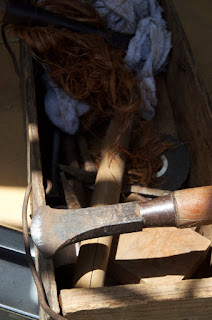 He did say makihada, the hinoki bark caulking, had become impossible to find.  You can see some here with one of his caulking irons. 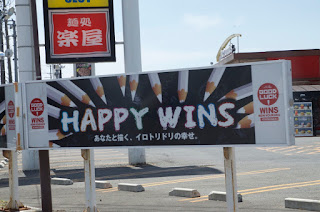