A few days ago I took the bullet train into the mountains to Echigo Yuzawa, then a local two-car train to the Shinano River Valley to Tokamachi.  I believe the Shinano is the longest river in Japan.  My friend Yoko had arranged for me to visit the local museum and measure an interesting river boat they have in their collection. 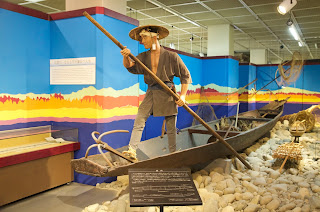 This is a pretty unusual style of boat for Japan, very low, long and narrow.  To me it looks like something you would see on the Mekong River and not here.  It intrigued me and I wanted to measure it because, among other things, I might teach a class in building this boat.  This boat is almost thirty-five feet long but just over three and a half feet wide. 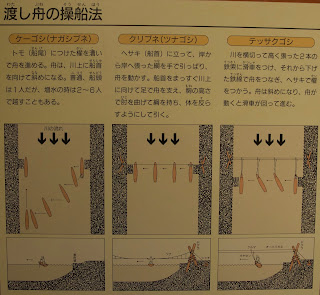 They were ferries as well as fishing boats.  They ran on a line, moving across the river using the power of the current. 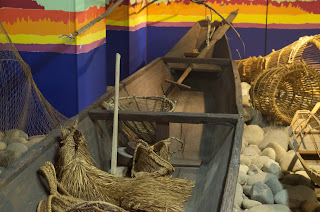 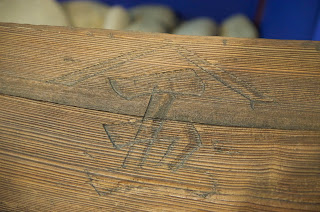 The owner's mark, not the builder's.  In this case it say "Yamago."  The museum director managed to track down the builder of this boat while I was there and I phoned him.  He built this in the 1960s  and he is now 71.  He said he built his last river boat twenty years ago though he still occasionally repairs them, which I found amazing. 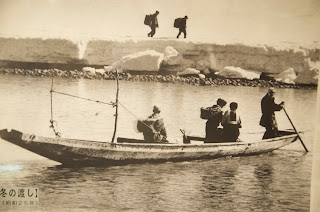 Historic photo showing a boat in use in winter.  Note the snowpack. 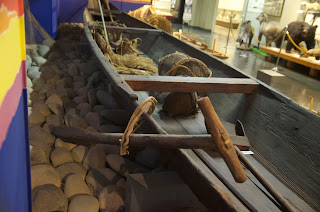 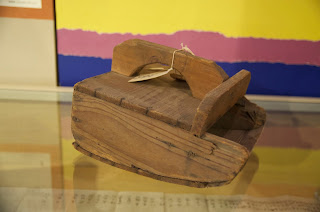 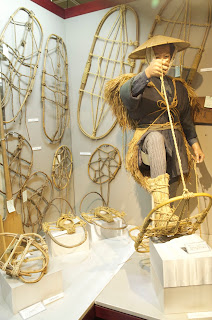 This region has some of the greatest snowfalls in the world, and there are lots of adaptations to deal with it, including snowshoes.  Its a dense, wet snow in this region.  Most of these snowshoes are made of bent bamboo. 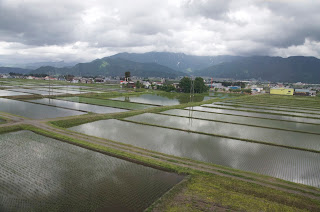 Rice paddies and snow still in the mountains. 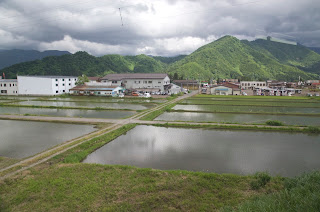 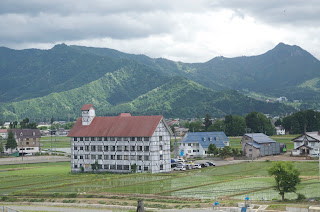 Lots of ski resorts around these days, and European chalet-type architecture.

Posted by Douglas Brooks at 7:51 PM