A Plug for Visitors

Today I finished the bottom of the boat, cutting off all the plugs with an adze and planing both sides by hand.  A bit tricky because the two outer planks on the bottom are at a slight angle, giving the bottom a bit of curve in cross-section. 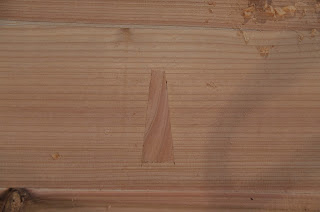 When the plugs are installed tight they create a interesting pattern in the planking.

Craftspeople working in front of the public is a pretty rare thing in Japan, and sometimes I think the audience doesn't quite know how to handle themselves.  I say hello (in Japanese) to most people and most give me a polite bow in return and say nothing.  I am almost never asked a question.  The great exception are elderly people.  I feel extraordinarily lucky that my work has taken me to the deepest rural areas of Japan, because the people there are so earthy.  Already in this project elderly men and women have walked right into my shop to pick up and study my tools, and engage me in animated conversations.  The other day an elderly carpenter told me my chisel wasn't sharp enough.  Today a woman said her father built these boats decades ago.  Yesterday an 85-year old pointed out that boatbuilders mixed wheat flour in their lacquer to put between the planks (a museum book confirms that fact). 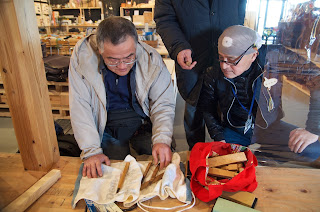 Last night we met the man on the left at an antique shop.  He led me off to another store to look at some old chisels.  Today he appeared with a large bag of carving tools. 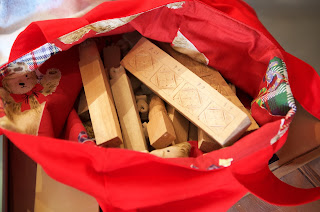 These are his practice carvings. 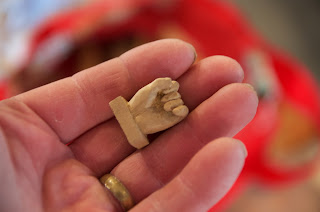 He said carving hands and feet are beginner's projects, and the book he brought was an excellent how-to guide to carving, despite being in Japanese, richly illustrated and photographed. 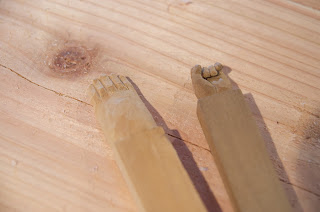 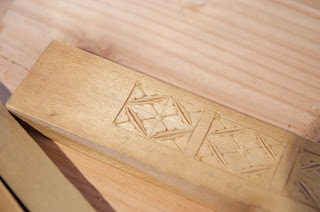 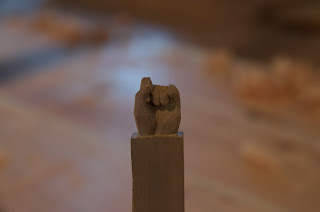 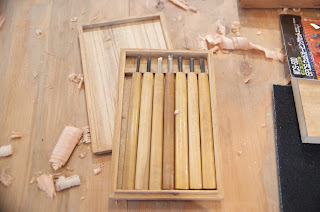 He had four sets of carving tools.  When he was done showing me this stuff he announced he was giving it all to me!  I protested but he insisted, saying he was done with carving and he absolutely wanted me to have it all, book, chisels, two new sharpening stones AND his carvings. 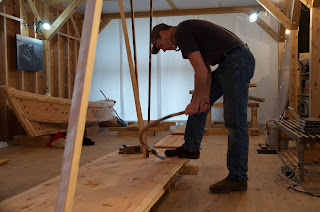 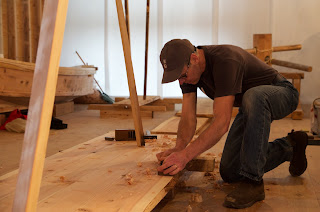 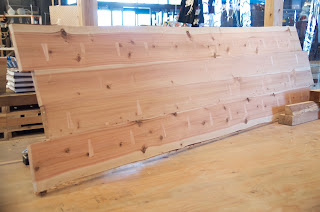 The bottom is normally called the shiki, or soko.  It turns out here in Himi rice-field boats' bottoms are called chiyou. 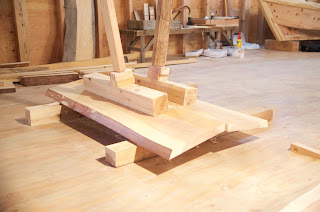 Next up is making the bow, which consists of two planks edge-nailed at a 20 degree angle. 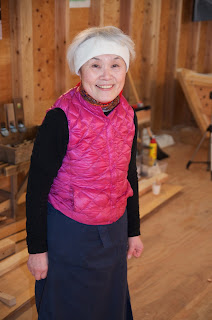 I met this woman at her fish market when I stopped to ask directions one of our first days here.  She's given us fish and today she stopped by to say hello.  I give her a wave on my way to work each morning.  She is the definition of the word "radiant."

Posted by Douglas Brooks at 5:11 AM