Yesterday we wrapped up our one-month Winter Term class, in which sixteen students built a traditional river boat from the Agano River of Niigata Prefecture, Japan.    I taught this class last year and we built two river boats, from the Hozugawa and Kesengawa.  This boat was 27-feet long and both larger and a bit more complex than the previous boats.  Our material was local white pine and a blacksmith made our traditional boat nails.  Our drawings were provided by Mr. Hideto Hatano, a documentarian who has long worked to preserve the culture of the Agano River.  He measured a typical river boat of this region.  There are no longer any working boatbuilders on the Agano. 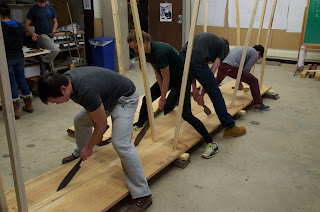 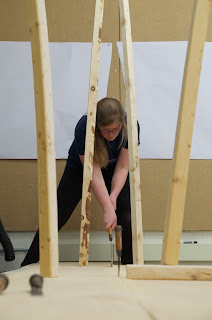 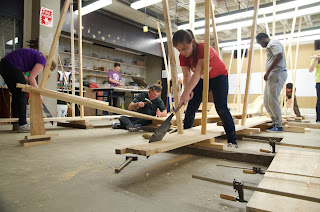 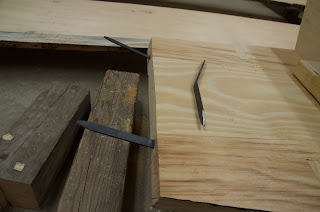 The ends of our bottom were fastened with double-pointed nails and a basic butt joint.  This was by far the most problematic part of construction and I have to admit there must be still be something to making this connection that I don't yet understand.  I am applying for a grant to work with an 72-year old builder of these types of boats and this will be high on my list as a technique to understand. 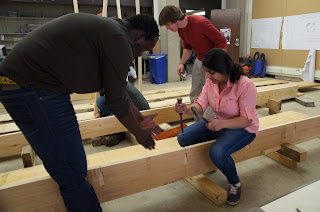 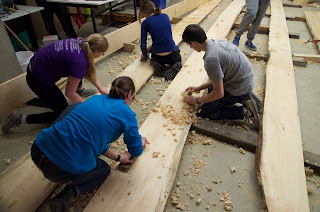 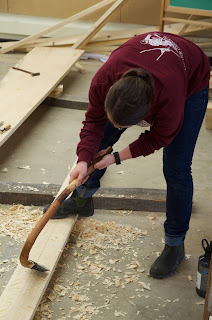 Using the Japanese adze to shape the paddle. 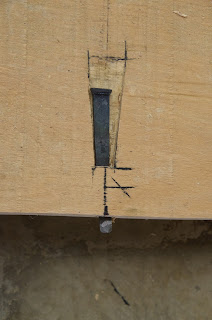 A close-up of an edge-nail, showing the mortise. 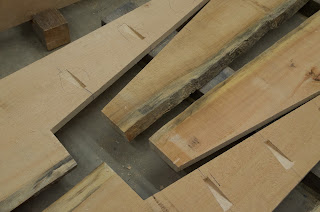 Our longest planks were sixteen feet, so we used a traditional style scarf joint, fastening them with edge nails. 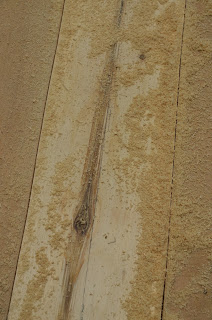 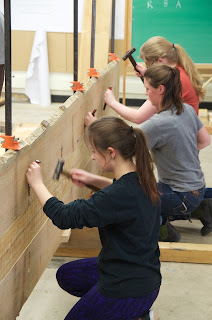 Edge-nailing the bottom boards together. 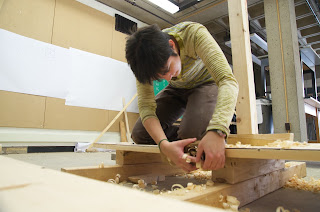 Beveling the edge of the bottom to receive our side planking. 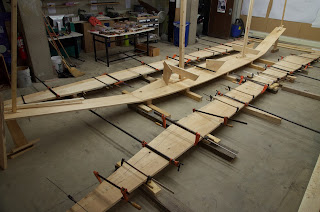 The backbone assembly set up with the side planks glued and clamped.  In Japan boatbuilders use glue between the planks, not for actual assembly - so they say - but as a filler and to keep the seams tightly closed and free from dirt.  In the old days most boatbuilders used raw lacquer, urushi, for this purpose, but then adopted modern glues a generation or two ago, primarily because it was so much cheaper than lacquer. 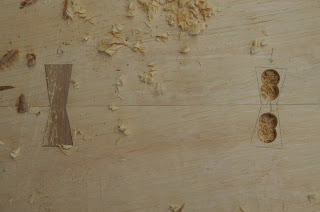 The two planks forming our sides were fastened with dovetail keys, called chigiri in the Agano River region.  They penetrate half the thickness of the planking and alternate on the inside and outside of the boat. 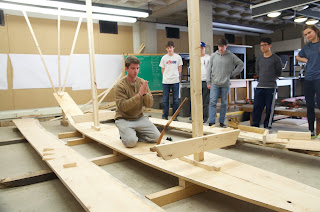 Before attaching the side we had a keel-laying ceremony. 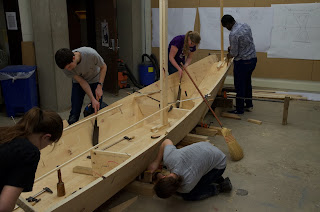 Saw fitting the seam between the sides and bottom is by far the most difficult technique.  In retrospect I wish I had devoted one more day to this, but the one-month time frame brings with it other terrors, like worrying whether the boat will get done on time! 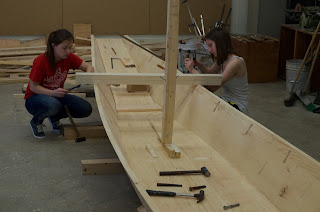 I gave students the challenge of fitting the beams and thwart, a challenge which they enjoyed.  The course was an attempt to emulate Japanese apprentice learning. Again, this goal is problematic given the tight time frame but putting students under pressure is part of the point. 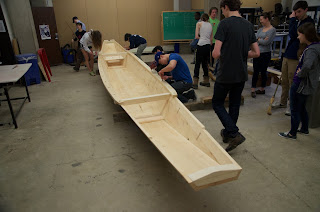 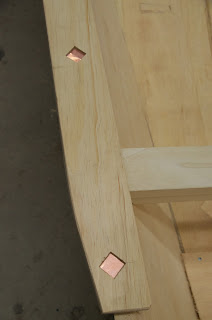 I like incorporating copper where I can in these boats.  In Japan copper plate was used to cover nail heads. 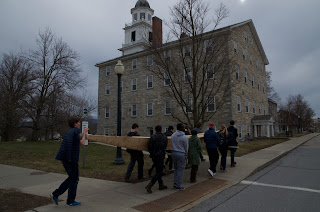 Carrying the boat to launch past Old Chapel, the school's original building.  Middlebury College was founded in 1800. 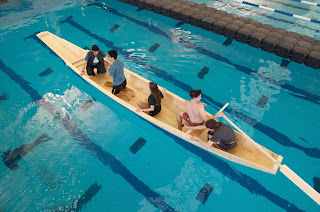 Winter weather forces us to use the pool. 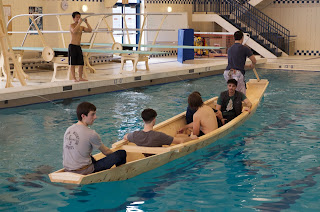 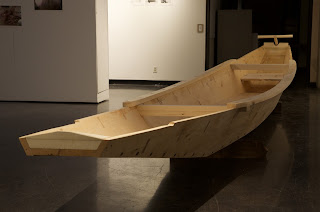 Our class was the subject of an article in the Niigata Nippou, the largest newspaper in the region where this boat design originates.