Today I nailed the two middle boards that make up the bottom of the boat.  The bottom is typically called the soko or shiki, but here the rice field boat's bottoms were called chiyou.  I am using typical flat iron edge nails we bought from my friend Shibafuji san in Kochi City. 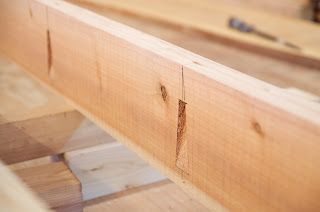 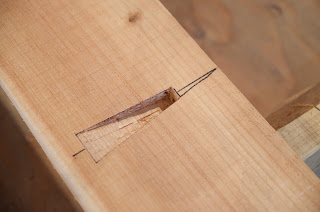 View of the mortise for an edge-nail. 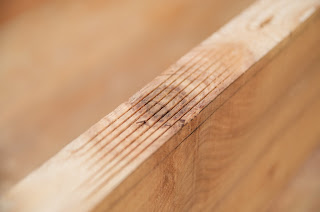 My Tokyo teacher ran a series of saw cuts through any knots in the plank edges.  This was to "soften" them.  Before assembling the planks, and after all that careful sawing, the edges are pounded with a hammer, a technique called kigoroshi (wood killing).  The idea is to compress the wood fibers so when they expand after the planking has been tightly fastened they make an even tighter seam. 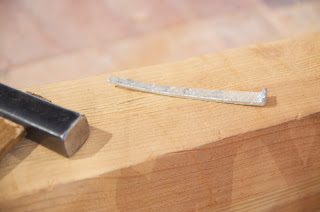 The nails have to be slightly curved 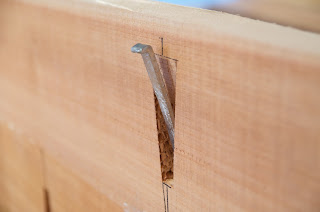 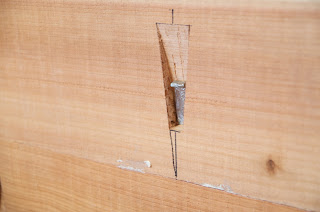 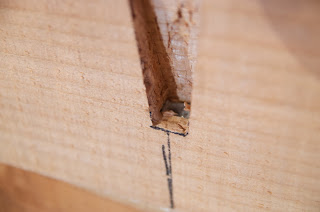 I used a waterproof glue in the seams as well.  Japanese boatbuilders used to use raw lacquer, which had some moderate adhesive properties, but switched to glues.  They don't actually believe the glue holds the boat together (though modern glues might just be strong enough); instead boatbuilders like glue because it keeps the seams from opening up over time.  A closed seam doesn't collect dirt, etc. which can work its way in and cause a leak.  In Japan only OLD boats are caulked, when their seams finally work loose. 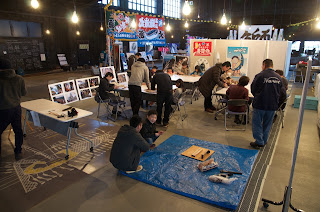 Yesterday the Center had a chopstick making event. 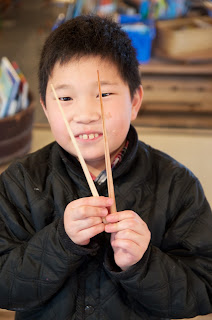 Most of the participants were kids, and what was neat was they cooked big bowls of noodles so everyone could use their chopsticks right away. 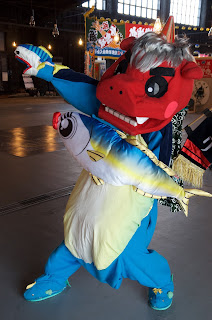 Today we were visited by a costumed character with a buri, or yellowtail tuna.  This is the fish the City of Himi is famous for.  Offshore are huge trap nets over a mile long for catching yellowtail. 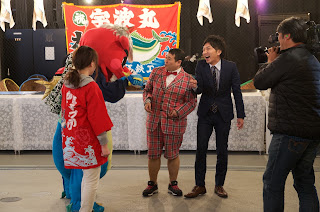 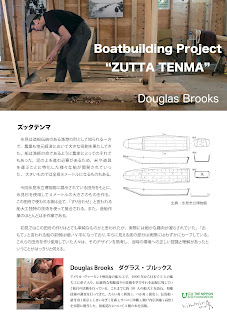 On a more serious note the exhibit sign for my project was unveiled.