Yesterday was my first day off and the folks at Himming NPO were kind enough to offer us the Center's little van for our use.  I am fairly obsessed with Japan's Kei cars, the smallest class of car in a country with very small cars to begin with.  Kei cars are limited to 600cc engines and have cheaper taxes and registration.  They come in vans, cars, pickup trucks and even dump trucks.  I can just shoehorn myself behind the wheel. 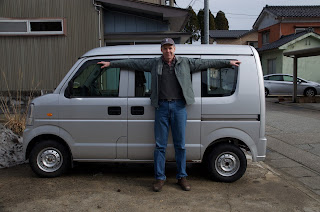 We drove up the peninsula along the coast and then inland, visiting an area famous for its terraced rice paddies.  I was taken to this same region two years ago at rice planting.  I got some springtime photos which I posted here. 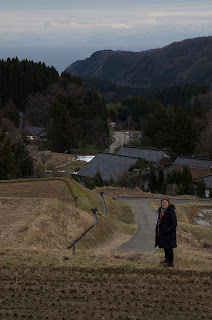 Catherine san on the edge of a terrace overlooking a hamlet, with Toyama Bay in the background.  If it were clear those amazing mountains would be visible too. 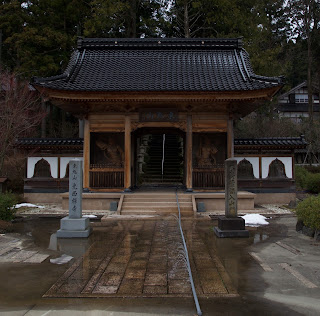 Right near the rice paddies was a temple.  The gatehouse was relatively new. 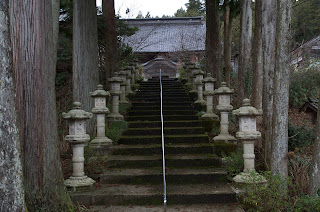 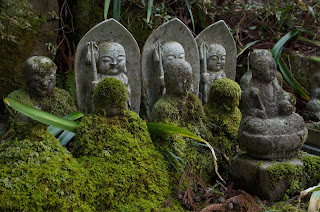 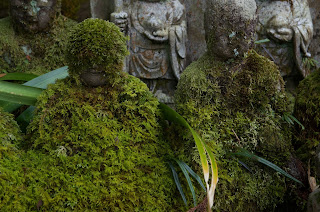 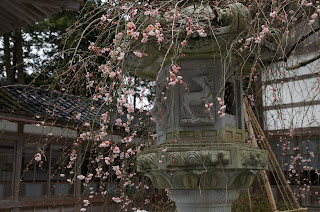 Cherry blossoms!  There was still snow on the ground up here. 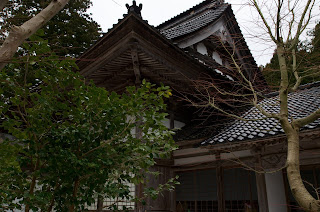 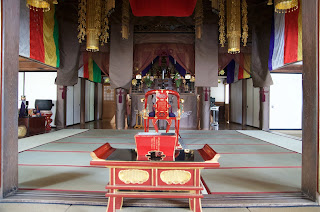 A view of the alter. 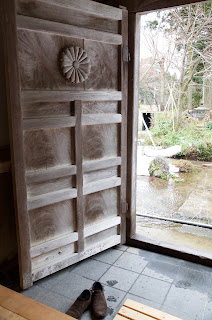 My shoes at the door of the temple. 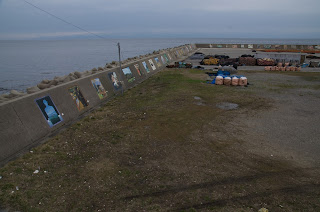 Back on the coast we found a fishing village with an art exhibit. 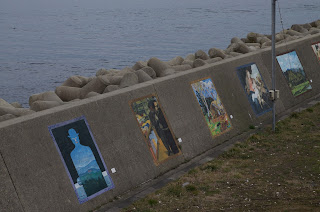 The entire seawall was painted in versions of famous art.. 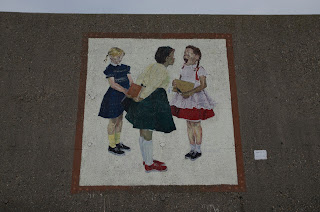 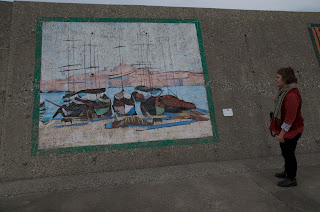 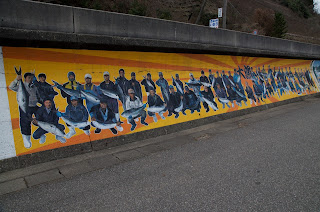 On the last panel was a long portrait showing all the local fishermen.  Have no idea who's idea this way but its really very charming.  We saw Degas, Picasso, Warhol, Klimt, and more represented. 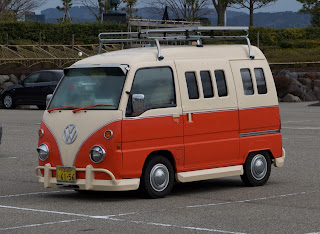 Ah, a kindred spirit.  This is a Kei van very tricked out with a fake VW badge.  The funny thing is these Kei vehicles are less than $10,000 but there is a small group that must easily spend that much or more customizing them.  As much as I like them I have to admit they are not built to last. 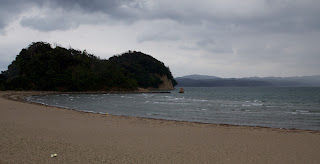 A view of Nanoa Bay. 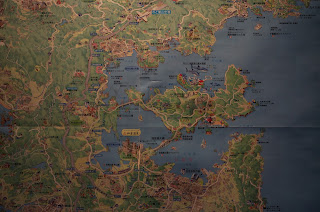 I am really intrigued by these two large bays, with Noto Island in the middle.  Japan does not offer much in the way of sheltered waters for small boat sailing and this strikes me as a small boat paradise.  This trip we drove around Noto Island and I really want to come back here in nice weather. We saw about eight sailing yachts today, which is a pretty remarkable number for Japan. 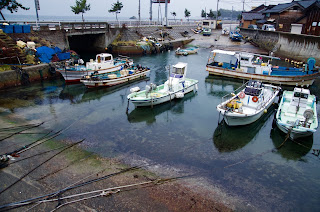 On our way home down the coast we stopped at this port.  The entrance was this tiny opening under the coast road.  Well protected, but a tight fit.  On the US west coast the little harbors were called dog hole ports, and I'd say this qualifies as one.

Posted by Douglas Brooks at 5:24 PM