I installed the boat's single beam yesterday which left the forward deck to install today.  Then I went around the boat planing various ink marks and other small details.  By lunch the boat was done.  Everyone is happy.  I'm very pleased with this design and how it came out.  It had some surprising challenges but its a great little boat. 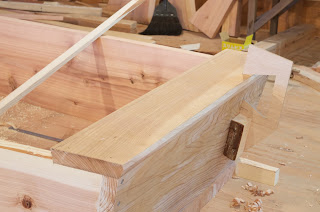 The stern deck drops into a shallow cutout in the planking.  I used my gauge to make sure the nails went through the middle of the planks. 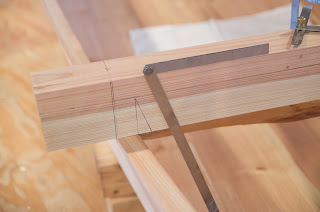 Layout for the beam, which is shouldered into the side planks. 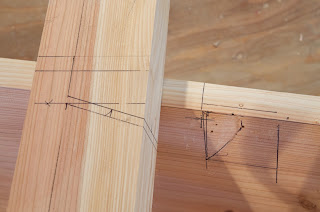 Beam and mortise layout.  I'd explain in more detail but it probably more fun for readers to figure out.  Actually this may be the most favorite part of my Middlebury College Japanese boatbuilding class, where I ask students to do this layout and provide them no help. 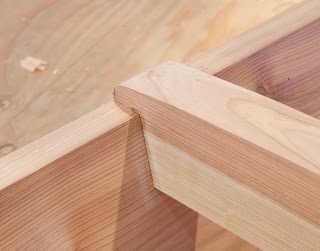 The beam shouldered in the planking.  A single large wire nail enters from the outside planking into the beam. 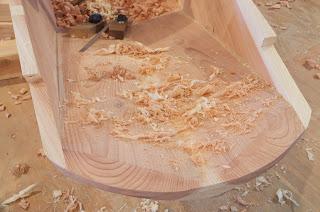 Cutout for the deck at the bow, flattening the planks ends. 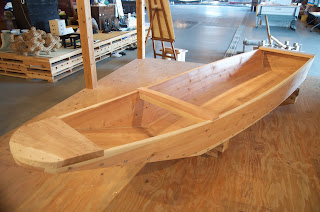 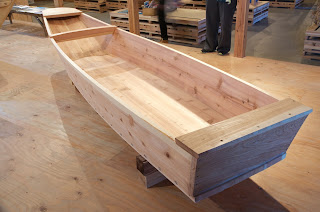 Simple looking boat but it had its challenges, that's for sure.  We got some coverage on the project in the Nikkei newspaper. I revisited Yamaguchi san, the 90 year old boatbuilder, this afternoon.  His shop is over a hundred years old, he said. 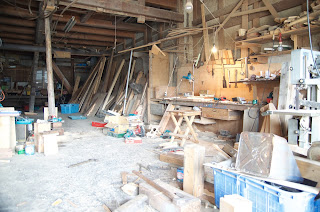 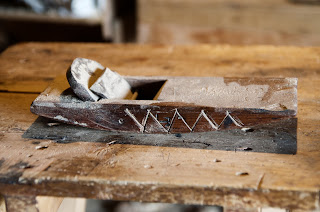 Look closely and you will see this plane has a curved bottom, which he made from a standard plane.  He said it was for planing the back of the stems of his boats.  The sawtooth carving is for a better grip.  He built 15 and 16 foot boats, nearly a hundred in all. 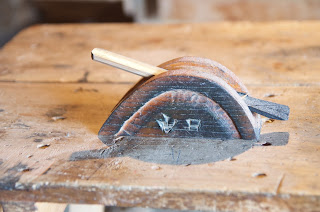 His spiling gauge, which he made.  His name is carved in the side. 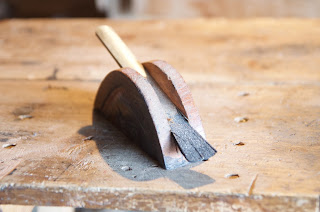 The bamboo pen fits tight and can be shifted to various heights. 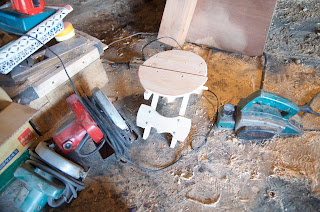 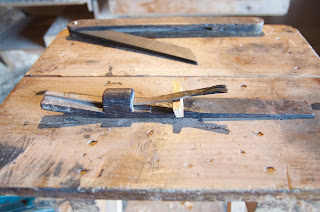 In the background is his bevel gauge, which he said he made in 1945, when he was twenty.  In the foreground is another type of spiling gauge.  The base of the tool rests on one plank edge and the height of the pen is adjusted with a wedge. 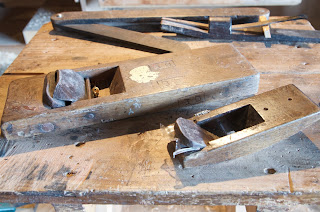 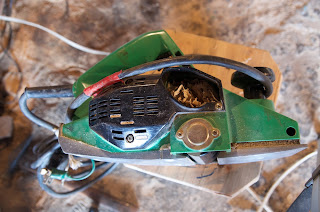 Very wide, very heavy Hitachi planer with a round bottom. 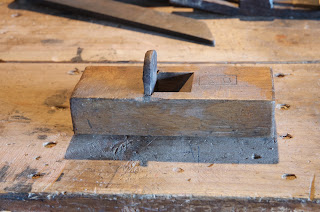 He called this his tateganna, used only for reshaping the bottoms of wooden planes.  You run it across the grain. 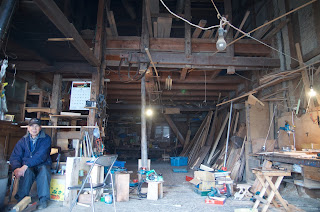 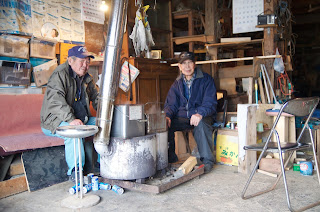 Yamaguchi san and a friend hanging out by the stove.  They had cans of coffee immersed in tins full of water on the stovetop.  We leave Himi the day after tomorrow for five days in Kyoto, then on to Kobe where I start my next boat.