Fitting the Bow and More Boats

We had my mid-week weekend again, and we hit the road in the Center's little van once more, heading north again to stay at a spectacular hot spring resort in the snow by the edge of the sea.  It was called Lamp no Yado, referring to its use of only kerosene lamps back in the day.  They've definitely updated, but the experience remains otherworldly.  It's too much for me to describe so Catherine posted it at her blog.  If you want to join or bookmark her blog go to: https://catherinewoodbrooks.wordpress.com 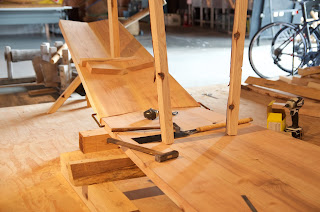 Before our weekend I got to work fitting the bow to the bottom.  In looking at the boat in the museum I am replicating the bow is fastened with four nails.  The curator told me its a simple butt joint.  Bansho san, the local boatbuilder, made one of these boats for the local wetlands park and he told me he was scared of this connection and made a tongue and groove joint across it.  He built sea boats in his career and when I interviewed him two years ago, he said sea boatbuilders like himself looked down on builders of rice field boats.  That's why he didn't have any experience building one.  Funny, because I am now building the rice field boat I talked about in the blog post linked above. 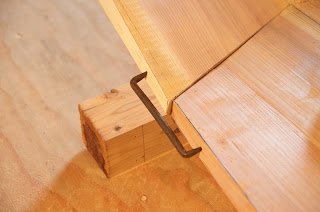 I used dogs to clamp the parts together.  A Japanese boatbuilder will have dozens of these and use them everywhere, often if very creative ways. 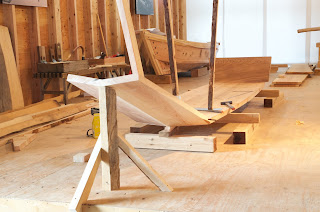 I made a firm post to hold the bow, attaching it with a screw. 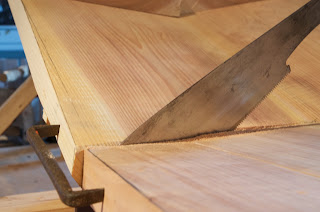 Then I began sawing between the bow and bottom 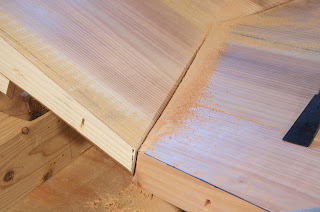 Its a bit odd to work into the peaked corner but in short order I got a pretty tight fit. 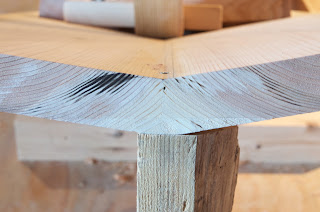 As an aside, you can look in the center at the fit of the two planks comprising the bow.  This is the fit possible using the sawing method. 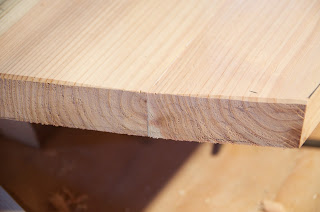 Because I am very worried about this butt joint, I borrowed a technique from Okinawa.  In those boats there are two timbers, albeit much larger, joined with butt joints, and my teacher used the saw technique, then pounded the end grain with a hammer, then sawed some more.  See here.  I think this creates a tight fit in wood that will swell very tight.  I thought it was worth trying here.  The photo shows the end grain after hammering. 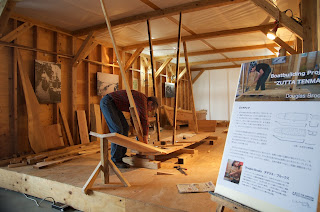 And sawing one last time. 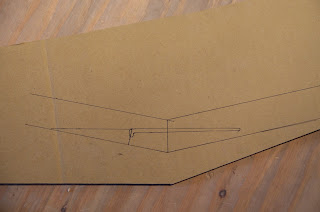 I laid out the fastening full-size in order to get the pilot holes right.  Note how close the tip of the nail comes to exiting the hull. 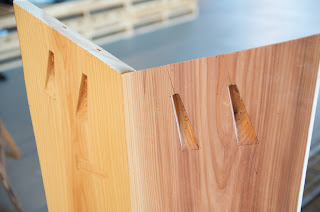 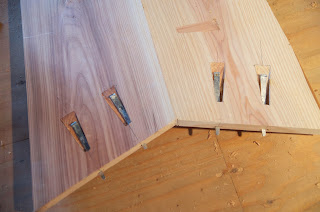 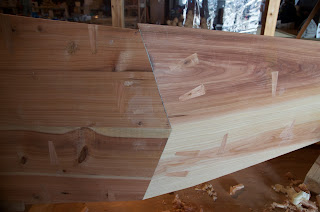 Here are the results: the bow and bottom nailed together and the mortises plugged. 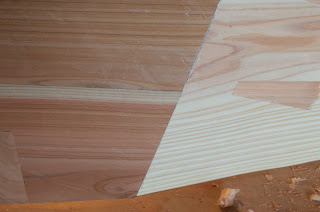 I put glue in the seam which won't have much holding power because of the end grain but should at least fill any gaps like a bedding compound. 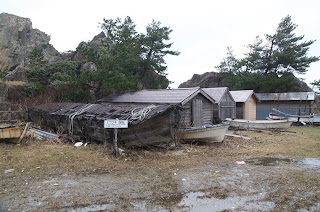 One our weekend road trip we found this dobune, a type of net boat used along this coast.  Catherine and I discovered this boat fourteen years ago and sadly nothing has been done to preserve it.  Since first seeing it, I've learned several maritime curators know about the boat, but the metal roofing thrown over it is now full of holes and providing no protection. 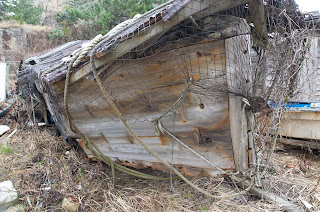 What is remarkable about these boats is they are fastened primarily with dovetail keys.  This boat measures 36 feet long by 8 feet wide. 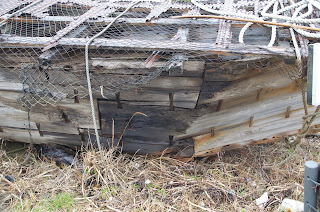 The bow is a simple V, and joins to the sides by interlocking alternate planks, shown here.  The planking is 5 inches thick and that middle plank, which wraps around the sides, had to have been carved out of a timber 8 to 10 inches thick. 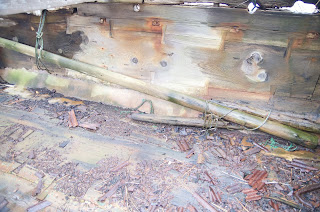 A shot inside the hull. 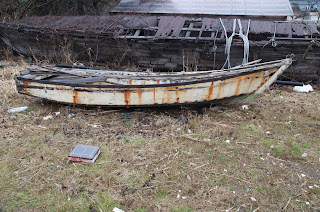 Alongside was a gorgeous little 16-footer.  If we'd had time I would have measured the hull lines. 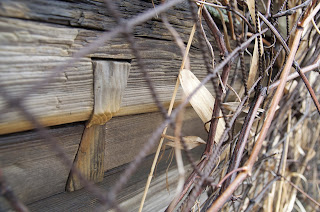 Details: In the dobune I noticed at the thicker rub rail the dovetail keys are cut away, matching the overhanging edge of the timber. The bottom is at least 5 inches thick and here you see both keys and a spike fastening the side planking to the bottom. 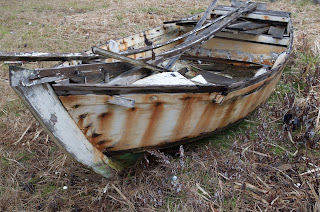 One last shot of the little boat. 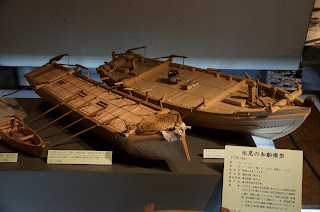 One of the staff of the Center says she would love to see a project to build a dobune.  These boats were crucial to the fisheries here (they still use a fiberglass version) and are legendary.  A model of the dobune is on the left.  The decks were just pieces of bamboo laid across the hull, an easy deck to remove to dump fish in the hold.  It's basically a large, open boat.  In Himi dobune were 45 feet long.  They were powered by four sculling oars on either side and one at the stern.  I suspect the legend is based on how hard this work was.  Build one?  I am all for it.

Posted by Douglas Brooks at 3:07 AM