The other day started early with a trip to one of the staff's parent's home,  located in a small farming hamlet about a ten minute drive from downtown Himi.  Our friend's father has spent his retirement working in the woods behind their house, clearing underbrush and creating gardens.  Once again I will plug Catherine's blog where she writes about our visit here as well. 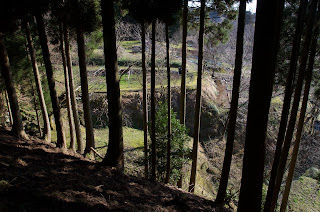 The area is full of old, terraced rice fields, abandoned fifty or sixty years ago.  They create a stepped landscape. 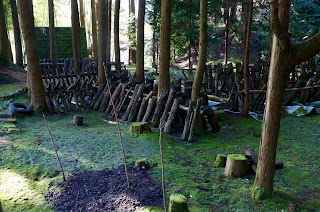 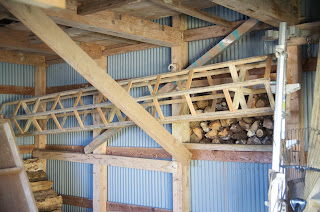 An old tool one would roll through a rice paddy to space the rice seedlings when planting. 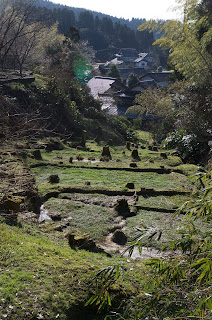 A view down through the paddies to the village. 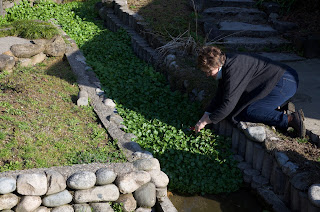 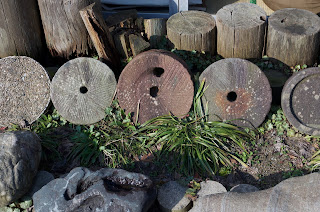 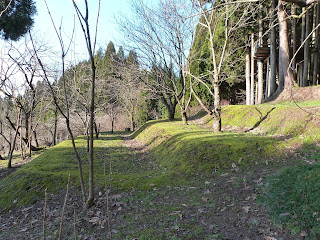 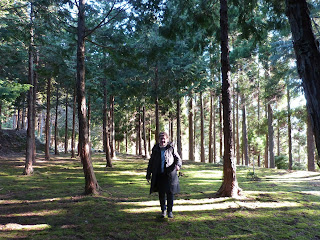 Catherine on an old paddy amid pines. 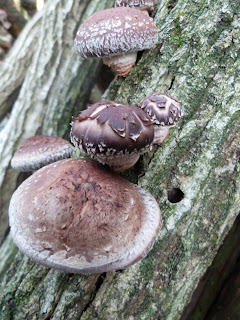 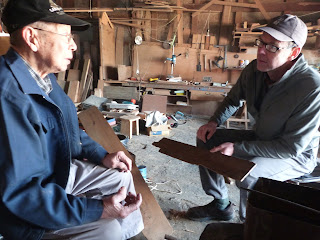 Back in town we swung by the shop of Yamaguchi san, a 90-year old boatbuilder.  He's no longer active but he says he still spends his days in his shop.  He apprenticed with Bansho san's grandfather, and only built wooden boat and wooden molds for fiberglass boats.  He said in the "good old days" he worked from 7am to 7pm with two days off a month.  Here we were talking about two of his plank drawings. 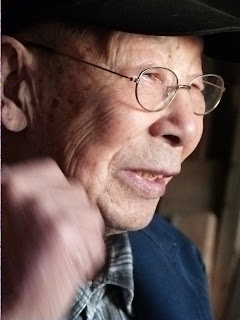 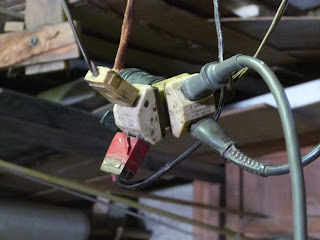 I hope to get back and spend more time photographing the shop.  Its a very old building with lots of character and sadly, he says he thinks its slated for demolition. 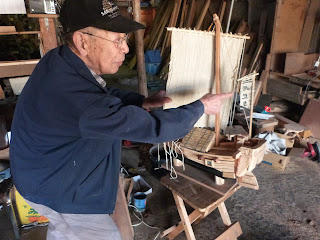 He got out a model he made to show us. 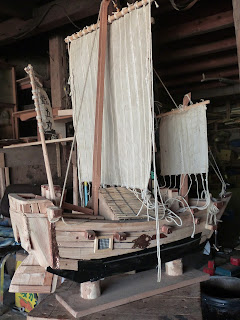 It was delightfully crude, and really full of character. 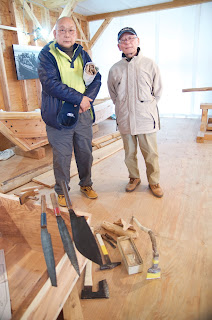 Back at the shop I was visited by Masuyama sensei (right) and his friend Mitsui san.  Masuyama is a naval architect and when he was first studying architecture in Yokohama all students spent a year working in a yacht yard as boat carpenters.  Mitsui san was his boss at the time.  He built wooden yachts while Masuyama did yacht design as well as research on traditional Japanese sailing ships. 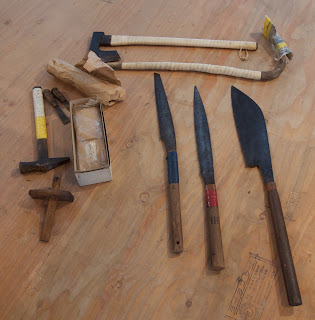 Mitsui san brought a collection of his tools and surprised me by insisting I have them.  As he said, he's not going to use them anymore.  The two narrow saws are for cutting curves.  There is a plane marking gauge, axe, adze, hammer, caulking irons and chisels.  And one classic boatbuilder's saw.  I've put together a gift pack of some of my books for Mitsui san. 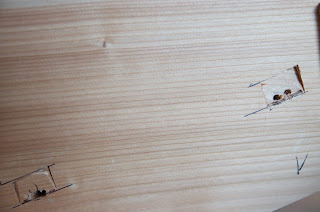 Back to nailing.  One the left I am cutting a small mortise for the head of the nail.  I drill two holes just through the planking.  This is so the chisel I use to pilot the nail holes doesn't split the planking. 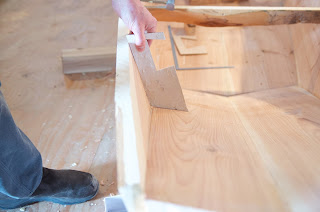 At the bow I made a pattern with the angle between the side and bottom planking.  I need to angle the nails precisely to send them through the center of the bottom planks. 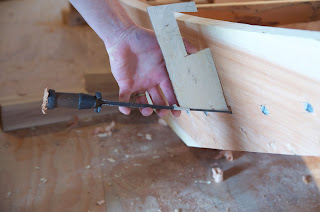 I use the pattern to align my chisel. 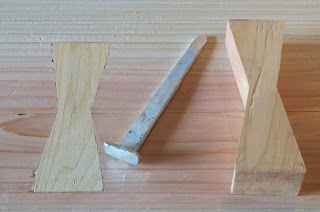 My boat nails, flanked by two chikiri, which is a common boat fastening in this region in larger boats. 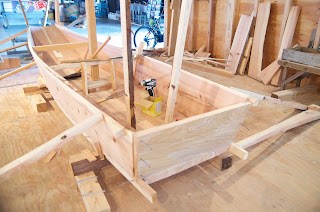 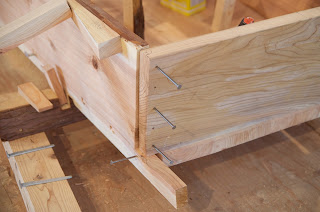 This boat was fastened with wire nails at the transom.  Again, very unorthodox construction with the transom overlapping the side planking instead of vice versa.  On the original boat a wire nail was used at the very end of the plank to prevent splitting. 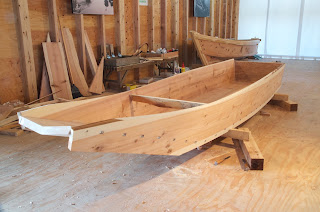 The boat fastened and finally freed from the props.  Next I trim off the excess. 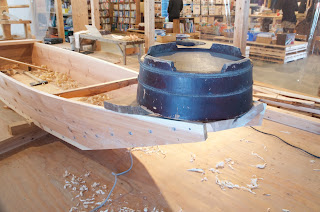 First I used an old barrel to draw the shape of the bow. 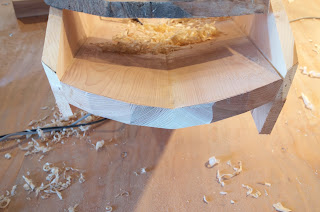 Rough cut with a circular saw. 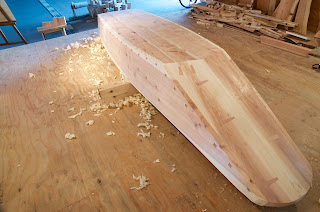 The planking all trimmed and planed flush with the bottom.  Tomorrow is my last day and I fit the forward deck and beam and its done.