A Day Off On The Goishi Coast

We had a partial day free when we arrived here, and Sunday a full day off because Murakami san had an appointment.  In that time we visited some coves looking at boats, saw the local museum, watched the konbu being brought in, and hiked the trail around the Goishi Coast, which makes this region famous.  These photos are odds and ends of those adventures.

The museum and visitors’ center are all new, state-of-the-art buildings.  I doubt they replaced facilities damaged by the tsunami but are the result of the huge spending and construction boom going on here.  I’ve read a lot in the western press about this region being depopulated, backwards and poor but I don’t see any of that here.  Its a gorgeous coast, there are almost no empty homes, and soon this entire area will have some of the best infrastructure in Japan.  Later I hope to photograph some enormous earth-moving projects underway nearby.  A mountain is literally being leveled to create a raise area for housing, with the earth transported near the coast for a huge seawall. 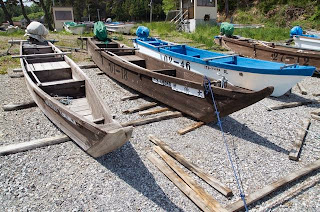 The cove just below Murakami san's house has several isobune, all built by him.  The white boat is a fiberglass version. 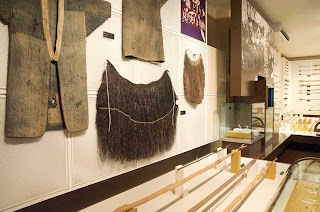 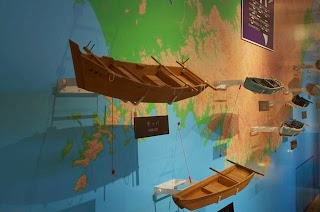 The museum's boat display called the small fishing boats kakkobune and the term seems somewhat interchangeable.  The meaning of "kakko" is a bit of a mystery. 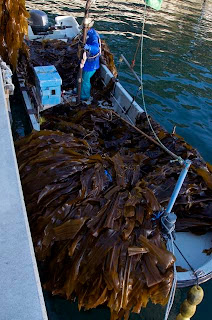 Fishermen unloading konbu at dawn.  They told me they started at 3:30 am though konbu is raised on nets so I don't understand the need for such an early start, but perhaps it has to do with getting catch to market. 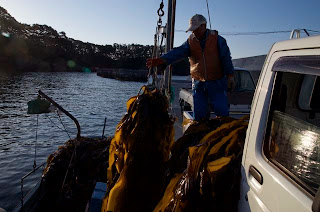 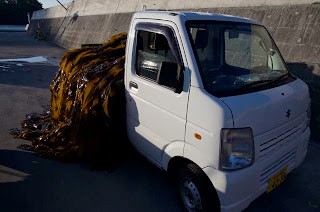 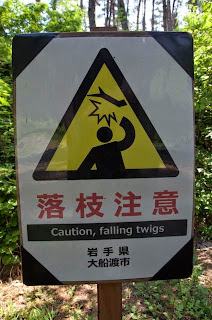 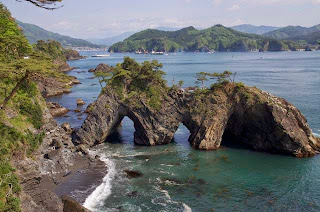 The famous Rainbow Rocks on the Goishi Coast. 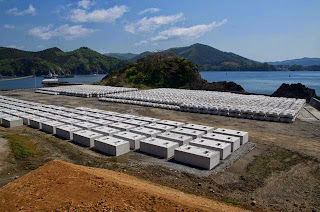 Concrete blocks ready to be place for a new seawall.  In the background is the entrance to Ofunato Harbor, perhaps the best harbor on this coast, and a city hard hit by the tsunami. 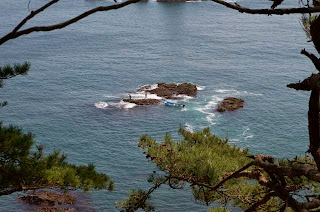 We watched these fishermen gathering something from these rocks.  Occasionally a wave would break completely over the rock but they didn't seem fazed. 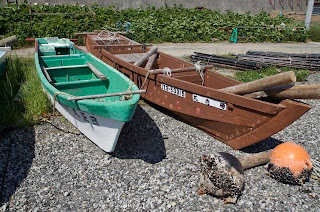 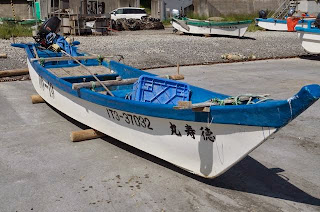 A fiberglass isobune quite close in shape to an original.  Many Japanese boatbuilders and small manufacturers built early fiberglass boats to the exact lines of traditional boats. 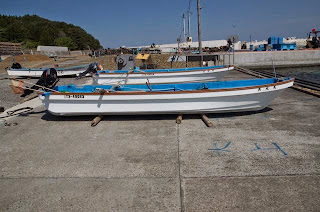 Posted by Douglas Brooks at 1:48 PM