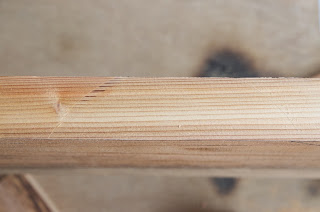 I used Murakami san's method of just running a circular saw between planks to fit them.  Blog posts on other Japanese boats detail the method of fitting with handsaws, called suriawase.  Here you can see a slight saw mark, probably where I stopped the saw to change position.  I did a bit of planing cleaning these spots and then pounded the edges (something Murakami does heavily) right before gluing and nailing the planks together. 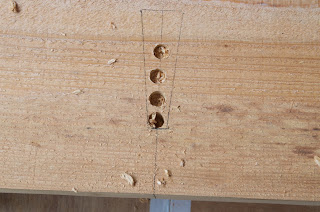 I chiseled all my nail mortises, first drilling out some of the waste.  I have switched her to the traditional nail mortise shape.  Murakami san uses a large drill bit and then plugs them with round, store-bought plugs. 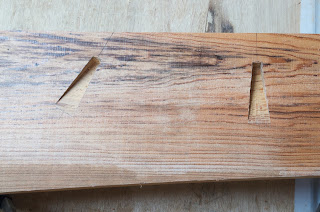 The one angled mortise is next to the stem. 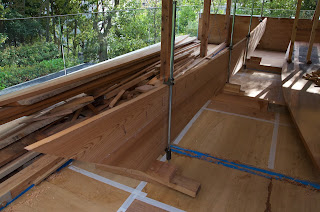 No in process shots of nailing the planks together as it was a warm day and I had glue on the seams.  I have just four pipe clamps and I moved them, closing the seam as tightly as I could, nailing, then moving on. 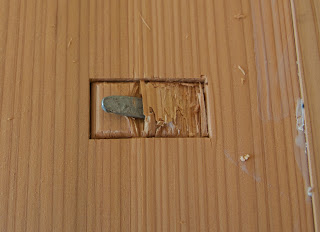 Out of 52 nails total one came through.  It probably missed the pilot hole and because all the nails have a slight curve it traveled in an arc.  The seam is visible to the right. 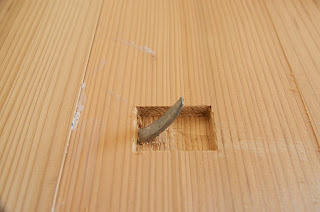 I chiseled a mortise around the point and bent it back... 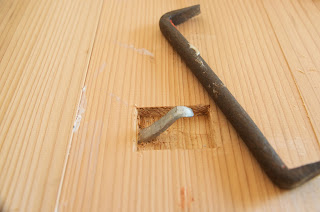 Then bent the tip over one of my dogs... 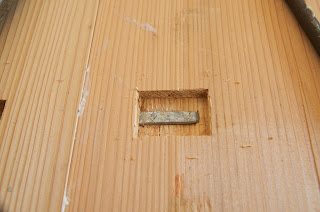 Then clenched it in the base of the mortise and glued a plug over it. 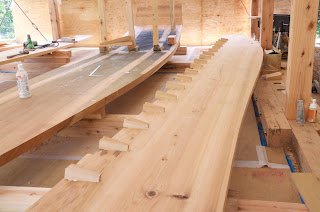 Most of my edge-nails are on the outside of the plank. 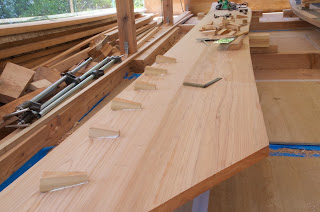 A few at the bow and two at the stern are inside.  This is the way Murakami san does it, but all my other teachers kept all their nails to one side, usually inside of planking. 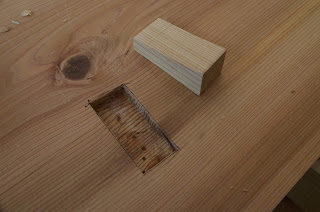 I drilled and mortised where there was a bad knot and plugged it. 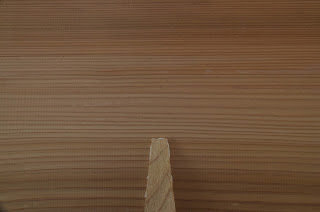 The seam between the two planks crosses the middle of this photo horizontally.  Not a bad fit.  Obviously I photographed a good spot, but actually 90% of the seam looks like this after planing. 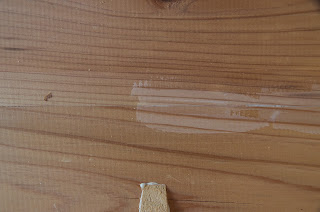 Here's a spot where you can make out a gap in the seam.  I've crammed a little glue in it. 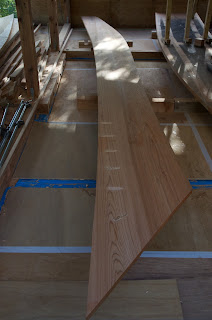 One of the planks with the plugs cut flush.  Tomorrow I plane them by hand and start bending them on the boat.

Posted by Douglas Brooks at 4:58 AM