The Bottom, or Shiki

After gluing and nailing the bottom together yesterday I beveled the edges and made preparations for bending over an open fire tomorrow.  My teacher, Mr. Hiroshi Murakami, and his wife arrived today from Tohoku.  The Museum had planned to invite them at some point in the project and Murakami agreed to come and help me bend the bottom plank, which we are doing as a workshop for 45 people. 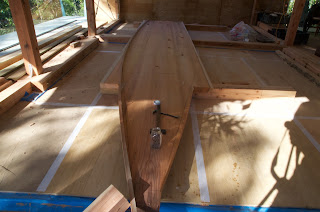 My batten bent to points describing the bottom.  The batten is quite large by western standards.  This is because Japanese boats are made of very thick material which therefore limits the amount of shape that can be achieved.  It would be easy to draw a curve with a thin batten that the material could not match.  As soon as he walked into the shop today, Mr. Murakami noticed I'd made my batten the same size as his. 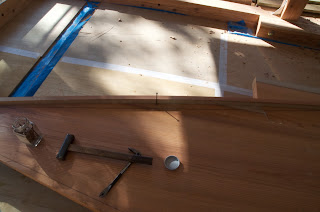 The shape of the hull is marked at bow and stern, and the three stations. 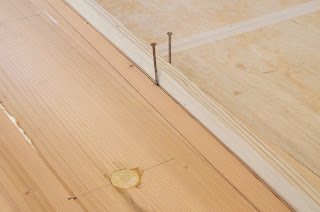 I struck straight lines between each station point and Murakami has an offset to the curve from the middle of each of the straight lines, so in total there are seven points describing the curve including stem and transom. 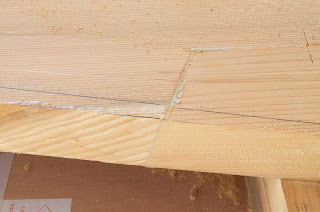 My joint forward, a compound angle that traps the plank when I bend down the bow.  The bottom of this boat will actually drop considerably at the bow.  Ordinarily a flat bottomed boat like this would tend to skid on the water, but by dropping the bow it behaves like a keel and improves tracking. 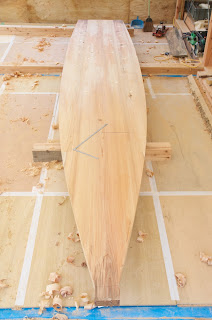 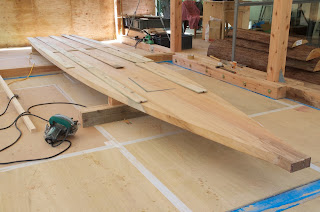 I made thin battens to wet and nail to the bottom tomorrow before bending.  They protect the seams from the flames. 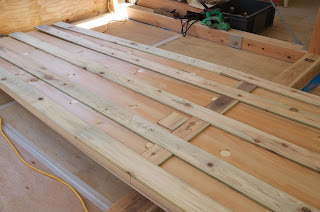 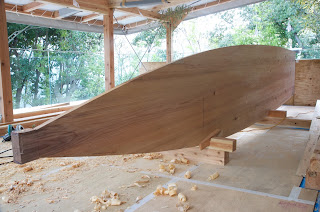 Beveling the edge forward for the flare of the planking. 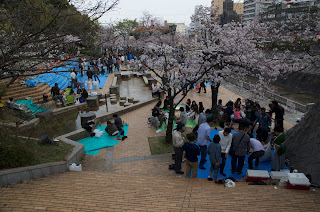 Cherry blossom season has come suddenly to Kobe.  This park is normally very quiet but all day its been full of office workers, families, and friends partying under the blossoms. 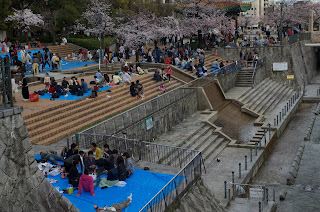 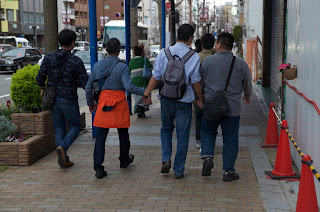 This group of inebriated men was heading home, all holding hands.  In a country where couples rarely hold hands this is truly a sight.  The sublime power of cherry blossoms! 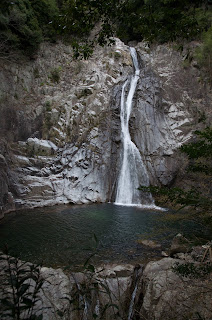 Catherine and I went for a walk in the hills behind Kobe.  This is just ten minutes from our apartment. 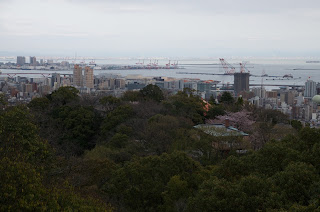 Kobe is a major city squeezed between the mountains and the sea.  This views sweeps around the coast and includes Osaka.  Basically the waterfront is an urban landscape as far as the eye can see. 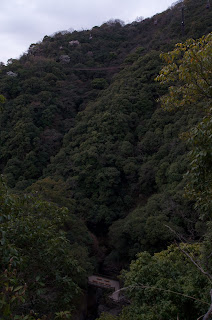 Japan's hills and mountains are precipitous. 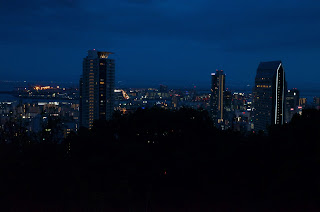 By the time we came back night was falling. 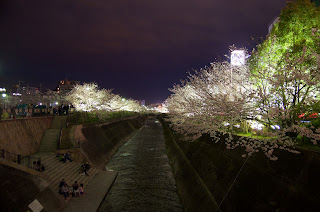 The partying was still going strong, under floodlit cherry trees.

Posted by Douglas Brooks at 4:38 AM