Due to booking issues we had to transfer to another guest house in the village about a kilometer from where we were staying.  It is appropriately named TATALA and run by a woman from the Philippines. 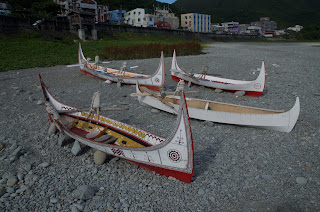 There are only four boats here, the smallest fleet of any on the island. 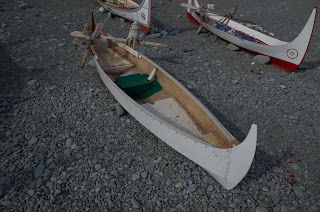 One of the boats is fiberglass, with just the barest nod to the traditional shape of the tatala. 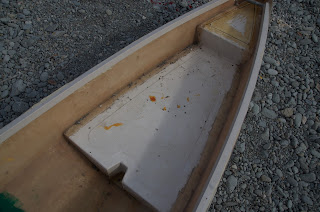 Its pretty well done, with even a non-slip surface molded into the decks. 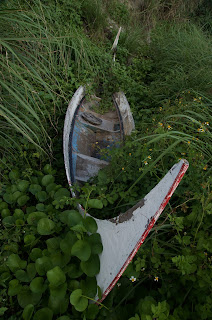 As we were leaving the beach I walked right past this boat.  Catherine alerted me to is and sure enough, its fiberglass and was obviously molded from an original boat.  The details are all there: the inwales, frames, and seats. 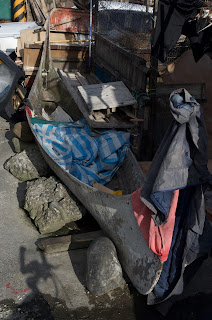 We found another one wandering the back streets and asked the man sitting nearby if he knew anything about it.  Of course he did because he built it, along with four others.  He said three were still active. 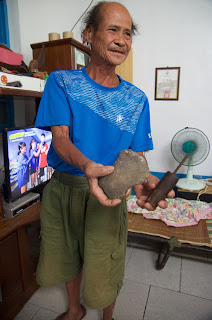 I asked him if he built wooden tatala and he said he had, then invited us in to show us a stone axe (which he said was for cutting plants) and his drill, which was just a tiny gouge.  He demonstrated by saying you hit the gouge with a hammer then turned it.  This is the method used by one type of ancient Chinese drill as well as the momjiri, a Japanese version I have seen just one boatbuilder use. 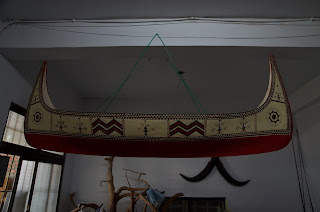 He also had a lovely wooden model of a tatala, about six feet long. 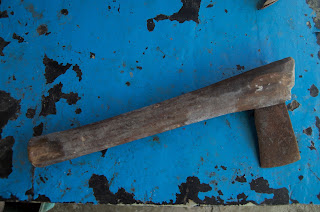 Here is his boatbuilding axe, just a simple piece of flat steel mounted in a handle.  Our conversation was facilitated by his Japanese daughter-in-law and a Taiwanese staff person who speaks English. 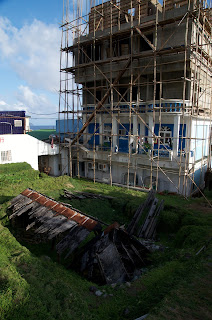 Elsewhere in town we found a traditional house site foundation. 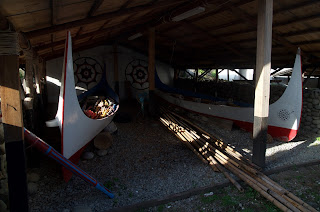 And two large tatala.  There is an annual race in September and each village tries to send a large boat.  The one on the right was older and showing signs of rot.  The one on the left was newer.  Both boats were loaded with oars and other gear.

Posted by Douglas Brooks at 4:33 PM