I will start with a correction: I've been referring to these boats as "tatara" thus far in this blog but at least among the people here it is TATALA.  I know I've seen references using the former but from now on I will use the local spelling.

This morning I was invited to watch a ten-man tatala set sail on a fishing trip.  One of my contacts was invited aboard as crew and he said he would clear it for me to photograph their departure.  In fact a small group of tourists had already crowded around the boat when we arrived and all were readying their cameras. 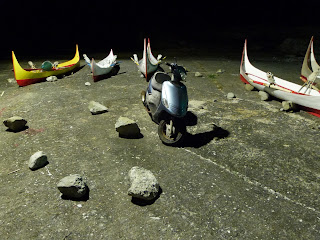 I've been trying to figure out exactly when the fishermen go out.  I've visited the harbor where I am staying at all times of day and the boats are always there.  But the other evening I went down and found this: a scooter and a spot with a boat missing!  It turns out the men are fishing in the middle of the night.  One person told me for some reason the flying fish are only being found after midnight and another said fish caught at night taste better (!).  So I went down at 5am the next morning and I was too late; all the boats were back and people were already cleaning fish. 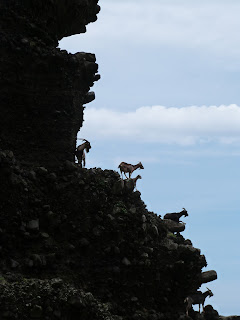 We did rent a scooter and headed out to make our own explorations of the coast and visit all the villages with boats. 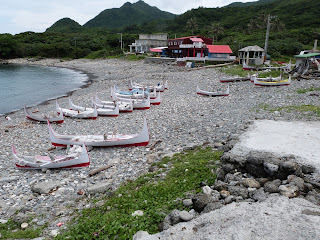 On the north side of the island we stopped in Langdao Village, which has a sizable fleet. 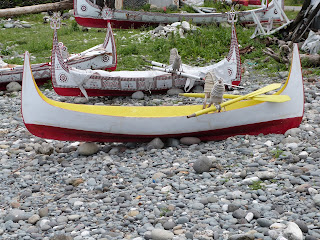 I noticed how some of the smallest boats here had pronounced rocker (curve) in their keels. 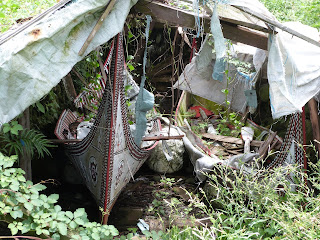 There were also quite a few boats obviously left derelict in a warren of old boathouses just off the harbor.  Some of these boats are still serviceable, but definitely could still be preserved for display. 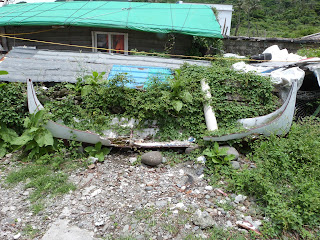 I've got an article giving the botanical names of all the woods used in these boats, but in poking around its clear its a very light, porous wood and obviously not very rot resistant.  I've been told boats that are well cared for still only last about fifteen years. 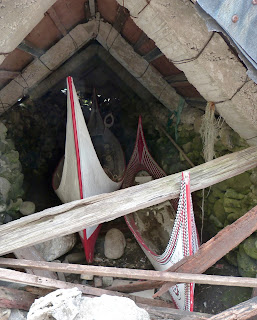 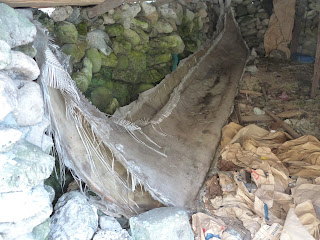 It had to happen: someone started to make a pair of boat sides out of fiberglass.  It looks as though they are trying to lay up the two halves of a boat.  The way to do this would be to take an existing wooden boat and use it as a plug to make a mould.  I am not about to tell anyone that, however. 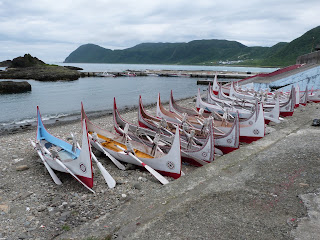 The most active fleet is in Dongqing Village on the east coast.  Once the season finishes the fishermen here let tourists ride their boats, the only place on the island this is done. 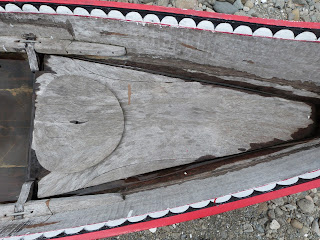 The forward seat is carved of one piece and forms the deck. 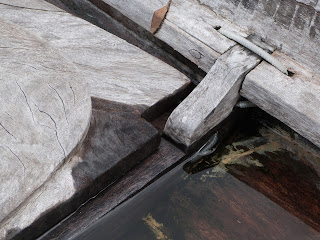 The frame is notched into the inwale and lashed. 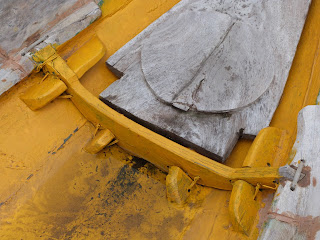 Another boat with a different construction detail. 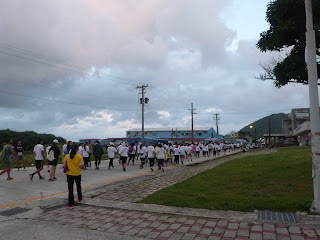 I was told about a 5K/15K/Marathon event in the next village and decided to get up at 4:30 and run the 5K.  I expected a nice out-and-back course along the coast but to my shock the course ran up to the top of the mountain and back down. The goats took over the course while I was off racing. 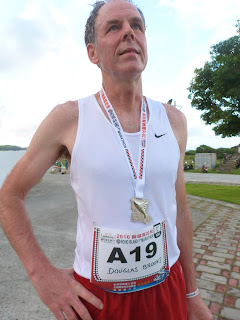 About 1200 feet of climbing in 2.5 kilometers then back down.  Somehow I won and got a flying fish medal.  I can't imagine the marathoners running in 90 degree temperatures with 90% humidity by the time they finished.

Later Catherine and I rode the scooter up to my race's turnaround point to take in the view. 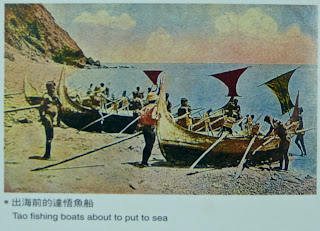 Our guest house has an extensive library and I've been poring over all the books that mention boats.  Here is an a shot showing tatala and their amazing little sails.  Obviously these were just for downwind sailing.  People here claim 400 years ago their ancestors were voyaging to other Polynesian islands. 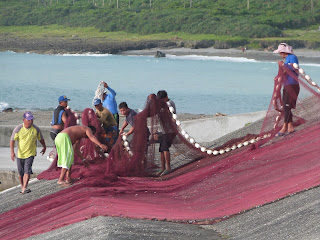 This morning at 7 I was in the harbor of Dongqing watching the fishermen gather their net.  They loaded this into a fiberglass power boat which was to accompany them to the fishing grounds.  The net would be spread and then some of the men would swim and scare the fish into it. 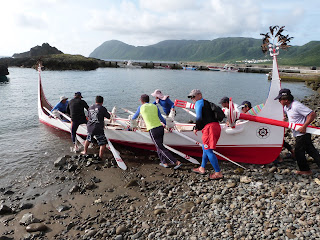 One of the first things done readying the boat was to lash a GoPro camera to the prow at the stern. 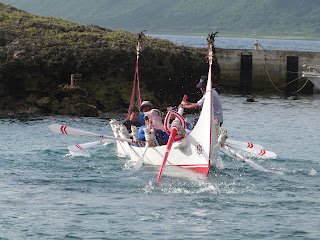 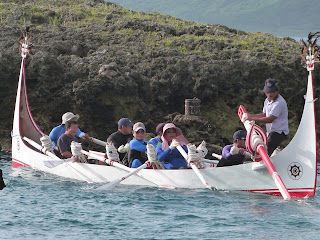 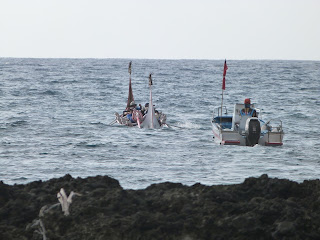 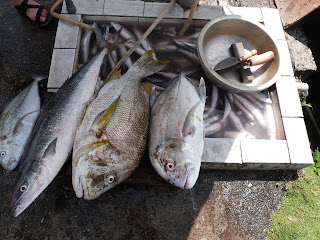 When we got home there was a catch of flying fish and some large fish waiting to be cleaned next to the guest house.