We are back in Kyoto and squeezing in some final sightseeing before heading home. 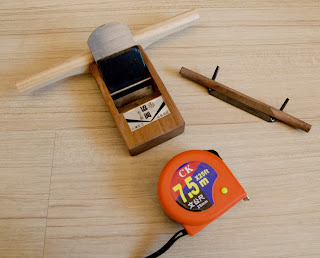 Right before we left Taiwan I bought a few souvenirs at a tool store (where else?).  The handle mounted on the plane is common to mainland Asia but not Japan.  All the planes I've seen in Korea also look like the Japanese versions.  I bought the little spokeshave because it was so cheap (just a couple of dollars) and because the blade was not in a mouth in the tool body, it was mounted just behind the wooden sole.  I am curious to see how this works. 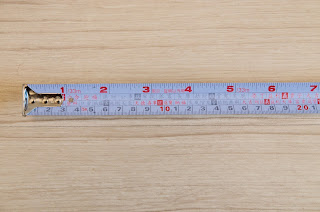 The tape measure is what really interested me, however.  The top scale is exactly the same as the Japanese shaku-sun-bu scale, and used by Chinese carpenters.  The next scale is another traditional Chinese scale and note how dimensions are in red and black.  These denote lucky (black) and unlucky (red) numbers, so if you are building something you try to make sure all dimensions land in the black.  The third scale is for dead things, such as measuring a dead body or building a coffin.  Again there are unlucky and lucky values.  You might think a dead body is the personification of bad luck but the idea is you can make one last kind gesture by building a "lucky" coffin.  The fourth and final scale is metric. 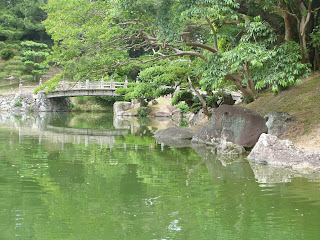 My first full day back in Japan I traveled to Takamatsu and Ritsurin Koen, one of Japan's most famous gardens. 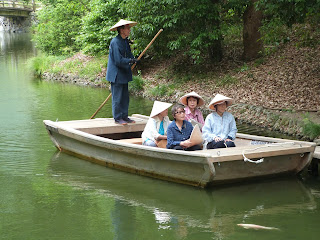 There I had a meeting about building the garden another tour boat sometime next year. 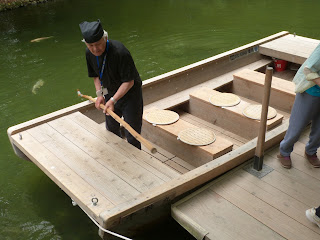 Its obviously a pretty straightforward design, but these tours have proven popular so the garden wants to expand the fleet. 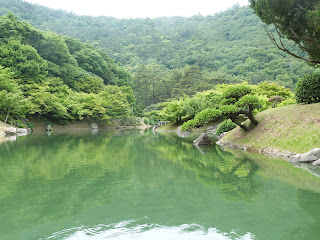 I was taken on a boat tour and it is a very nice way to see the garden.  Ritsurin Koen is backed by a large hill which gives it a wonderful wilderness backdrop. 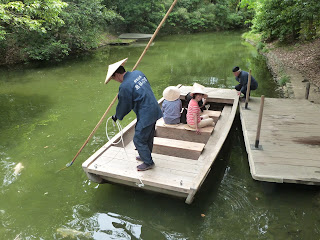 I think I got all the information I needed to start planning this boat. 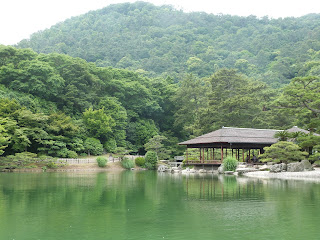 A reader of this blog asked about the saw sharpener's vise and I paid Mr. Nagagatsu Shoichi a visit yesterday.  His vise is hard oak and those are machine screws that pass through steel bar stock.  Note the saw clamped in the vise and held by the wedge driven in on the left. 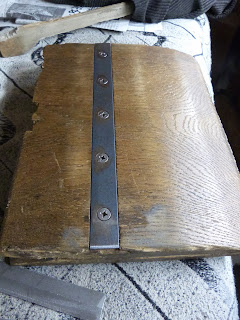 A closer look at the machine screws... 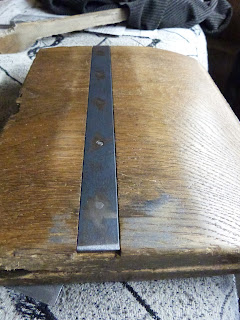 ...which are threaded into a bar on the other side and ground flush.  I expected this to be a looser connection but its actually quite tight.  The jaws only have to open a fraction to admit a saw so there really isn't much play at all in this assembly. 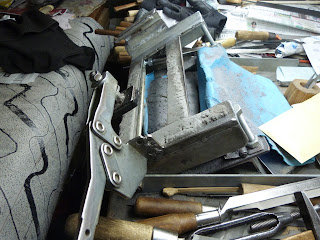 Nagagatsu's apprentices just prop their vises against blocks on the floor, but the master has a custom-made vise to hold his (he works seated on a chair). 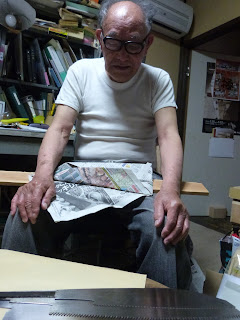 Nagagatsu san told me he had some gifts for me. 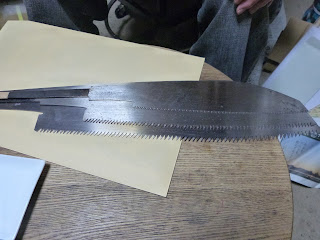 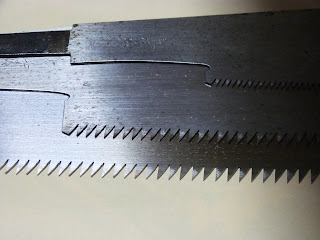 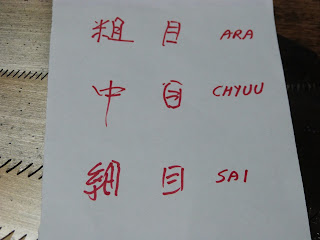 We talked about what these are called: ara, or rough cutting, chyuu or middle, and sai or finish. 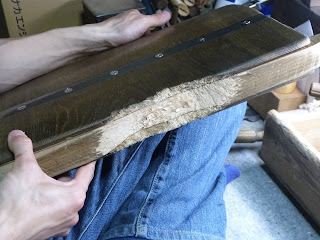 Note the apprentice's vise and the damage caused from pounding in the wedge. 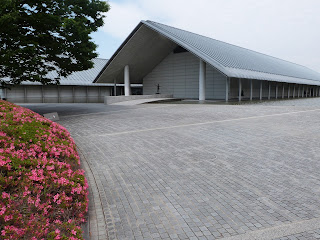 Yesterday we visited the Sagawa Art Museum in Shiga Prefecture. 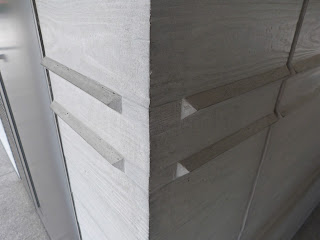 I am normally not a fan of concrete buildings but the finish of these structures was striking. 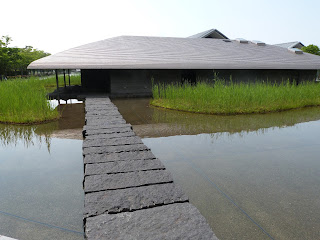 They have a gorgeous modern teahouse built out on the water feature that surrounds the museum. 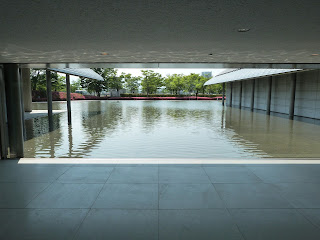 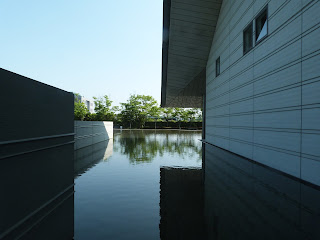 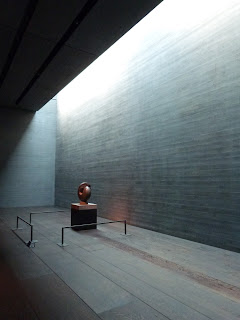 This gallery of raku pottery and stone sculpture is underground, lit by skylights in the pond above. 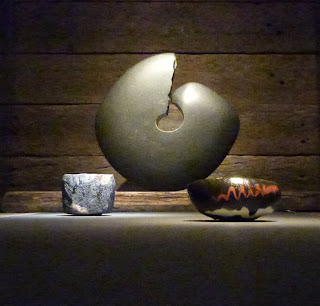 Posted by Douglas Brooks at 6:07 PM