Today is December 7th, and news media in America will be remembering the anniversary of the attack on Pearl Harbor (there is no mention of it in the news media here).  By chance yesterday I visited a cave that is considered a famous site on the island.  I misunderstood the sign and this morning at break when I asked about it, Mrs. Shimojo told me the cave's significance is because islanders sheltered there during the Battle of Iejima. 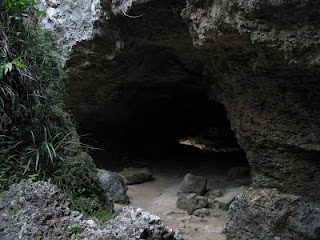 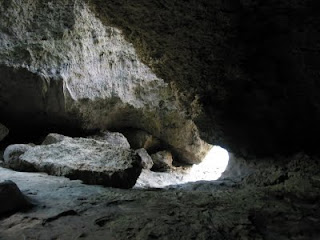 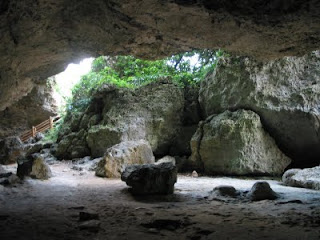 This started a conversation about the War in more detail that I had heard before.  Shimojo san told me that the Japanese Army was taking boys as young as 13 to build defences.  His family fled the island for the main island and he told me that his family lived in the mountains for three months.

Today I visited the local museum at the port and the exhibits featured some USMC photos of the invasion. 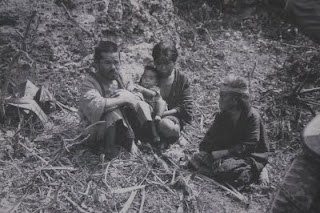 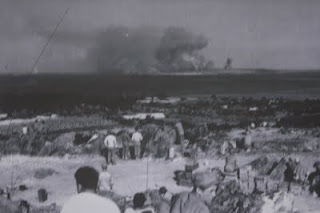 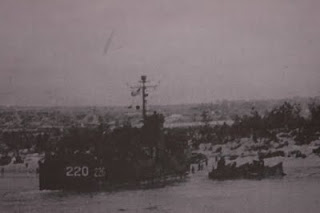 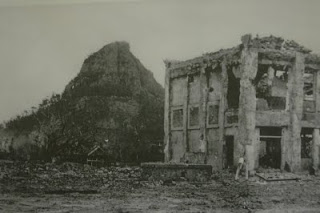 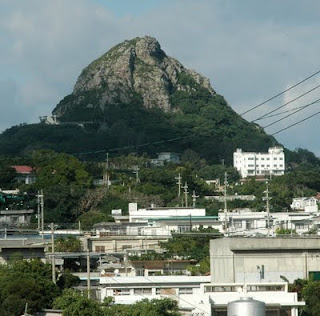 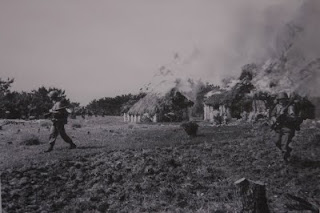 The photo of the civilian refugees is revealing.  Last week Shimojo san was telling me about the "good old days" and he said that when he watches historical dramas on TV he says, "We lived liked that."  He told me that the island didn't get electricity until the early 1960's.  Before that they cooked with firewood.

Tonight I rode a bicycle around the island and saw the old airfield where the official letter of surrender from the Emperor was flown by three Japanese bombers and then carried by US aircraft to MacArthur's headquarters. I found a building left as is from the battle as a war memorial.  There is also a memorial to the civilians killed on Iejima, with what looks like a couple of thousand names on it.  Shimojo san told me that the American soldiers were buried at one end of the island and later their bodies were taken away.

I also visited the memorial to Ernie Pyle, the famous war correspondent who was killed here on Iejima. 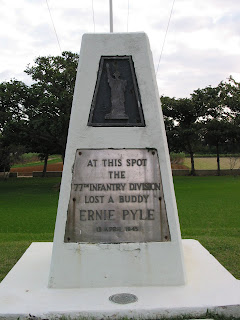 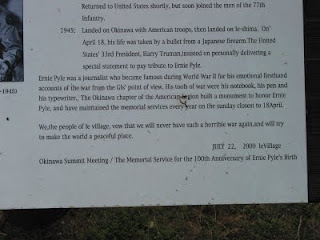 The memorial's message is simple and moving.  The statement from the islanders is similarly compelling.  Okinawa had been annexed by Japan, and from many references Shimojo san has made he considers himself Okinawan and not Japanese.  As for the War, many Okinawans feel that the War was not theirs, but they found their homes become a battlefield.  And after the War Okinawa was essentially annexed by the US.  Thousands of Okinawans had their land seized for US bases, and these seizures increased with the Vietnam War.  Up to half of Iejima at one time was off limits to the islanders, and still a quarter of the island is a US base.  I found this old marker on my bike ride today. 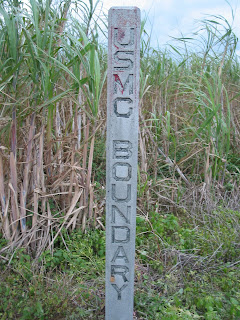 Today Shimojo san finished talking by telling me that while his oldest brother is in his 90's and lives nearby, two other older brothers were killed serving in the Japanese Army.  At that he fell silent, and after a minute or so he got up and we went back to work.
Posted by Douglas Brooks at 7:57 PM